Dead Upon Us is a completely new kind of zombie survival game that seamlessly combines major elements from both a first person and real-time strategy game. You take the role as a group leader and as such you are tasked with designing and constructing a safe haven for your people, leading the community in local and political affairs and most importantly keep them alive.

The world of Dead Upon Us takes you many years into the apocalypse. Prior to the Outbreak, the world was in a very dangerous biological war (the Greatest War), that wiped out almost 40% of the worlds population before its end in 2001. After the war, the world experienced a peaceful state for 12 years. On the day of the celebration of peace, a terrorist group strategically deployed the viruses unto major cities around the US and others countries around the world.

The universe of this world follows a similar path to our own, but has a few divergences that have had a ripple effect throughout history and eventually lead to the end of the world. The key difference, is the existence of the Paradise Corporation, a biological research and technology company. This company was a major factor in the cause of the Greatest War and took a huge hit when it ended. The company moved into creating more commercial products, such as ImmunityMax, an energy drink created during the Greast War that boosted the drinkers Immune system by 200%.

During the Outbreak, the Paradise Corporation lead the fight against the plague, but the viruses continued coexistence and ability to mutate one another as a defense made the task nearly impossible. After nearly 3 years, all known governments had ceased to exist and the new world was born.

Dead Upon Us is a game of survival with the main goal of exploring the destroyed world and raising a colony during the zombie apocalypse. When creating a new game, you are tasked with deciding whether to begin the game alone, or in an existing group. This decision will determine how difficult it is for you to create a colony.

When you first begin in Dead Upon Us you will start in the Fps Mode in a random location on the map with a random variety of supplies. From here you will need to scavenge for resources, kill zombies and other people along the way and complete quests for your colony and other factions as well. This mode allows you to see the world first hand and interact with it and the people who live in it.

Here are a few key points:

With a top down view, you're given an overview of the world. Navigate your survivors to Search for resources, Build a safe haven capable of holding dozens of people, Lead your people locally & politically and most of all create defenses to protect them from the Dead and the Living. With the combination of this and the First Person Mode, you're given a unique advantage in your fight for survival.

Here are a few key points:

In Dead Upon Us, multiplayer is a guarantee, but will most likely happen further down the road. My first goals are to put together a more stable build of the game, and then once I'm there I'll begin implementing LAN capabilities and then move to Online play.

The multiplayer world of Dead Upon Us will give players a few different options. Here are some examples of the planned multiplayer features:

A desolate area with little to no human contact. Mostly filled with zombies, and other dangerous creatures, this is not a place for beginners. Players will be able to journey here as the Leader character in their game, and interact with other players online. Filled with vast rare loot, that is able to be taken and returned to your offline solo game. Scavenging in the Wastes is high risk, but high gain. Just make sure you're weary of other players. No one is your ally in The Wastelands, except for one trading colony located directly in the center of the Wastes.

During your solo gameplay, when you press 'esc', there will be an option that will allow you to open your game to the public. At this moment, you will begin hosting your region and other players will be able to join you and explore your world. You, as the host, will have many options on what other players can do. This is a completely optional mode, that allows you to play with random people or your friends. Opening your game to the public will also make rare loot spawn, but only while its public.

Later down the road, there will be tons more multiplayer gamemodes.

Dead Upon Us Closed-Beta

To be Apart of the Closed-Beta, REGISTER HERE 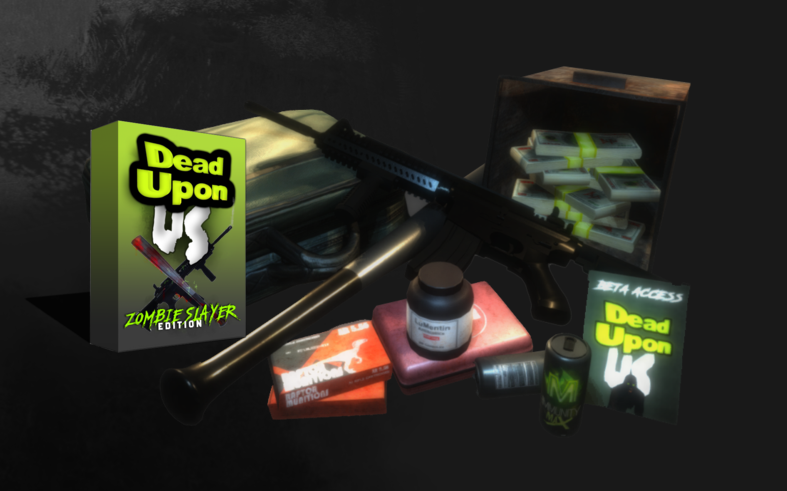 The Multiplayer Closed-Beta is only a few weeks away! To be apart of it you must register so we can create your account for login. We've already received an overwhelming amount of signups, so make sure you're fast to guarantee your spot in the beta!

Note: The only information we require is Name, Birthdate, Region, Email and your desired Username and Password. No other information is required to register!

We also have a Community Discord now! When I'm developing I'm on to Answer questions and Talk with everyone. When The Closed-Beta starts it will be a Community hub and a way to find people to party with! 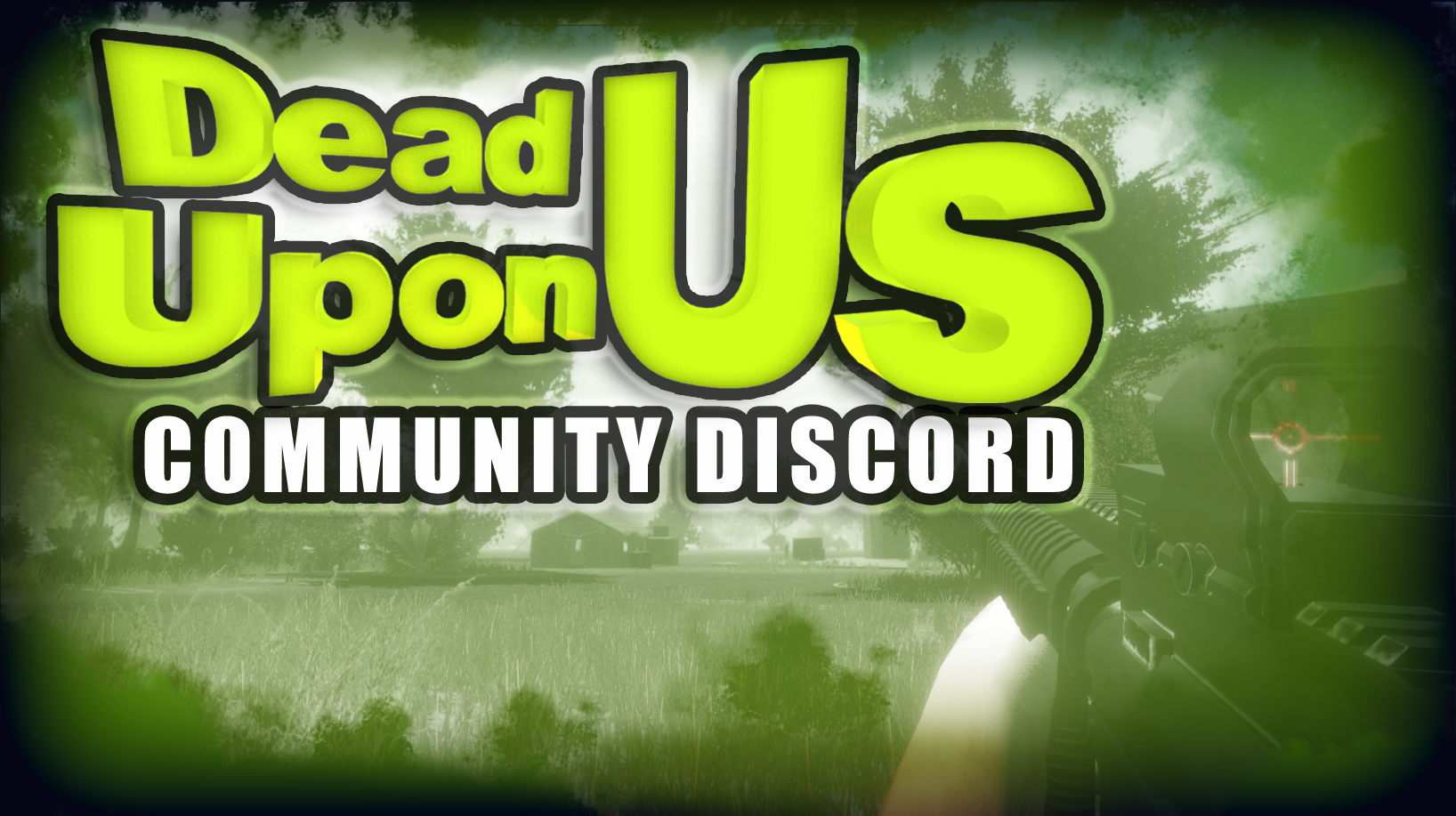 Dead Upon Us is a Zombie survival hybrid game the seamlessly combines RTS and FPS games into one. Officially now on Kickstarter in hopes of getting funding...

New trailer of current gameplay graphics and content. Right in time for Kickstarter! More to come everyday at 4-6pm EST.

This is a detailed list of the last remaining thing's to be done before the free demo is available for download.

"Dead Upon Us is a hybrid survival game that combines both first person shooter & real-time strategy games into one, in a world years into the zombie...

Your discord link has expired.

I sent my email for beat weeks ago still waiting :)

no comments at all? wow. hey from all the rts\fps games i have seen this is the only one that actually is an RTS FPS game. So finally! after 10 years of searching i found the ONE GAME i was searching. i dont know why you are not flooded with comments yet but do not get disappointed!

Thanks a lot for the comment. I really appreciate the support. I know what you mean with your long search, I have yet to discover a game that combines them quite like I'm trying to achieve.

Indie
Twitter
Tags
Embed Buttons
Link to Dead Upon Us by selecting a button and using the embed code provided more...