Dead Meets Lead is every bit and piece of what a challenging zombie-slaying action game should be. Enter the role of the 18th century commander who’s on a mission to obliterate evil, by fighting your way through the island of El Mirando. A mystic plague has consumed the inhabitants of this island and you’ll have to liberate their souls by sword, and travel deep into the island to find and stop the dark minds behind the cursed disease. You’ll have to act, think and move fast if you want to survive the horrors of these wicked parts of the world. And do not hope for any rescue or help, it’s all up to you and you alone!

In the year of our lord 1716, word reached the British shores of a plague like no other that had spread on the overseas islands of El Mirando and Rugged Nest Island. Not before long, the church councils had assembled a force to deal with this new infestation and drive out the evil, since its origin was rumored to be within the dark arts and witchcraft. A ruthless captain was selected as leader for a fleet of vessels filled with god-fearing men, and they were soon on their way across the ocean to liberate the islands.

However, God had other plans, and before the islands were sighted, a storm broke out and the ships were all sent to the depths of the sea. As the only survivor, the captain was washed up on a beach on – oh God’s ways are truly mysterious – one of the very islands he set out to purge. Being a devout Christian, some would even say on the verge of fanatic, the good captain was firmly set on cleansing the island by his own hands…

And this is where you take on the role of the captain and his mission to obliterate the scourge from the islands. Armed with his Spada de lato side-sword, a custom made Halsteiger blunderbuss pistol and an old Bible, you take on several missions on the Islands. Before long you will experience the extent of the plague, how not only humans are affected but animals and other living entities, all turning into dominions of the dark lords. Perhaps you will even venture deep enough into the island to find the restless spirits that has caused this plague themselves, only the brave can tell. But you must hurry, almost all of the villages have been overtaken and only a few can still call themselves human habitats. The challenge is set and the islands eagerly awaits your immortal soul, so all we can say now is;

- seven deadly weapons (three melee and four ranged), including weapons such as the Mace, Blaster and Hand-cannon
- the rage system; the more you kill the more furious the captain gets, and there’s not much that can stop the captain when he gets angry!
- sixteen challenging maps with terrain ranging from sandy beaches, to swamps and villages, and in-land mountain ranges
- easy to learn – hard to master gameplay, there’s always something more to learn in DML. Some of the achievements seem impossible at first, but with the right tactics there’s hardly anything the captain can’t do
- eleven different types of enemies (including three bosses); from the common zombie and their infected cattle to the more mystic beings dwelling in the shadows on the island!
- 40+ achievements to complete
- custom made in-game soundtrack with enthralling tunes by composer Nikolas Sideris from North by Sound

To us, Dead Meets Lead seems like a pretty good start for a mod. It's got a fairly feature-complete editor. It's written in C# and is pretty easy to extend and change. Only problem so far has been that we haven't released the source code, nor the editor. 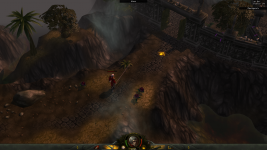 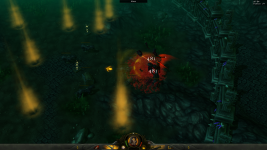 That changes today. We're very happy to announce that Dead Meets Lead, together with our custom game/graphics/physics/sound engine and editor, now are completely open source. We've also created a new installer which bundles the editor with the game, and also makes it easy to open custom maps in the game. 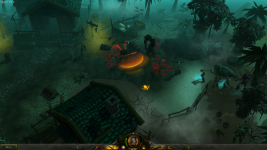 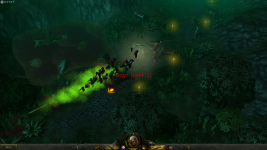 To get the source code: Visit us at GitHub

Two short disclaimers though; First of all, we're not actively working on this project any more, so don't count on updates and/or fixes. And secondly, the code is pretty much in the same state as when we released the game, we haven't really done anything to polish or refactor it afterwards (except a small fix to get maps into a single file format).

Feel free to tweet to #dmlmod if you create some cool maps or mods! (Or post to us here!)

Zombies ate half our price, now it's just [ppbranchg14077price] left

We are lowering the price of Dead Meets Lead to [ppbranchg14077price]

Celebrating the celebration, 60% off Dead Meets Lead all weekend (our first weekend special!)

The Challenge is a demo version of Dead Meets Lead featuring one difficult survival map where you fend off hordes of attacking zombies. Do you have what...

What are the requirements for this?

Just beat the game. Really liked it! The devs should have implemented an endless wave mode, would have been really fun to just try and survive as long as possible.

How can I remove this game from my Desura list? It doesn't want to leave!

If the game has that music from the video on it, I am sold.

What's with the traps? How do i avoid them/get out of them? The game is great but damn those god damn traps. Damn.

Nevermind. It seems specific trapper-zombies entrap me. Just gotta kill 'em or wait it out.

Provides lot of zombie killing fun and has some nice features but sadly it feels repedative after some time of playing and my interest was no more. Overall I think the games a 7/10, It can be seen that lots of work was put into it's development and it's not all that bad. Multiplayer would be a great addon that would make the game much more successful.