Enlist in an intense brand of Axis vs. Allied teamplay set in the WWII European Theatre of Operations. Players assume the role of light/assault/heavy infantry, sniper or machine-gunner class, each with a unique arsenal of historical weaponry at their disposal. Missions are based on key historical operations. And, as war rages, players must work together with their squad to accomplish a variety of mission-specific objectives.

PARA_MUNITION_B2 by Ronny (Snut) Klöber History: The german Waffen-SS had storm this small town and went on. They left ammo boxes for a german rearguard. But some GIs escaped. The Germans think now, the US-Army will send a trupp to defend the ammo. The german Luftwaffe drop some Fallschirmjäger near the town to save the ammo. Allied Objectives: Defend the ammo in the Villa and in the Church. Axis Objectives: Capture the ammo in the Villa or in the Chruch. SPECIAL THANK TO: Mikezilla for this horny textures OtherTexures: Hedgerow (i dont know the name) Mapped by: Ronny (Snut) Klöber New Models: Opel Blitz (textures by kamikazi [i think]), Lights, Ben, Pott, Tree, Candle valve updates stopped this map from working, here's a fixed version for dod 1.3 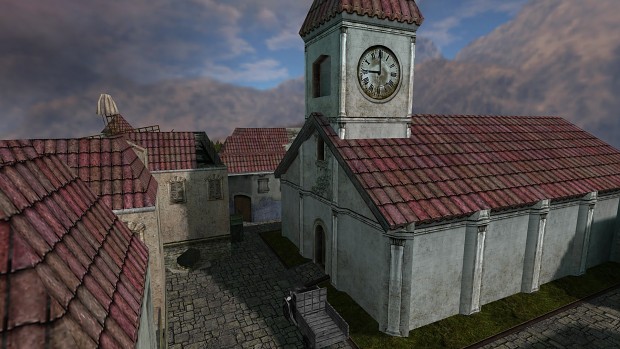