D Series is an off road driving simulation with custom track editor built into the Steam Workshop. It was originally released in 2015 and completely rebuilt for 2017 with all new vehicles and a custom track editor. The simple in-game track editor will allow you to create custom Race Tracks, Rock Crawling Rubicons and Off Road Fun Parks in minutes and even share them on the Steam Workshop. So sit down, strap in and see if you have what it takes to tame these wild off road machines. Built for today's high-tech Force Feedback steering systems and Available for Windows, Mac and Linux.

With over 200 different objects you can build any track that you can imagine with the in game track editor. Race Tracks, Rock Crawling Parks, Monster Truck Stadiums.... you name it. Then you can share those creations to the Steam Workshop with one click. The possibilities are endless. 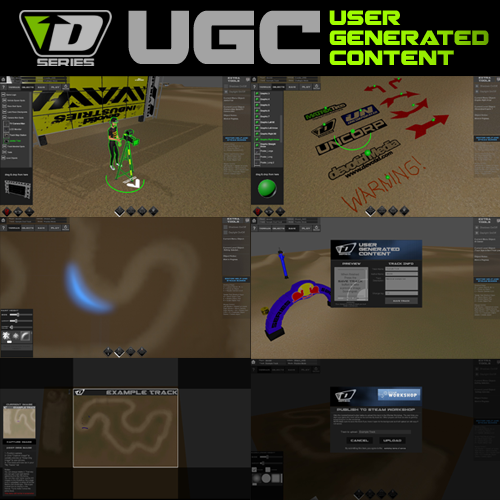 D Series welcomes the New RUCKUS Monster Truck along side of a New Rock Crawler complete with a front Winch. 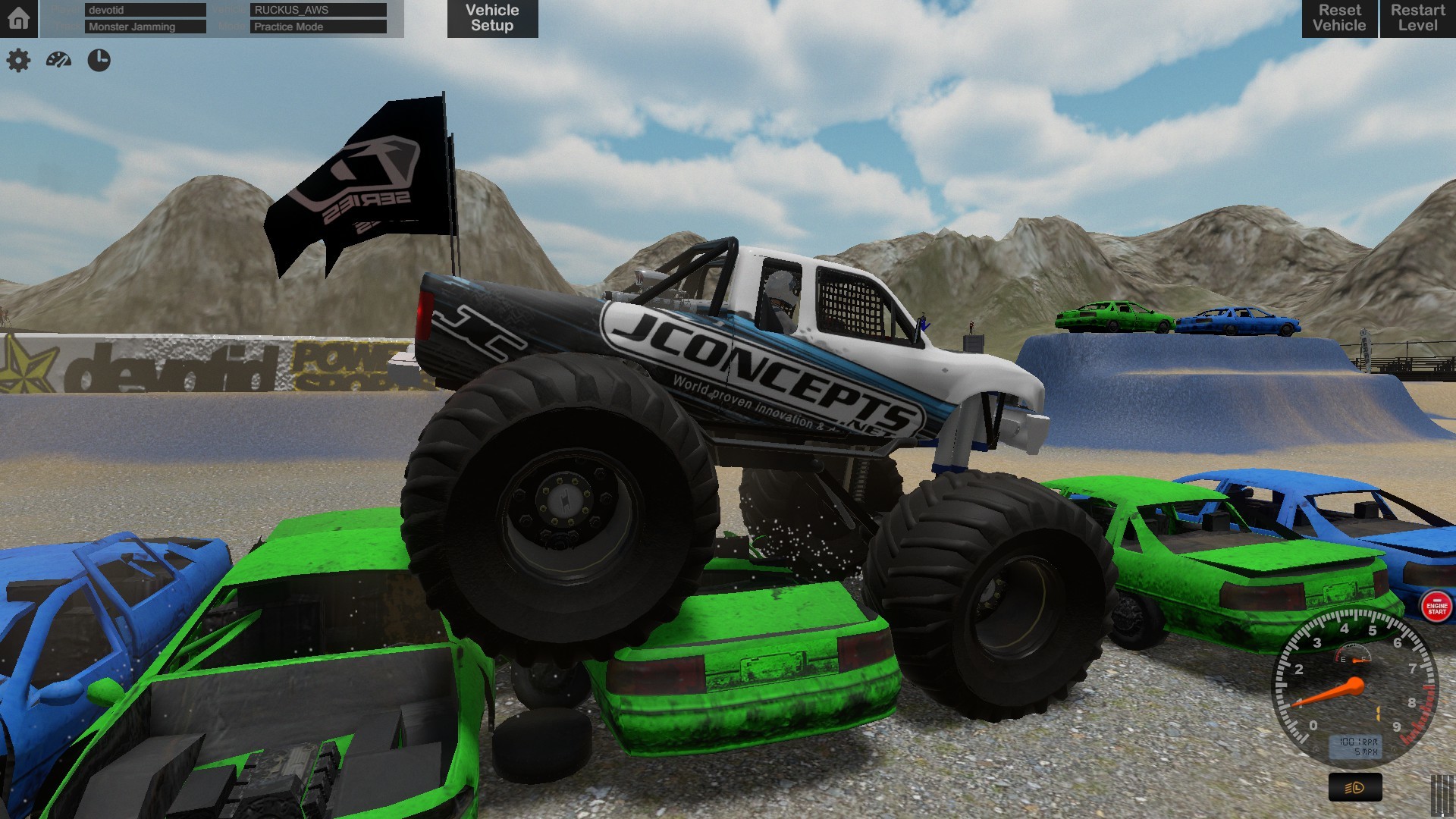 Small update patch. Force Feedback fixes, some bug fixes and behind the scenes optimizations. I have been reading all the feedback and trying to make the user experience better. I am also working on some different default tracks. I have been testing some larger open world maps to do some exploring and longer distance drives. More news on that later.

As always THANK YOU for the support of D Series Off Road and happy off roading!

If you are new to D Series please check it here while on Sale:

- I updated the Force Feedback and "Steering Rack" damping on all vehicles. Vehicles now have better response to jumping, landing and driving over larger bumps at speed. I also added about 1-2 % damping to simulate a little drag on the vehicles steering system.

- Updated all of the "Center Of Gravity" controllers for all vehicles. (Unity 5 introduced a new way of setting Inertia tensors and Center of Mass and I did not realize it.) Vehicles now pitch and roll a bit better. The weight transfer is also a little more "noticeable" in the force feedback.

- Changed some lighting elements in the main player scene to increase frame rates on older machines.

D Series is an off road driving simulation with custom track editor built into the Steam Workshop. It was originally released in 2015 and completely rebuilt...