The evil computer virus, the All-Worm has infected servers all over the internet. A coalition of governments, and hackers has come together under one banner, to write a program to destroy the infected servers and destroy all the All-Worm's biteaters. Blast your way through mazes of circuits, and find all the pieces of the Master Struct, to create the super weapon needed to defeat the hordes of the All-Worm. Battle other programs to the death in multiplayer arena, and test your skills against armies of bots.

Thanks for voting and helping Cyberation on it's quest to become the 2022 Indie of the Year. You are now in with a chance to score some free games. Help this game secure more votes by embedding the widget (or link) we have included below on your favorite sites.

I thought that I'd write a real summary of Cyberation and how its coming along right. I'll say it right now: Cyberation is not a huge complex game with a team of 25 coders and a $15 million budget. Its gaming the old fashioned way. Simple fast and fun.
The way I see Cyberation playing out is as a primarily mulitplayer/bot arena shooter. The campain will be short (like 3 levels short). Right now school is starting to ramp up, so I'm afraid there won't be much activity until next summer, or possibly this winter if we get lucky, but I am working on the multiplayer and bots right now, so there's really not much to show you guys unless you want to see my code (which is looking pretty shabby right now btw).
I think that Cyberation will be really fun when its finished. Its fun now and its not even out of pre-alpha. The bots aren't even fully functioning, and multiplayer is barely existent, but I try to make games that are fun, not over complex graphical showcases (I'm looking at you Treyarch). Gameplay will constist of multiple weapons, maps that have reminded some people of Tron, and fast paced multiplayer. I will focus mostly on the multiplayer unless somebody thinks there should be more of an emphasis on bots.
At the moment I'm piecing together maps, and working on player and weapon models. I think I said in a comment that the beta would be out in 6 months or so, and I still say that, but don't cross your fingers because games never come out on schedule and underbudget.
If your interested in Cyberation be sure to follow it so that you can get updates on what I'm doing or whatever. If anything newsworthy happens I'll post it.

Hi Cinematronic, thanks for your interest. Cyberation is alive and well. I've been doing a lot of work on code that runs behind the scenes so I apologize for not having new images or much to post about for the last two months. I hope to have at least a beta out by September of 2013, and definitely some video out in the coming months.

Hey everbody,
Can-O-Nuke makes a good point. I apologize for not updating this profile as much as I should, but as I said, I am a student and as much as I would like to spend all day working on my games, I have other responsibilities. In my reply to Can-O-Nuke's comment I said it would probably be 6 months, just to clarify it will be 6 months for a working beta, and that's being very generous. Again sorry for the inactivity, I'll try to keep you guys posted on what's happening as much as I can. And please, please, please if you have any comments or questions or suggestions, feel free to post them.

So... This project is still alive?

yes it is. unfortunately I am a student as well as an ameture game dev so you probably wont see this one out for at least 6 months. I might release an alpha test or something if there's enough interest. 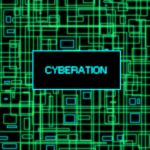