Cultures: The Revenge of the Rain God

The Revenge of the Rain God (Die Rache des Regengottes) contains a completely new campaign, seven single-player missions with branching paths and many new multi-player maps. The campaign itself is separated into seven segments linked together by a fascinating story. Also, Funatics has improved the Cultures design by adding several new game elements. For example, in Cultures: The Revenge of the Rain God, players will - for the first time ever – be able to pay tribute to allied Indian tribes, hiring native warriors and thereby improving their armies. The Indians hired in this way can be controlled just like the players’ standard troops, but have notably different characteristics than the Vikings. Additionally, the Multiplayer AI and the game’s user interface were further improved. 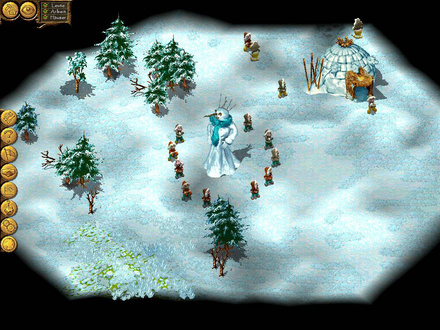