Updates are here again! We took quite the large break from writing updates but that does not mean we stopped improving and working on CrossCode! On the contrary. We planned out a lot of content not only for the game but also for the upcoming crowd-funding event. So let's get right to it!

We took quite the large break from writing updates but that does not mean we stopped improving and working on CrossCode! On the contrary. We planned out a lot of content not only for the game but also for the upcoming crowd-funding event. So let's get right to it!

We finally reached the stage where you can actually use items in the game! The feature didn't quite make into the demo but I finally did it and it's going to be in the next release! Items can be used via the quick menu we presented in Update #57. An item can have various effects, such as healing a certain percentage of you maximum health or boosting your stats. The latter are called buffs. You can use up to 4 buffs at the same time over the course of the game. However using items, comes with a small cooldown time display below your HUD. The time decreases much faster outside of combat so you can prepare yourself for tougher battles. Here are some pictures to show you how it looks: 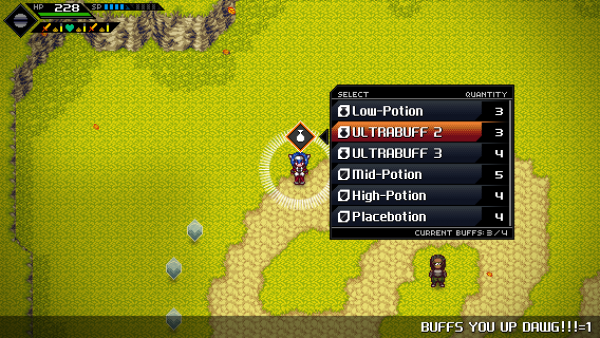 Using 3 buffs at the same time! Notice that you can see the current number of buffs on the bottom of the item selection. 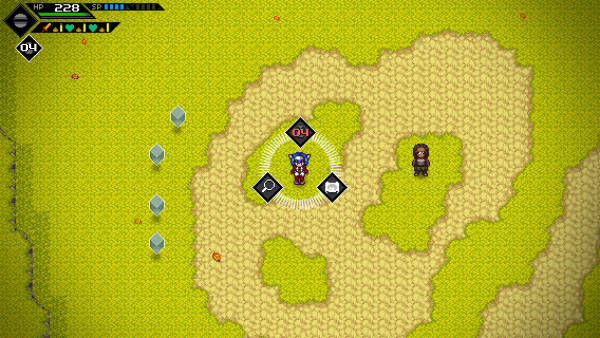 Only 4 more seconds and Lea can use an item again!

Since we will do early access for CrossCode (yes, we're doing it!) I added a change log interface to the title screen. Here you can see all changes for all versions of the game or display the latest changes in a compiled list. Here's screenshot of it! 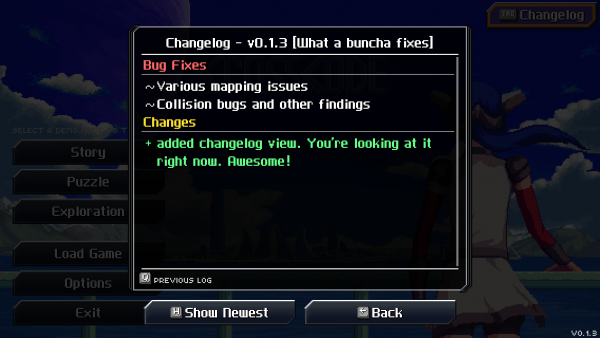 With this we also hope that people can tell us if we missed something when updating the game since it's not shown in the changelog. We're also planning to display the changelog on the games website with the next release, so you can get a peek at what has changed.

CrossCode will have a variety of puzzle mechanics and we want to use a certain set of similar ideas and combine them in clever ways. This is quite the task but we're currently planning out a lot of ideas and how they can be used in different scenarios. One of those new mechanics is currently being implemented by Lachsen. It's a new kind of switch that gets activated when a ball flies through it and changes the properties of the ball itself. The goal with puzzles making use of that switch is to hit multiple switches in a row by making use of the different kinds of effects the switch can have on a ball. You might have to throw a ball which gets very slow when hitting the switch and run to another switch and activate at the same time. Here's a sneak peak at the design: 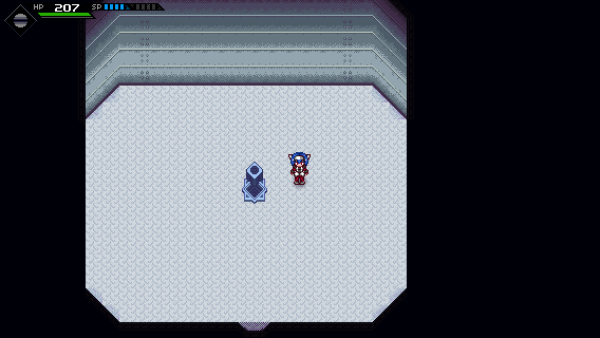 We'll have more information in the next update for you!

Something that is very important to us is the dialog. Now we are not native English speakers and texts might sometimes sound awkward. Thankfully all of you were very supportive in helping us with some dialogs. But that was always a bit hard because you had to write down the text and send it our way with the corrected version or an idea on how to phrase something differently. So Lachsen sat down an implemented a interface for our testers so they can directly send us their thoughts without having to open up an e-mail account. Check out this image: 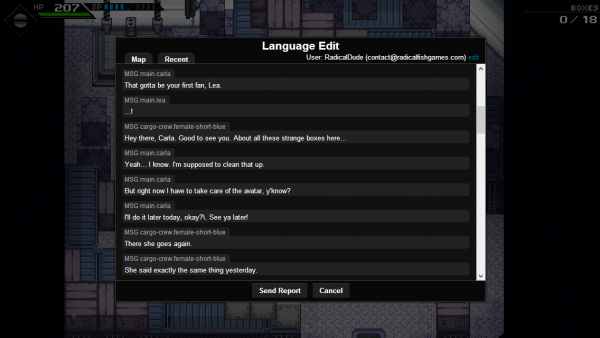 To prevent the system from being misused we decided to only make this feature available for the testers (This will include people with early access!). We hope you all understand this!

We're getting really close to the crowdfunding which will start in February and we have some exciting news right now for you! First of all we decided on Indiegogo as our platform of choice. We really wanted to use Kickstarter but sadly they don't have an option for create a project in Germany as of now. But we're confident that we can make it anyways as game itself should be what's important! We hope that you all help us get the word around and make this game happen!
Secondly we are currently working our crowd-funding video and the campaign itself. Deciding on the different perks is lots of fun but also quite challenging.

So we thought we'd simply ask you what kind of perks you would like to see?

We probably can't do everything since we're just a small group of random people, but why not involving people in the creation of the campaign too, right? So tell us what you think!

That's it folks! Hope you liked this update and stay tuned for more stuff next week. Yes, next week. We plan to bring back the update on each week and provide you with smaller updates in the future!

Also, did you already saw the new girl on Twitter? She's a bit shy and might not say much but she's good at heart and a great fan of CrossCode! And she has already discovered the magical device which captures her face! 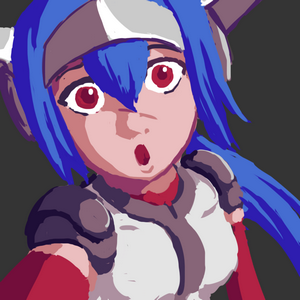 Alright that's really it!
Cheers and until next time.

Great update! I hope you guys are successful in your crowdfunding! I hope to invest a little bit of $$ to help you guys on this amazing game!