Hello again! The demo release date is approaching! So obviously lots of things are happening right now. We extended the Autumn Area with new enemies and maps, implemented several cutscenes in the intro sequence, started working on the entirely new quick menu and more!

Hello again! The demo release date is approaching (30th November - in case you missed it). So obviously lots of things are happening right now. We extended the Autumn Area with new enemies and maps, implemented several cutscenes in the intro sequence, started working on the entirely new quick menu and more! But before we get to this, we first have some information about the next demo.

Just so you know what you can roughly expect!

The next Demo of CrossCode will feature the Autumn Area (which you probably saw already several times) to demonstrate the exploration aspects of the game. So this area will be pretty large. Currently, myself and Gflügel are both working on extending the area, creating plenty of new maps: 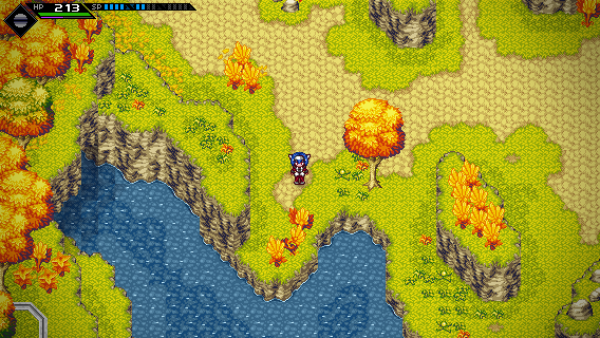 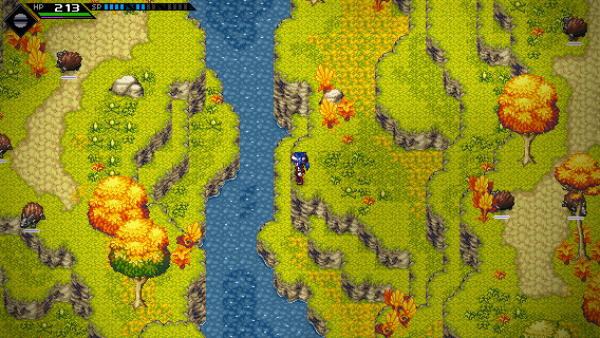 Some of these maps will also feature special landmarks such as buildings: 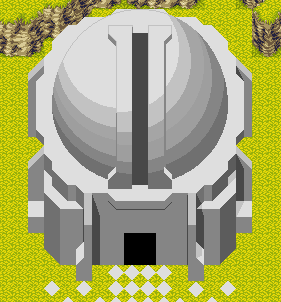 Note: This observatory is very much WIP. We still need to add proper shading and details.

Also, you finally find more enemy variety in the area. After all this time, Felix finally implemented the buffalos and meerkat enemies:

Both of these enemies require a different strategy. While the buffaloes will continuously walk towards you, do stomps and occasionally dash in your direction, the meerkats will keep a safe distance and throw rocks at you. For the ranged combat of the meerkats I (of course...) had to improve the path finding and navigation of the enemy AI. It's still not perfect, but in general it works rather well already.


No, we did not forget about the intro! Since the last update, Felix added the first couple of cutscenes which also feature a very quick and interactive combat tutorial:

Martina also helped a lot by adding more important graphics and props. Such as this mysterious workplace: 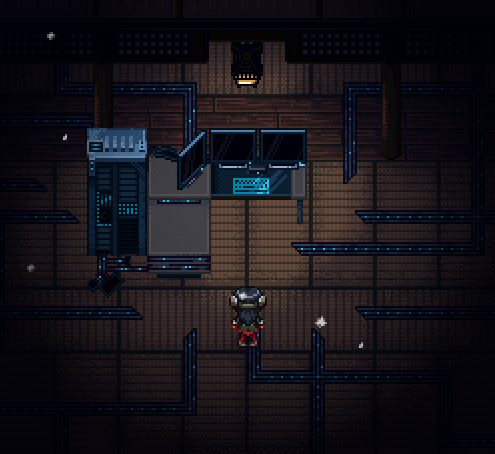 Wait... that can't be. An update entirely about content and without any new fancy feature stuff?
No, of course we worked on features, too... I started with the Quick Menu which can be used at any time (even during battle) to perform simple actions such as using items, looking at the map or analysing the surroundings (more on that another time). Here is how it currently looks like:

However, even though we are working on this feature, we unfortunately can't promise that you'll be able to use it in the next demo release. Time is just a bit too short for that.
However, what you will get are flying icons.

Intero is working pretty fast these days. That's mostly because he has to. :P Deadlines and such.
You can find three new songs in his SoundCloud playlist: SoundCloud

Dangerzone is played during an escape sequence and CrossCounter... well... we can't tell you without spoiling things. You'll find out soon enough! Finally, there is a new version of the challenge theme.

And that's all for today's update! 4 more week, then you will be able to play it all yourself. Until then!

Quite excited for the new demo.

>unique theme of throwing energy balls at everything
>unique
Ahem, ok writing could be better.
Well at least you have great pixel artist.

You mean to tell me there are other games where you're throwing balls at stuff???

I think that's a myth.

My calendar is marked for Nov 30th
Awesome updates! I love how professional and interactive Cross Code is looking!
I can't wait to play!