Cosmonator is an 'RPG-em-up': a hybrid of classic fast-paced top-down shmup action infused with deep character building elements. Arm yourself to the teeth with a massive array of weapons, upgrades, spells and special abilities to take on the alien onslaught!

30+ passive upgrades including various firepower and missile upgrades, sideship upgrades, drone upgrades, shield and armor upgrades, and a variety of special feats - allowing you to craft a customised build that suits your desired play style

40+ unique spells that can be upgraded to various strengths; some spells can be augmented to alter their effects in specific ways

40 hand-crafted levels that shape the core of the game

Slowly build up your ship to suit your particular playing style: perhaps you prefer a passive build that focuses on high firepower, strong sideships, specially customised homing missiles and a drone that fires automatically at any moving enemies? Or a tank build with strong shields, armor, and defensive special abilities? Or a caster with numerous devastating special attacks - and the ability to control time? Each weapon, upgrade, ability and spell in Cosmonator is separately customisable so you can build up exactly the character you want. Add to this a massive level content, including a legion of epic boss battles, and you're guaranteed to keep coming back for more - even after the first playthrough.

(To celebrate the update, we are running a week long 50 % discount on Steam - follow the Steam link at the bottom of this article to check it out!)

Here is a video (top) of Endjinn, one of the new levels. In this level, the soundtrack has been synchronized to go hand in hand with the gears, pistons, and other machinery that is animating in the background throughout the level, creating the sense that you are in a kind of giant living breathing industrial engine.

(Some more footage from Endjinn - the Crab Tank enemy, left; and the Psionic Shield spell, right)

One of our old bosses, Loki, got a complete overhaul, both graphical and also in terms of new super powerful weapons systems. 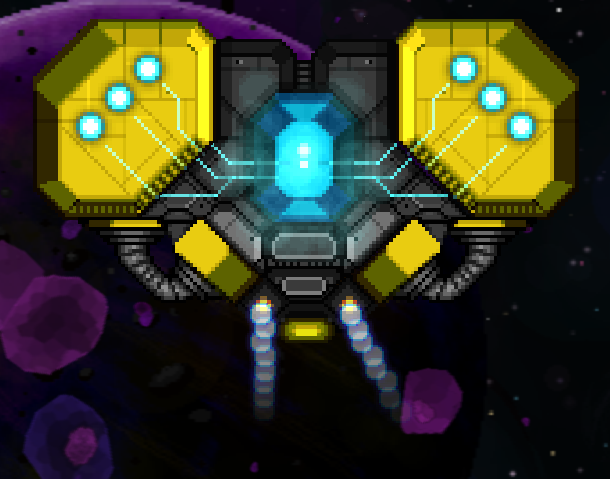 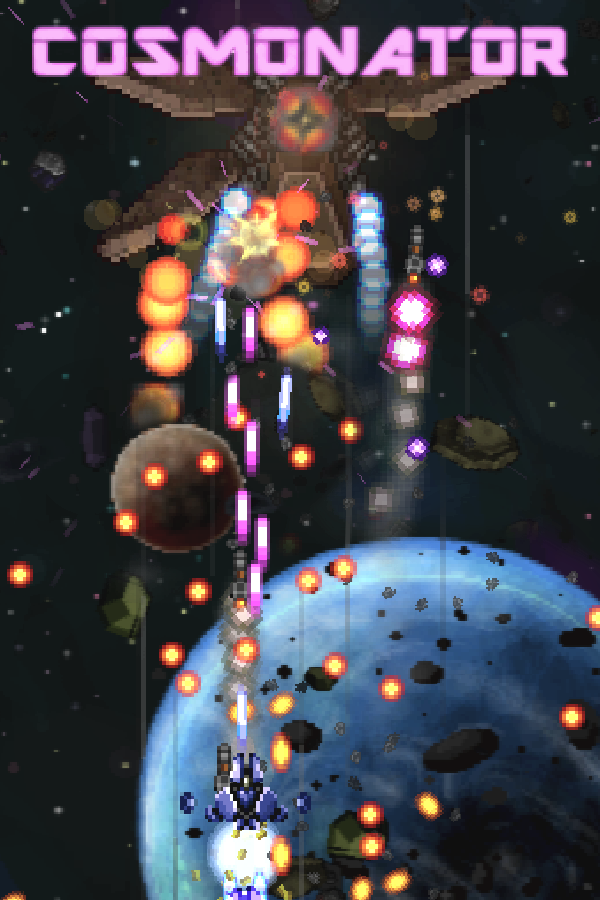 Coming up to Cosmonator's next major update. Working on some new late game levels, enemies, bosses / minibosses, and a few new spells and abilities for...

Some interesting fundamental points that we've learned while designing the RPG / shmup hybrid levels of Cosmonator!

All things laser! Weapons, spells, abilities, you name it, Cosmonator's got it.

Looking at some of Cosmonator's explosions, spell effects, and general enemy destruction vibes