Top Down Shooter. It is about a commando who has to face dangerous terrorist factions. Game made in Unity Engine. Game will include several game modes including: Main Campaign, Botmatch or Commander strategy mode: The Player has to set tactics, motivate team mates and buy new weapons, next he has to simulate the battle.

3D Top Down Shooter that is about commando who has to protect civilians from the terrorist factions. Game will include several game modes, botmatch, main campaign or Commander mode that is about battle simulation.Game is made in Unity Engine, from following simple tutorials for making an Top-Down shooter I improved scripts and added new features so in the final version the player will has a lot of possibilities.

This version include new effects such as weapon trails or laser sight that will help in aiming. You can see there are many of other effects including bullet impacts.

First of all, thanks to Rodhenik for providing assets including 3d model of weapons. 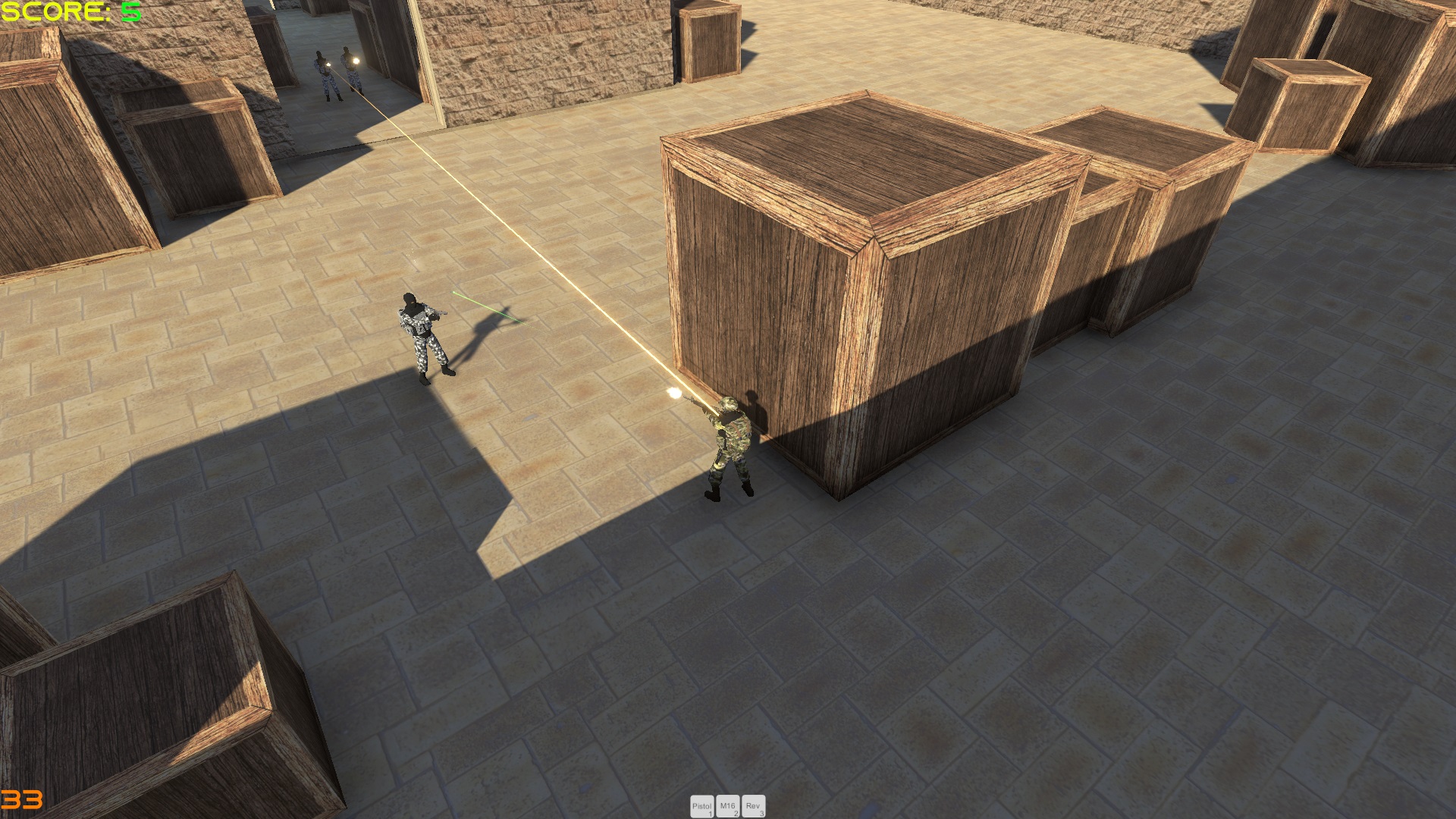 One of the districts of the afgan city. The player has to defeat outnumbered terrorists that make terror in that city. In the middle there is interior structure where is an interesting effect of fading out roof so the player can see what is in that structure. 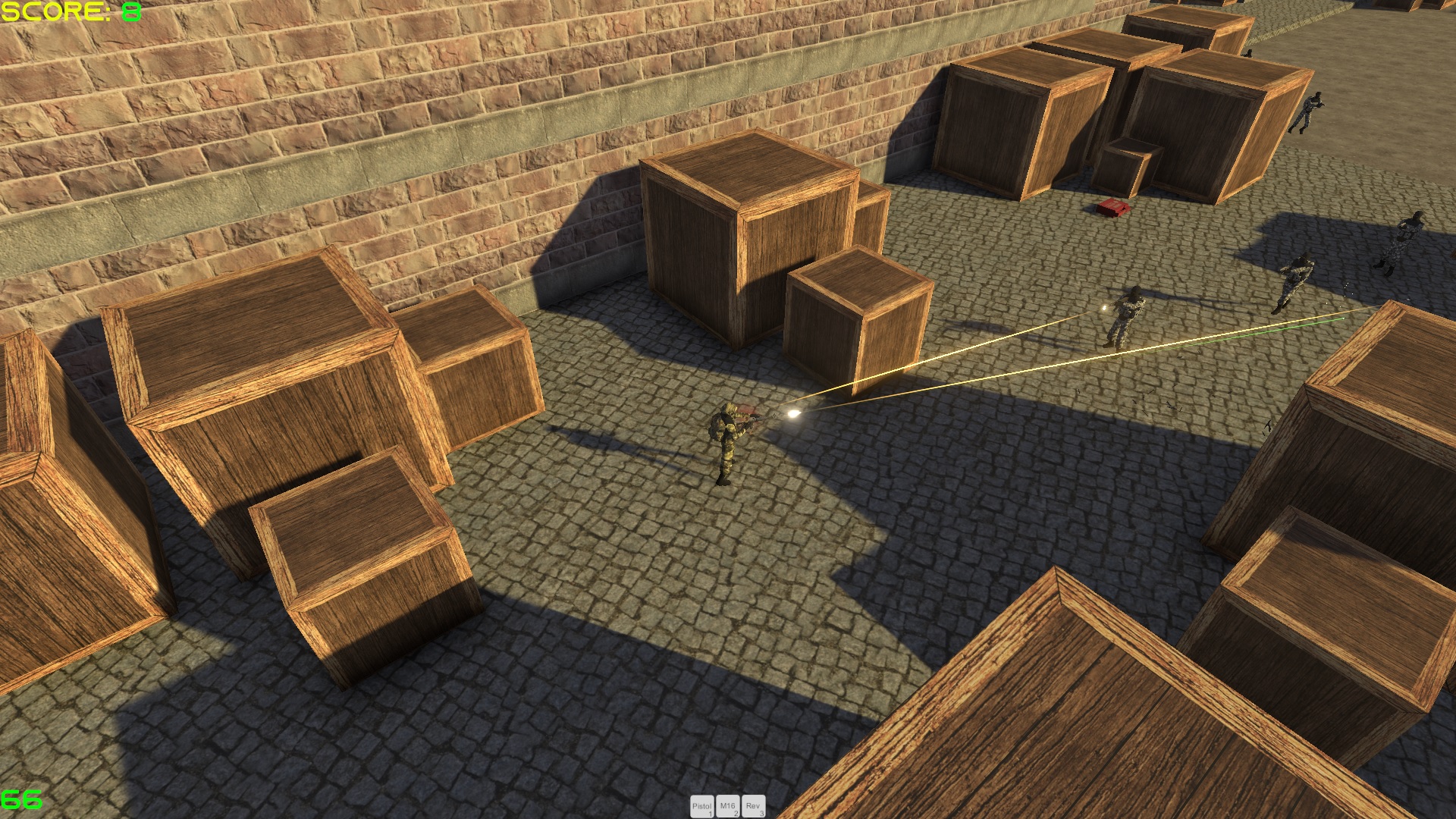 The player is located in one of the markets of the italy city. There are many of crates so the player can hide from the terrorists and defeat them by surprise.

There is playable version that you can find in the game page, but it is older version. Wait for next, there are many of things that has to be fixed or improved so I want to release stable version.

Video footage of the newest version: