Discover the secrets of the world of Anarth, explore intriguing landscapes while facing terrible foes.

The idea was to make an action platformer in the vein of Risk of Rain and other games of the genre and inject it with Doom-like speed and dynamism. The driving principle behind CTT was to create a fun, engaging, a little over-the-top and shamelessly cool game.

You will came across powerful spells to help you along the way.

Every spell you acquire will always be at the tips of your fingers. You can switch and combine them at your pleasure and wreck havoc among your enemies.

As well as spells, you will equip upgrades to increase your firepower.

Improve your bullets and skills as well as many other perks. You can equip up to 4 upgrades at any given time, swapping them and combining them as you like to find the most optimal or most fun way to play.

Those who can manipulate the Colors are know as Commanders.

The world of Anarth is in chaos, something is exploiting the planet dry, spreading discord and plunging the world in desolation. The Council refuses to intervene, as usual, and little to nothing is being done to stop the devastation. Something needs to change. 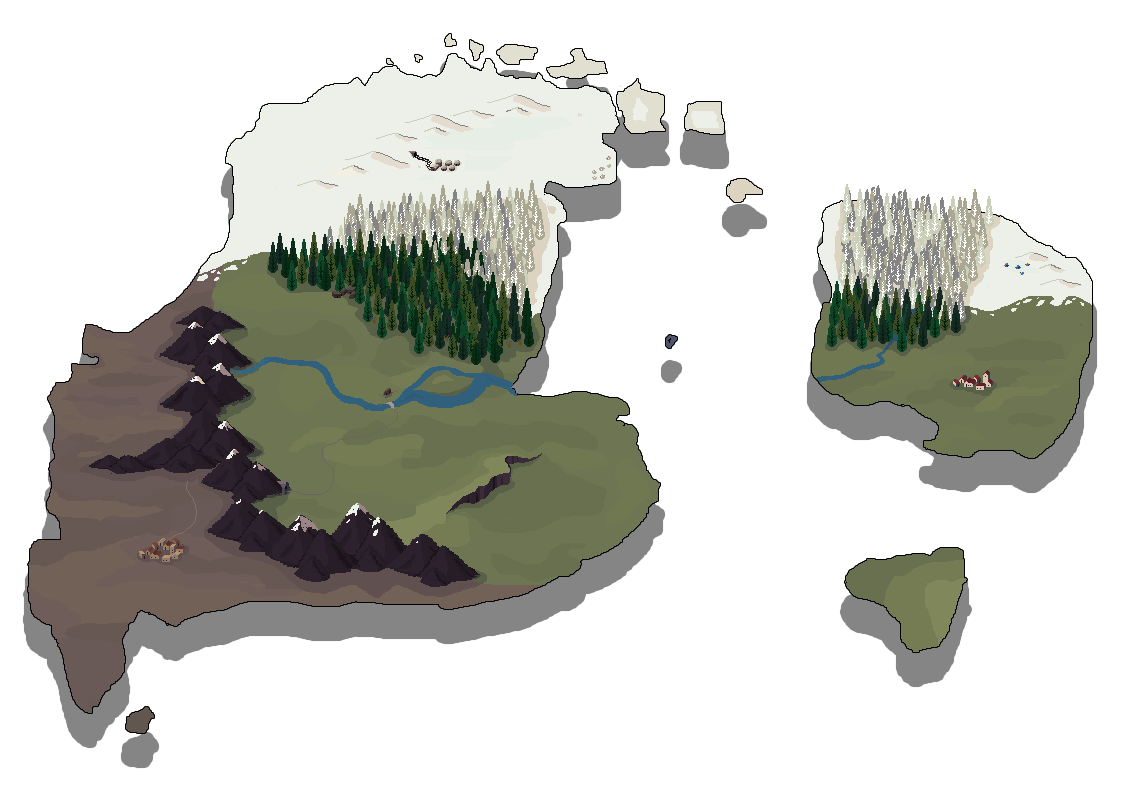 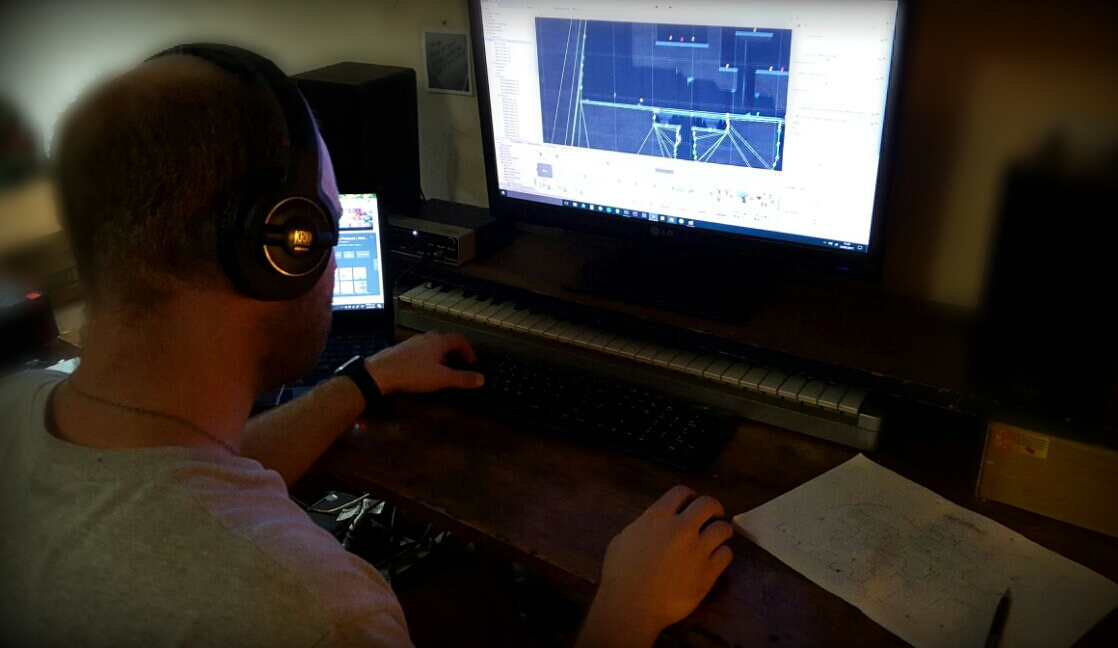 My intention with this level is to create tight spaces, to teach the player to dodge projectiles and fight enemies in enclosed spaces.

This level will be encounter around the middle point of the run, and here things start to get serious. 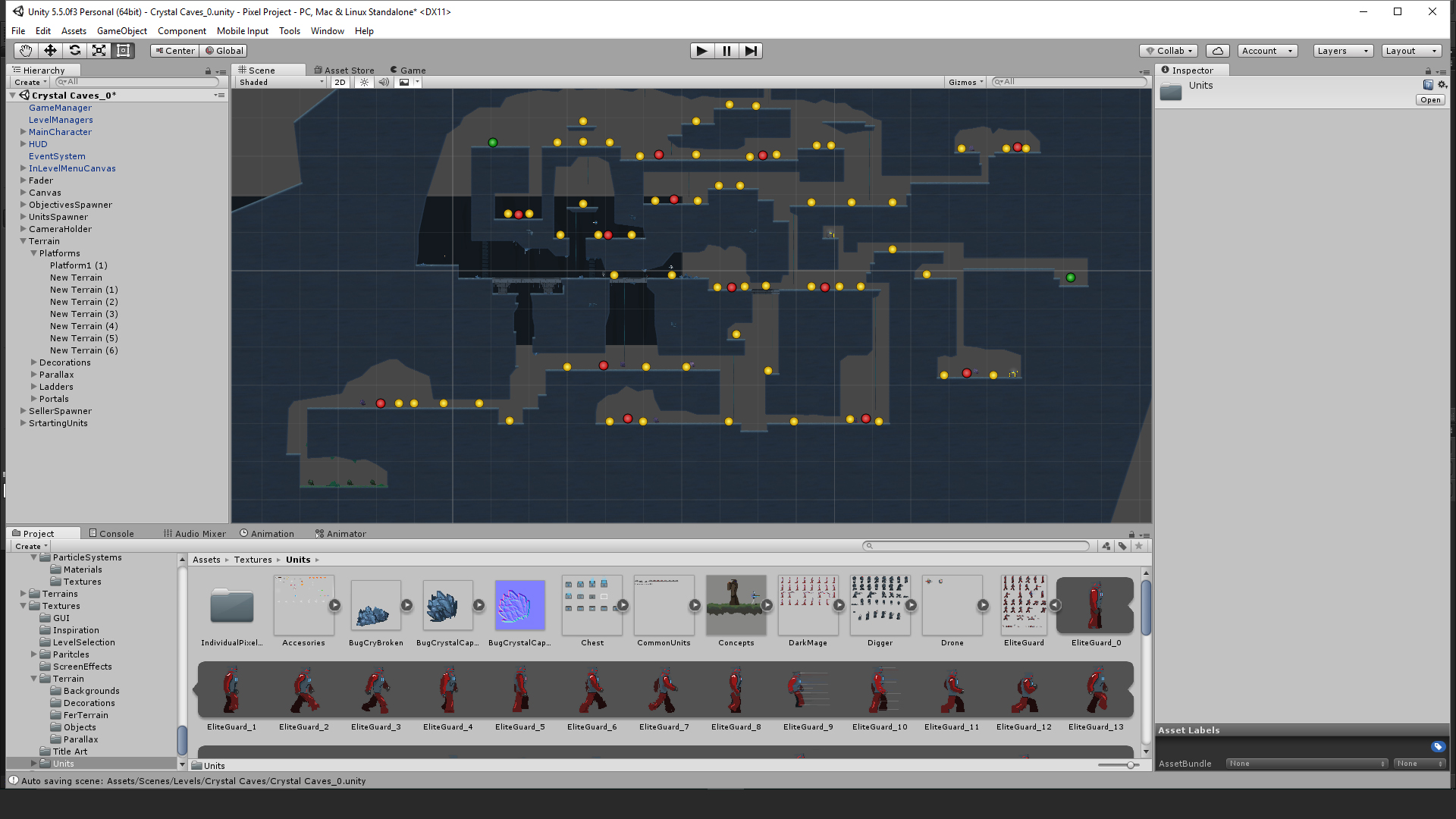 There you can see the layout of one of the three iterations of this level (#madewithunity, by the way :)). Lots of crammed places and tight corridors will test the players evasive skills and present a different type of challenge. If you check out the screenshots I uploaded in my first article, you will realize that most of the other levels are more open.

This level also introduces new enemies that will enhance the theme of the caves and test the player in new ways. Here are two of those new enemies 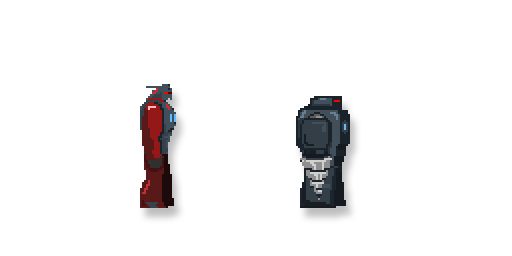 To the left we have the Digger, this unit cannot shoot, but it hits really hard and can teleport to track its enemies. To the right we have the Elite Guard, this is a very advance robot, design for warfare. It can shoot projectile as well as hitting its enemies directly or with an AOE (area of effect) attack.

The Crystal Caves get their name from the ice crystal that take form in its vowels. I have been working in the ice reflections and the method I used is describe in this great tutorial from youtube Making Stuff Look Good- Spelunky Ice Cave Crystals. I've always love the ice caves from Spelunky, and when I saw this video I decided to give it a try. I did some modifications to the shader and the general effect, but it is in essence the method explained there. I've also done some invert reflections for the ground.

I've even use a similir technique to create a third unique enemy, the Crystal Bug. It uses reflections in its armature to make it more crystal-like.

Parallax layers in this level are very subtle, but they add a lot of depth, and I added some fog to enhance the mood.

I'm also working on a spell: 'Earth Shatter', this one in particular will be very useful for breaking a path in enclosed spaces full of enemies

After this level is complete the game will be roughly 80% done. I still need to work on one more level and its variants and a few more spells and upgrades. Then some sound, music and a couple of enemy units.

Please vote for Commander Tiberius Troubleson on greenlight, I would really appreciate your help.

That is all for now!

Commander Tiberius Troubleson is a swift paced action platformer with handcrafted levels and rogue-lite elements. Fight your way through hordes of creatures...