COLOSSUS ESCAPE is a fast-paced action game based on the world of Moffee AdventuresTM, featuring an epic fantasy world with great graphics and his own unique graphical style.

Escape and defend against Colossus, face waves of enemies and avoid insidious obstacles.
Turn the tide of battle with powerful spells and mystical artifacts, but watch out for the impending Colossus, hold on and gain ground collecting potions.
Get ready to face sudden challenges using QTE (Quick Time Events) against hordes of monsters, giants and ruthless killers.

Help WHARR to struggle against the Colossus Gods on a journey through burning fields, arid deserts, stormy peaks and frozen lands.

Jump, slay, collect and cast powerful spells.
Be ready to engage epic battles and to prove your skills along the road!

Hi people, finally we are online with COLOSSUS ESCAPE. 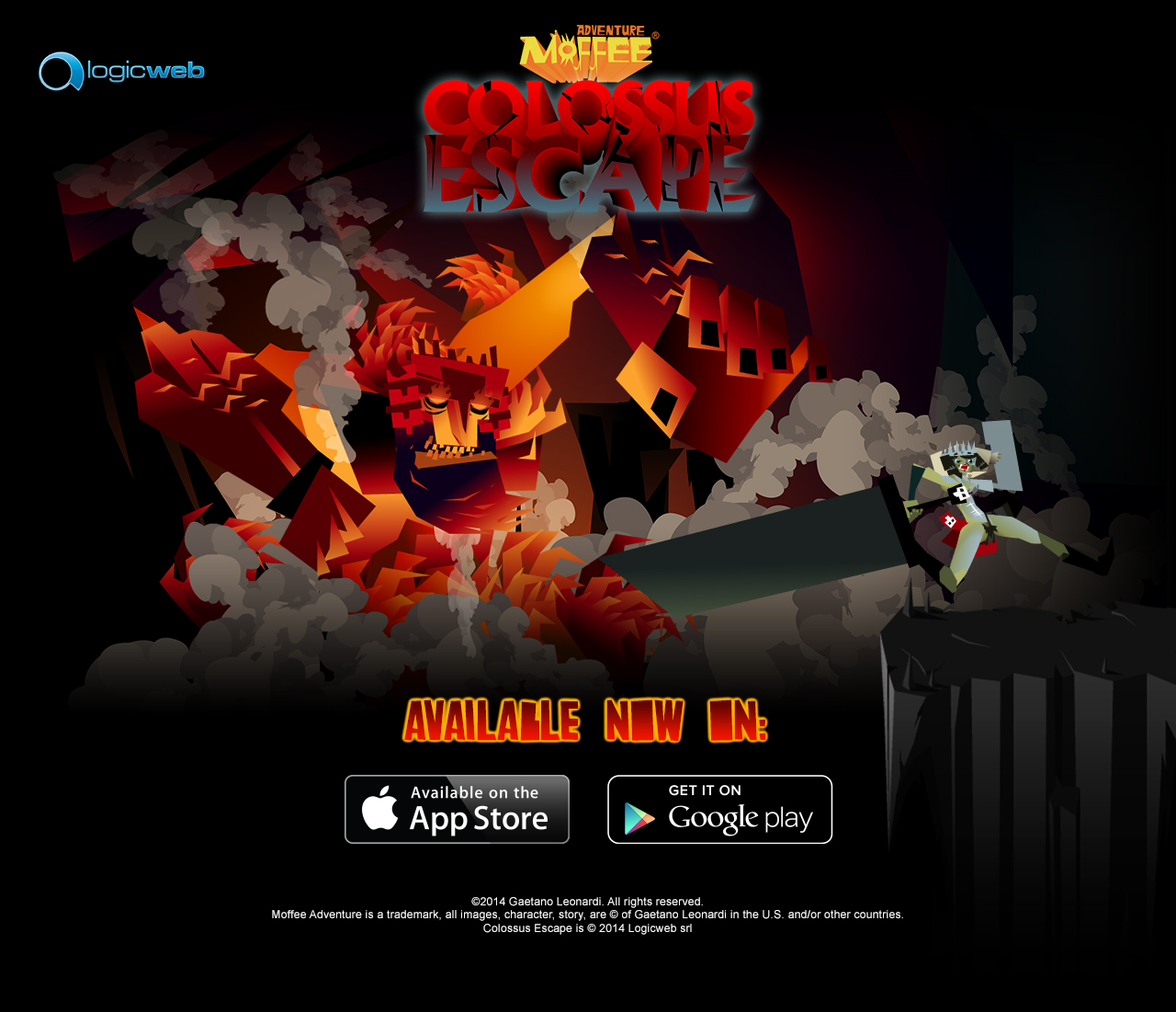 Hope you enjoy it, please comment if you have something to say! ^_^

It's January and COLOSSUS ESCAPE release date is coming! Here another WIP.

New WIP for COLOSSUS ESCAPE: a lot of changes on the background layers with a new lava level and a different depth order, updates on some textures and...

Last weeks were very intense: after a lot of changes and a new pooling system, all for a performance purpose, the game result to be.. slower! :| ..hard...

Weekly WIP: new Tile Manager and a lot of fixes

Lot of stuff happens this week and the major changes are on the new tile manager and on the project scenes - the game-over scene doesn't exist anymore...

Hi guys!
The game hasn't news since time, BUT we are still on developing - slow but still on it.
Soon some news... -_^

Do you think you will make it for Christmas?
Anyway, don't make my mistakes... Take all the time it takes to plan well the release on the market. ;)