Gameplay
This game can be played two ways, combat or stealth. In the first, there's no need for subtlety. You take out your chainsaw at the first opportunity and kill everything in your path to the cyborg captain. You won't have much rest in a combat run, and you may just find yourself at a disadvantage as the command deck systematically warps in defenders while blocking you into choke points, disabling the elevators, setting traps, opening areas of the ship to outer space, and even setting the self-destruct if you somehow manage to kill most of the thousands of crew members. A combat run is definitely the most action-packed, but most may find it impossible to complete without at least some stealth along the way. In the second, you are a stealthy assassin whose goal is to reach his target, set up an elaborate trap, and escape to your ship before it gets triggered. This could range anywhere from stealing the key to the captain's kitchen and poisoning his personal stash in the officer's quarters to setting up a time-bomb on the generator after disabling the ship's teleporters (so they can't beam it into space or escape), internal sensors (so they don't know it's there and disable it by hand), or lifepods and door locks (so they can't escape before it goes off).

It won't be easy, though, as there are numerous obstacles in your path. You will have to get past regular guards, assassin robots, many a high-security door, automated security systems, and the watchful eye of the command deck. To give you an example, here are a couple scenarios out of the hundreds you can encounter. 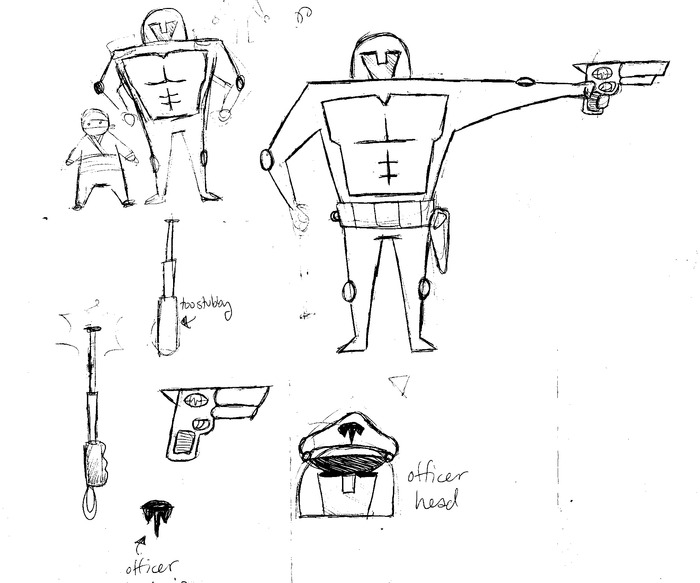 Scenario 1: Entering the Ship
When you first arrive on-board, you enter by hacking an airlock from the outside and sneaking in. After you're in, you send your ship to a secluded piece of the outer hull to avoid detection. In the hallway ahead of you, a guard is patrolling slowly and occasionally leaning against the wall in boredom. What do you do?

If you try the first option, you will likely fail. It's time-consuming and the guard will likely spot you before you're done. If you do the second option, his death will be noticed on the command deck soon after it occurs. This will lead to you being hunted down, and most certainly ruins your stealth run. If you try the third, he'll wake up and notify the command deck. This will also lead to an alert, but at least a lower-level one. They can also track you if you're still holding his keycard. If you try the last option, you're mostly safe. When the guard comes off of duty, he'll have to get through the door to return to the recreation areas. When he notices he doesn't have his keycard any more, he'll get suspicious and radio in to the command deck to report it's missing. This will lead to the command deck homing in on the location chip inside the keycard and dispatching guards to its location. This will also happen if you use it to access doors outside the guard's usual stomping grounds, only in that case the command deck will call the guard first.

So, what should you do? This is where the inventory system comes in. The perfect solution to avoid detection would be to steal the keycard, open the door, and then leave the card behind you on the floor. When the guard heads in that direction as part of his patrol, he'll notice the keycard, think he dropped it, and pick it back up. This will lead to you not having it should you encounter another security door between you and your current destination, however. So, how much are you willing to risk? If the guard won't come off of his patrol for some time, you'll be mostly safe running around with his keycard so long as you don't go into another secure location off his movement route. If he's near the end, he'll discover your theft a lot earlier. Either way, you have a few options for how you dispose of it. You can plant it on another nearby guard, thus framing that guard for the theft (when it's discovered) and getting him thrown in the brig for a short time, you can put the keycard in a common low-security area to distract security while you go somewhere that would ordinarily be full of guards, and you can even intentionally use it in an area out of the guard's security zone and quickly plant it on a nearby guard for a lengthy brig stay, thus lowering the number of people you have to deal with in that area. 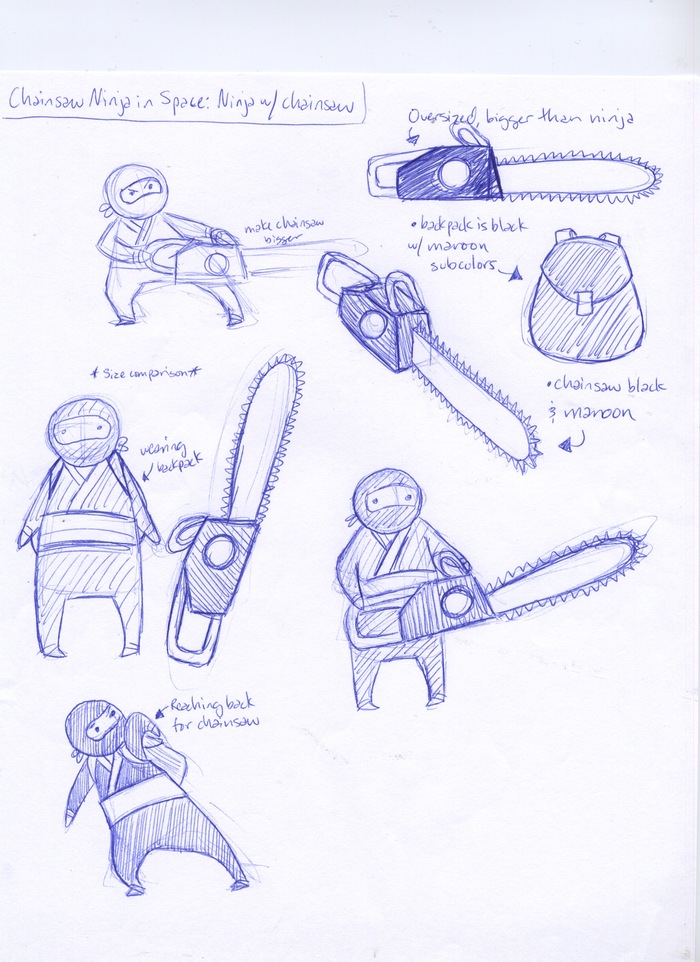 Scenario 2: Sabotage
You have decided to go with destroying the ship's generator as your objective. This has led you to the sensor room as your first sub-objective. If you don't destroy or disable the internal sensors, you won't be able to assemble your bomb or get one from your ship without it being detected. Once you start getting close to the room, you notice that there are a few technicians inside working on the consoles. You know you need to get them out of the room if you're going to sabotage the consoles without being detected. So what do you do?

In this case, the only option that is guaranteed to raise alarms is the first and third. If you set off the fire, they'll quickly leave the room and gather fire-fighting gear while alerting the command deck. This will give you a short time to hack the consoles or place a remote EMP grenade for later. You won't be able to thoroughly disable them, though, as you won't have time to do more than disable one or two of the sensors. The grenade will also only work for a short time, so it won't give you much of a window for getting to the generator with your explosive. If you frame all three, you won't be guaranteed that you'll have any time to do any work unless you get lucky and all three guards notice the keycards missing at once. There is a bit of a delay before a new technician is assigned the post, but it isn't likely you'll end up with the room completely empty for hacking. If you kill them all and destroy the console, they may alert command before you finish them off, and command will notice their death soon afterwards anyway. The console will be disabled until you leave the ship, but you're guaranteed security will increase. The best response in this case is to wait for the shift to change. When one batch of technicians leaves and another arrives, you'll have enough time to do your hacking in peace and be sure all the sensors you want disabled will be disabled. However, with all of the choices, you will run the risk of the technicians noticing your sabotage after a while. So, what do you do?

If you destroy the door controls, the sensor technicians won't be able to enter and will go off-duty until it's finally repaired. If you've disabled or destroyed other things before the door, maintenance might not even be there for a while. This means you'll have time to hack the maintenance computer and remove it from the list of repairs to do, if you think you need even more time. If you destroy the sensors instead, the sensor room will notice and request maintenance, thus allowing you to do the same thing. However, in that case they'll request repair again after a certain length of time, putting it back on the schedule. If you frame them and remove them from the list, they'll never be released. The other shifts of technicians will still do their job, but you'll have ample time to hack and rehack as necessary. And then there's the fact that you may have time to gather or construct your explosive if you don't encounter many obstacles along the way.

As you can see, this isn't a traditional stealth platformer. Guards talk back and forth, people will be missed soon after they die, and you have to make serious choices as to how you approach each objective and sub-objective. One mistake can lead to a ship on alert and your stealth victory being completely impossible.

This is all possible due to the suspicion system. Whenever you do something that visibly is odd, like planting keycards or damaging the ship, suspicion will rise among a group on the ship. If any group finds things too suspicious, they will notify the command deck and raise its suspicion level. Once that level is high enough, the ship will go into a state of higher alert, which can lead to quite a few things happening. Guards will be posted at major systems rooms, maintenance will repair with an escort, guards will stay on patrol routes longer, more guards will be on a route at a time, and the advanced units on the ship will begin to be activated. 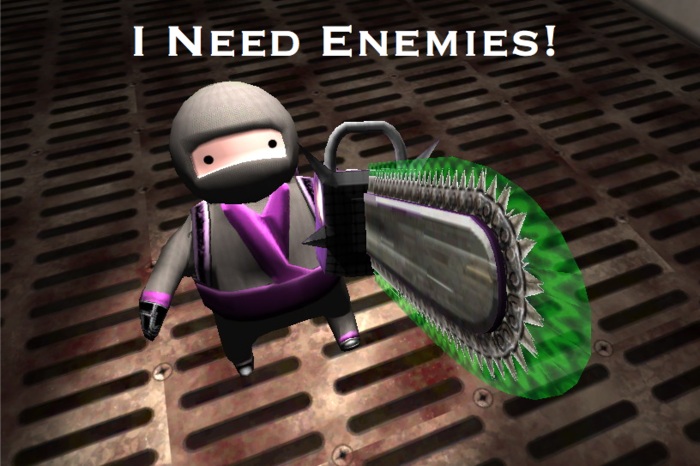 To promote Chainsaw Ninja In Space and grow its popularity (top games), use the embed code provided on your homepage, blog, forums and elsewhere you desire. Or try our widget.

PD is the game dead?

Wake Up Call is a next-generation sci-fi stealth-action shooter with a heavy emphasis on choice-driven gameplay and story in a unique and atmospheric...

Signal Decay (formerly known as Squad Of Saviors) is a rogue-lite action game set in a future dystopia with unique cooperative stealth gameplay. As the...

Dark Storm: VR Missions is a single-player stealth/action title developed by Fenrir Studios and inspired by classic games such as Metal Gear Solid and...

A puzzle game about a young protagonist finding her true self in a very strange world.

Adam Jensen was hand-picked to safeguard the secrets of America's top biotech firm. But when a black ops team breaks in and kills the scientists he was...

Syndrome is a survival horror game set in the future, where the player controls a character who wakes up in a spaceship, with no memory of what happened.