In 1998 under the publishing name of Wintervalley Software, we developed and released the first video game officially licensed by the Canadian Football League and the CFL Players Association. This Windows98 PC title provided top down, 2D sprite, based game play with current (at the time) CFL teams. The game also included tools for the editing teams and rosters, as well as a play designer. In April of 2001, CFL Football ’99 was featured in VB Programmers Journal. While the game is no longer available (the league license has long expired) this accomplishment is something we’re very proud of and so is included for posterity. Below are a few screen shots from the game. Click on each for a larger image. 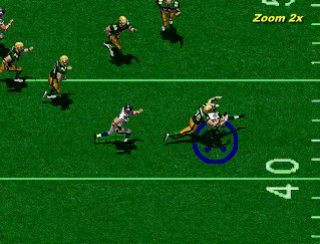