Caverns of Khron is a challenging single-screen platformer with an emphasis on both action and puzzles. The game consists of forty levels, plus secrets. Do you have what it takes to make it through the Caverns of Khron? Features music by WiL Whitlark (Snapshot) and environment graphics by Michael Santiago. Caverns of Khron is available today to download for free!

Thanks for voting and helping Caverns of Khron on it's quest to become the 2021 Indie of the Year. You are now in with a chance to score some free games. Help this game secure more votes by embedding the widget (or link) we have included below on your favorite sites.

One Day : The Sun Disappeared

Version 1.1 of Caverns of Khron is available for download on IndieDB now! This version addresses some minor issues and bugs, creating a smoother playing experience. Additionally, the game's saving and record-keeping systems have been expanded and improved to enhance the player's ability to measure his or her skill.

Caverns of Khron has been my passion project for nearly a year. It is released as freeware. I hope you will download it and have even a quarter as much fun playing it as I did making it. 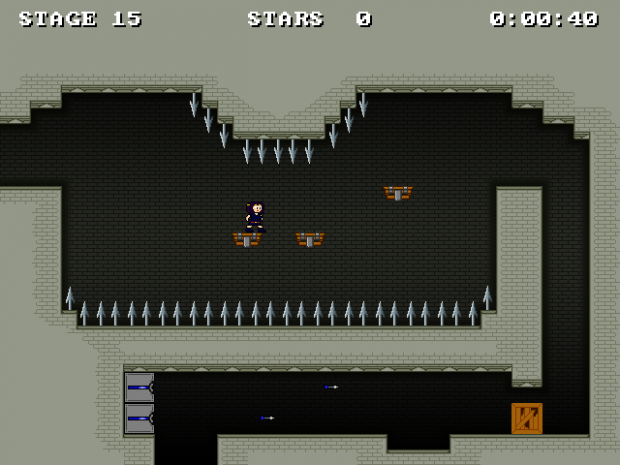 This is the only planned update for the foreseeable future, unless currently unknown bugs make themselves known. The game is complete, stable, and polished.

John D. Moore has been making games since 1996, beginning with QBASIC, and then moving onto ZZT in 1997, publishing some well-received games under the handle "Newt." Recently, he has participated in GloriousTrainwrecks's game jam events, and made 25 games in two weeks for Pirate Kart V, which was exhibited on the floor of GDC 2012.

Composer WiL Whitlark has written the soundtracks for numerous video game and film projects, including Snapshot.

Today, you can download Caverns of Khron, a challenging platformer for your Windows PC, for free through IndieDB.

Included with this download you'll find a manual in PDF format. To play Caverns of Khron, unzip all its contents into the same directory (with read-write...

Seems like an awesome game... Lemme try it >:D 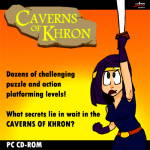 Tags
Embed Buttons
Link to Caverns of Khron by selecting a button and using the embed code provided more...

One Day : The Sun Disappeared Platformer