Keeping it up with catathrenia, a small psychological horror themed adventure game. Read the latest news and take a look at the latest screenshots.

I would like to start this update with clearing out a few questions that came up on various platforms:

Yeah, about that... while I usually bring up september, lets be honest here. I dont get nearly as much work done on this or anything else as I anticipated so it might drag on until winter.
However, I still aim to get it done in late september.

Is this in any way related to frictional game's "Amnesia: The Dark Descent"

This came up in some Euthanasia reviews as well...one lets player even summed it up as "a free Amnesia". Except for the "ia" in the titles which must confuse some people, both games aren't not even remotely related.

Will there be a free demo?

Alright, lets get the update going.
Bad news first: I had to delete 6 entire levels. Yeah! there is a lot of work going straight down the drain. Those maps where simply not working well, went too hard on the memory cap or wheren't fun to play. If you are working in a wierd setting like this where there isn't that much realism to hold on to, you still need to give the game some sort of grounding and sense of danger or you hit the player over the head and the game ends up being boring. You can also not string together 4 levels of pure puzzle solving and story elements or you lose the folks who are not that invested in the storyline, not yet really into the setting or just want some relieving action. You gotta get the player to get chased by something or the entire hostile athmosphere gets lost. There is a lot of work involved to get a game like this working in fpsc.

Bottomline, I had a hard cutback on progress but it made up for better flowing- and more coherent gameplay.
I got to work on the health system which invites to explore the level (we'll get to that later). It strongly relies on the use of various chemicals and items you can find and you can carry 3 flasks (healthpotions) with you.
In fact, there is a passive inventory (keys, puzzleitems and ingredients) and 2 active inventories: (Weapons and Potions).

Things you carry and can consume are allocated as icons on the left side of the screen (very small and stylish icons...dont worry, I wont overload your HUD with crap) In Fact, the health-o-meter isn't visible at all and can only be triggered by pressing a button. You'll see what I did there once its finished. :)

I've been thinking about adding a few more weapons. It has 3 so far and since I clear the inventory of any tools and documents you dont need anmyore there is room for infinite guns. If you got a stellar idea that would suit the setting, feel free to air your mind. ...I've been concidering a crossbow btw. :) 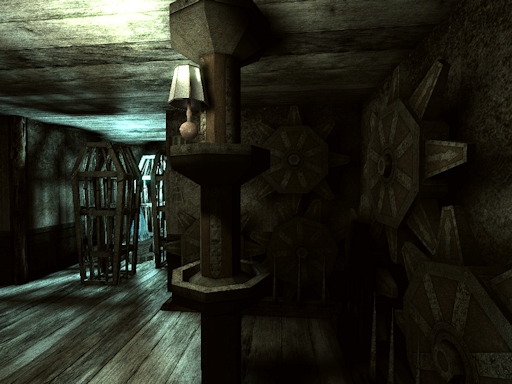 You will also get mechanical puzzles to solve...this is not part of one of them. In fact, thats just there to spice up the first chapter's scenery. 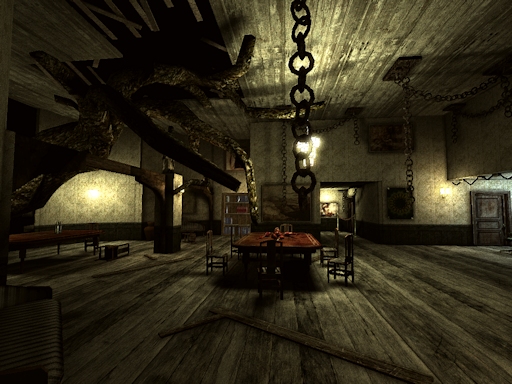 I really like this room. There will be a lot going on in it aswell :) 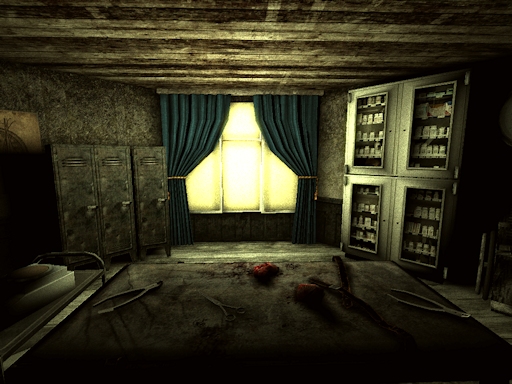 Don't worry, I won't overuse windows as much as the screenshot reals might make you think 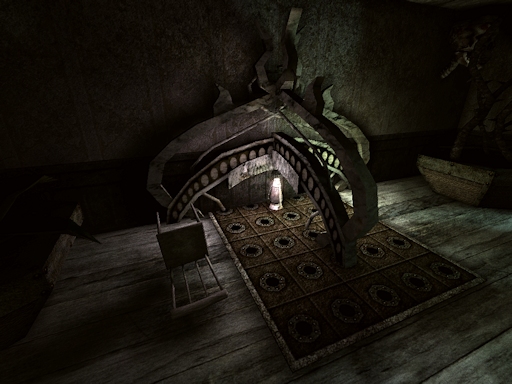 That thing is... I dont know what that is either 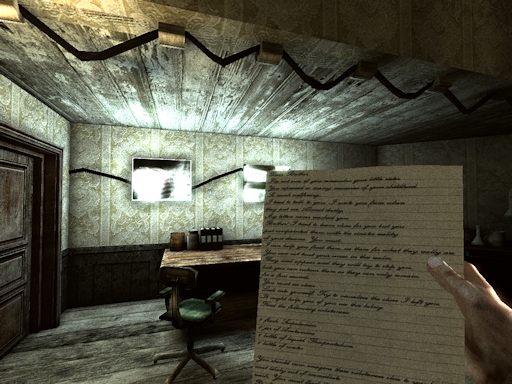 Well, you get a lot of readingmaterial in here too...but hey, in other games you just get a screen full of text, here you can run around with it. ;) 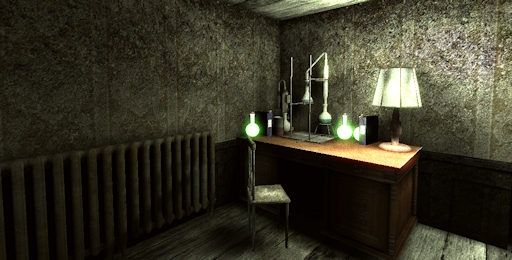 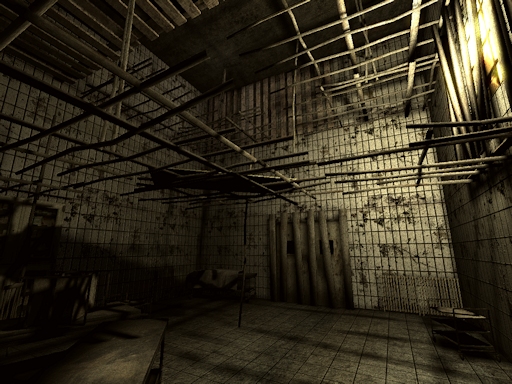 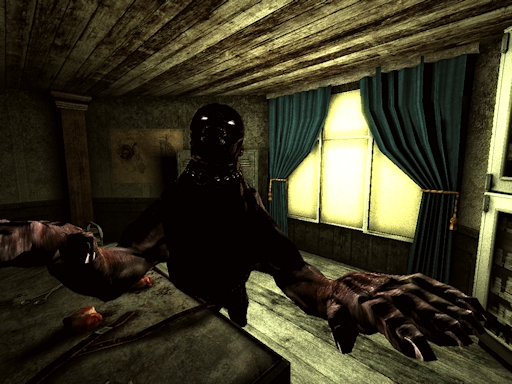 I finally have a good setting for the dogman character...so in your face! He has new sounds too.


Feel free to check out my blog too for more media.

Looks good man, amazing what you can do with a vision and some time investment. Looking forward to the release.

Looks amazing. Keep up that work!

if your not gonna already, you might want to throw in a rusty revolver. idk, just seems right. and btw, great work!

Already in! Thanks for the input :)

if the abstract dog-sculpture is still in, what about a puzzle to build a pneumatic dogteeth-gun to really get some crazy stuff for the weapons, too? yes, i know, its a bit inspired by "existence".^^
chains would be a good bash-weapon for this. i think there are enough to use in the more abstract levels.
molotov-cocktails are always a good thing and easy to build.
a puzzle to build a potato-cannon. ;)

"a pneumatic dogteeth-gun" Thats awesome :D I'm gonna do it, either for this or for another game :)

This might be one of those rare games that are not on a disc, that I would pay for.. Really nice work man!
Oh, BTW, I think that people that play this game just for the action, and don't care about the story and such, do not deserve to play this game ;p.

Thanks for the update. Just take your time with the project.