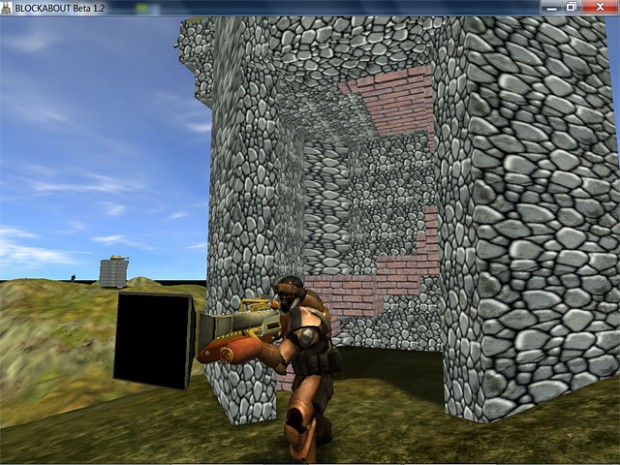 BLOCKABOUT is an exciting new multiplayer sandbox/shooter/physics game, where you have the ability to create and play your own maps and share them with friends online. In addition to being a first-person/third-person shooter, BLOCKABOUT also adds elements of real-time strategy such as resource gathering, and tops it off with the ability to build whatever you want using the in-game World Editor or by firing blocks from a Block Launcher weapon. And then we let you blow it all to pieces with cool physics :)