BlipBloop is a local multiplayer duel game in which one player takes on the role of Blip, an explosive platforming character, while the other player takes on the role of Bloop, a large block dropping character. Each player attempts to win rounds and bonus awards by destroying their opponent using their varying skill sets. Fast physics based combat is underscored by the music of Chiptune artist Aethernaut. BlipBloop is the perfect game to play with your buddies!

BlipBloop is a local multiplayer duel game in which one player takes on the role of Blip, an explosive platforming character, while the other player takes on the role of Bloop, a large block dropping character. Each player attempts to win rounds and bonus awards by destroying their opponent using their varying skill sets. Fast physics based combat is underscored by the music of Chiptune artist Aethernaut. BlipBloop is the perfect game to play with your buddies!


Enjoy BlipBloop and many other great games on Desura.

Hey! I'd like to thank everyone who has picked up a copy of BlipBloop and I would also like to apologize for the lack of updates. I've been working on an iOS game as of late, that has been taking all of my time. I've been jotting down some ideas for what to add to BlipBloop, and I'd love to hear your ideas.

Thanks again, and check out Beeinthecar.com or Facebook.com/Beeinthecar for updates to BlipBloop and any other games I'm working on!

This is a very nice and funny game, thank you for creating it BeeInTheCar! It needs some updates for the Blip and Bloop challenges, like saving the challenge you're on when you leave the game. more challenges could also be nice :D. I mastered Blip and Bloop challenge second day i bought the game :P Only one blip challenge disappointed me :/. And finally, please make a multiplayer system! It could be so nice if you could make a multiplayer system for BlipBloop, Since no one wants to play with me because i have freaked it >.>. anyway, back to the topic... it's a classic game like snake and tetris, very recommended, for all ages! If you haven't already purchased it, then what are you waiting for? Purchase it and have fun! :)

Would you happen to know when the next update will come out at? Thanks :D

Excellent designed game, I would pay around $10 for it. I greatly enjoy playing with my brothers and friends that live nearby. I do though, wish that there was an online multiplayer feature to allow you to play with friends that are'nt nearby. I absoloutely CANNOT wait until the next update. I recommend anyone who visits this page to buy this game.

Thanks so much for the kind words! The main feedback I've been getting is the online multiplayer component. I've been looking into exactly what would be needed to do so and it's a large hurdle for our two man team. But we'd love to add it in the future.

Thanks man, you must work very hard!

Played this with my girlfriend, and we enjoyed it immensly for just 3 bucks. My only suggestions would be to include Linux & Mac support, and maybe AI opponent for those who can't scrounge up a human player or better yet, online multiplayer.

Already spent all my money but this games looks fun gamers debit it is :P

Reminds me a bit too much of my mother but any game with local multiplayer must be good.

Bee in the Car Games

Very great game although it needs a few feature to add. I rate 10 stars because it has a very high potential to go a long way. I REALLY want a new update soon though, possibly with a map editor, online multiplay, and an A.I. single player gamemode. Thank you so much Sussy. YOU RULE because you created this game. Thank you for also allow the ZIP file download option, so that I can play it on the go with my laptop even though it doesnt have desura. Totes Recommend.
Thanks,
Epicryan 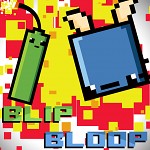