A 2D point and click adventure game in space! Eat some sandwiches and save the galaxy! The story of Bik follows a young boy who is abducted by aliens while on a camping trip. After joining forces with two friendly alien mercenaries, Bik escapes from his abductors and tries to find his way home. Along the way, Bik and his newfound friends outsmart hijackers, (eat some brownies), accept a perilous mission to find a missing alien, (make some sandwiches), foil a dastardly plot by an evil corporate empire, (argue with disgruntled robots), and save a planet on the brink of destruction. 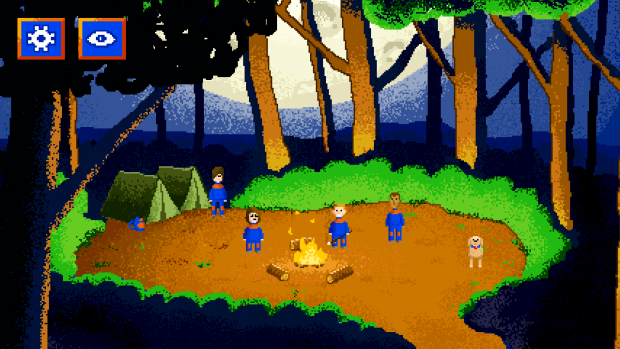