A free RTS for Windows and Linux - Beyond All Reason

Total Annihilation has always been regarded as an unparalleled model, the game that sets the standard for modern real-time strategies. It is impossible to describe how innovative this title was for its time. The mere fact that in 1997 someone set out to create an engine that is capable of carrying 500+ individual units with fully executed 3D projectile physics is stunning. Some still consider TA to be the best strategy of all time.

Unfortunately, shortly after the production of this masterpiece and the sale of 1.5 million copies, Cavedog studio run by the legendary Chris Taylor was dismissed, and the rights to TA were bought by Atari (to later re-sell it to Wargaming.net, the creator of World of Tanks). Since then, all hopes for the second installment of the iconic strategy have been in a realm of dreams.

Since then, millions of fans are eagerly waiting for a game able to bear the title of "a worthy successor to TA", which will hit the same notes and allow you to once again return to the nostalgic world of Total Annihilation. There have been many attempts to recreate this phenomenon such as Supreme Commander, which appealed to many genre lovers, but many have also complained it is no longer the same as TA. The second part of the Supcom series was received even more poorly due to the optimization of the game for consoles and the troubles that came with that. In 2014, Planetary Annihilation was released as another spiritual successor, but it also received a rather bitter-sweet reception at its wake from TA-fans.

Is this the end of the story of this amazing subgenre? Not at all!

Beyond All Reason (or BAR for short). It transfers the units from the good old Total Annihilation (along with some fan mods!) to the modern open-source SpringRTS engine. This game was created completely out of love for the legacy of Total Annihilation, by enthusiastic players (by players, for players), not for profit, which is why it is such a magical and unique title.

Download Beyond All Reason now! (for Linux and Windows)

It's gameplay is heavily based on Balanced Annihilation, another game running on Spring Engine, which itself evolved from Absolute Annihilation (total conversion of Total Annihilation mod Uberhack to Spring Engine). In order to avoid potential copyright issues and to refresh the look a little, all models, sound effects, maps, etc. have been redesigned from scratch, greatly improving the graphical quality. This game has been in development for over 10 years, constantly refining the smallest details and improving the balance of units. Today, each unit out of almost 400 is worth using at a specific point in the game. There are hundreds of tactics at your disposal and no game is the same as the previous one. The available arsenal includes bots, ships, planes (and seaplanes!), hovercrafts, long-range cannons, amphibs, giant experimental mechs, ICBM rockets, and much, much more.

The BAR engine also allows for an incredibly large number of units on the map, in the order of 5,000. Moreover, every each unit on the map can be controlled individually as its own entity. As a result, BAR maintains the perfect balance between the two aspects of RTS games - micro and macro gameplay. There are times when you will enjoy controlling massive armies to achieve tactical supremacy and times when properly mico-managing a single unit will give you a major advantage on the battlefield. We believe every RTS lover will appreciate how deep the game-play is and how many possibilities BAR offers. 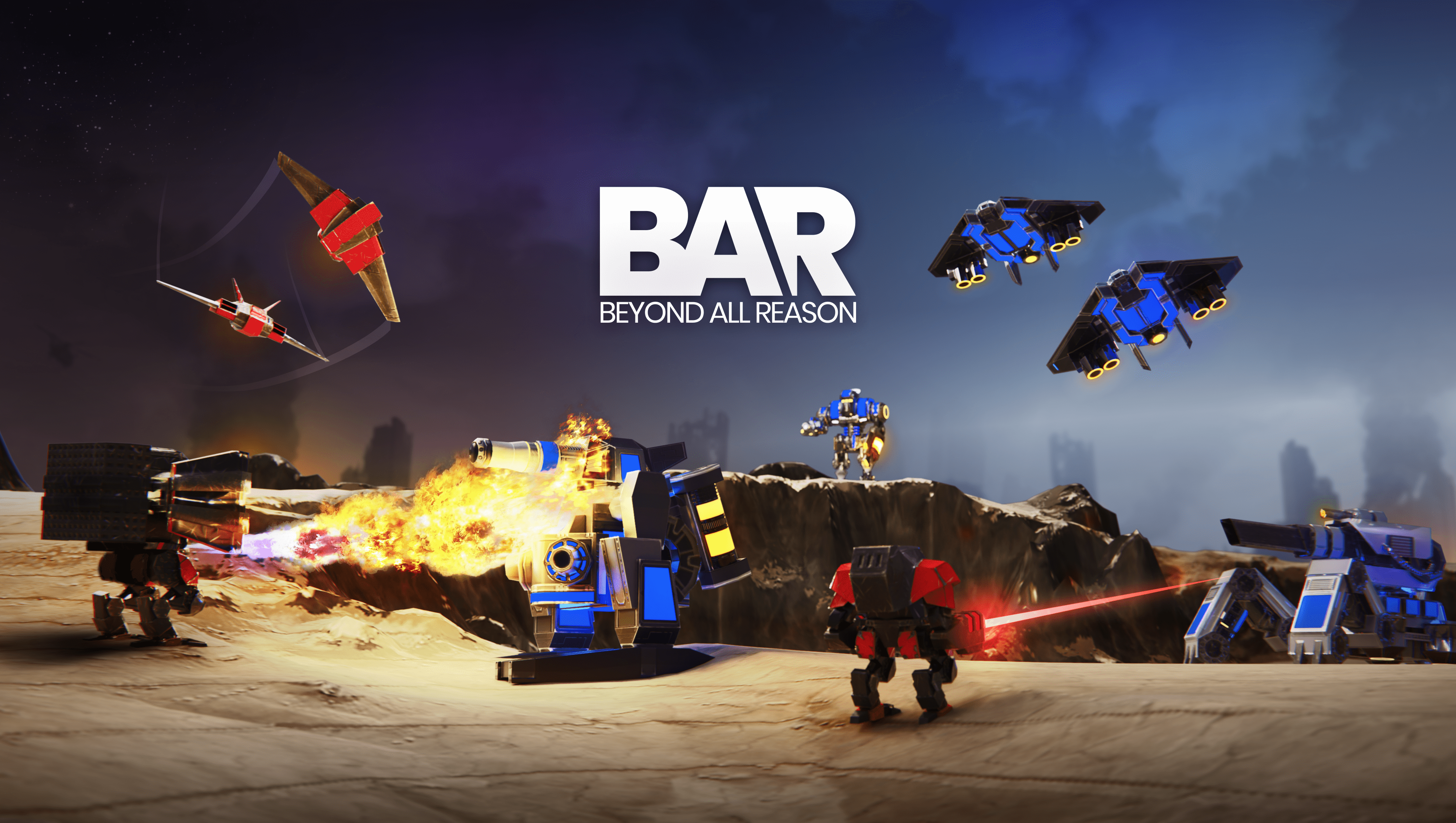 Currently, the game is in playable open-alpha, with the multiplayer gameplay in/near its final form. It is still being refined on a daily basis in terms of the client and infrastructure, and the development team is hard at work on a single-player campaign. For fans of PvE gameplay, it currently offers ordinary skirmishes, 2 profound survival modes, and a bunch of simple scenarios. 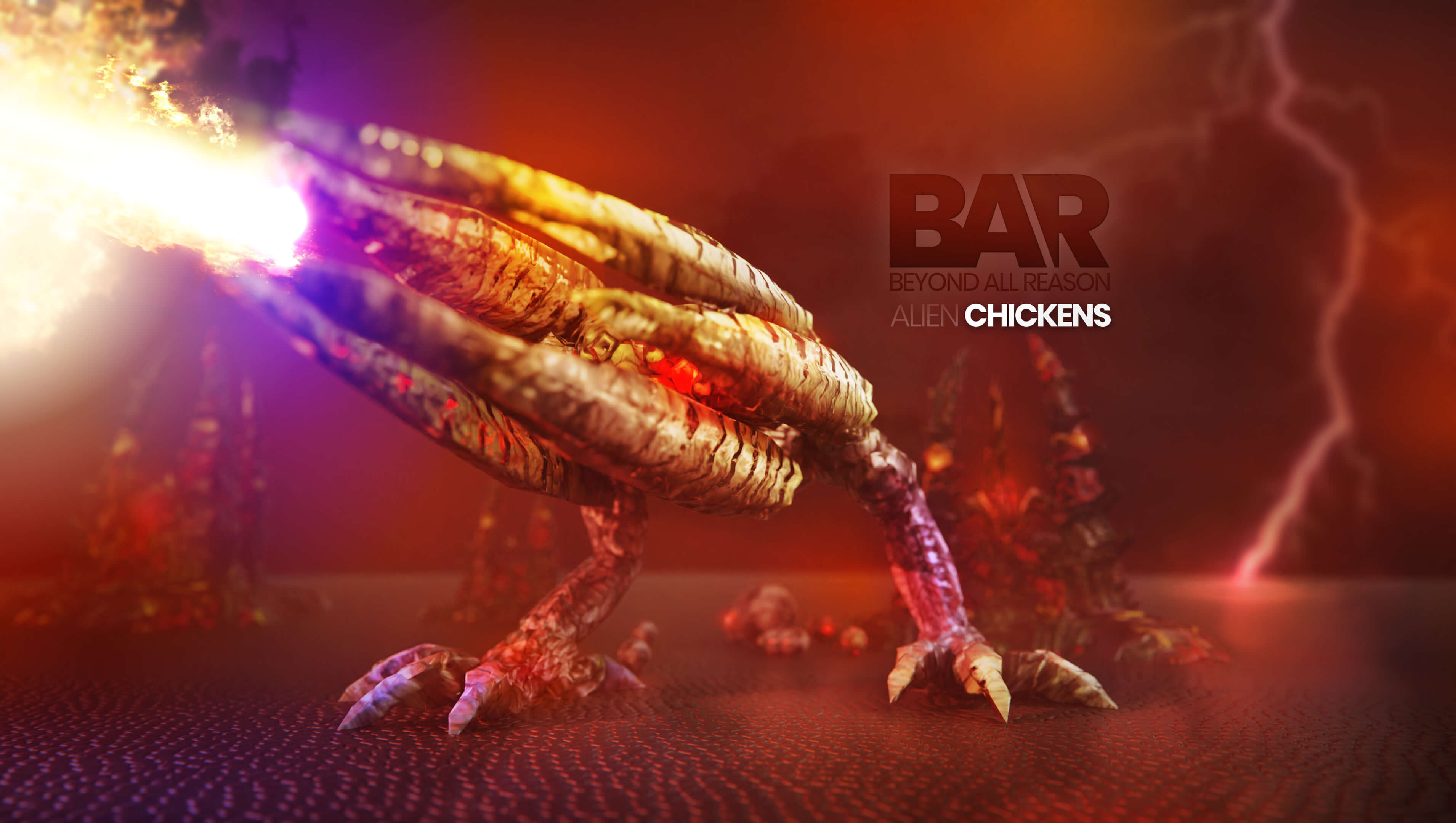 Beyond All reason is still in development in accordance with the motto "It is ready when it's ready", but generally aiming at the date of official Steam release around Q2 of 2022. However, most of the work being done right now considers the infrastructure and lobby client parts of it, while the gameplay itself is pretty much in its final form. As of today the amount of in-game content and its polish is already remarkable. The community and development team is very fertile, coming up with new content on a daily basis. Currently, there are about 100 playable high-quality maps available to play on, adjusted to various game modes like team games, duels, free-for-all, coop and PvE.

Moreover, it managed to gather a sizeable active and devoted community around it, even months before the release. It is easy to find players of any skill level to play games with at any time of the day. Be sure to check out our Discord community, to discuss the game, give suggestions, and find players to team up with/play against.

Download Beyond All Reason now! (for Linux and Windows)

To promote Beyond All Reason and grow its popularity (top games), use the embed code provided on your homepage, blog, forums and elsewhere you desire. Or try our widget.

Beyond All Reason RTS for Windows

Windows Installer for Beyond All Reason RTS (Free).

The game is fun, but its automatic update annoys me very much. As a Chinese player, updates always fail in the first and second steps

We have improved the downloader :) It should all be much more seamless now.

In Star Wars: Empire at War, players controlled an entire war for the Star Wars galaxy as the Rebel Alliance or the Galactic Empire. Now, they will face...

For a millennium, three opposing forces of humanity have fought a bitter and bloody war over their conflicting and unwavering beliefs. There is no room...

Experience brutal battles on a massive scale! Wage war by creating enormous customizable armies and experimental war machines that can change the balance...

The game begins with a standard mission, the Galaxy-class starship USS Dauntless (NCC-71879) is in orbit of a planet in the Vesuvi system. Captain Wright...

Real-time strategy makes an explosive return to the Halo universe in Halo Wars 2. Lead Spartans, Warthogs and other classic Halo fighting forces in a...