You are a survivor of an outbreak, and those who are infected will grow bone-like spikes coming out of their spines and exhale clouds of viruses into the air, causing more of the infection to spread, You are one of the few that are partly immune to the airborne virus. Scavenge the ruins of the old world, and survive! Apocalypse Scavenger is an RPG game with survival aspects and randomly generated maps and a pinch of horror in the gameplay! With: Items,Buildings to Scavenge,Weapons (Both Ranged and Melee),and Random Events that will occur when you play the game! There are also a load more of features yet to be added! This game is in active development! So expect updates from Twitter and Youtube! :D 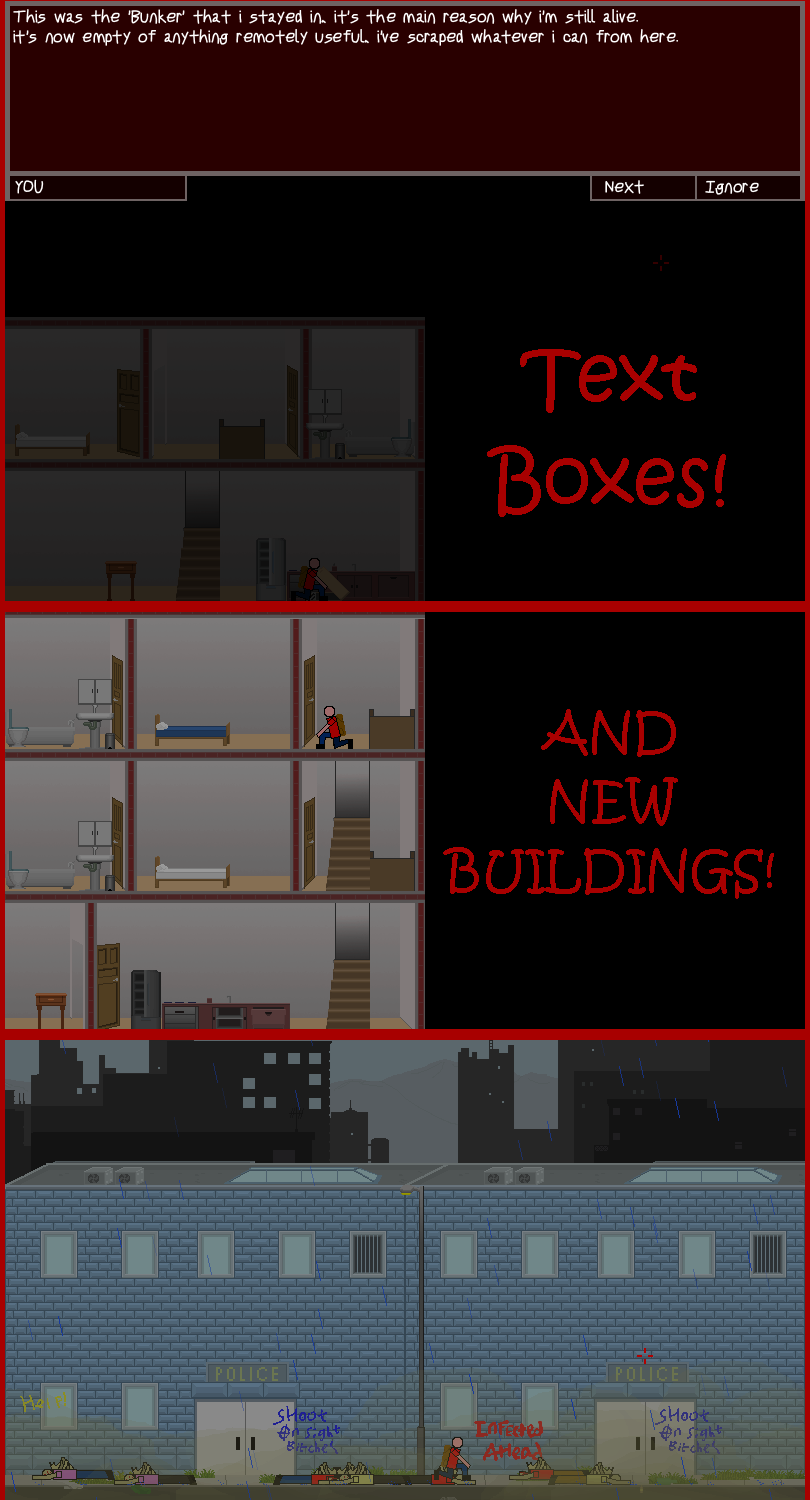 as for future development of Apocalypse Scavenger, it will be take longer than usual for an update to be uploaded. so be sure to follow any of the following links to be notified of any updates!

Hello Scavengers! It has been a whole now since the last update, but don't fret! Apocalypse Scavenger's Development is still alive! this will just be...

Hello Scavengers! I have been neglecting the IndieDB page for Apocalypse Scavenger, so to make it up to you guys! i'm gonna update you guys with some...

Hello Scavengers! Version 1.9a of Apocalypse Scavenger is now available to be played here at Desura! here's whats installed and new in this version! :D

The announcement of the new DEMO and V1.9 Update for Apocalypse Scavenger; what the update brings, the changes, and also other news!

the DEMO version of Apocalypse Scavenger, Note that the DEMO and the full version available to be bought are completely different in Gameplay and Content...

The idea for the zombies isn't hugely original, im sure i've seen something like it before (The last of us, im looking at you!)

Well,that is what i was Afraid of 2 Years ago when i built the First ever prototype for the game!
But surely the Game-play and Multiple story-lines will make up for the Repetitive Zombie survival Genre!
Thanks for the Comment! :D

This game is Programmed Purely in Java with the LWJGL Game Library!
Game maker was not used to make this game!
Nevertheless Thanks for the comment! :D

The House of Oni Role Playing

To Find Myself Role Playing