Anno 1602 is an economic, rather than combat, orientated strategy game. Players are rarely challenged in battle. The game design is noteworthy for its attempt to implement a 'progressive' AI, meaning that the pace of the game changes in response to how quickly players act. The game is set in the Early Modern period of history and is based around colony building and resource management on a series of small islands. It includes aspects of exploration, combat, diplomacy and trade.

It's been like 5years since I've played it, so I dom't remember.

My latest save file was 2 and half years old (I named the save file as the date) so I haven't played this either in quite while, but it's still as legendary game as road wars and midtown madness which are made on same year as the Anno, 98.

Who remembers the extremely loud CHOOSE YOUR BANNER?

Yeah :), I might actually play it right now that I do have the full version, but one thing has been bothering since middleages, how do you ship and ship out your troops ? Possible ?

Hold ctrl and click the troops in boat, only 6 years late but hey!

I don't think that the "tricorne" was in military service as of the 16th century. Good game if you get the hang of it :D

Still the best of all Annos :)

Napoleon Total War is the latest strategy from the Creative Assembly's Total War series. It is based on the life and times of Napoleon Bonaparte!

Relive Your Childhood Toys comes to life! Build your Army Toys, make battle scenario, watch the Toys battling each other, and customize your play with...

In R.U.S.E., players use their brain as the ultimate weapon, fighting a war of perception, where the ability to deceive and mislead the enemy determines...

Anno 1503: The New World (known in North America as 1503 A.D.: The New World) is a game with both real time strategy and city building elements, developed...

This is the expansion to the strategy title, Rome: Total War. While the original dealt with the rise of the Roman Empire to glory, the conquest of the... 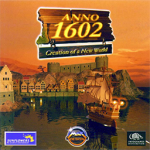