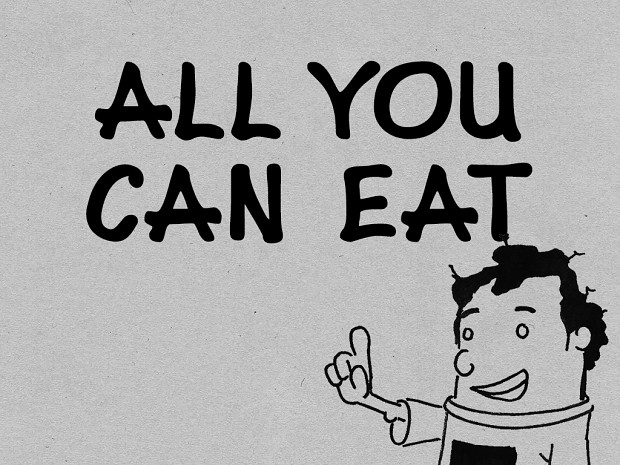 All You Can Eat

"All You Can Eat" is an interactive comic adventure inspired by daily comics such as Dilbert or Calvin&Hobbes. Each player interaction in the game world (talking, picking up items, using objects, etc.) creates a new comic panel, furthering the story. Also, when you reach the end, the game gives you the option to print it out like a real comic. This is the first game in our series of interactive comics. It follows the protagonist who has been living inside a 24/7 diner for the last ten years, off of a single "All You Can Eat" coupon. Now, the diner is about to close for good and our hero is going to end up on the street unless he finds a way to keep the diner open.