In concurrence with the development/release of the upcoming Alien Arena: Tactical, the entire game is receiving an artwork update to take advantage of the new rendering capabilities of the engine.

Way back in early 2008, Alien Arena received a major graphical overhaul, updating all of the player characters and many other items. Generation 2 served us for six years, slowly evolving over time as changes in the rendering engine came, to take advantage of new features. Well, six years is a long time, and the decision has been made to move to Generation 3, starting with the player characters all receiving updates. In some cases, the entire mesh has been reconstructed, in others portions have been redone, or enhanced. Skins will all be redone either completely or whatever portions are needed to bring the standards and consistency to current levels. Some weapon models will also receive either updates or be completely new, with only a few remaining unchanged, as some of them were more recently constructed, and others updated already(can you believe the blaster mesh has hung around since 2006?). Powerups were all very recently updated so those will remain as is for sure.

As of this writing, four of the nine characters have been completed. Here are some images of the updated versions of the Martian Warrior, Commander, and Slashbot. For "before" images you can peruse the images here on Indiedb.com or the official website. 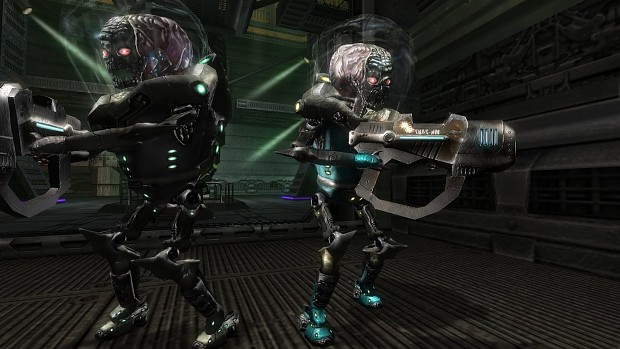 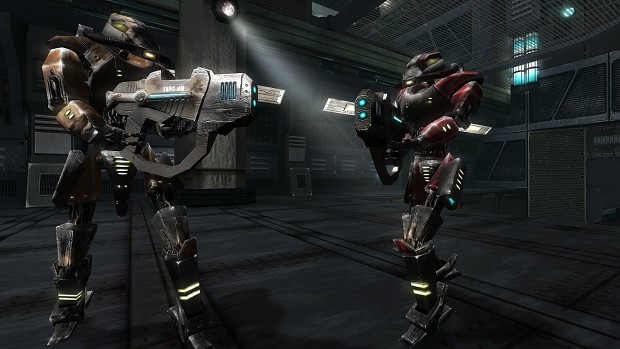 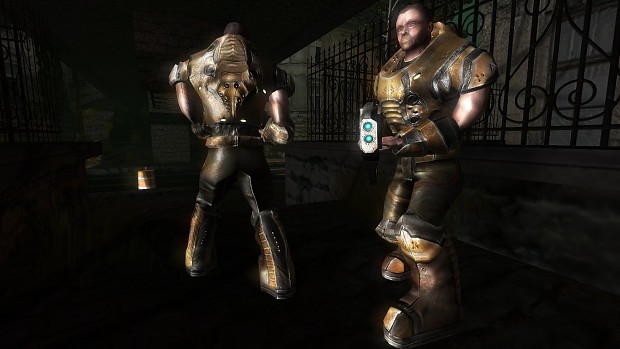 Polycounts have are roughly 50-90% higher, and the UV layouts have been optimized to allow for more detailed, sharper texturing. Performance in normal gameplay should be completely unaffected due to the rendering changes made over the past year. Our tests in very extreme scenarios(i.e, filling a room up with fifteen Martians clumped together) showed only a small decrease in framerates on a variety of platforms. As you can see the look of the game is evolving, while Generation 1 was quite campy and silly, Generation 2 took the game to a darker, more sinister look. Generation 3 is furthering that trend, moving it towards a more "horrifying" visual...the stuff nightmares are made of! Just wait until you see the new Overlord model...

The other change that will occur is that a number of levels will be receiving updates. We are currently working on a new terrain rendering system, that is in it's early stages, and working very well thus far. Some levels will be receiving terrain bits where appropriate, and some other updates. As in the past, we may cull out some levels that are dated and just not worthy of continuing to be part of the base game. It's also possible that some game types such as Deathball and Cattleprod may be relegated to the archives, as they never proved popular at all and maintaining them and their levels will dilute our efforts to push the game forward.

The tactical version of the game is also proceeding as planned, and we are busy working on content and other gameplay enhancements that will be discussed in further news updates. We expect all of this to be released some time this Spring, which will include the full demo of Alien Arena: Tactical.

Awesome! This game is really fun, nicely captures the fun of some of my favorite shooters (Quake, Unreal, ROTT, etc.)

great news. The game is genuinely fun, for those whom haven't played.

Thanks :) Might have the Overlord finished by the weekend...

it looks like an evil version of mars attacks