The year is 1943. The Wehrmacht has begun Operation Hawk in an attempt to capture Kharkov with its steel claws. The SS Division Totenkopf has moved forward to crush the Soviet tank forces, but the Red Army has held the line, digging in and putting up a fierce resistance. In response, German tank armies have renewed their offensive with Operation Panther, and Soviet tank crews are now finding themselves severely outnumbered. Want to step into the role of a commander in the very heart of Kharkov’s defense? You'll have everything the officers had back then: tanks, guns, and fearless soldiers. The success of each opposing force hangs in the balance every day. Your decisions will determine who wins the Battle of Kharkov. System requirements Operating system: Windows ХР SP2 / Vista Processor: AMD Athlon x2 4200+ Intel Pentium D 3GHz Memory: 1 Gb Hard disk space: 2.6 Gb Video: ATI Radeon x1600 256 MbnVidia GeForce 7600 256 Mb Sound: DirectX 8-compatible DirectX: DirectX 9.0c 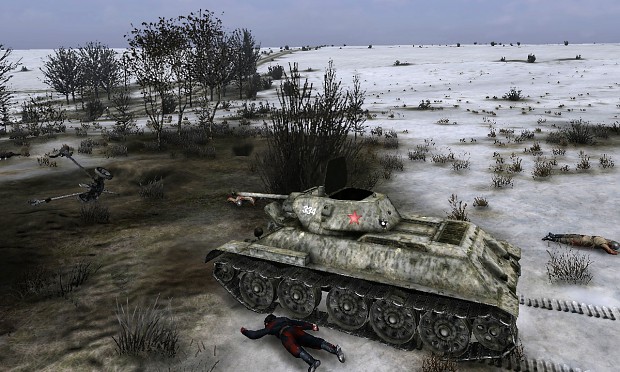