A dragon girl looks up at the endless sky

Adonis has been learning to be a dragon tamer as an apprentice to an ex-dragon tamer Danan.

One day, he meets a dragon girl Mint while he trains alone in forest.

The girl calls him Daddy although he never had a single girl friend.

He explains her that it must be some mistake but all she remembers is her own name.

In confusion, he decides to takes her Dannan's home and what he is confessed there is the

fact that Mint is the girl who destines him as a dragon tamer.

Adonis contracts to be a partner of a memory loss dragon girl and they begin their journey to see around the world in order to find out Mint's lost memory.

Guide her in place of her father!

You, as Adonis have been recognized as Dad by Mint. You have to educate her through the story as her father, and after all, she will grow beautifully. The game is based on a mult-scenario and how you play the game will affect the scenario branching off in 4 different patterns that Mint also varies her appearance and personality. 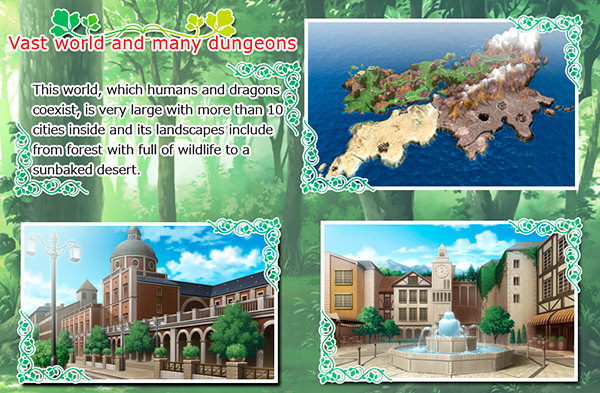 Vast world and many dungeons!

This world, which humans and dragons coexist, is very large with more than 10 cities inside and its landscapes include from forest with full of wildlife to a sunbaked desert. 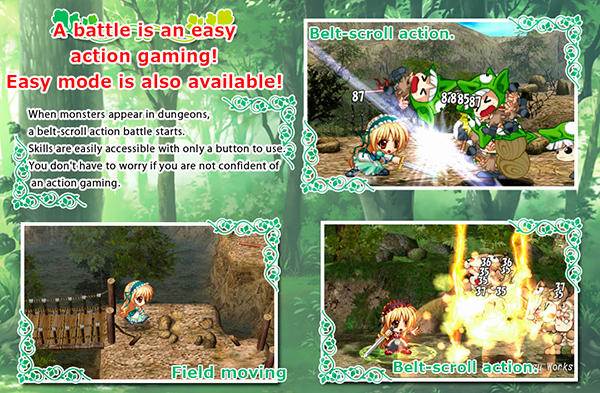 A battle is an easy action gaming!Easy mode is also available!

When monsters appear in dungeons, a belt-scroll action battle starts.Skills are easily accessible with only a button to use. You don't have to worry if you are not confident of an action gaming.

Various abilities depending on player's decision!

A skill point is given as Heroines level up and a player can choose a skill with a favorite property to evolve by using the point given. Heroines will be able to use a corresponding ability of the skill evolved.

To promote A dragon girl looks up at the endless sky and grow its popularity (top games), use the embed code provided on your homepage, blog, forums and elsewhere you desire. Or try our widget.

Demon and Heart : Protoype follows a high school student who is ruthlessly bullied by his classmate, but one day, a girl fights and beats your aggressor...

G-senjou no Maou - The Devil on G-String

You play as Azai Kyousuke, the son of an infamous gangster. Kyousuke knows what he likes and lets nothing stand in his way in getting what he wants.

“Detective Rosie Morgan: Murder on the River Thames” is a Detective Mystery Visual Novel and Yuri Dating Sim set in London. You play as DI (Detective...

Aisling and the Tavern of Elves

“Aisling and the Tavern of Elves” is an Isekai Fantasy-Comedy Dating Sim Visual Novel, where you play as Aisling Whitehorse, a hapless mercenary turned...

After experiencing engine problems on board Admiral Ashemont’s flagship “The Orion”, our team of cunning detectives have been forced to land near...

Erwin Lemmor just got transferred to a prestigious military academy to study Armored Warfare. But when he arrives, Erwin realizes it's not Tank School...