Hello people!Today I bring you much joy with the Post on the 1st game of the channel - 5 WarriorsIt is a game of Action in 3rd person, developed in Unity 3D Engine, the guy who writes to you and makes videos GamesIndie pro channel, I! =]

Well basically in the game you control a ball that at first, has the power to shoot balls into a endless legion of enemies, which are other balls. 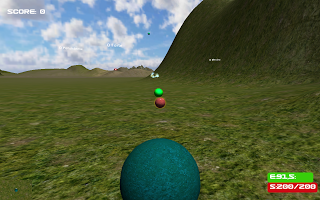 In the game there are also five heads, and each has different characteristics, and after being defeated, gives our character a different power, To find them, just follow their name q is suspended above them, but be careful to get close they start to attack and usually only stop when you die!Below are the heads with some features and what they release: 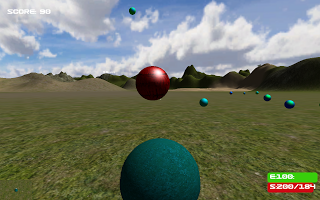 It is the 1st boss to attack you, has average speed of locomotion, and firepower loud as it can shoot 3 balls simultaneously power. When you beat him you release the second character's power, a bullet which damages when it hit a target area. 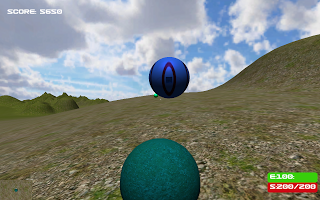 Is the boss with longer life, yet does not make shooting no power, only harms lean on our character. To beat him will librado healing power. 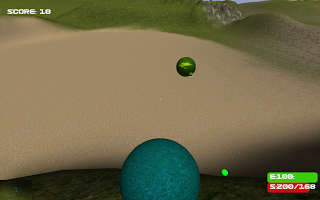 It is the Head that moves with greater speed, it makes it very dangerous place shots, but has little life! When you beat him you will unleash the power of moving faster. 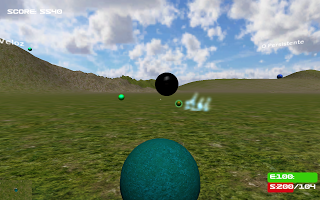 Is the Chief with increased stamina, so can perform several shots for a long time, but has a slow moving! When you beat your character will restore stamina faster and when staying with stamina below 0 will be able to perform attacks again when she gets to 30, different from normal mode only possible to attack again when stamina reaches at least 50 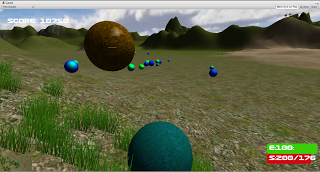 It is the Head of the more balanced game, gather advise all other powers before facing himbecause without it he may get some advantage against you! To kill him no power is released, however the game goes into a dobrevivencia mode, where enemies will simply attack you with much more ferosidade! =]As seen every boss except the Master release power to the character and each could spend a certain level of stamina:The second attack power uses 45 points of stamina to be used, but it only works if the level of stamina is above 50. To use it click with the right mouse button.The healing power at a cost of 60 points of stamina recovers all the character's life, but only works if the character's stamina containing 60 or more points. To use it press 'q'And the power of speed, costs 0.5 stamina every tenth of a second that the Shift key is pressed, this power increases by 25% the speed of the characterBasically the game is more like the guys and try to survive and kill the bosses, the game only ends when you die and will appear on the screen and your score if you want to play again!I made this game for almost 10 days and all the effects I made with the Unity 3D engine, did not need any other program to model the terrain, or do the explosions, everything had it!So if you want further ahead will bring Unity 3D tutorials for you here on the Blog and in the channel too!Anyway here it is the link for those who want to download the game:
Dl.dropbox.com 205% 20Guerreiros.rar

To promote 5 Guerreiros and grow its popularity (top games), use the embed code provided on your homepage, blog, forums and elsewhere you desire. Or try our widget.

Full Version of game, unzip the file and good game!! =]

Rush through waves of enemies on Starkiller Base with the power of your lightsaber in your hands. Storm through the jungle canopy of a hidden Rebel base...

Myriavora is a roguelike swarm action shooter. You unleash a storm of fire and ice upon giant spiders, dodging their frantic attacks via cool moves.

Raptor: Call of the Shadows

Raptor: Call of the Shadows is one of the best Dos-based vertical shooters ever made. The concept was simple and quintessential to a period of gaming...

Offers deeper insight into the world of E.D.N III and the uncertain fate of future mankind. A decade has passed since the first game, and the face of...

Giant Robots. One-on-one beam saber action. Macross Missile Massacre (tm). The only thing that would make this game better would be online multi-player...