A more in depth look at what is Veil of crows, and how you play the game.

aVeil of crows is best described as a 'Sandbox Real time strategy game'. How do you mean?? You might ask...

I have taken a lot of my favourite elements from games such as 'Mount and blade' and the 'Total War' series, and the most fun parts of castle sieges from Stronghold , and blended them together to build a fun sandbox style RTS/RPG hybrid that is Veil of crows. 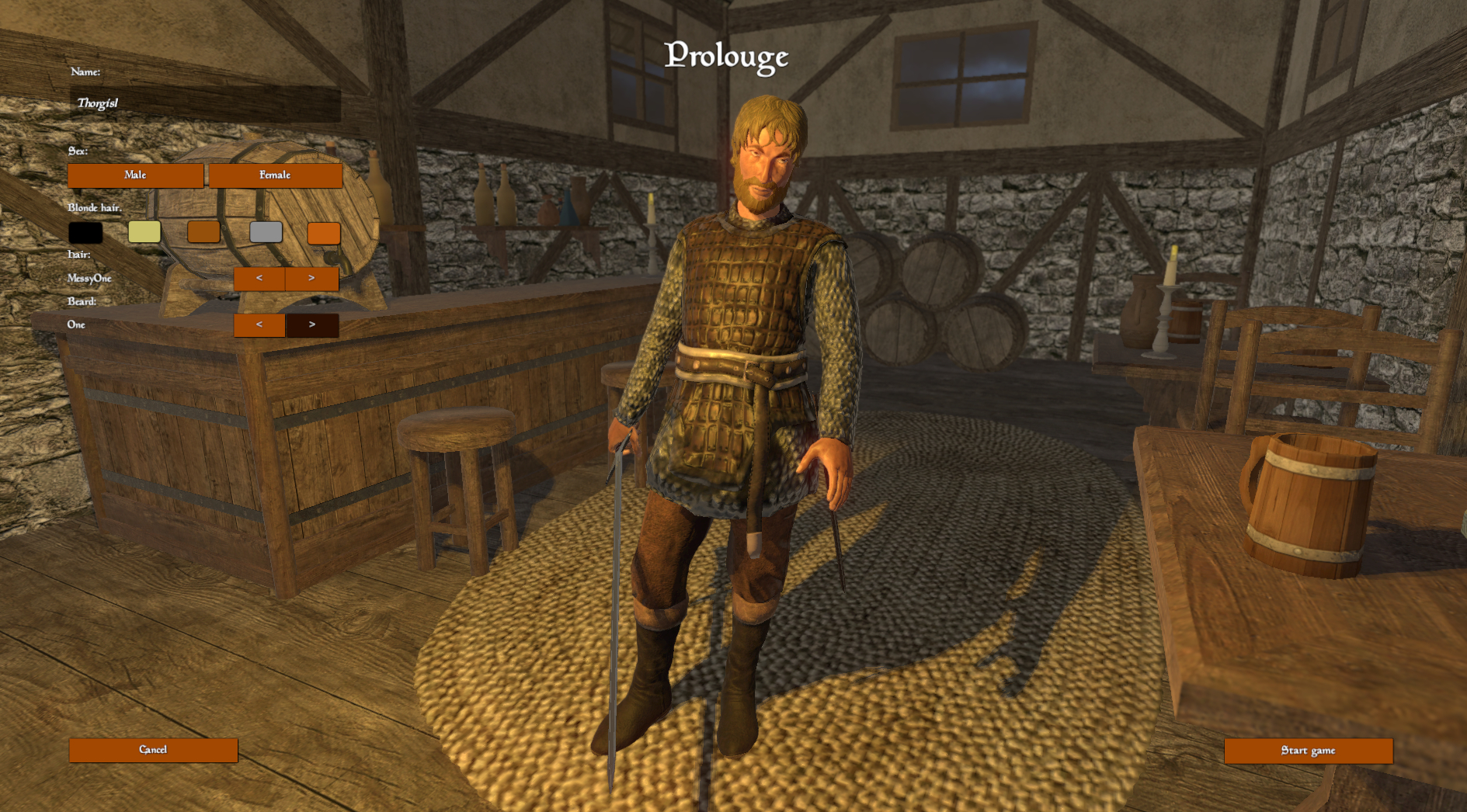 When you begin the game, you will start with a hero character and (possibly) a handful of peasants. No-one will know who you are, or what your potential is. You have no titles, no land and barely a penny to your name. It is up to the player to explore the land, complete quests (for some quick gold or men), buy & trade resources from other factions, all the while levelling up your hero units and building a band of warriors. When the player is ready, it is up to them to truly build their faction by besieging castles and capturing villages, which will attract the attention of other factions... which will of course lead to all out war!

The aim of the game is to become the sole King of the land, however VOC has a twist. If you main hero dies, and there is no-one to succeed them.. Game Over! The game will end, however when you start over the world will remain as you left it. Your former empire is now under control by the AI with a new leader. You are merely a peasant again. If that sounds harsh, never fear! There is also a a casual mode where you don't need to be so careful :) 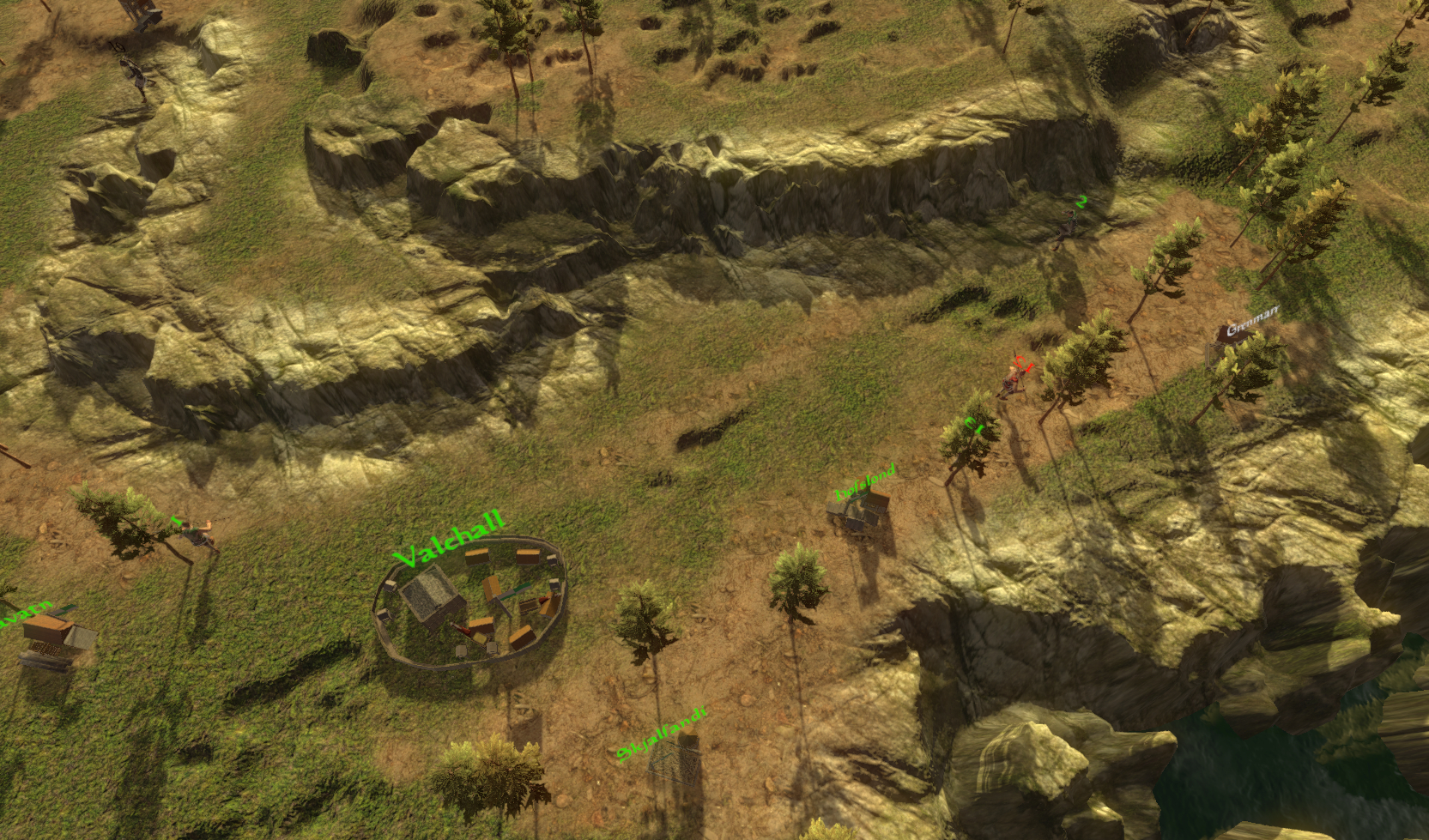 The campaign map in VOC runs in real-time (with speed controls). This is where you manage your kingdom, upgrade your castles, train soldiers and interact with the world in general. There are also random events that appear around the world in the form of 'Campfires'. Campfires only stay around for a short amount of time, but they often present danger and opportunity for the lucky faction that finds them. Currently there are about 20 different types of campfires (that number is growing) that can range from free resource/ gold, to helping free prisoners or even random chance events, that can result in a gold prize, or an ambush. 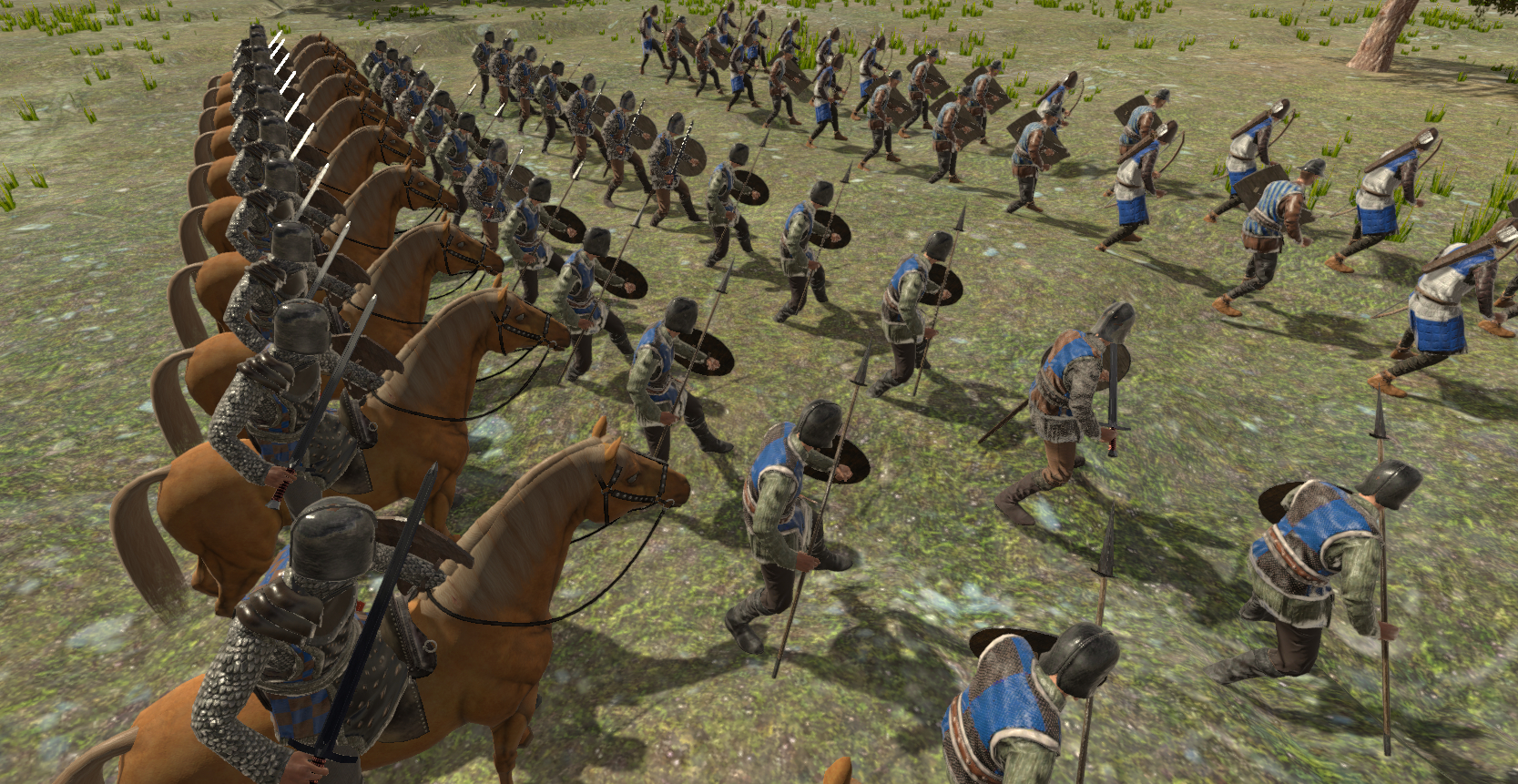 Battles in VOC take part on one of the many Battle maps. Battles are fast paced, violent and chaotic. Everything from troop movements and archer fire can be influenced by the environment and weather, so keep that in mind. Every unit has strengths and weaknesses against other unit types, for example, it is a good idea to attack enemy cavalry with your Spearmen, but aim to keep them away from enemy Footmen (this may change). Currently there are about 16 different unit types in VOC, however this will grow once the development cycle shifts from mechanics to content. I am planning about 4 - 5 different levels for each unit type, and there are currently 6 different unit 'weapon types' however this will most likely grow too. Castle sieges also add another element to combat, as when you are attacking, you must overcome the enemy walls using ladders, rams, catapults , ballista & (soon to come) siege towers. These can all be destroyed by the defending army, who also has a few defences up their sleeves that may turn your soldiers into mince meat.

I am a sucker for the small things in videogames.. so I have spent a lot of time making sure castles and villages look like someone actually lives there, and I plan on making each castle a unique challenge, with slightly different natural defences and obstacles to overcome when besieging or defending. Everything in a siege is destructible, which I plan on getting into further detail in a later article . 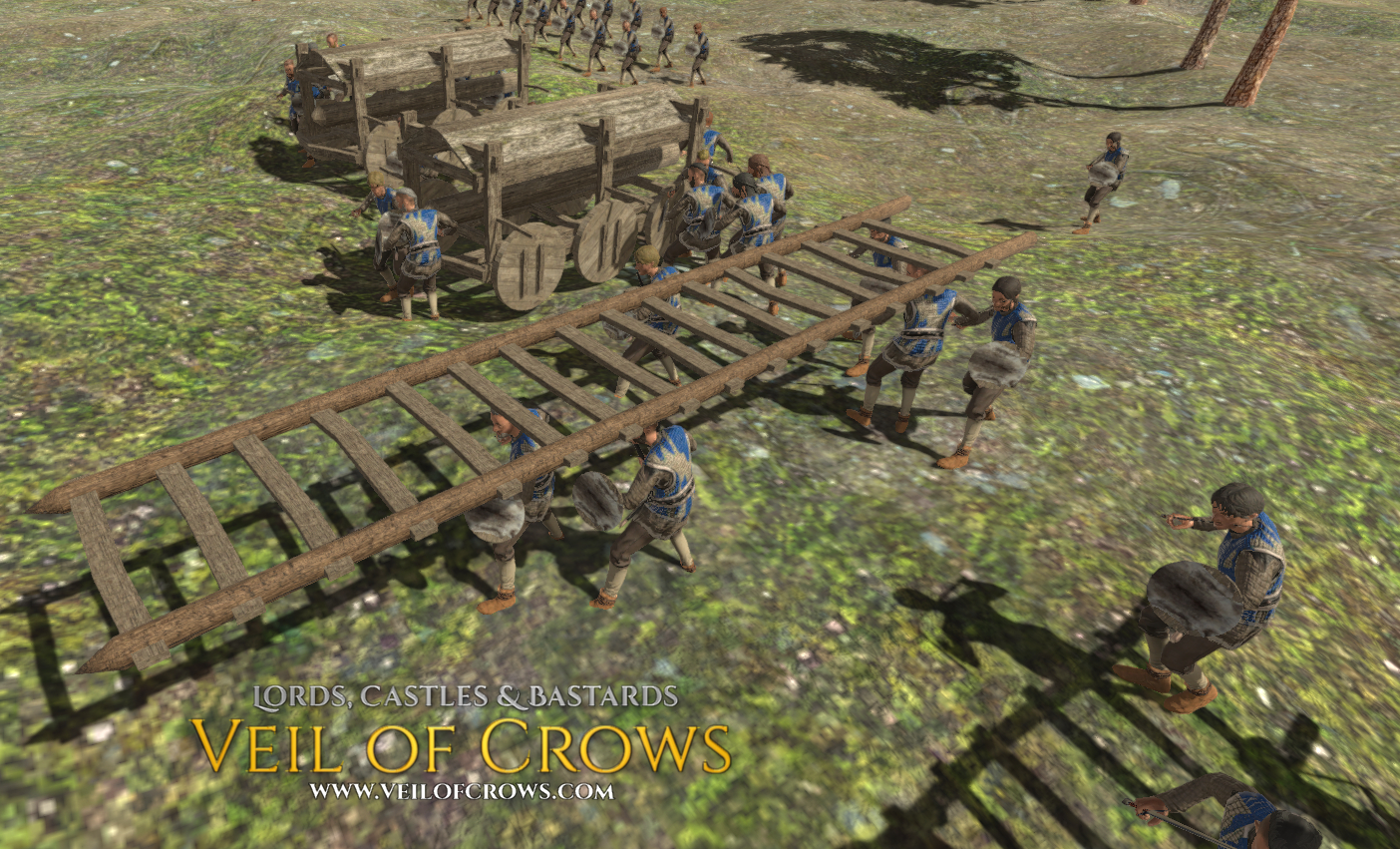 I hope this overview helps explain a bit more about Veil of crows . There is a lot of information and a few more videos on the website, so If you are still interested, please check it out at www.veilofcrows.com,, and please feel free to ask me questions!