Here's where we explain how you get a M-79 Grenade Launcher or a Tommy Gun into Killing, My Friend's weapon class system.

Posted by Hard-BoiledSoftware on Jul 10th, 2015

What The Heck Is A Permanent Mod?

Hello, Dwayne Douglass here again, Lead Designer on Killing, My Friend. As I covered in our previous feature, the weapon system in Killing, My Friend is pretty unique with our class based system that reflects the make-believe world of the movies. But we wanted a way to add more variety to the game and give Killing, My Friend a slightly more RPG feel and give players more elements to unlock. So we designed the Permanent Modification system to do just that.

Permanent Modifications apply stat changes to weapon classes or the player's character and can even bring new weapons into the game. Permanent Modifications give players the ability to skew some stats and abilities to better fit their style at the cost of other stats or abilities. The options are incredibly varied and each mod is fairly unique. But, they are called Permanent Modifications because each newly applied mod destroys the currently slotted mod. They’re permanent until you change them. Which means that the player has to choose carefully which to install. 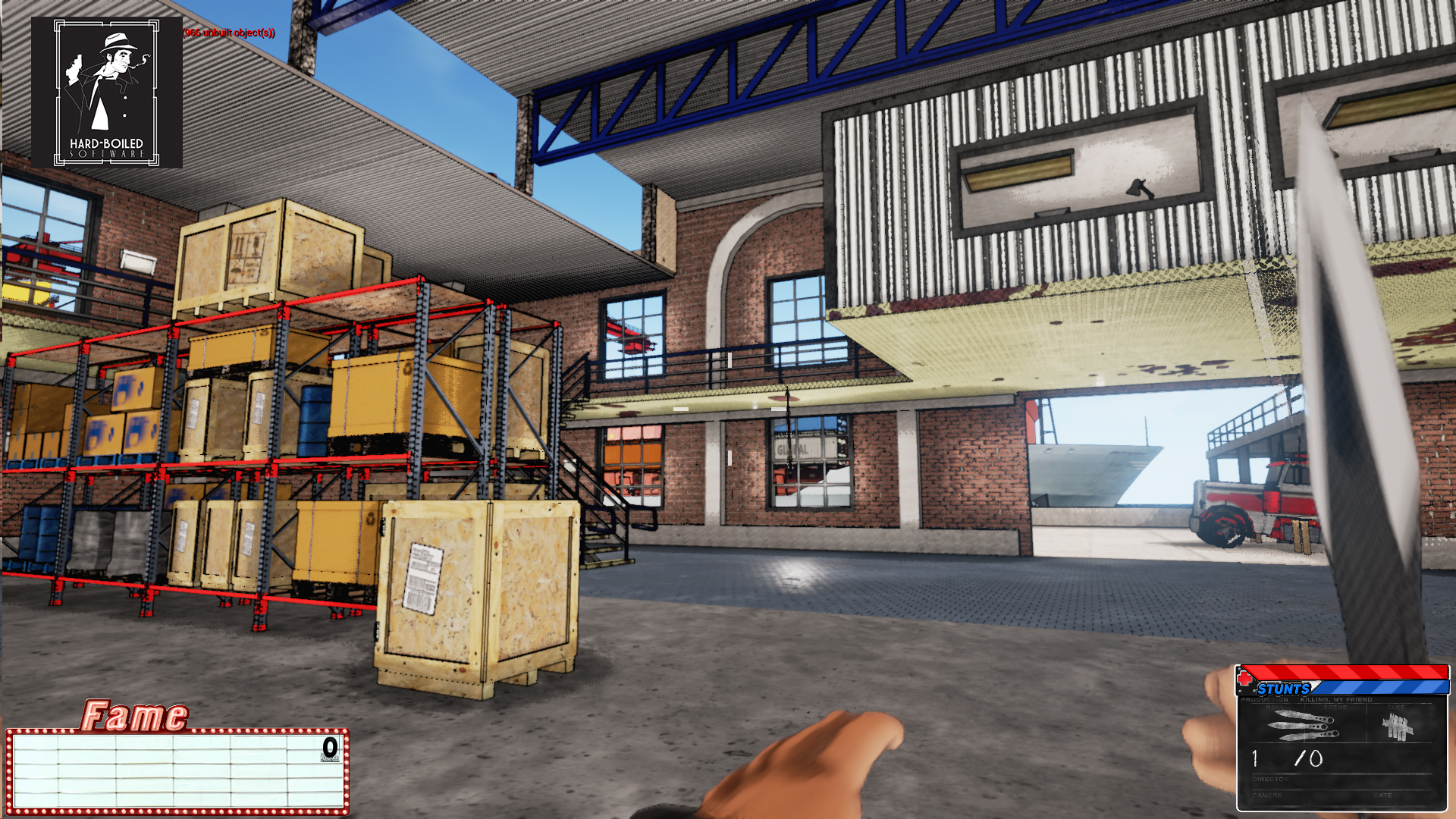 These Throwing Knives can be turned into Shuriken!

These are applied per class and they consist of small stat boosts typically paired with a contrasting reduction. For instance, a damage boost would come with a ROF decrease or smaller clip or both. Or a ROF increase would come with a smaller clip. They could be new abilities like burst fire for the dual wield pistols or slugs for the shogun or hand cannon with appropriate stat reduction. Grenades could be switched out for smoke or flash bang grenades. Some would only add a novelty/prestige element that only changes some ascetics like adding the ability to change weapon animations so they rack the shotgun one-handed between shots or the like. 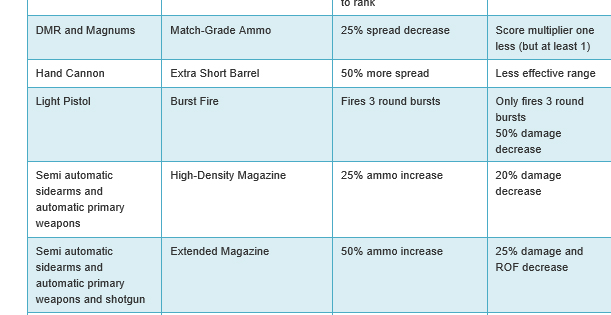 Here's a peek at a few of the weapon mods and what they do.

Permanent Player Mods: These consist of player related stat changes like a larger stunt meter, faster movement and new abilities like the ability to bandage faster or reload faster, as well as novelty/prestige elements that only change aesthetics. There’s the personal narration like a film noir detective or the one-Liner generator that plays cheesy over-the-top one-liners when a stunt bonus kill is achieved. Throw a knife into an enemy's forehead while diving through the air and you’ll hear “I think he got the point” for example. This feature is especially fun in multiplayer.

Here's a Sneak Peek at a couple of Player Mods.

These combine custom weapon models with Permanent Weapon Mods to create entirely new weapons that would otherwise not be available in the Killing, My Friend class system. Weapon Mod Combos are simply stat mods paired with specific weapon models and animations to create weapon options that do not normally exist in the game. For example, a Combo Weapon Mod for the Magnum class could be unlocked that would change the normal Magnum five shots to a single more powerful shot with a high penalty to reload speed paired with weapon model of a Thompson Contender. Or a Throwing Knives Combo Weapon Mod that reduces the damage per hit but the player now throws three at a time in a fan, paired with a weapon model and animation for throwing stars. 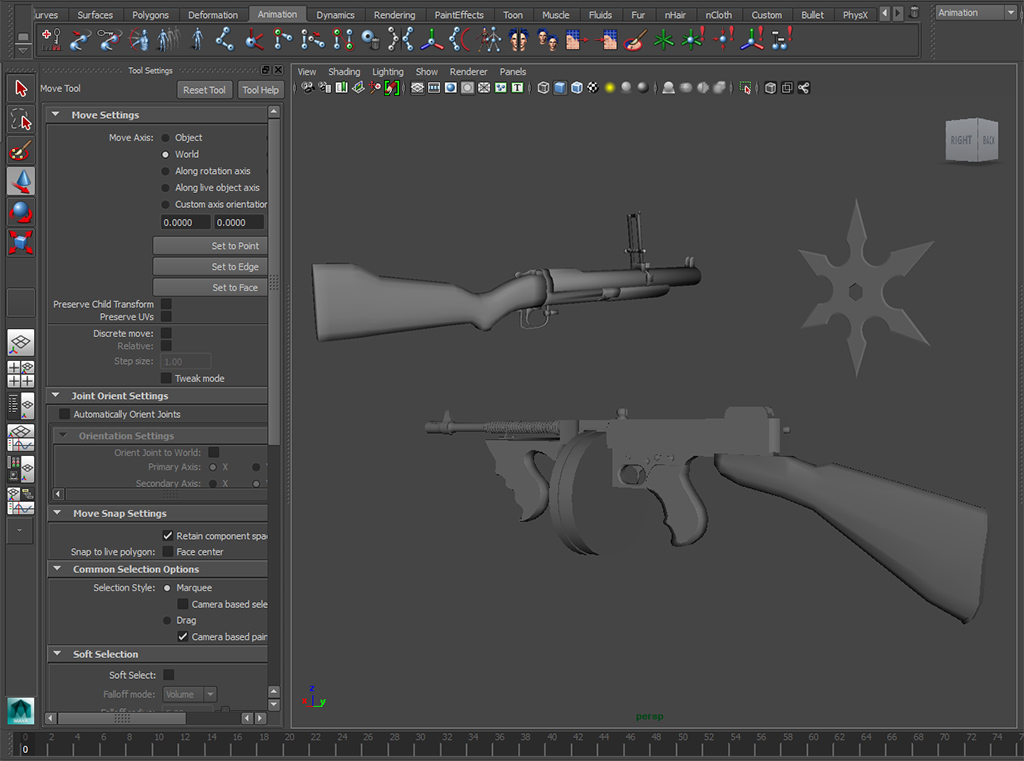 How Do I Get Them?

Stat boosting/reducing weapon and player mods and ability based player mods are dropped by kills have a rarity system with Common, Uncommon, Rare, Super-Rare and Chase rarity. Some mods you will run across often. Others you may only ever encounter once or twice. Like I said, you'll have to choose wisely which one you install because you may permanently destroy that hard-to find Mod. Weapon Mods or Weapon Mod Combos, or some of the purely aesthetic mods would be either purchased for Fame (points) at the in-game store or unlocked with achievements. Furthermore, purchased mods will always be available for unlimited purchase to allow players to experiment with different combinations and different weapons.

There you have it: our Permanent Mod system in a nutshell. The focus of Killing, My Friend is on player choice and personal style, both in how they appear and how they play the game. Permanent Mods help achieve that focus. Thanks for reading.

And if you haven’t already, go vote on our Steam Greenlight

and help us get on Steam! Thanks.