Every week, Gamer's Guide To Life will be hunting down and interviewing modders on their works - mainstream, unknown, up-and-coming and interesting mods are put on display as the author(s) answer questions regarding the mod, their line or work and providing deep philosophical insights into the universe, life, metaphysics... In the end, you get to discover or play an awesome mod, every week. Plus, you learn something. And learning is fun.

Every week, Gamer's Guide To Life will be hunting down and interviewing modders on their works - mainstream, unknown, up-and-coming and interesting mods are put on display as the author(s) answer questions regarding the mod, their line or work and providing deep philosophical insights into the universe, life, metaphysics... In the end, you get to discover or play an awesome mod, every week. Plus, you learn something. And learning is fun.

The town of Mortewood was chosen to be the test for Project H.O.P.E, an apparent cure for cancer. Couldn't be happier, right? Well, the cancer might be cured, but it does turn everyone else into a zombie. Oh, and for some reason, there are a lot of guns in Mortewood. Guns + Zombies = Fun. We spoke with the one-man team of Dec Doyle, aka dec1234. 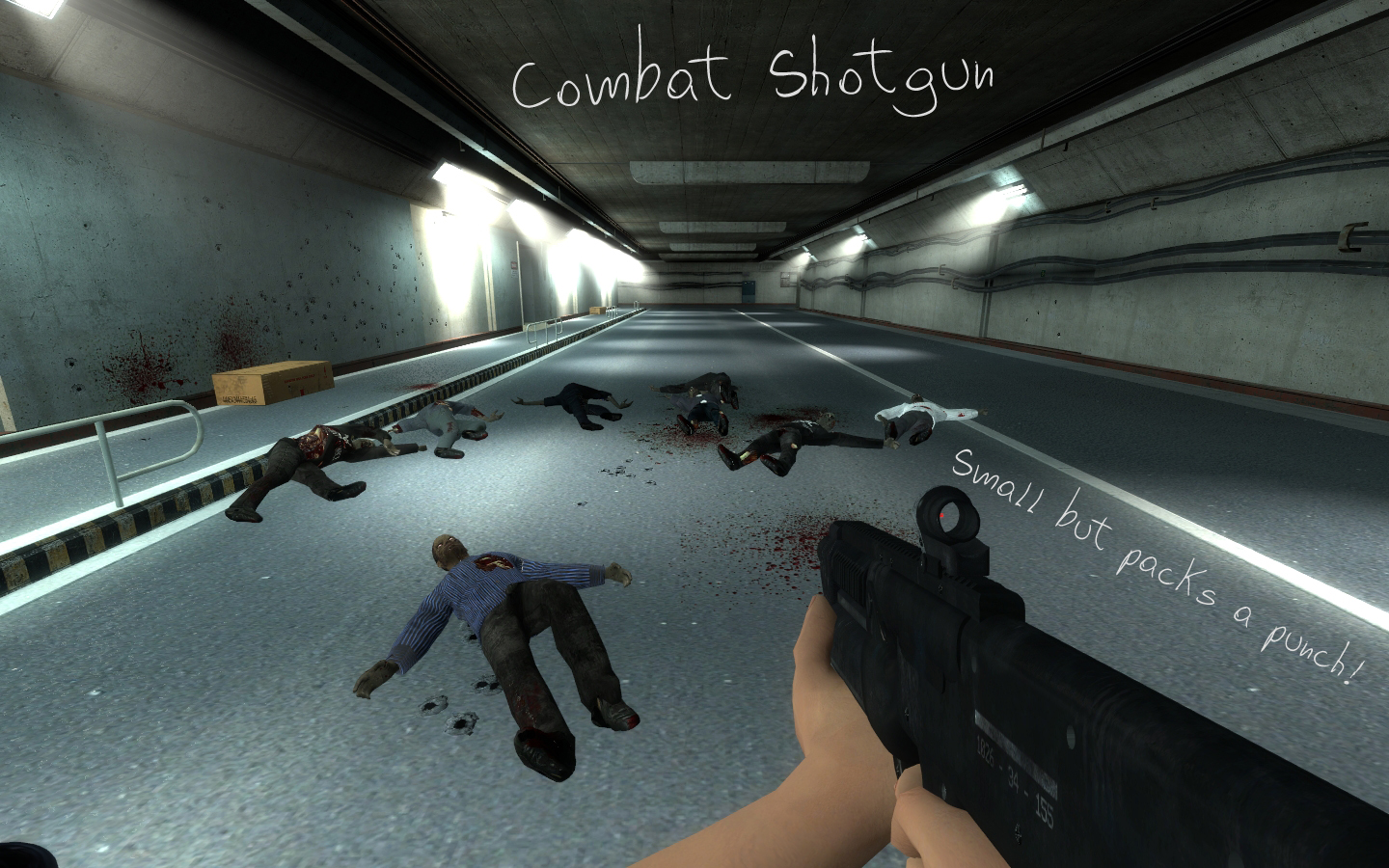 GGTL: Give us your explanation of the mod.
Mortewood is basically my personal dream zombie game. It is planned to be nearly all zombie games and others crammed into one. It will feature so much stuff to basically keep the players interested and no server or game will ever be the same. I want it to be something that someone can play alone, with friends, on-line and always give them something new to do and try. Things included are a single-player story and Campaign, Multiplayer co-op, deathmatch and various other gamemodes you would expect from most other games, tonnes of weapons to try and play with. Loads of maps and areas to battle with on other gamemodes. Loads of gibs, blood, gore, hacking, slashing and unrealistic owning of the undead. MANY zombies including male, female, torso, child and a few other secret ones still in the works. And vehicles. The more I write this the more things I remember that I added too this mod!

GGTL: Where did you get the idea for this mod?
It's been my dream since I first played the game "Zombies Ate My Neighbours" as a child. An amazing game that made me dream of one day creating a zombie game that I could play. The ideas for this one specifically is from a selection of sources. Think up the best zombie movies and games in your head and my answer is yes, the ideas come from them. Obviously with my own included but they do give me the help and inspiration.

GGTL: How did you get in to modding?
I first started with Battlefield 1942, making a personal mod called Battlefield Infection. This little zombie mod was the basic of Mortewood. After that I moved onto working with Halo 2 on xbox until I eventually found my way to the amazing Source engine. I spent around half a year learning all the tools and just began work on my dream.

GGTL: Just how much gore will there be?
Plenty. Everything you have seen so far is so "Alpha" that it doesn't even count as a place-holder. The gore will be unrealistic, stupid and damn fun.

GGTL: Is it sandbox, or a linear story?
Both. Sandbox is a choice, something I feel all games should have. Just a place to practice, try weapons or just blow off steam. 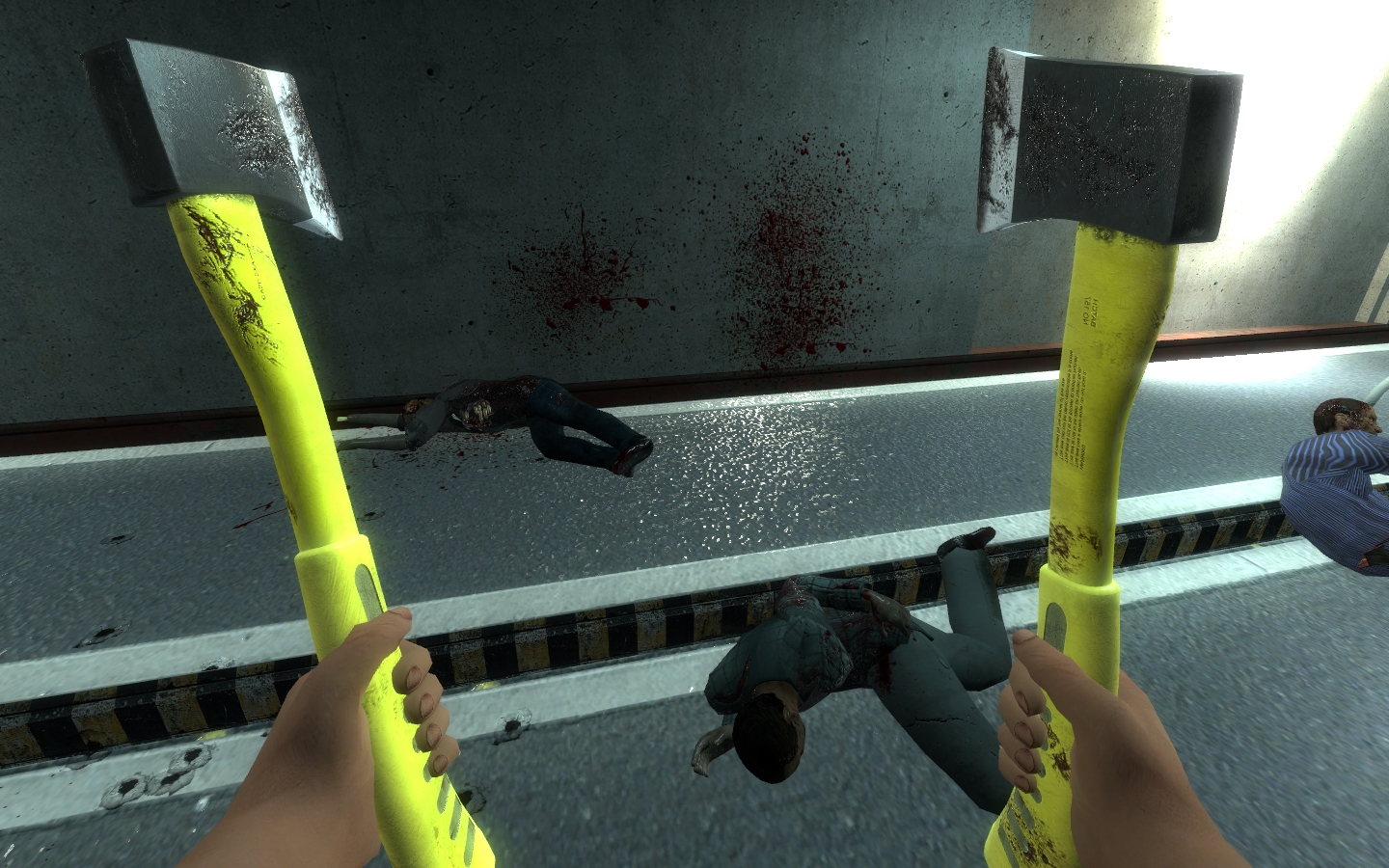 GGTL: Who is the 'Old man with the shotgun'?
He is an old dude with a shotgun, stricken with partial blindness and a hatred for "them skateboard-ning, rap-scalling teens", who snapped when his wife of 35 years was eaten and will stop at nothing to ensure revenge is dished out on the undead. Cheesy, I know - but I like it.

GGTL: What locations can we expect?
All the basics you would expect and then a few more unusual ones. Zombies on a space station, and so forth.

GGTL: Give us a few of the 8 types of zombies.
Male and female fast and slow zombies. Child zombies, Torso zombies. These are the obvious basics but the rest will be revealed later in time. I show all my weapons all the time so I want to keep something secret.

GGTL: Can you give a tentative release date?
End of 2010 early 2011 for the first playable demo or beta.

GGTL: Are you pleased with community generated around the mod so far?
Unbelievably. Nothing more to say.

GGTL: What other mods have you played/do you like?
ZPS, 1187, Orion, Outbreak Condemned, Raindrop, GE:S.

GGTL: Have you taken inspiration from any other mods?
ZPS as a choice of engine.

GGTL: What's the plan for the future? (ie. DLC or a sequel?)
Loads of DLC that I will add for around 1-2 years after the final release, until I hopefully get a job in the industry. Which - besides Mortewood - is my dream.

Might as well go stand-alone at sometime. The fan-base is huge and the games looks amazing.

You're getting famous Dec.

Gore with little creepy childs sounds cool. lots of games has been censored by having childs on the game maybe not HL2 but GTA III yes...

but this is a MOD and that means FREEDOM

With your knowledge, companies would better fight over you :D
You win, seriously.

GGTL: Can you give a tentative release date?
End of 2010 early 2011 for the first playable demo or beta.

it does suck but guys don't do the wrong thing....don't stop fappin'

Why is Raindrop the only game with a link?

Nice, nice interview - I didn't know yet that there was so much content in MP.

Boring shots for him to use for the article though, yah? =/ I'd expect he would use the renders you did of all the guns you have .. Or at least some of the more interesting ones

I could say more positive stuff 'n be totally excited about the mod - But finding new and surprising ways, to excitedly say "EPIIIIIIIC" .. It's just impossible by now D:

Great interview and I seeing Outbreak in your list made me so happy.

Thanks for the comments guys - keep checking the site, we've got interviews about Depth, In Development, and even Alpha Protocol coming up.

GGTL: Who is the 'Old man with the shotgun'?
He is an old dude with a shotgun, stricken with partial blindness and a hatred for "them skateboard-ning, rap-scalling teens", who snapped when his wife of 35 years was eaten and will stop at nothing to ensure revenge is dished out on the undead. Cheesy, I know - but I like it.
=====================

or he was just married to a younger women

your an amazing being! your created output is godlike, and this interview is just one more event to prove it! never give up, never surrender! ...wait, what?

Dang....i have to wait till the end of the year to play this!!! NOOOOO!

I have been watching this mod since its creation, I keep tracking all the updates and it keeps looking better and better. You have some serious talent and i cant wait to play this!

I got bored and thought id look through some old spam today on my moddb account. I haven't looked at Mortewood in almost 15 years

I remember dec used to be really mean and condescending to people and he ****** off 15-year-old me on a thermonuclear level with his attitude. I think I said something like this reminded me of Dead Rising or made some dumb comparison. Boy what a lengthy fight that started haha. I remember trying all kinds of crap to get under his skin. Just think it's weird I remember being so invested in him to completely forgetting any of this existed.

If the timetable is right, he didn't make it that much farther down the road with this when I lost interest myself.

If you are still out there Dec1234, hoping your next project went better. :P