This week, we take a look a upcoming Indie Game E.Y.E with Game Designer and Lead Programmer Jonathan. E.Y.E is based on the Source Engine, and mixes first-person shooting with Bioshock-style cybernetic abilities, all set in a world where conspiracy, horror and treason rule.

k, Gamer's Guide To Life will be hunting down and interviewing modders on their works - mainstream, unknown, up-and-coming and interesting mods are put on display as the author(s) answer questions regarding the mod, their line or work and providing deep philosophical insights into the universe, life, metaphysics...In the end, you get to discover or play an awesome mod, every week. Plus, you learn something. And learning is fun.

This week, we take a look a upcoming Indie Game E.Y.E with Game Designer and Lead Programmer Jonathan. E.Y.E is based on the Source Engine, and mixes first-person shooting with Bioshock-style cybernetic abilities, all set in a world where conspiracy, horror and treason rule.

GGTL: Give us your explanation of the game
Jonathan: E.Y.E is a FPS/RPG set in a dark and futuristic universe, where the powerful Federation struggles against the secret group Secreta Secretorum. Suddenly, strange and mystical force begins to devastate the whole known universe.

The player plays a member of the special forces of E.Y.E, under the orders of the mysterious [Commander] Rimanah, and with the advice of his powerful mentor, he will dive into black operations and political conspiracies that don’t make sense for him at first.

To achieve his ends, the player will have several magical powers (PSI powers) as well as powerful cybernetic implants. The player can evolve his character as he wishes, increasing his skills, his weapons and his implants thanks to experience, but also with new technologies discovered with a complete research system.

GGTL: Where did you get the idea for this game?
Jonathan: The game is inspired by a board role playing game we developed for fun in 1998.

GGTL: How did you get in to modding?
Jonathan: Before creating our professional development studio, we started by creating mods, first on Half-Life in 1999 by developing Syndicate Black Ops, then we worked on various other projects. At first we started to get into modding to create a mod matching us, and on which we could have fun, and later we decided to release it to the public.

GGTL: How story-driven is the game? Are you let loose on linear levels, or as you progress do objectives change and adapt?
Jonathan: The main plot is linear, but the missions can adapt to the choices and actions the player makes. For example, in one mission you must poison a water reservoir in a rebel base and you must not be seen. Instead of a game over like in many other games if you get caught red-handed, the mission changes and your objectives adapt. 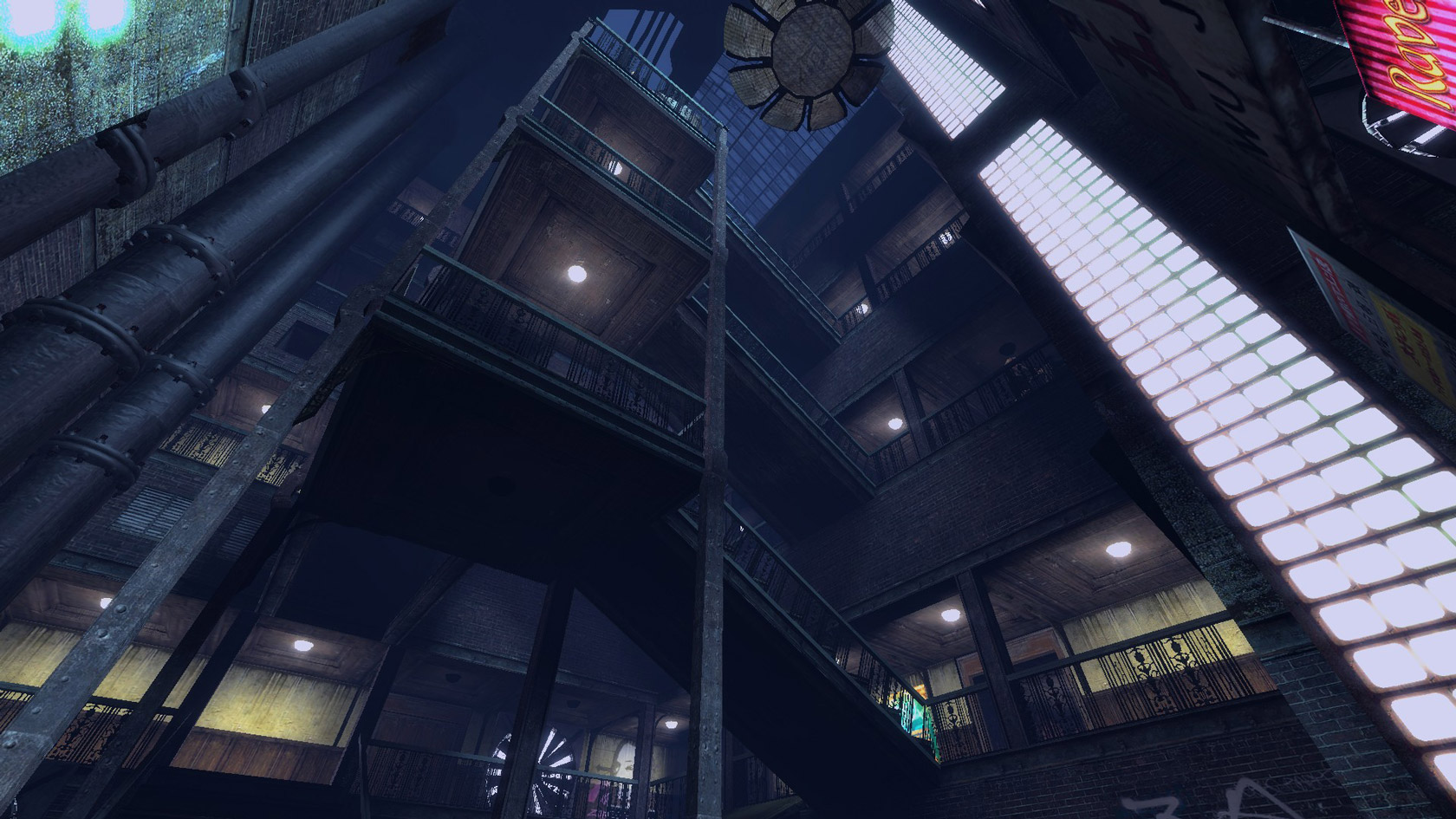 GGTL: Explain how the shooting/physic powers gameplay mechanics work
Jonathan: The player can totally choose how to get into a fight or in a situation thanks to his different powers and weaponry.

You have melee weapons, long-range guns, proximity grenades, combat drones, etc... Firearms all have their proper characteristics (recoil, damage, accuracy depending on the movement, etc), some are better for long-range fire, others for assault, or for mid-range combat.

Powers linked to implants and PSI powers consume energy that regenerates with time. The player can use both, able to combine them, and can complement each other. The strength of the implants powers relies directly on the cybernetic implants, whereas the PSI force relies on the corresponding skill level.

GGTL: Do you find it easy working with the Source Engine?
Jonathan: We are used to the tools because we made a mod on Half-Life years ago. So I'd say it isn't a difficult task, even if some tools aren't perfect.

GGTL: How deep are the RPG Psi-upgrading elements? A bit like Bioshock?
Jonathan: PSI powers don't work like in Bioshock, they depend on the PSI skill level of the character and of some of his equipment.

GGTL: Can you give us a tentative release date?
Jonathan: Very soon, we hope, without being able to give you more details about that. The game is almost finished – we are currently doing intensive tests to check the perfect balancing.

GGTL: What features can we expect in the Multiplayer?
Jonathan: There will be a cooperative mode to play the campaign with two players (up to 4 players, but it's not recommended) and another cooperative mode with special missions assigned (objective chain) playable with 4 players up to 8 (it's recommended to not get above this number).

We also implemented a team play mode where each team must destroy an objective from the other team. We're currently in intensive testing to figure out if this mode is fun or not. 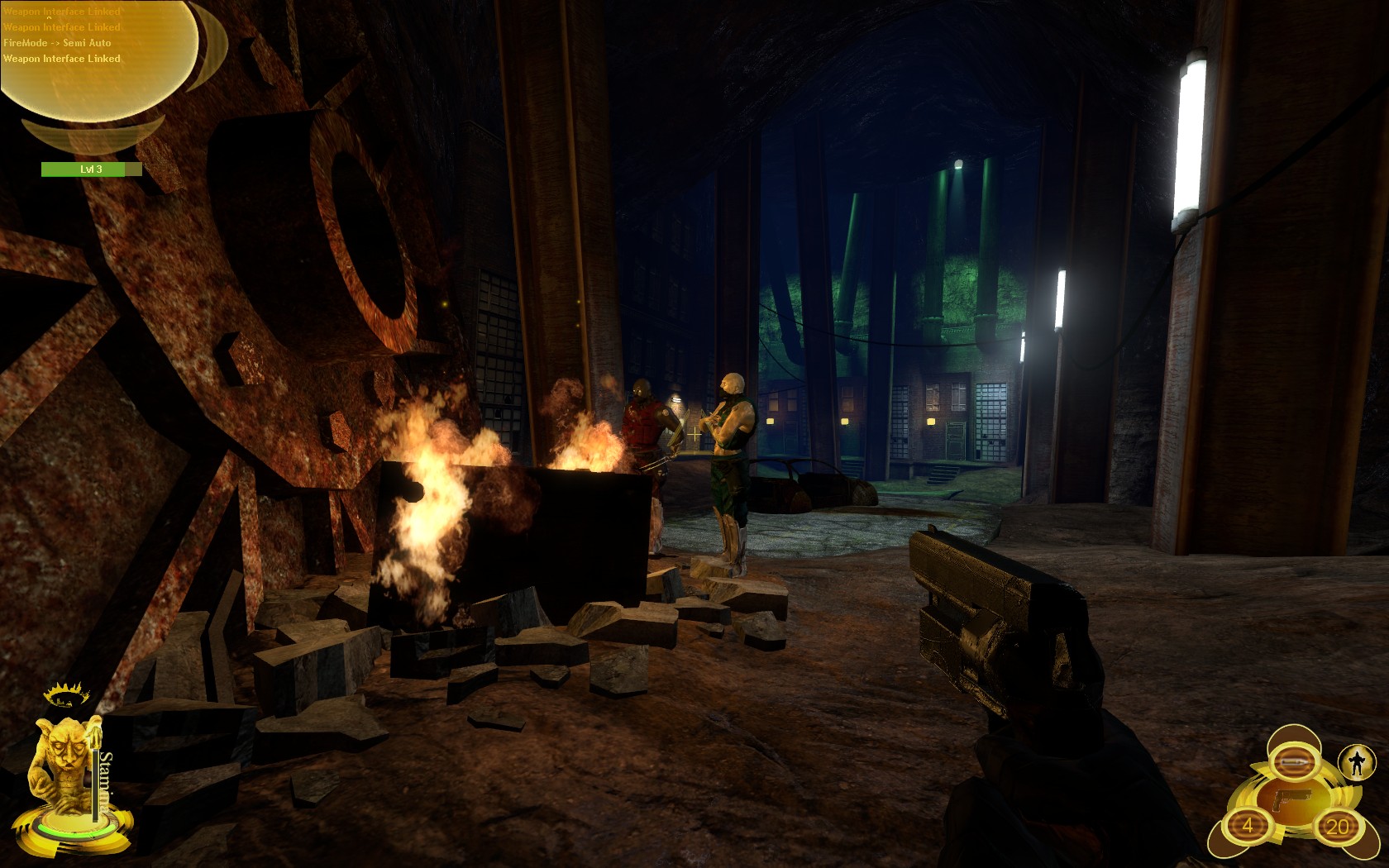 GGTL: Are you pleased with community generated around the game so far?
Jonathan: We've been gladly surprised to see that a community of players formed around our game, often fans of post-apocalyptic games, or Bioshock fans, Deus Ex fans and other excellent titles. This is a great honor for us, but also a source of pressure because we don't want to deceive them.

GGTL: What other mods or games have you played, and taken inspiration from?
Jonathan: The team really loves the following games (a lot are missing): 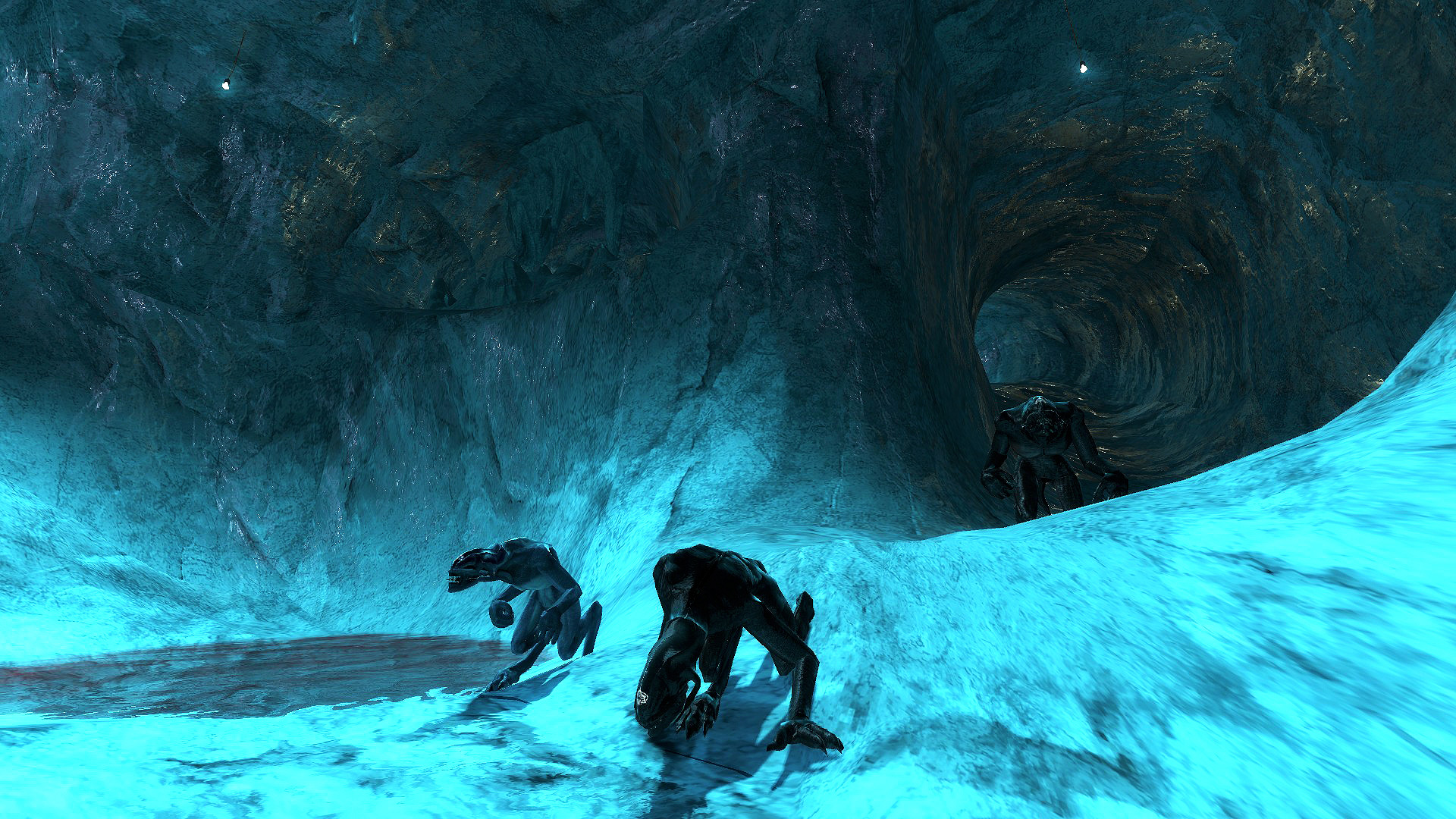 GGTL: Wow, that's....that's quite a list. What's the plan for the future? (I.E. DLC or a sequel, etc)
Jonathan: If E.Y.E sells well, we're thinking of doing free additional content such as new maps, and then a more complete add-on, but not for free this time. We also have a lot of cool ideas like an MMOFPS, but I don't think it will be feasible in the near future.

Check out Gamer's Guide To Life next week for another interview.

Wow, this game is looking amazing. Looks quite beautiful actually. :')

Awesome! SBO was a great mod that my friends and I discovered a couple of years ago and I'm really looking forward to this.

good to hear it's getting close to release been following this for awhile waiting for it to come out.

Been waiting for info on this for so damn long. Can't wait.

sounds great, can't wait until it is released :)

a bulit in coop, but not recommended by the developers? it's like admiting that you're making a **** game.

you should read better, they said there is a coop for 4 players, which is not recommended by the developers, the devs suggest to play coop with 2 players -.-

Nice interview :) . Good to hear you're getting closer to release.