This is a series were I share my own journey into the ArmStalker RolePlay Test Server, in order to put context to some of details I talk about previously here. This is the only server hosted during development, and all the latest details of the mission are seen first by the players there... All this is in order to give players a better idea of the current state of the mod. In part two, I meet my first player - the day before tragedy...

Walk in the Dark part 2

Picking up where we had left off, I was crippled by a dense pocket of radiation, due to the fact that I had no protective gear. I was in bad shape, and some Stalkers ran up behind me right before I lost connection to the server. 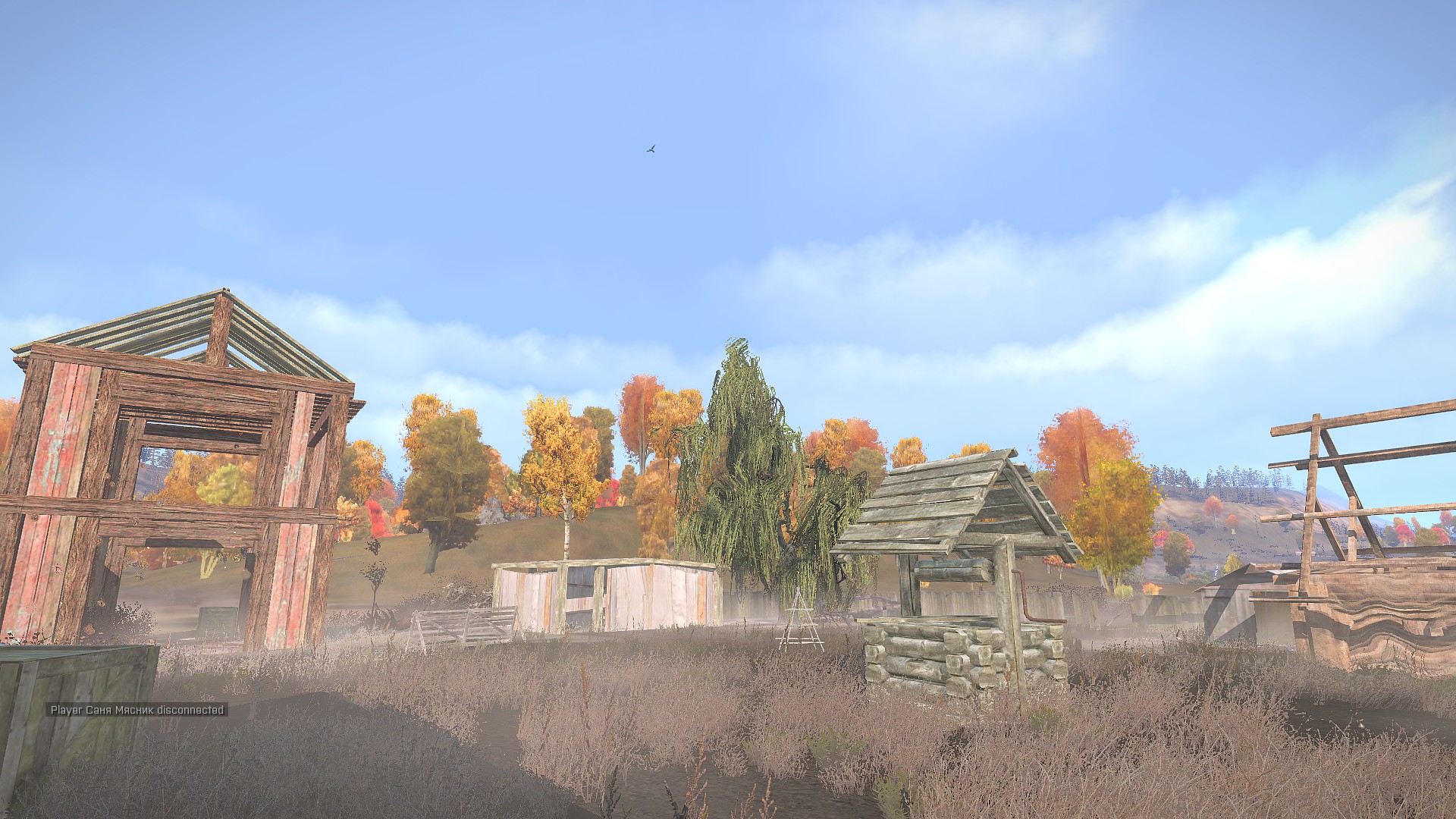 When I joined again, I was in the same place, near a small farmstead with some anomalies scattered around it... These are not the same as the "Anomalous Areas" where we will see more dramatic displays of the Zone - such as the things in the 2016 ArmStalker Trailer... these are randomly produced spherical Hazards with different themes... Slime, Trampoline, Electric, even a larger Toxic Fog anomaly... But the air will also have explosive trampoline anomalies, making flying a specific challenge.... 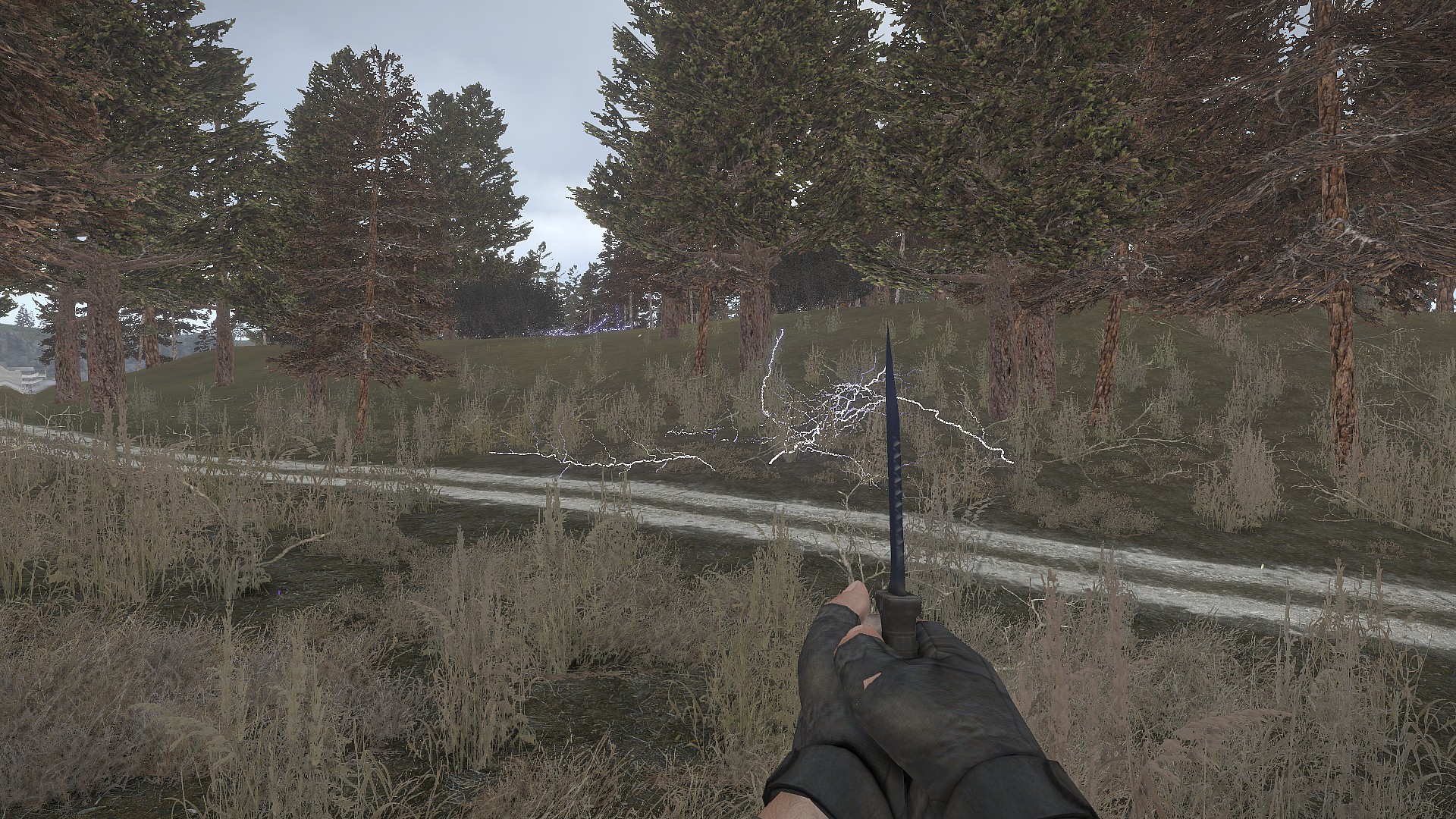 There was no sign of anyone. I checked my inventory, and I found that - upon logging in somehow - I had a radio! These are the Radios added by the TFAR integration, they work in a simulated fashion, allowing lots of customization for players. Unfortunately they do not have a scan feature, and I was unable to hear any Stalkers chatting... I cycled the main default freqs and gave a mayday, but eventually I died - unceremoniously - due to my injuries from the radiation. 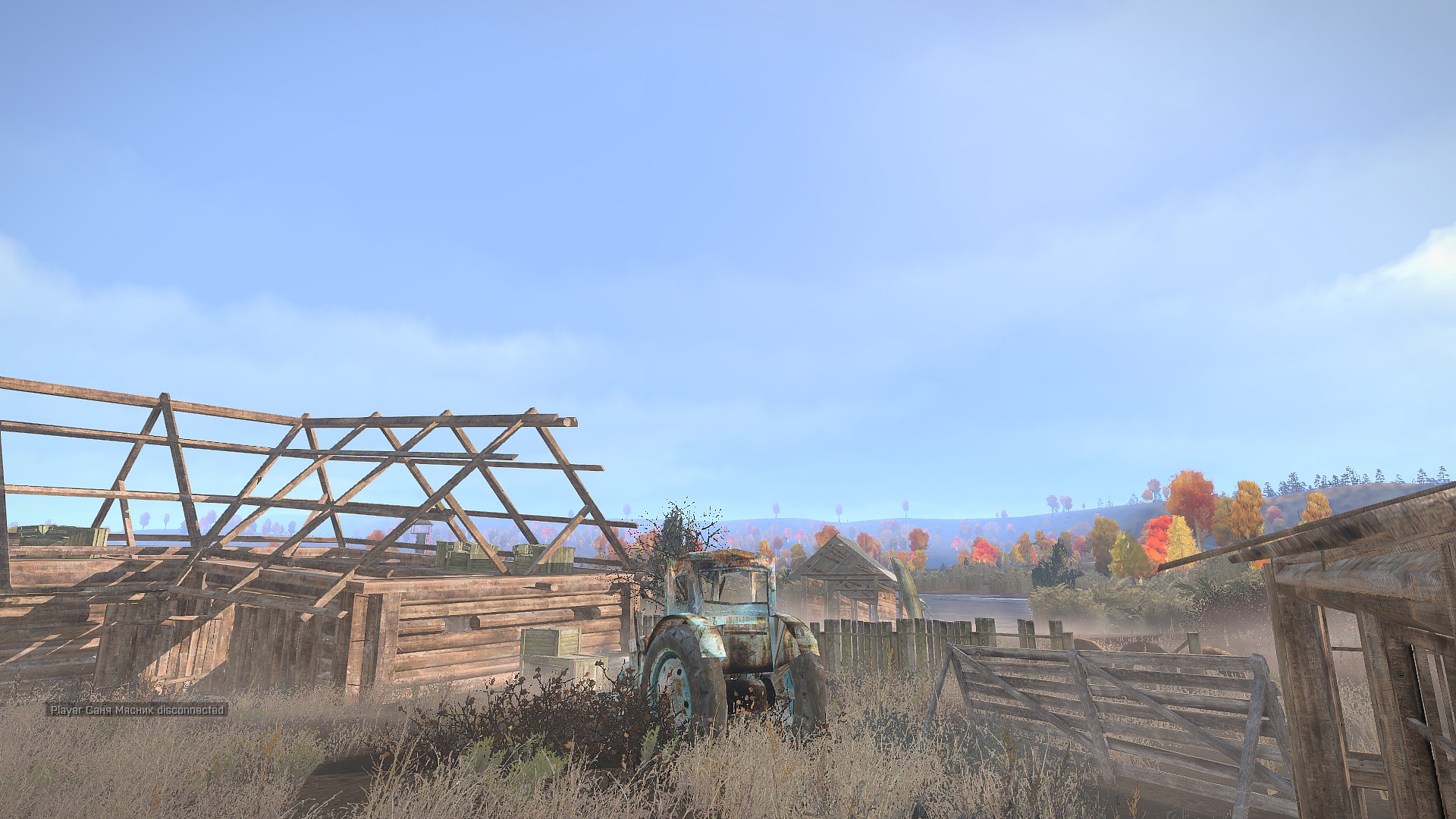 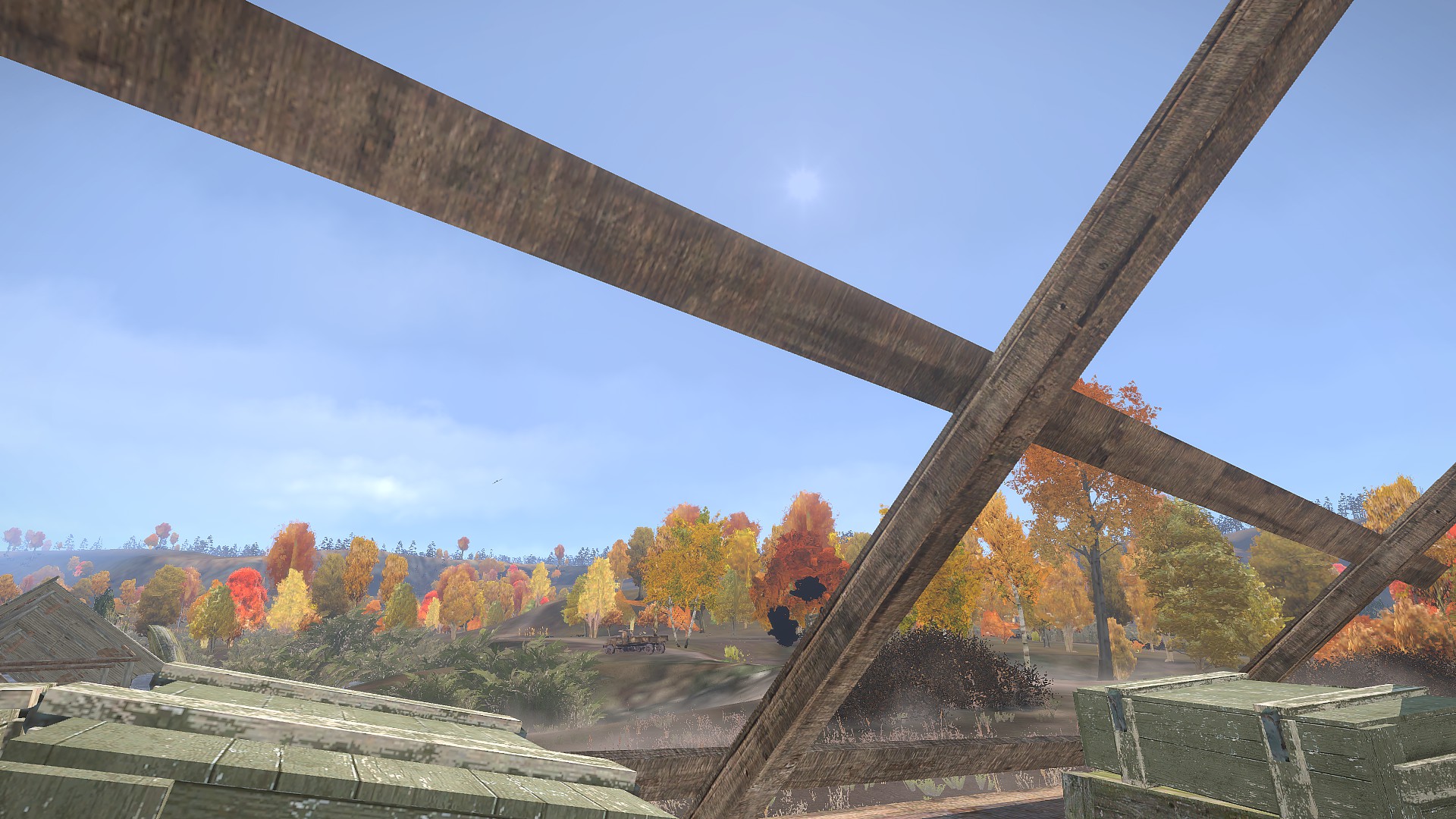 I woke up in the Tunnel, again. No radio, only a knife... I traveled out the same way, picked up the main hardball and ran north out of Cordon. I traveled through the dense fog, along that road, unable to detect the radiation... Traveling along the road I started bleeding... pressing onward past the giant piles of trash, even past the deserted looking Depot... I traveled past Psy dogs and Flesh - which at the time were bugged and did not pose any threat to the players. Only the stronger mutants, Snorks, Bloodsuckers, Controllers, Burers, Chimeras... - only they could attack with any true ability. The real danger was the radiation. My character started limping, and before I could leave the garbage, I died again. 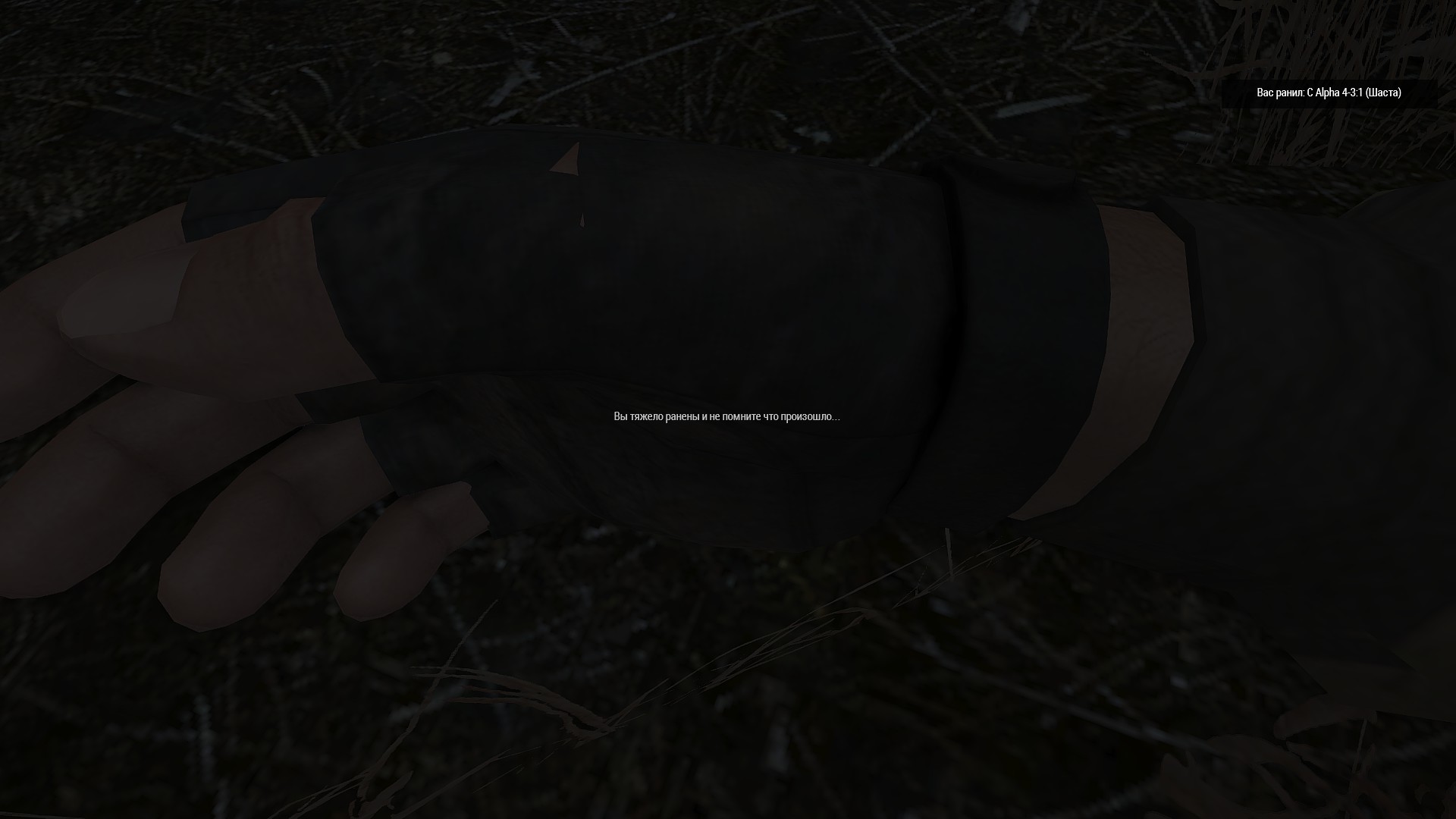 Spawning back in the tunnel, I was in the same situation. Trying to go North, due to the small and blotchy .jpg I received from a contact online - telling me about Rostok, the Duty Outpost, and 100Rentegen, the bar there where Stalkers gather. I went to Rookie Village this time, and bought a pistol while realizing how expensive just basic equipment was going to be... I didn't see anyone in the Village, but at the time I was playing it was early morning in Moscow, 6am. ...I struck out, and continued to the Garbage just like last time. I was trying to anticipate the area where the radiation would be, but it is difficult since you only notice the effects after too much exposure... As I ran, I kept remembering the sometimes devious pockets of radiation in the Stalker games... specifically the hot spots on the roads.... so this time, I decided to take a detour through the country side and parallel the road best I could. 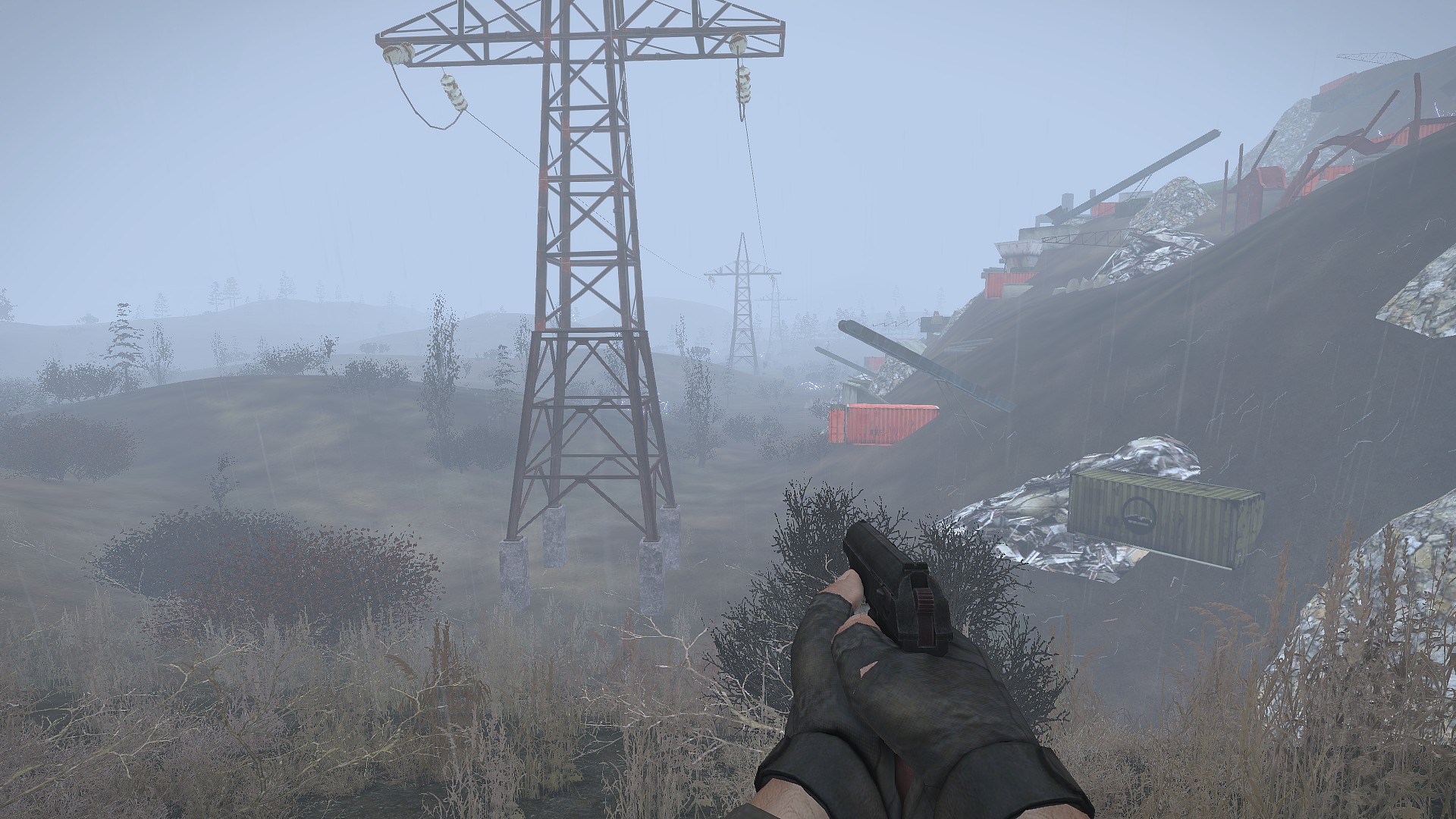 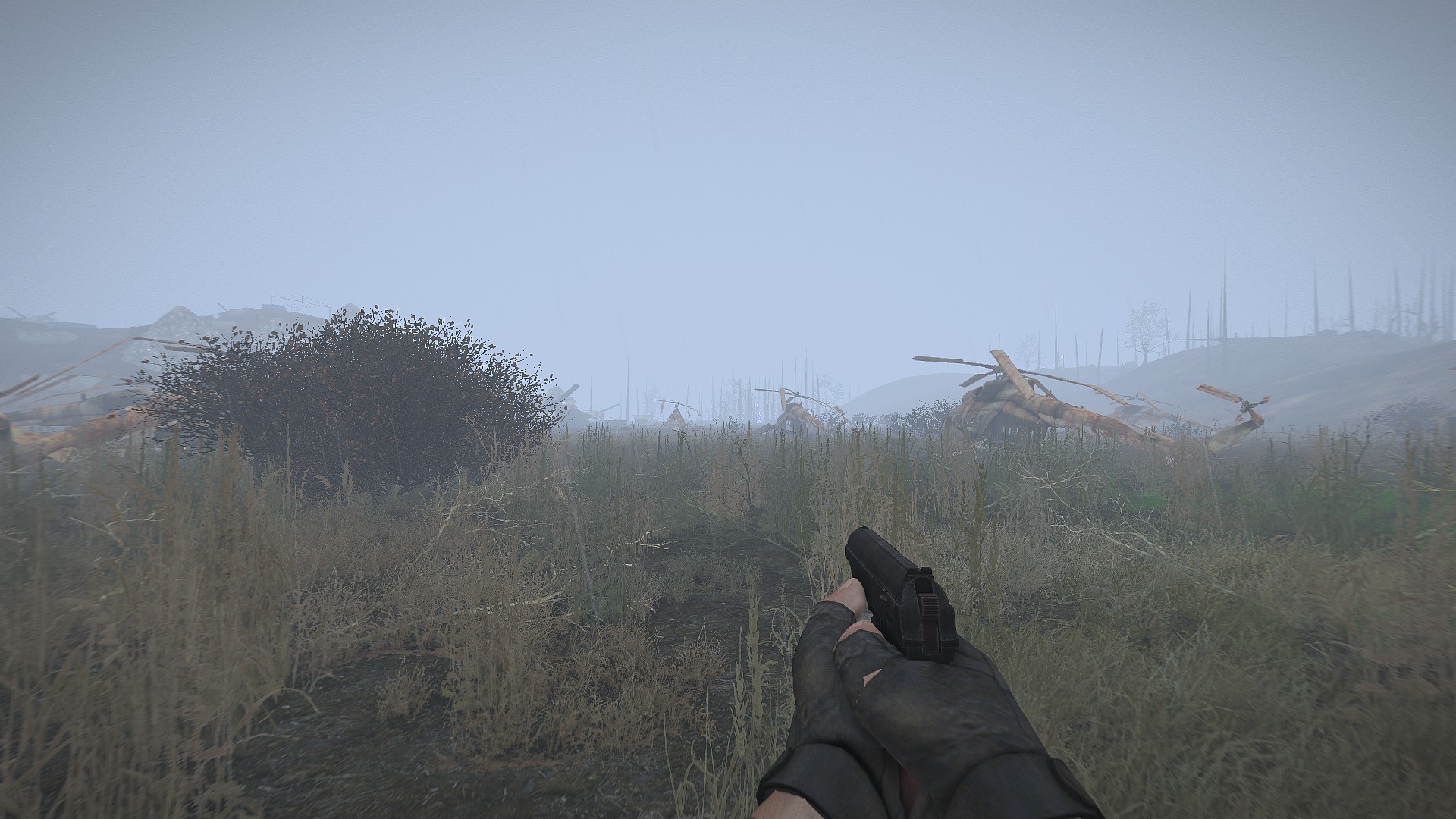 I traveled through the Fog, through the fields, past anomalies, Tushkan rats that were harmless due to the version at the time (since this game session there have been major updates to the mutants)... I came to an outpost in the Road... with a conspicuous box sitting in the middle of the road... The box was empty. I didn't like the look of this place... maybe it was the flag, flying what seemed to be Monolith insignia... I kept moving.

There was a Shot behind me! Close!

I looked to see a single Stalker, in a green Balaclava, AKS drawn, running up to me in combat pace saying stuff in Russian. Without missing a beat he punched me with the melee that they have added to the game, sending me into an involuntary "wounded" animation for some 30 seconds. I just exhaled and said in the plainest English "I don't understand Russian, man." .... Must have just been the sudden nature of it, that I didn't even try to say that I didn't understand in Russian... The guy stood there. Silently.

I was let up from the "knock down" animation and immediately hit F8 to put my hands on my head and X to kneel.... He just stood there. ....

A Tushkan, snorting and snarling, ran up to us and stood there too - next to us... I was not quite sure what was happening... It could be an admin? Most of the main mutants have Zeus controllable programming so that they can be remote controlled effectively - even with the mutants inherently custom rigs and animations, they have also had the camera and aspect set up, and some click to roar/attack functionality... so maybe this Rat could be... a God?

I will never know... but I assume not, because at startlingly close range, my silent "Bandit" contact suddenly spun 90 degrees and dispensed 5 rounds into it, dropped it in front of us. He then continued standing silently in the newly implemented animation for "Speaking on the Radio" ... I got a poke in Teamspeak. From a junior RP Kurator! They asked in English for my application to the RP server... I sent it to them....

Nothing more from the Kurator, unfortunately. After another 60 seconds, the guy drops the animation and says in decent English - "Do you need any food?" ... "No" I say... then he says "Good Luck Stalker" and runs off... back the way he came. All I could do was laugh, and be disappointed that my lapse of resolve broke the RP completely for everyone. In what world would THAT have happened? I was somewhat disappointed in myself, but thankful to the players, and also excited that I met my first player... sort of... Secretly I had hoped that the admin might try to help me to see some exposition of the server... but that would have to wait for the players to do! 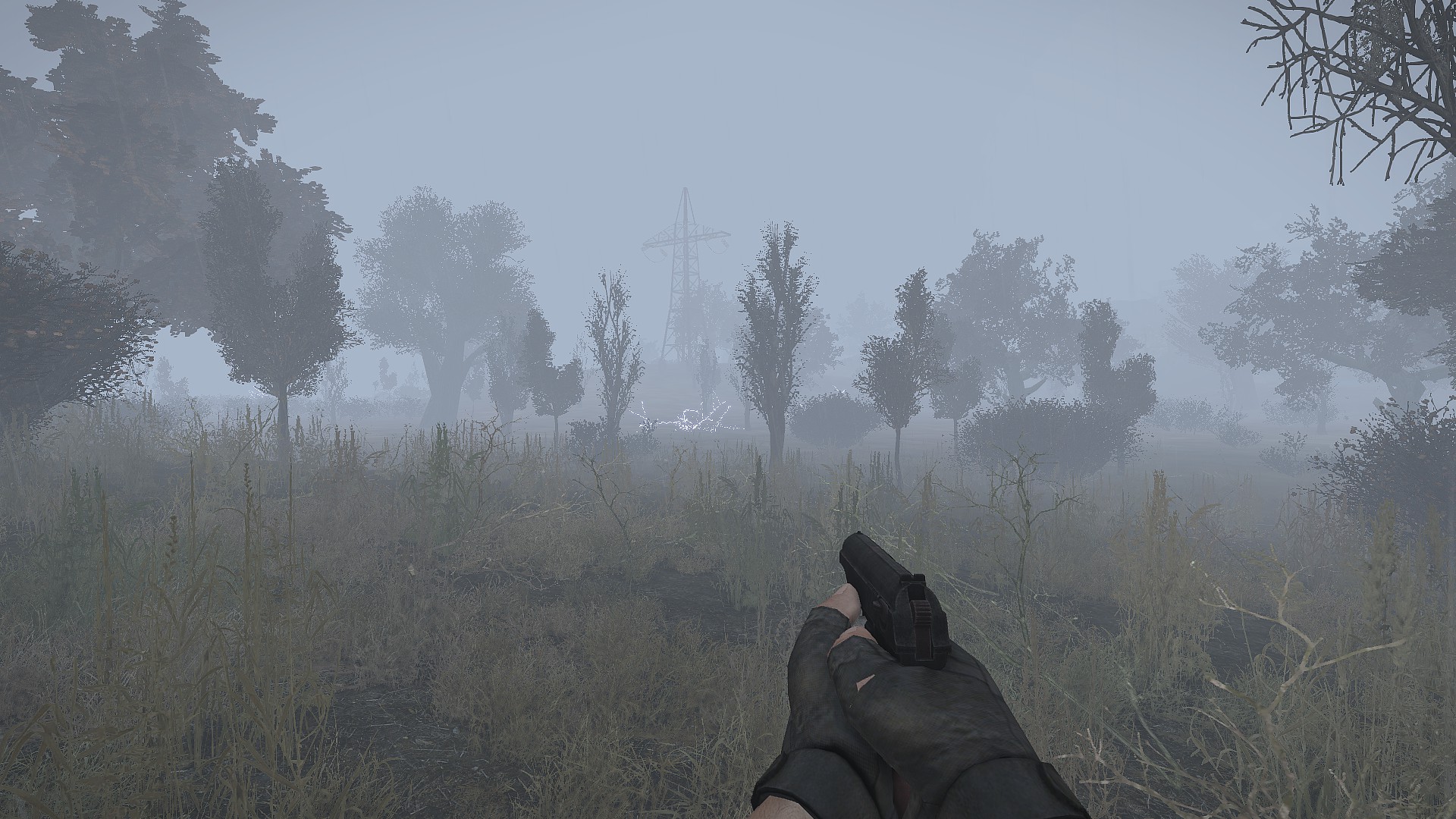 Join me next time for more about the Zone from my First hand experience! Feel free to ask questions below, for those unfamiliar with Arma 3 it can be a little hard to grasp the scale of the mod, that is the point of this series - to illuminate the overall design. Thanks for reading!