The cavemen language has a LOT of words. That means there's going to be lots of designing, creating phonetics and eventually voice acting. We tell you a bit about how we deal with that. 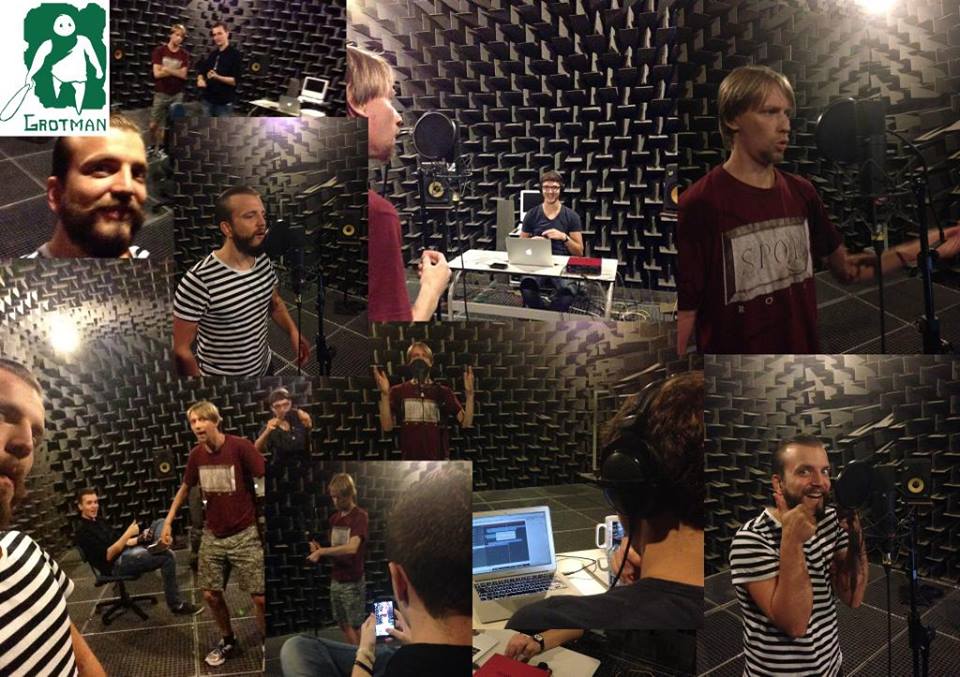 Inside our University is a room called the dead chamber so named for there being almost no reflection of sound. This makes it good for recording audio without interfering noise. It is also a very surreal experience as we are used to the reflection of every sound around us, without it the air sounds strangely dead and empty. The foam walls makes it look like something from an allien spaceship. Not many of such instalations exist and we are lucky to have such easy acces to it.

As language forms such a central part of the game we also take great effort to design the sound of the caveman words. When designing the sound we try to acount for it’s meaning. For instance words of great beast like Mammoths and Rhinos are powerfull, dangerous but also something to spoken with awe.When new phenomena emerge in the cavemen’s lives such as fire or new tools, new words evolve to describe them. They will attempt to describe these things with things they do know. So the might explain fire as a little sun, the sun being the only other source of warmth they known of. The new word then arises as a combinations of it’s parts. it is then often also shortened and simplified for fluent pronunciation.