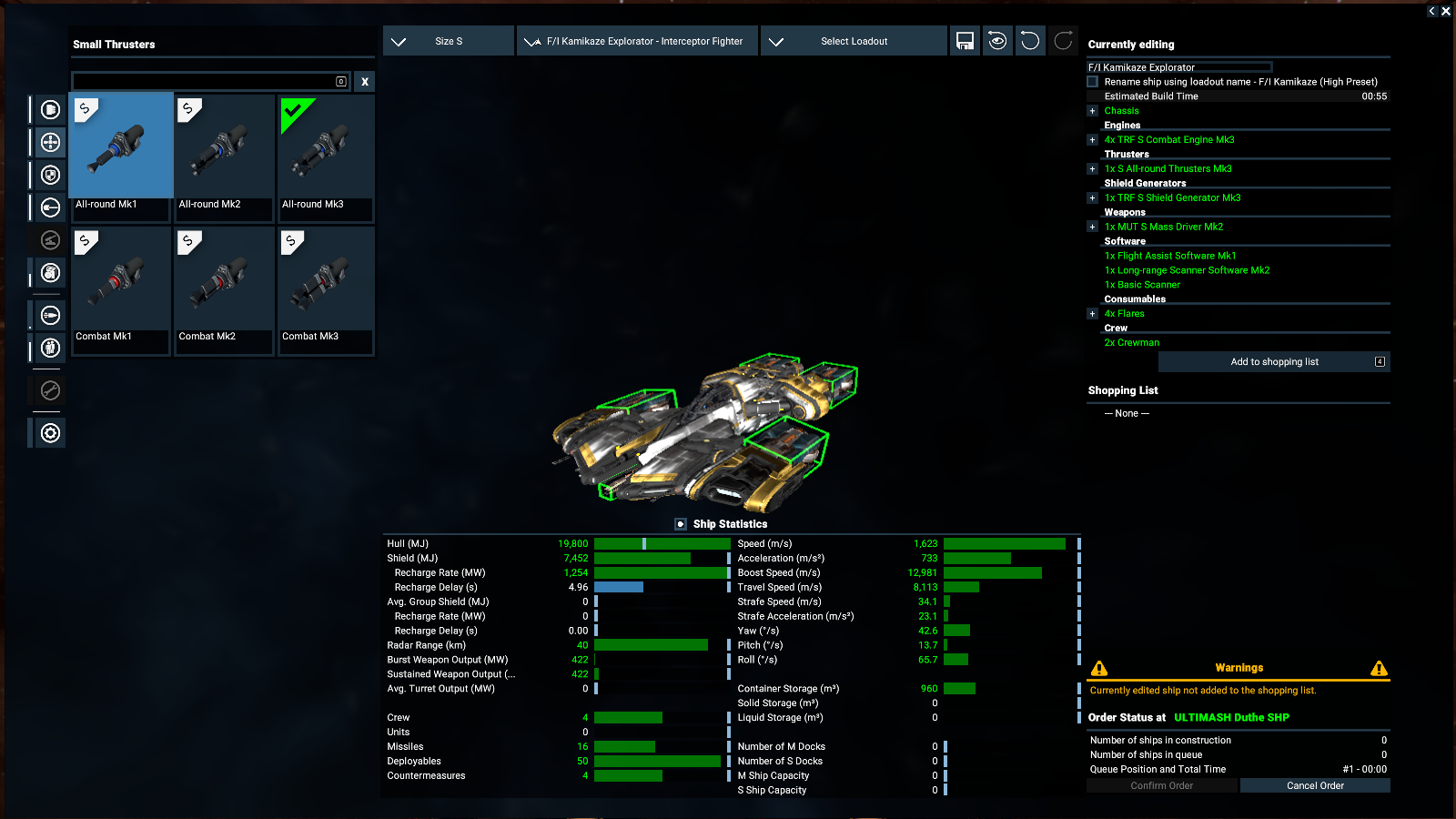 screenshot: this is typical Interceptor class fighter: very low hull, but extremely fast, with amazing boost ability. This ship is designed to recon, or to fight using hit-and-run tactics. It is very hard to hit, due to speed. 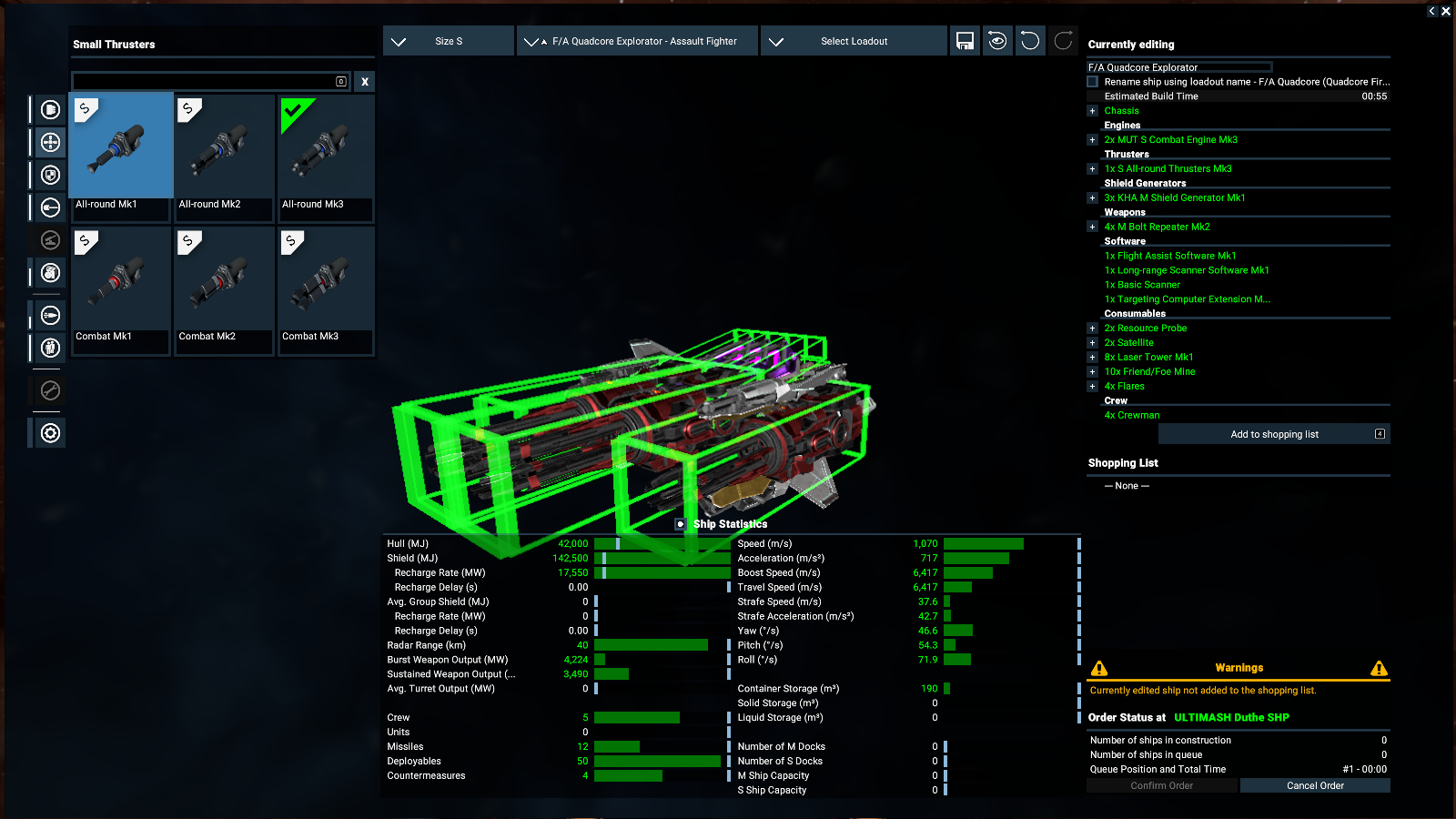 screenshot: F/A - QUADCORE Assault Fighter - one of the best fighters, enormous firepower of 4 M sized weapons places this fighters among most dangerous predators. 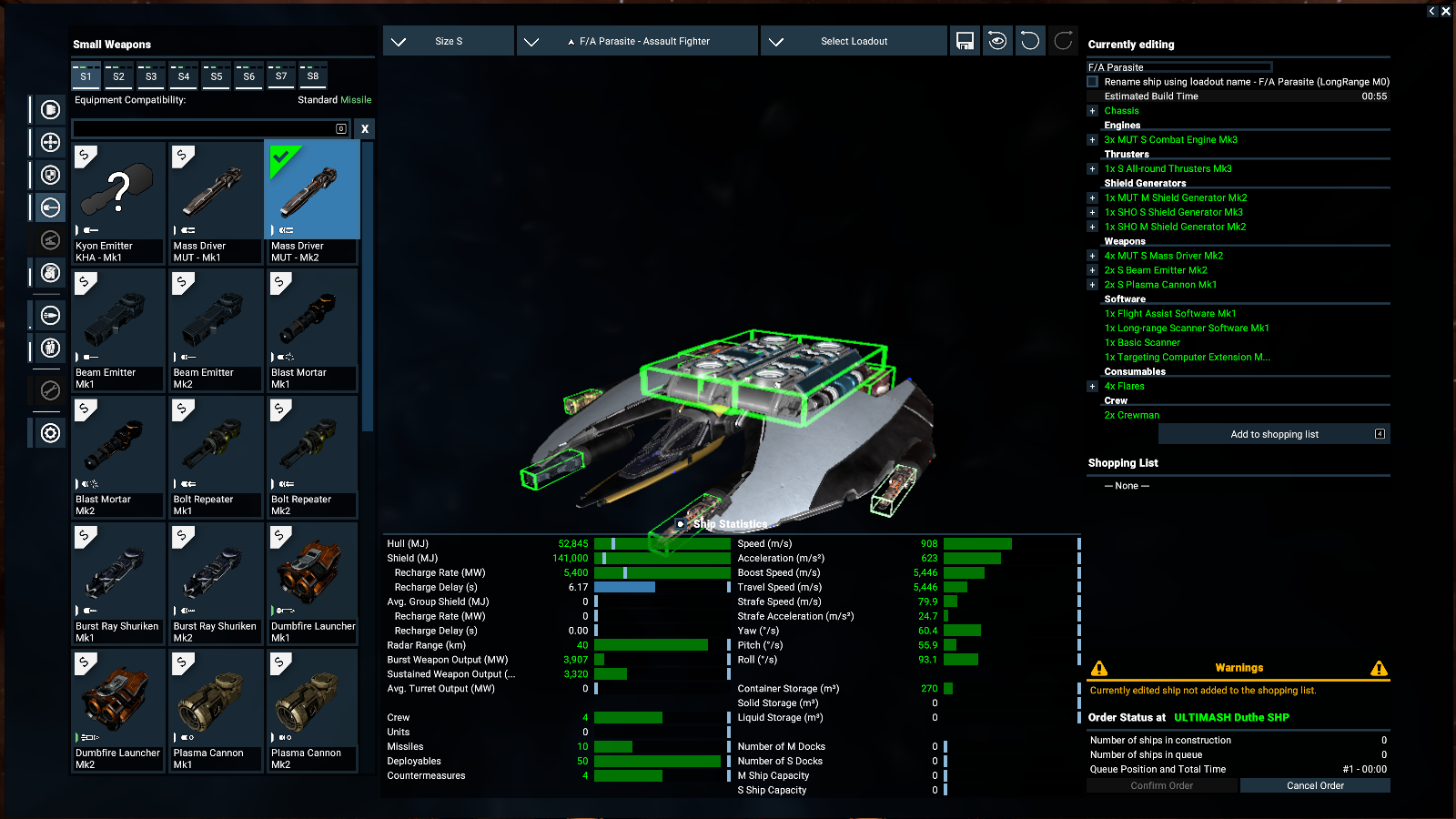 screenshot: another example of F/A Assault Fighter. This model is able to carry M sized shield, making it look more like turtle than a fighter. Despite weird look, Parasite is an excellent fighter, able to compete for the name of the king of small size vessels. ~It can engage larger vessels for a longer time, before being forced to retreat to re-charge shields. 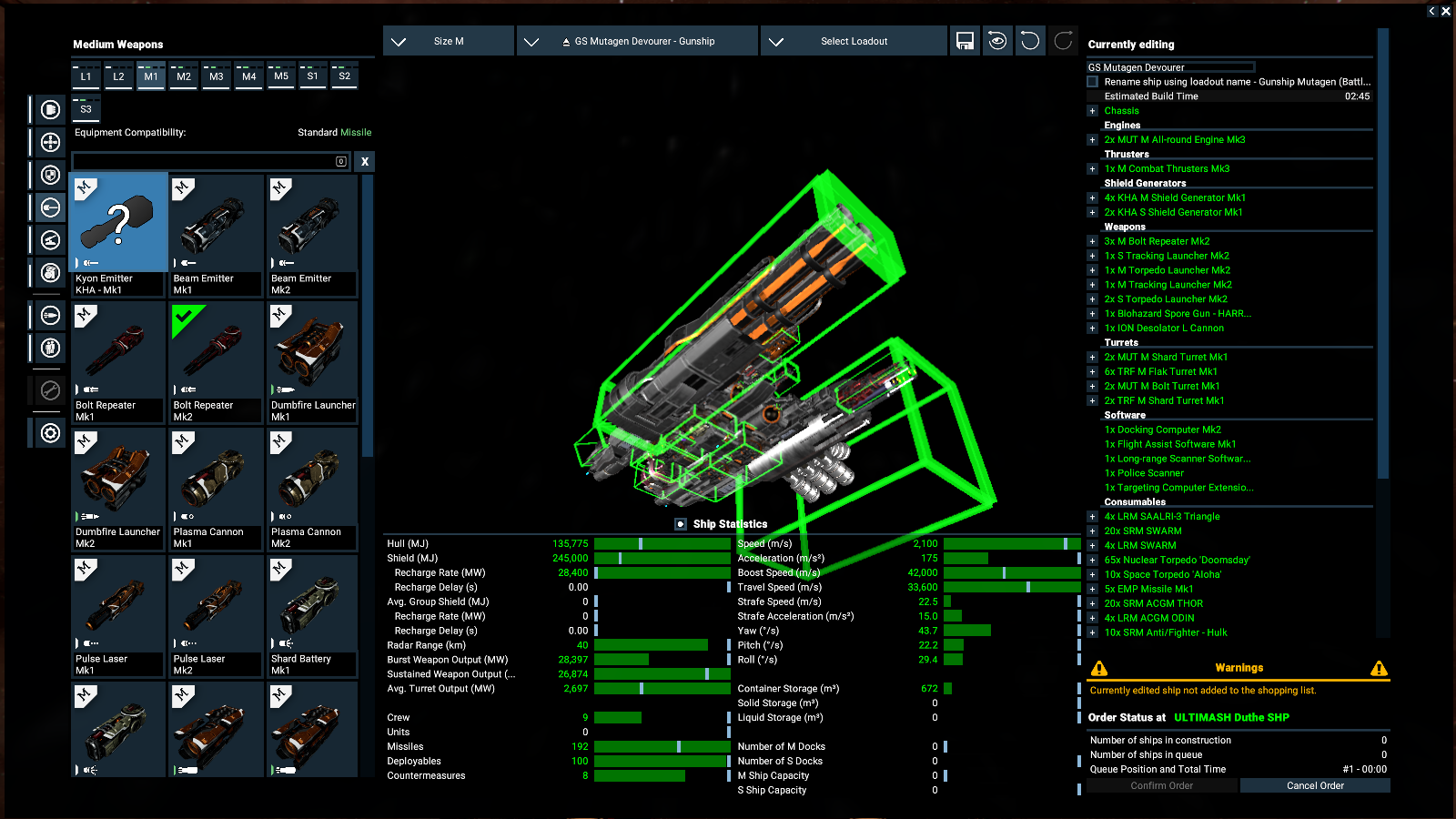 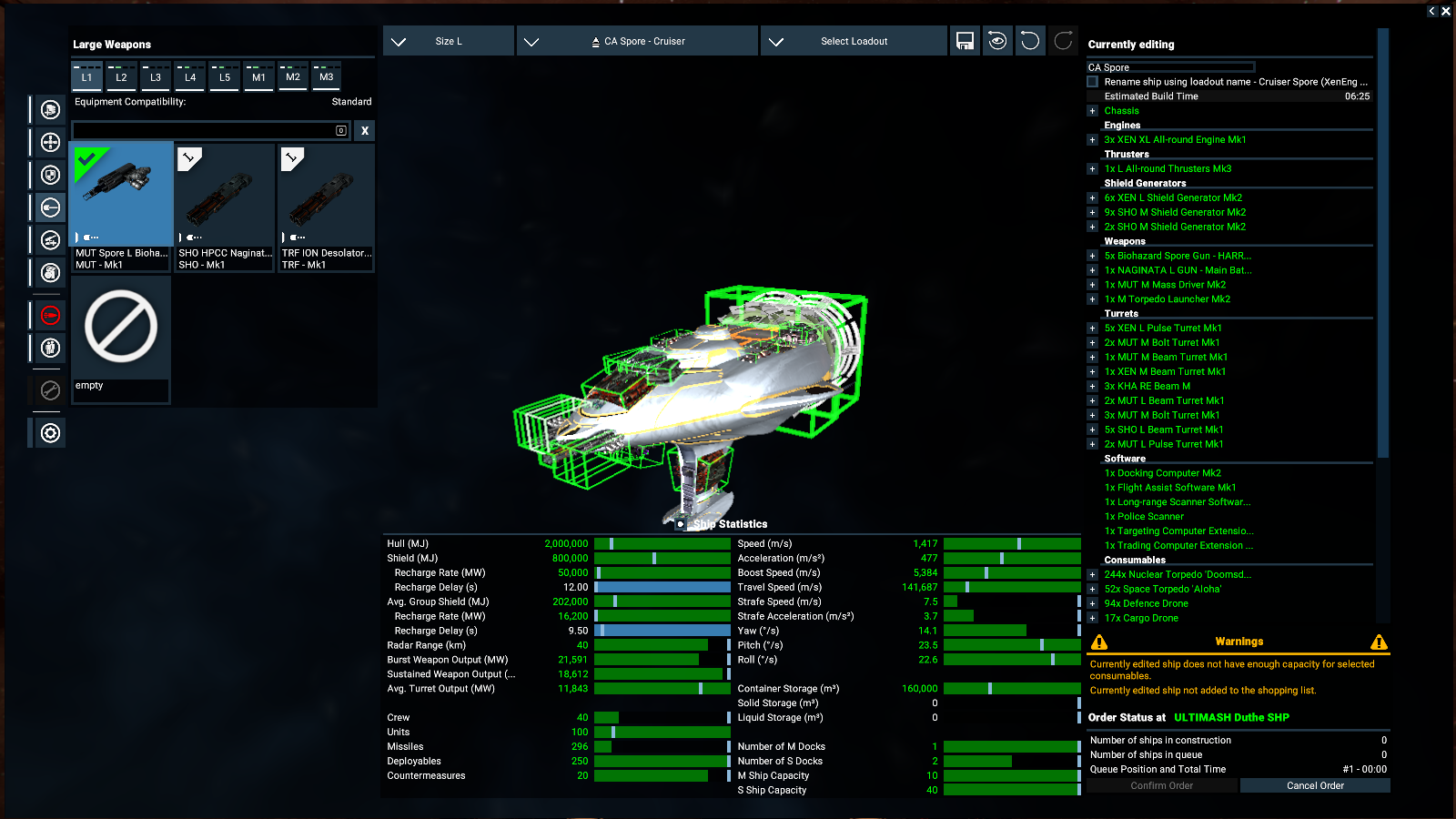 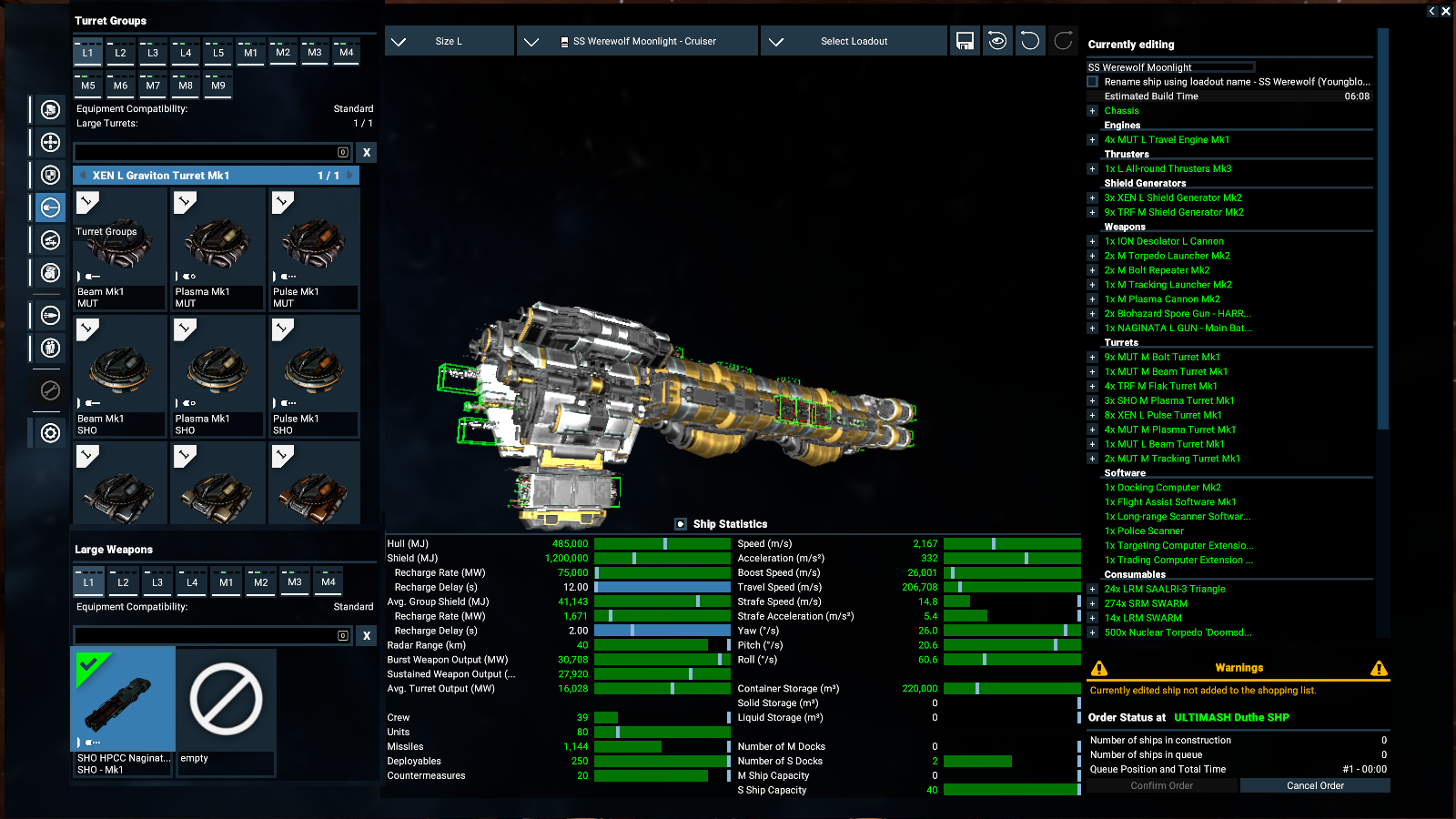 screenshot: SS Werewolf with full weapon panel. 3 Large main weapons, medium pods, and 2 small. It has also 32 turrets divided into 14 groups. It has impressive missile/torpedo storage, although smaller than Nautilus-class. It is hull however, compared to other cruisers, is 2-4 times less resistant to damage. 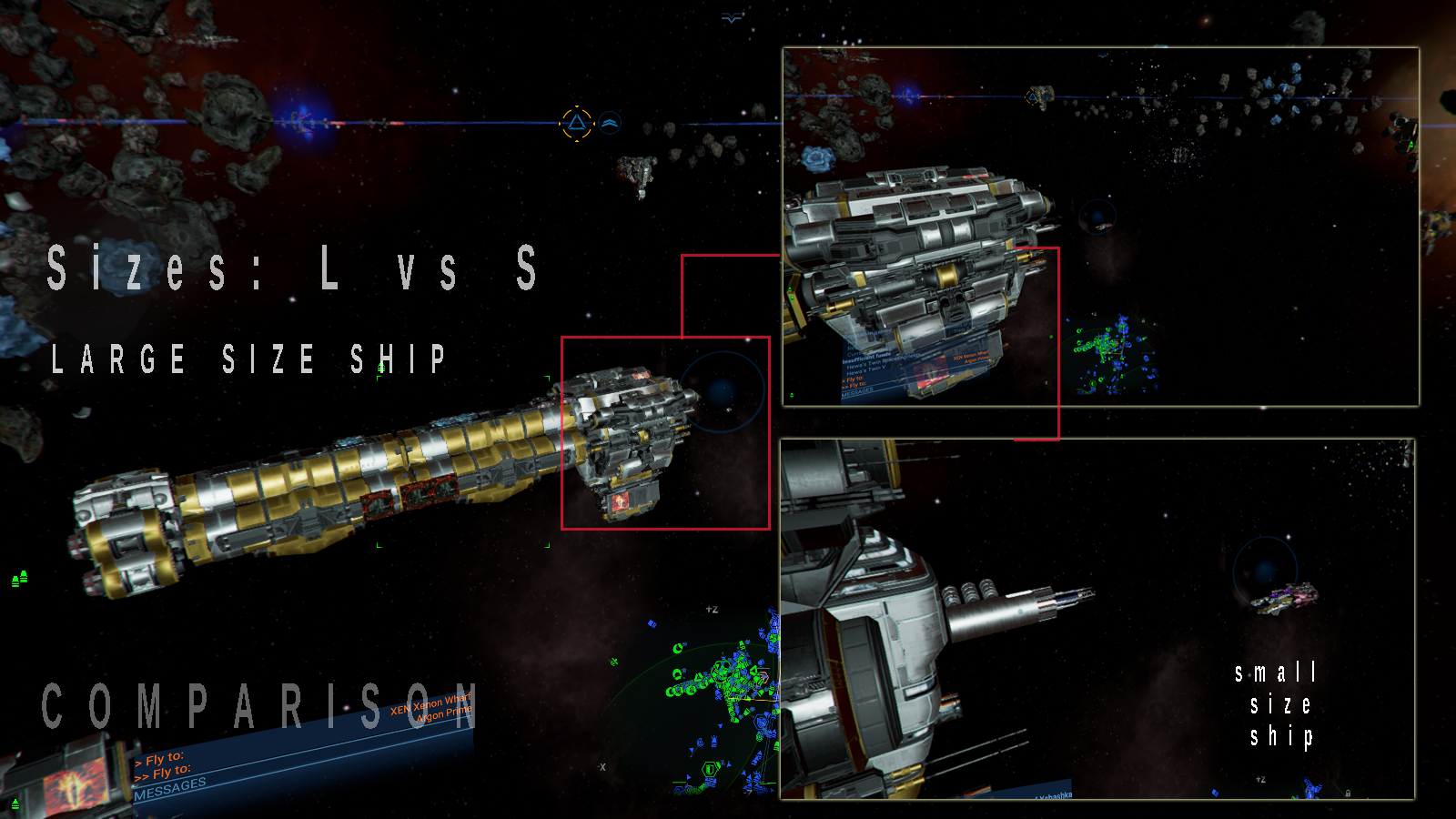 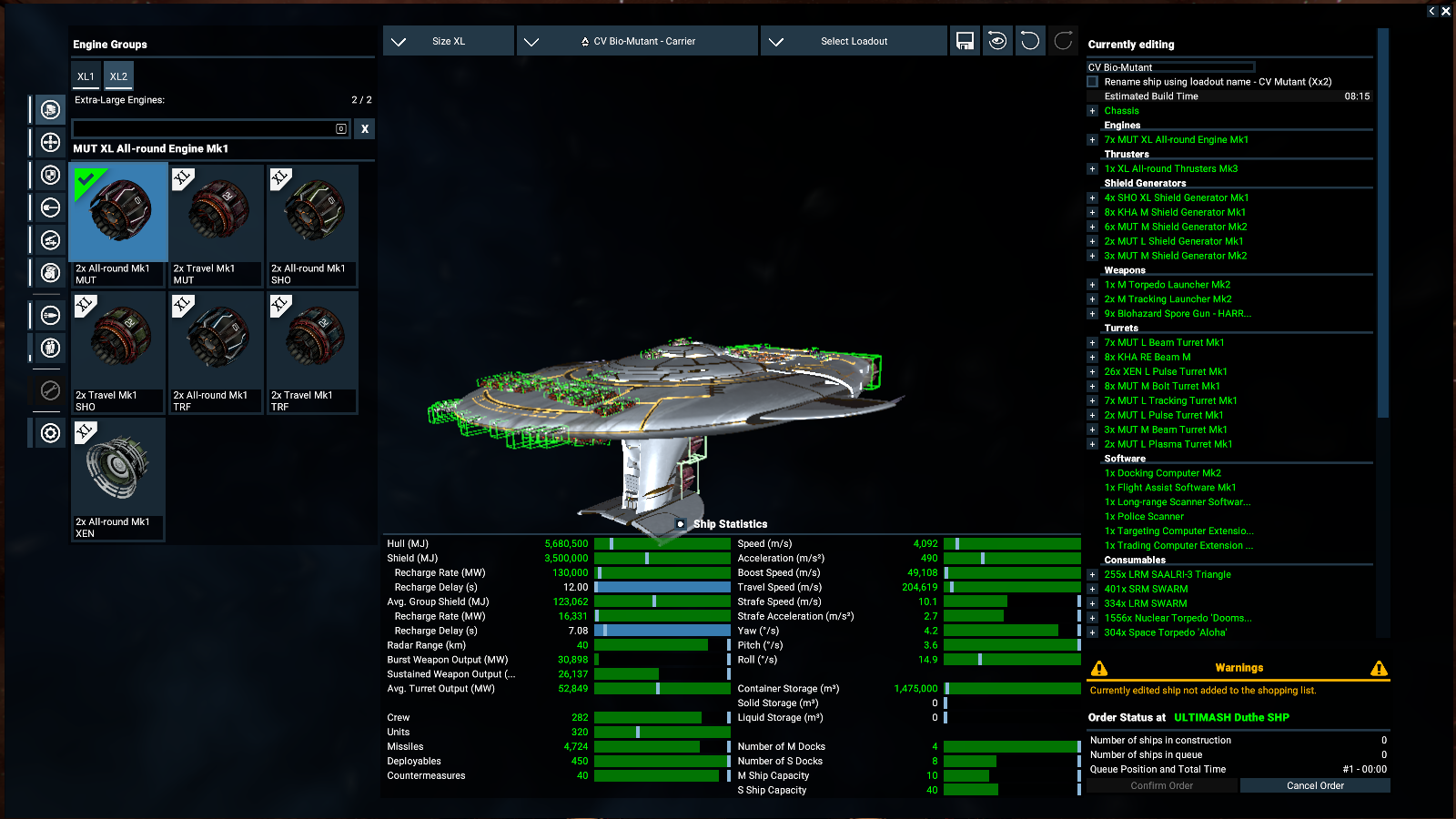