Find out how early story and design for Project Torment is being written using a Brother Echelon 55 Portable Typewriter from 1970.

Posted by MattChristianDev on Dec 31st, 2014

To us at Subject Matter, developing video games is a constantly evolving experiment in creation. Whether it is taking a sound sample and manipulating it with a dozen effects or pressing together textures and materials to get a new look, we are all about trying to create games differently. As we began developing our most recently announced title, Project Torment, we approached every aspect with one thought: Take what you know and change it to make it different. Hopefully in future news posts and articles on Project Torment you will see more of this impact the look, sound, and feel of the final product that you'll be playing, but one area you would never "see" in the final game is the game design process. Let's talk about one unique process behind the development of the design of Project Torment, the typewriter. 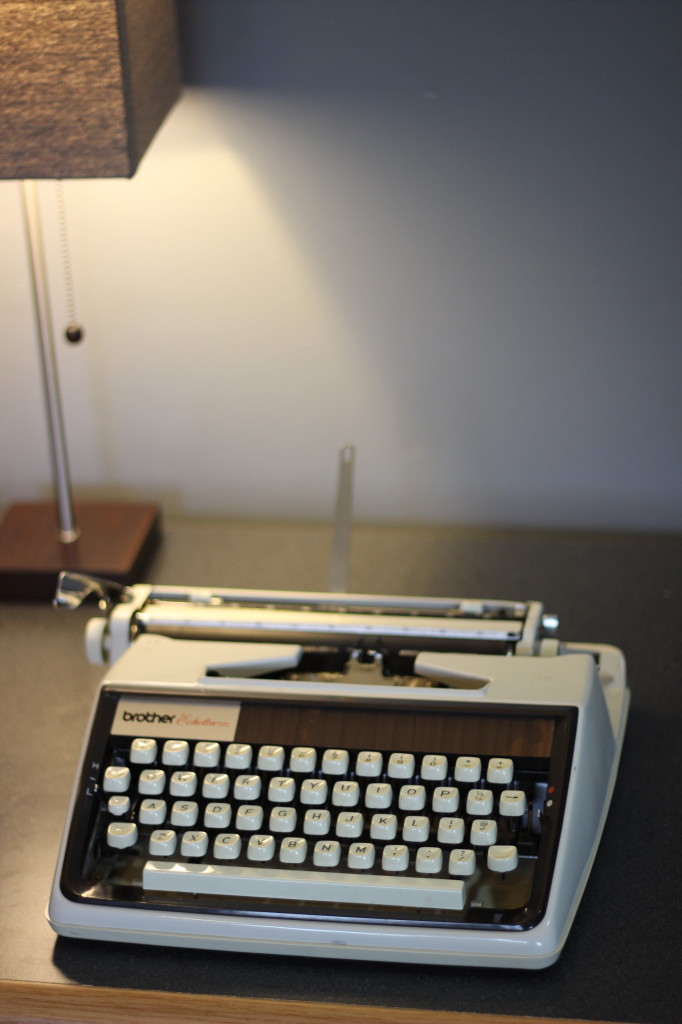 (This is my Brother.)

Enter our game design star of this article, the Brother Echelon 55 featuring portable carrying case (not pictured). This piece of cutting edge technology was built in Japan and sold to the previous owner for $34.44 + $1.38 tax for a whopping total of $35.82 on August 24, 1970 based on the sales receipt found in the case. Along with the receipt came the quick start poster, five year warranty card, and manual on 'How To Use and Enjoy Your Brother Portable Typewriter'.

This typewriter now belongs to me, who purchased it for $10 at a garage sale a few years ago and am now using it for a specific purpose: Write the base story and design for Project Torment. There are a number of reasons this typewriter is suited for the task of designing a video game in 2014/2015: 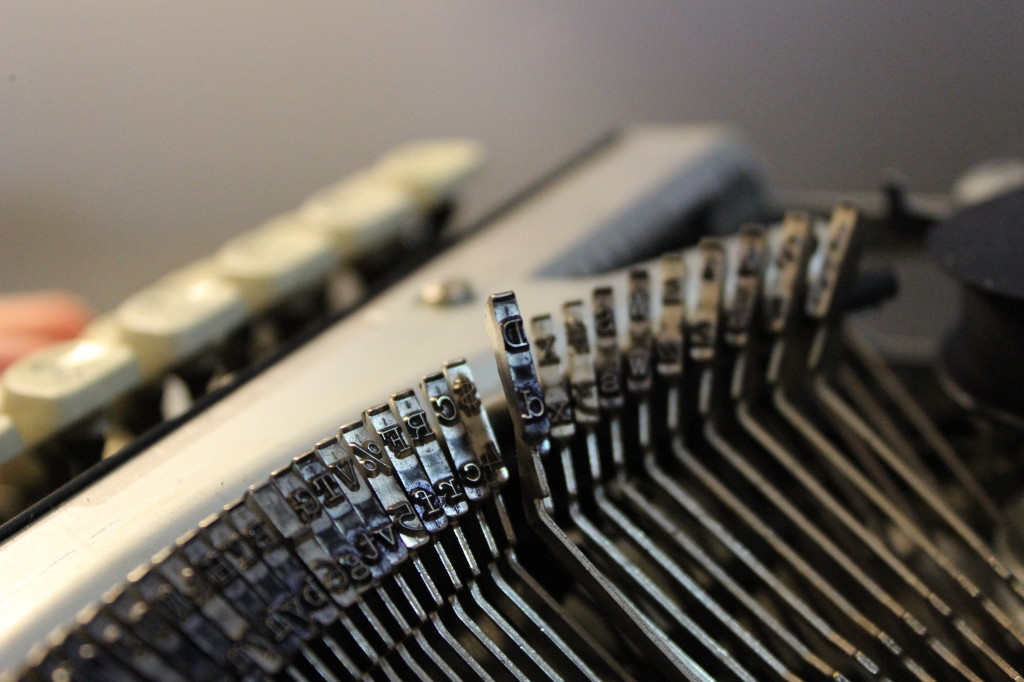 (Do not try navigating to Twitter.com using this.)

Now that list may seem trivial and it can be argued a computer can be setup to do all that (disconnecting internet, Alan Wake was made using computers, etc.) but there's an underlying point to be made in developing a video game and focusing on what needs to be done. Design and story development are practices that don't need "advanced" technology to exist. If you can design a game using a computer, you can design a game using a typewriter, or pencil and paper for that matter.

Because in the end, it is not the machine creating a great game, it is the team. The writer directing the scene between characters. The designer developing the gameplay. The engineer crafting a technical world of terror. These are the implements that when used to their fullest potentials create a good (horror, in our case) game. They also require less ink. 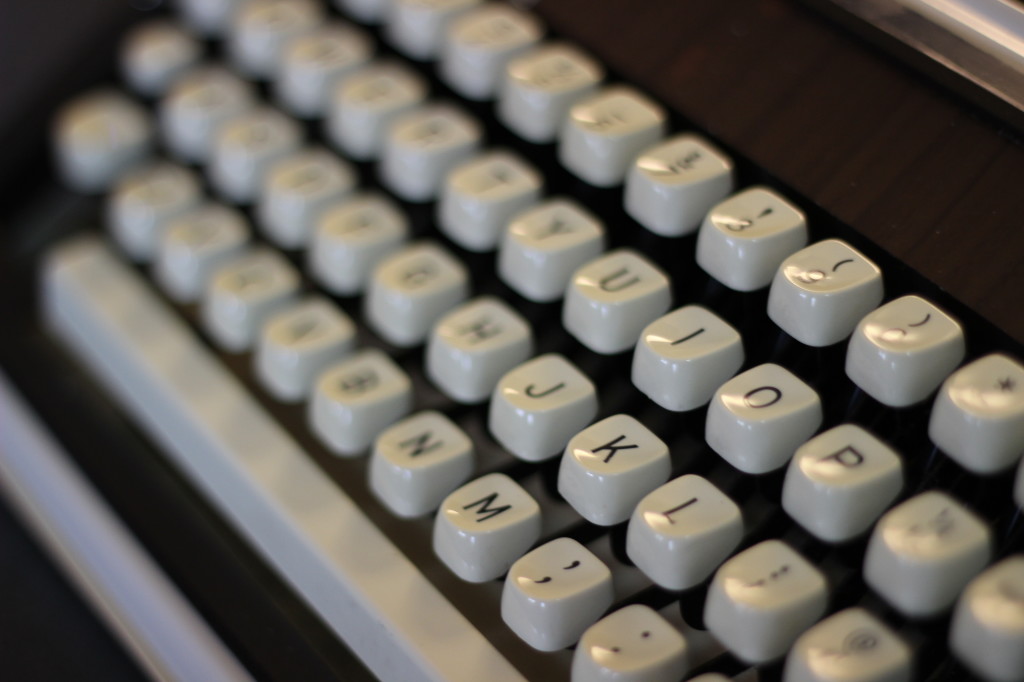 (Get ready to work your finger muscles.)

Eventually the time will come where my Brother will have served his purpose; I will set him aside, have his output be scanned into my computer, and he'll watch as the game chugs along down the development tracks. But when the game is released and the players have seen and felt the story that was drafted in that machine it won't matter how many times I hit the wrong key and had to cross it out, or typed too many character past the line limit only to have to re-type the word on the next line. What matters is that this experiment was a unique and helpful addition to the creative process while developing this game. 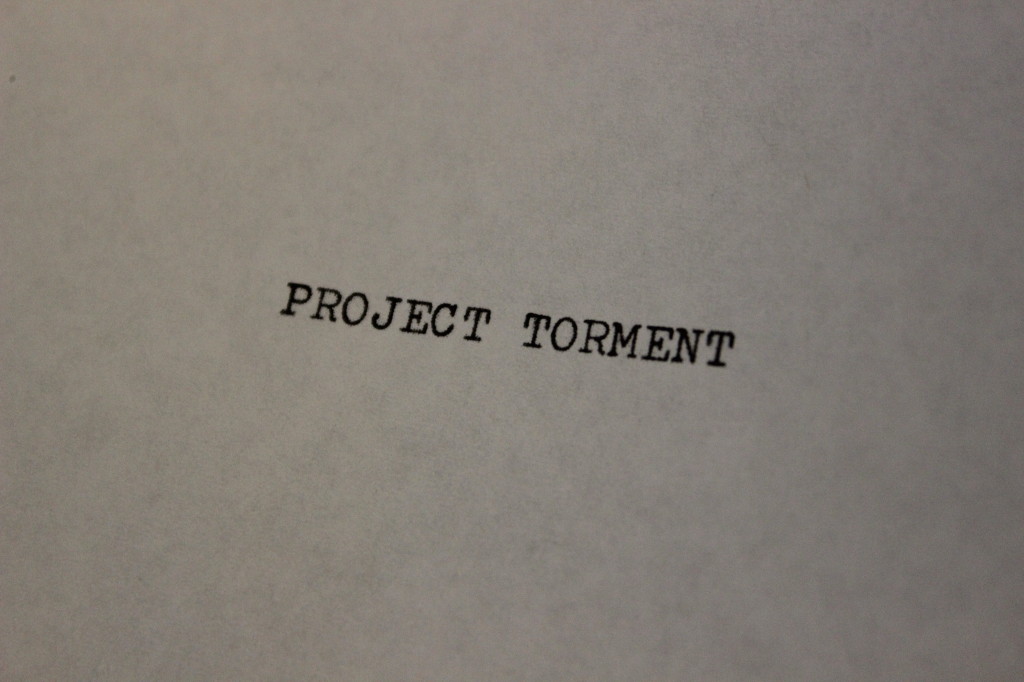 (The early story and design work in Project Torment is being written using a Brother Echelon 55 Portable Typewriter.)

I think the last few lines of the typing guide in the 'How To Use and Enjoy Your Brother Portable Typewriter' manual sums this up perfectly:

The quick brown fox jumped over the lazy dog.

Wait, no that's not right, maybe it's this one:

Do not let errors discourage you. Strive as you practice to learn the errors. The real question is: are you improving day by day?