Top 5 Promising New Mods on ModDB [2020-21], selecting the most popular and promising mods from the last year and a half!

Hey folks! Our countdown today is the Top 5 New Mods on ModDB [2020-21]. The mods on this list meet three criteria - 1, their ModDB pages are around a year old; 2, they’ve made a release in that time; and 3, they’re amongst the most popular mods in those two categories. It’s an interesting list, and don’t forget to like and comment down below what promising new mods you think belong on a list like this in the future! Now - let’s get going! 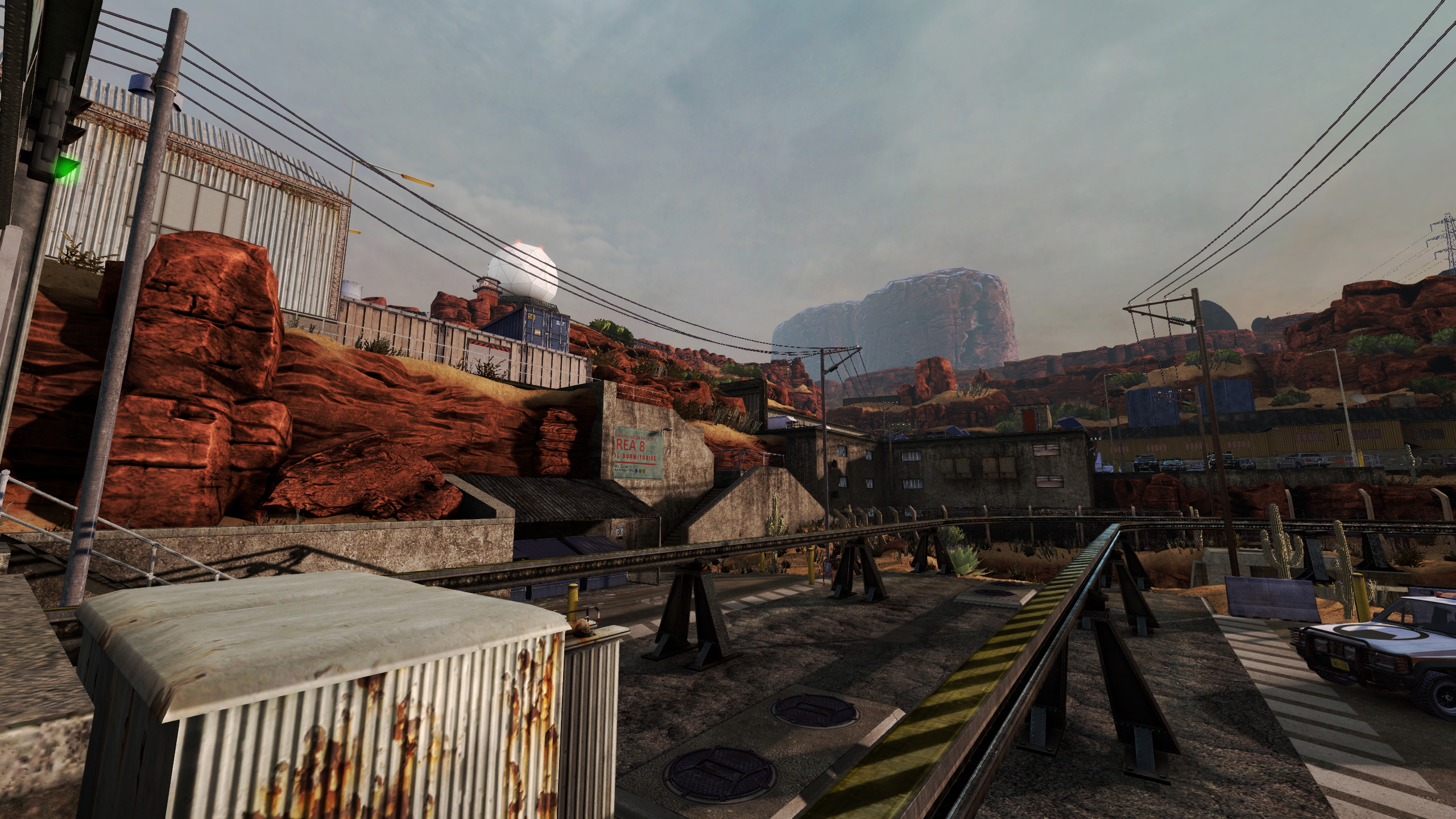 The first entry on our list is a mod of a mod, technically speaking - though Black Mesa graduated from total conversion into a standalone game years ago, its humble beginnings belie Crowbar Collective’s efforts to allow it to be moddable in turn. There have been many promising works from the community - but among the more recent is Black Mesa: Blue Shift, a remake of Gearbox’s Half-Life expansion in CC’s updated Source engine. Whilst still in relatively early development, the team has pursued an episodic model for their releases, meaning you can engage with the pre-Resonance Cascade narrative as it currently stands! The eye candy on display here is lovely, with brilliantly made vistas, an environment that feels lived in, and custom assets that help their mod have an identity of its own. Moreover, custom voice acting and animation work creates some great dialogue and scenes that are memorable, even in these early stages. Though the mod currently lacks combat, there is a firing range where you can try out some of the weaponry present in the mod so far, and the ending sequence of the second playable chapter is dripping with suspense and dread. Even featuring custom CSS on their own mod page to make it stand out from the crowd, this is one Source mod you’ll want to keep your eye on as it develops. 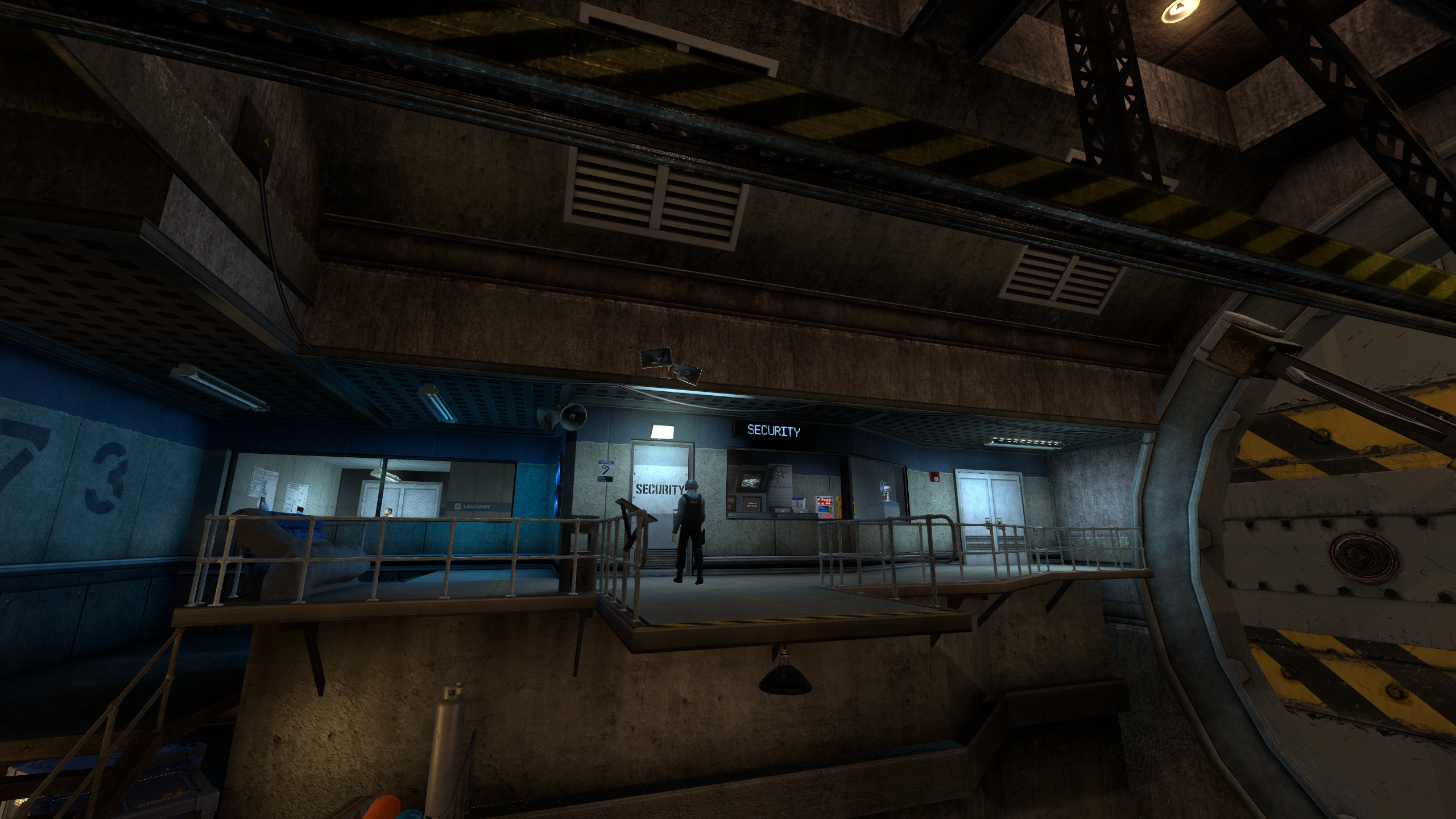 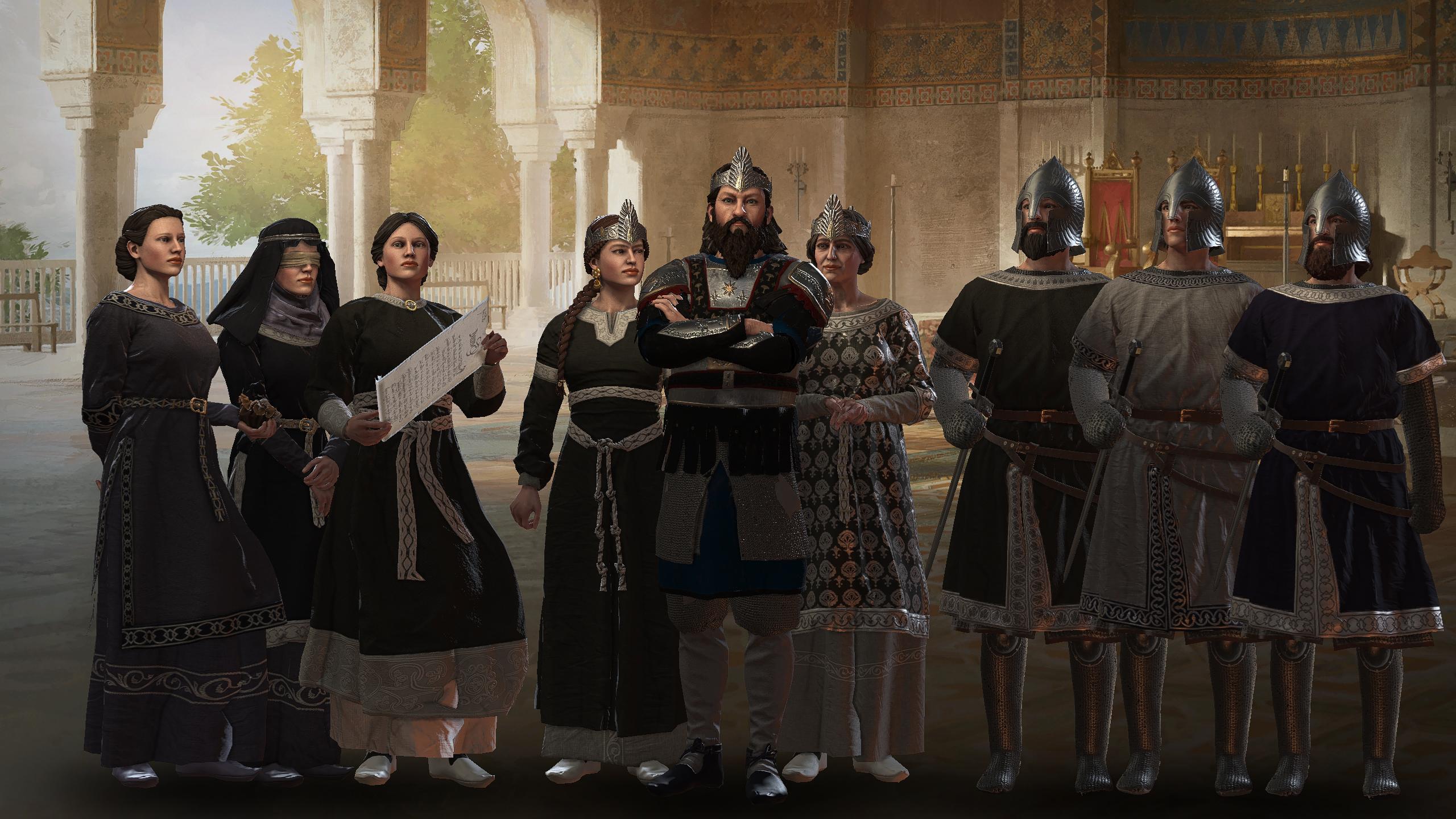 Lord of the Rings is renowned for the depth of its depiction of a fantasy world. Whilst the classic film trilogy features many action set pieces, they and the books also touch upon the complicated political makeup of the world. Thus, Lord of the Rings fits handily into Crusader Kings III, with the Realms of Exile mod. With two distinct scenarios (and the option to play as any of the preset rulers, or make your own), you’ll be thrust into Middle-Earth in control of territories ranging from the vast and blasted lands of Mordor under Sauron, to the grim Denethor II’s Gondor kingdom. All the usual features of Crusader Kings - alliances, marriages, and political cajoling - return as an essential part of the process, unless you are Sauron, of course.

In that case, muster up a gigantic army of Uruk-Hai, and see Middle-Earth crushed beneath your heel! Your territories can be reinforced with structures to provide boons to your governance, whether pursuing warfare or diplomacy. With tribute paid to other notable mods in the community like Age of the Ring’s Wulfgar Bryjarsson, and unique events that tie in features like the ominous Palantir, your governing toolset is thematically varied and feature-rich. If you’re a tactical planner rather than a thrillseeker, and a fan of Tolkien’s world, this mod is sure to keep you on your toes. 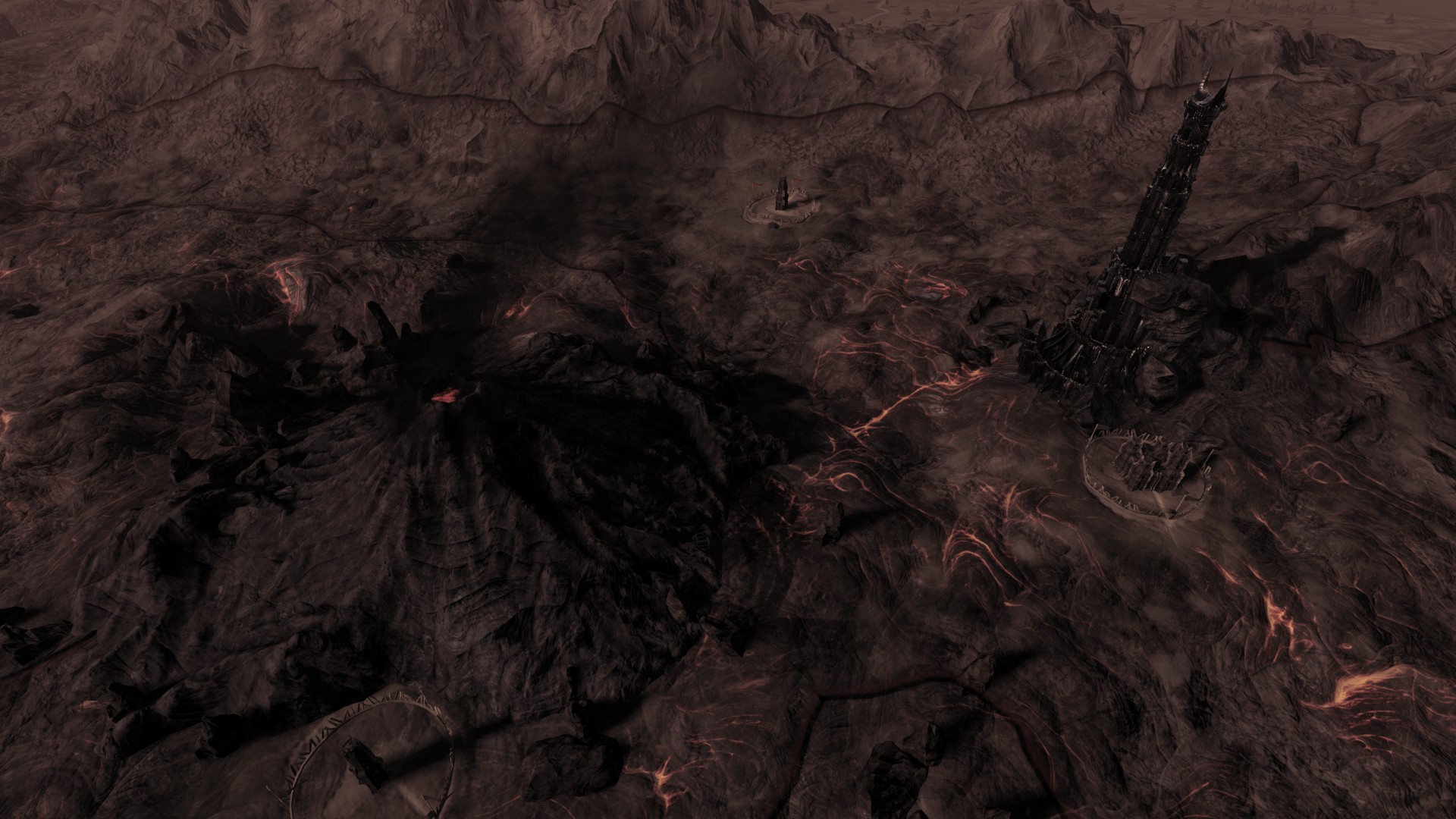 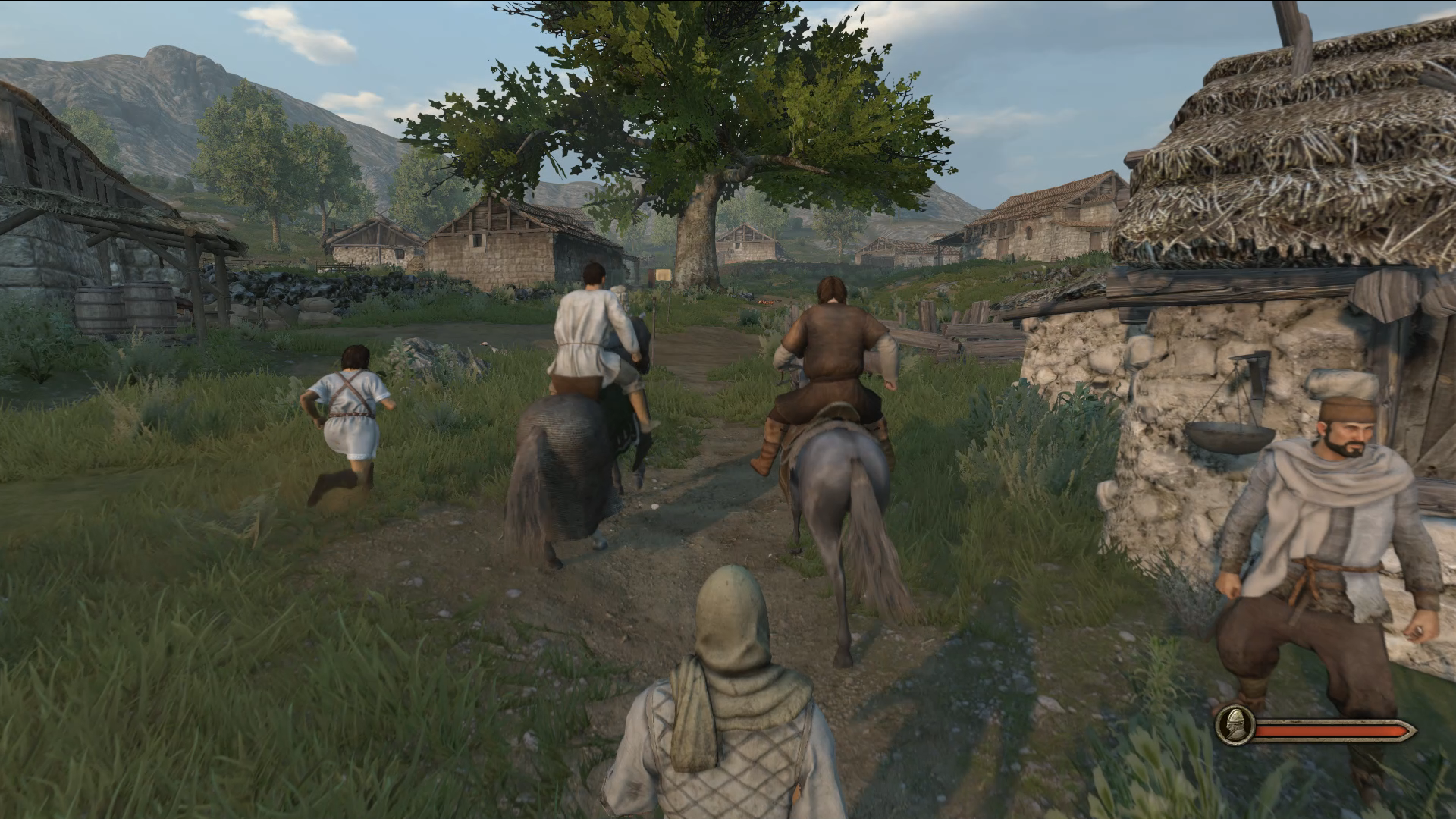 Mount and Blade has always been a game about engaging with a varied landscape, starting off as a relative nobody and working your way up to king and conqueror. It’s a premise that modders have run with over the years, creating total conversions, and Bannerlord, the sequel entry in the series, is showing the same level of creativity. With such a large world, it’s only natural that talented modders would create a multiplayer conversion that allows you to ride and fight alongside your friends. Bannerlord Online adds many new mechanics to bring it closer to an MMORPG than vanilla Bannerlord - including farming mechanics in villages to earn cash, a player market, and revised encounter methods.

Your start in Bannerlord Online is very different to the vanilla game - where you can pretty quickly get to conquering, the mod here tries to ensure its community is less focused around pillaging and more around co-operation. The content is still very much under construction - once you’ve done a bit of farming, a bit of killing thieves, and some recruiting, you’ve seen most of what the mod has to offer. There are unique world events, however, like bands of occultists. These world events require numerous players to combat a difficult force, and they’ll receive decent loot as a reward. Meanwhile, the community has created its own content in the form of a dozen or more “roleplay clans” for creating user-made narratives and scenarios. All in all, Bannerlord Online is great fun with a friend, a great technical achievement, and regular patching means this is mod will definitely blossom into a thing of its own as time goes on. 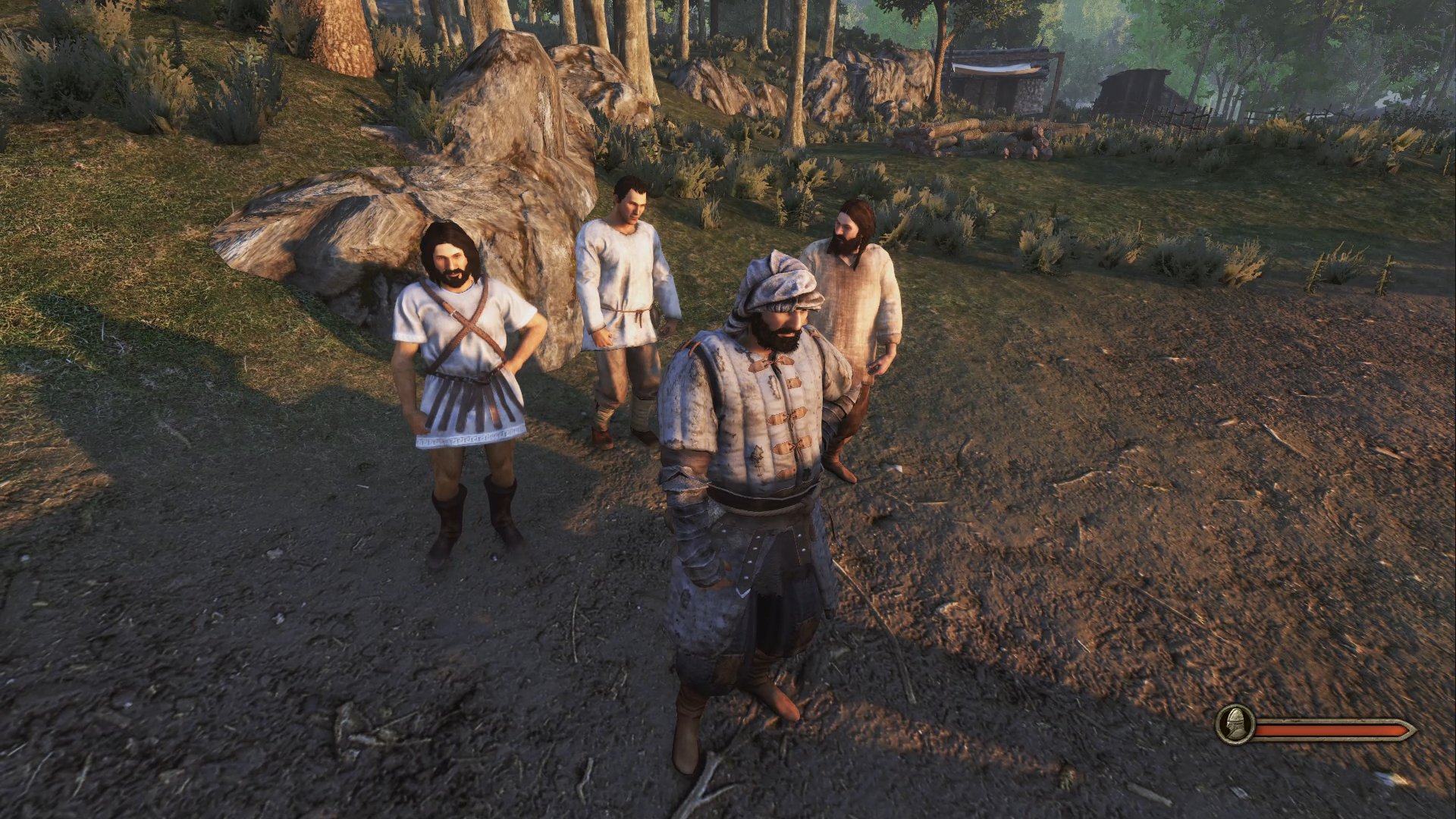 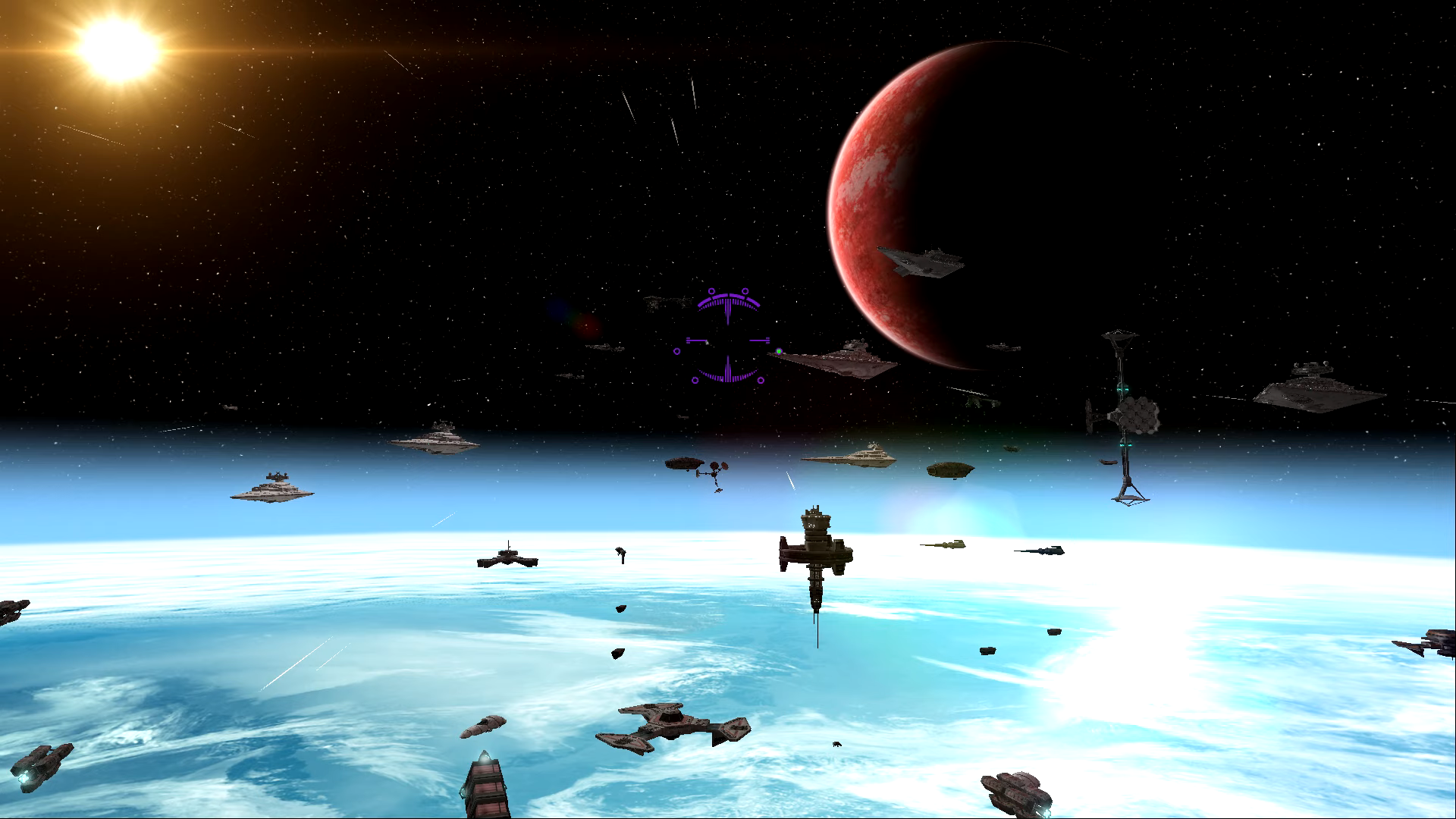 X-Wing is a classic Star Wars game that puts you in the shoes of a rebel pilot fighting against the oppressive Empire. It was the sequel to TIE Fighter, which saw you helping that same Empire put down those same dissident rebels. TIE Fighter: Total Conversion is a mod that not only makes X-Wing Alliance, with its more advanced mechanics and engine, better resemble its predecessor, but also brings a lot more to the table! Every original mission and training mission is here, on top of a set of revised and revamped missions from the classic TIE Fighter campaign, leaving players with a grand total of 145 pre-built scenarios to pick up and play. The combination of support from the X-Wing Alliance modding project makes the visuals stand up to scrutiny even in the modern day - a remarkable feat for a game this old - and brings new, exciting VFX and sound design to make every dogfight memorable.

Bigger battles, bigger ships, and a vastly increased scale makes the instant action of skirmish battles thrilling to experience. Featuring so many options for playing in either remastered or classic formats, from the soundtrack to the mission design, and a set of rewards for in-game achievements that give players a sense of progression as they follow the Empire’s orders through to the end, this total conversion was well worth the wait. Patches have been made post-release and more are underway regarding balances and stability, meaning this mod’s development remains a priority for the future. Whether you fancy a blast from the past or the explosive action of the present, TFTC will scratch the itch of new and old fans alike. 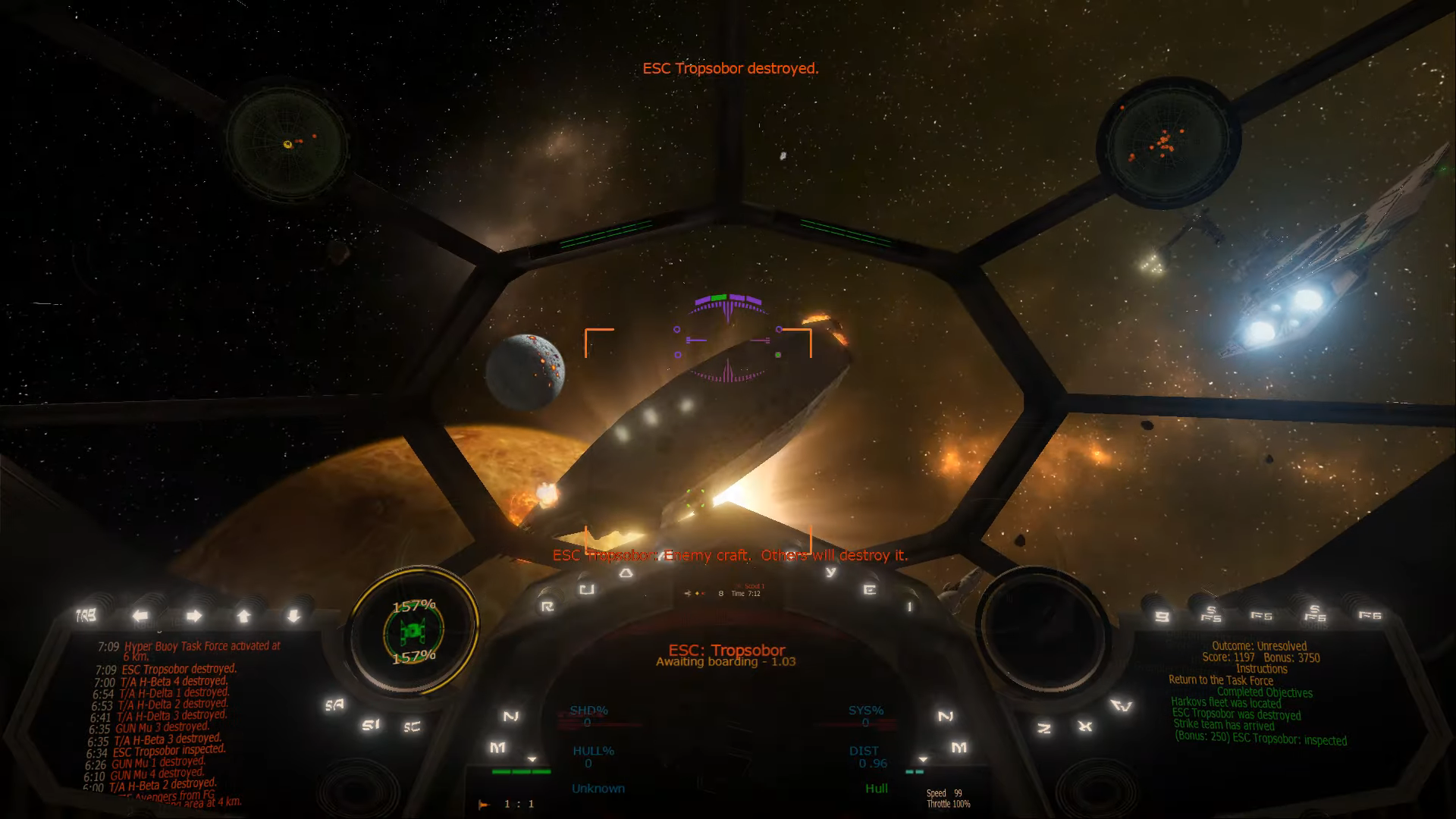 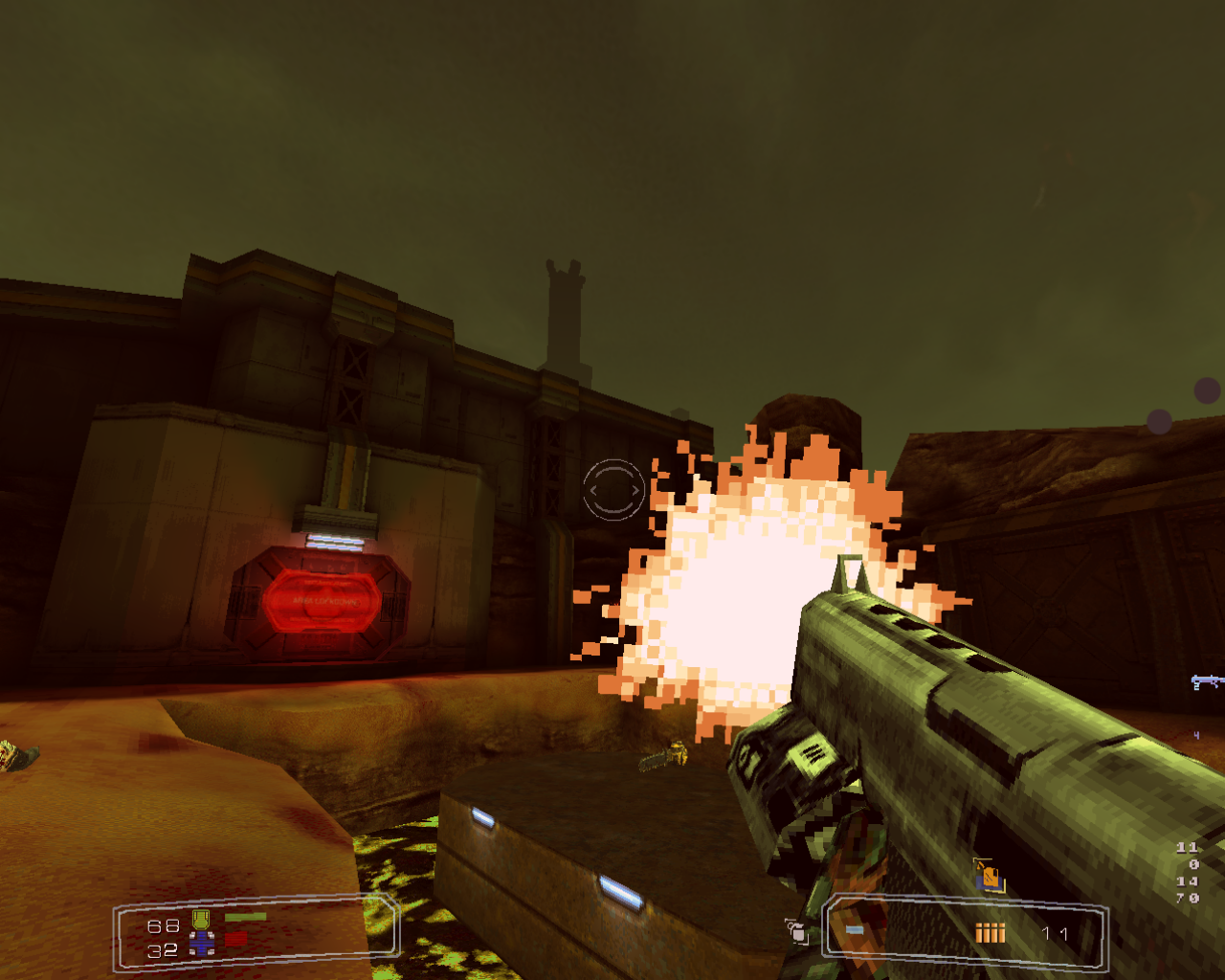 Amazing mods are released every year - some with a legacy, some with fresh new ideas, and some - like Slayer’s Testaments - are pure passion, mastery, and thrill-seeking at their finest. Transforming Quake into a re-enactment of the newer DOOM games, Slayer’s Testaments manages to capture the spirit and essence of games that took huge companies years to produce with a small team of dedicated developers. It is a vicious and awesome experience - featuring all the hallmarks of the new DOOM games like chainsaws, glory kills, and enemy types, put into place within the boundaries of retro graphics and fast-paced shooter gameplay. Every level has secrets to chase that reward you with gear, early weapons, and more enemies to slaughter; every weapon has upgrades and alternate fire modes (many of which are uniquely designed by the team, instead of emulating their inspiration); and every inch of this incredible mod is designed with fun and combat in mind.

Featuring levels, enemies, and weapons from DOOM 2016 all the way up to The Ancient Gods Part 2 for Doom Eternal, Slayer’s Testaments’ capacity for fantastic, thrilling content is only matched by its capacity for care of every mechanic and feature implemented within the mod. On top of that, the creators have paid their respects to the modding community by providing tools and functionality for Slayer’s Testaments explicitly designed to encourage modding, on top of providing lots of customisation options for players right out the box. It’s not often you get a mod that matches the quality of professional releases - but alongside the other mods on this list, Slayer’s Testaments blows you away time and time again. 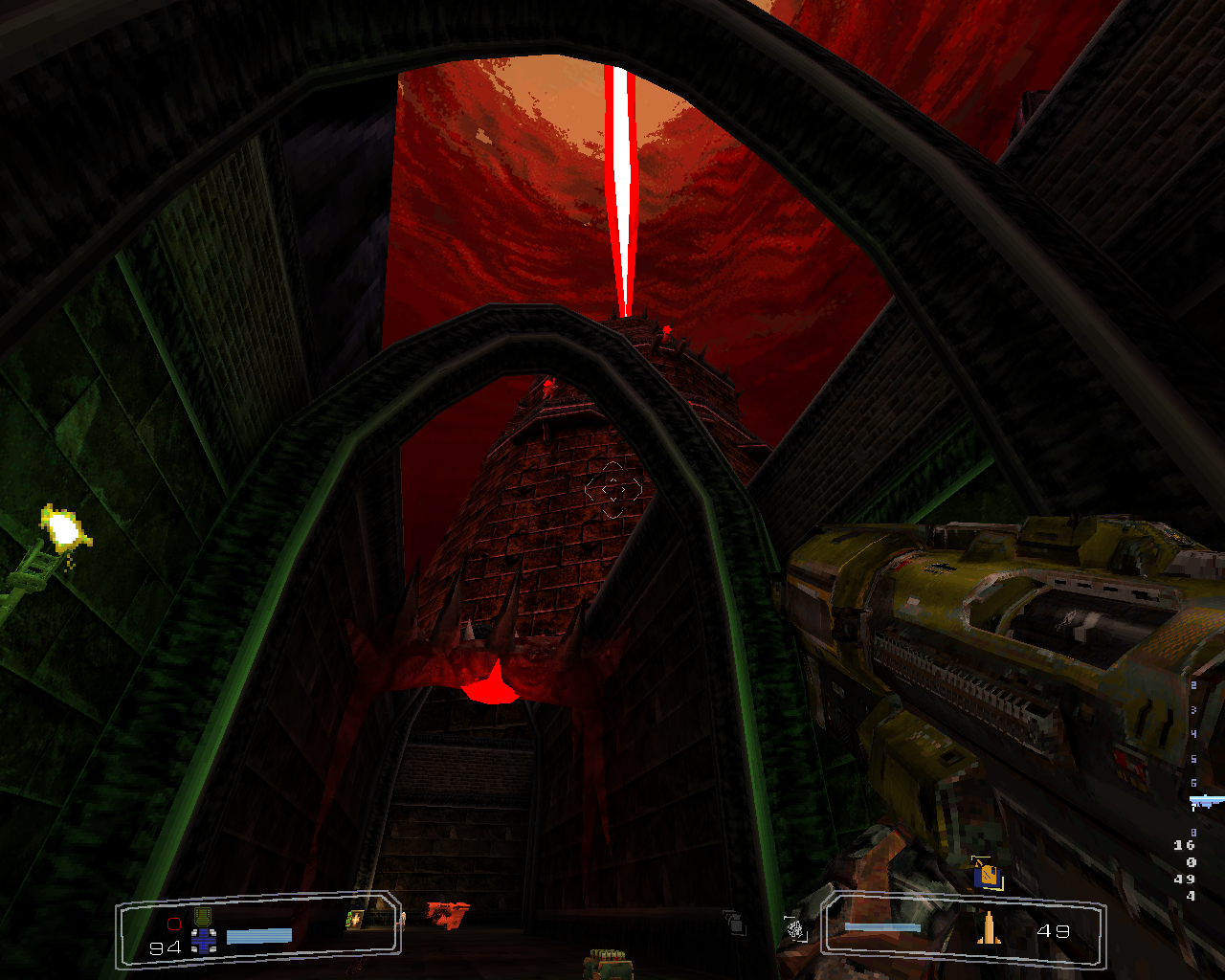 There's our picks for the cream of the newest mods on ModDB! Links to all mod pages mentioned are in the article above. Make sure to comment down below what you think the most promising new projects on ModDB are!

Pretty good list, Slayer's Testaments looks wild, I'll have to check that one out. I've been enjoying TIE TC a lot, used to have to do stuff like... killing the explorer process to make TIE Fighter work on dosbox to play it on a modern computer hahaha, so this is a great way to experience that game without as much hassle, the re-imagined campaign has also made it even better.

Always nice to get a good overview of great new mods.

Apocalypse Rising is the best mod WIP. It turn RA2 into FPS/RTS.

A top 5 on promising mods is very limiting with so many great mods out there, but it's a respected effort.

lol my dream is to have some bots for slayers testaments but i doubt itl happen very soon at least, i doubt reaper could manage playing this mod too.