People tend not to understand UFHO2 at first sight. In this small article we take some time to explain it in full. Images included for the lazy ones! :)

We keep saying that UFHO2 is a simple game, but I know that many don't understand how it works at first sight. Today, I'm going to correct this by explaining to you how UFHO2 works.

Of course in the game there will be a comprehensive interactive tutorial about every aspect in the game, but since you cannot play it yet, let me indulge myself with a few informative screenshots.

The main goal of UFHO2 is quite simple: there is a blue little gem and you have to get it before your opponent(s). Every gem is a point, and whoever gets first to 5 gems wins the match. 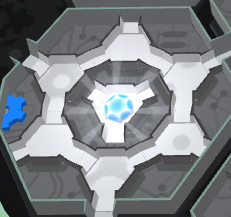 The game board is a maze of 49 small rooms, connected by doors. Any of these rooms can be rotated (by clicking/tapping on it) to connect it to other rooms. 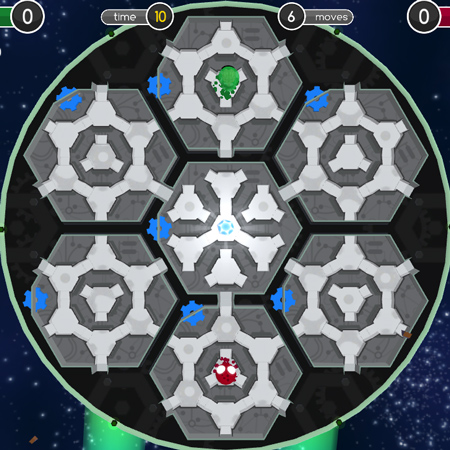 Each player starts in one room, and only if this is connected he can move to nearby rooms. When you drag from one character, a cursor appears and will be colored in red if the room is not connected. Observe: 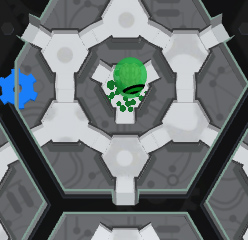 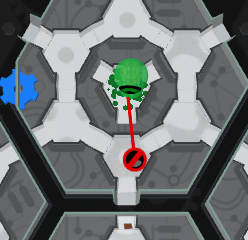 Rooms are disconnected, the player can't pass (YOU SHALL NOT PASS!) 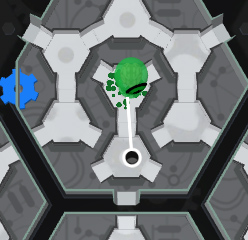 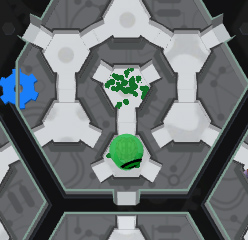 Rooms are connected, the player can move


Rooms are organized in clusters of 7, which we call areas. Areas have connections too, and they can be rotated as well by clicking on the small gears they have in one corner. 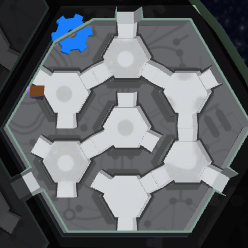 As for rooms, to move between areas they have to be connected. Areas present small junctures that have to match in order to pass, just like rooms. In this image: 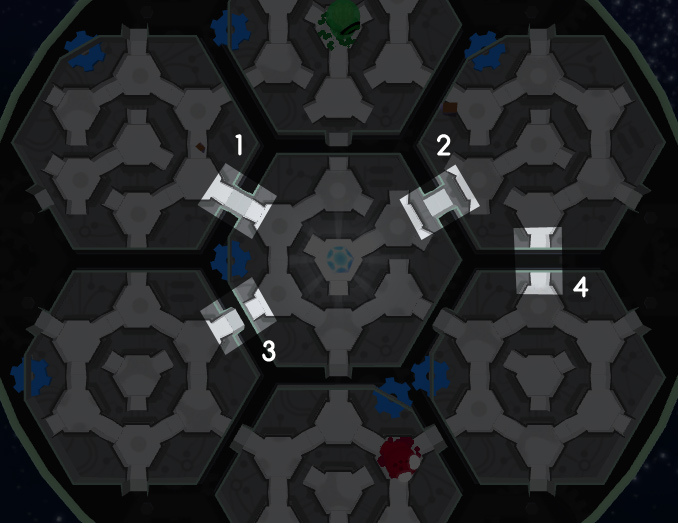 UFHO2 is a turn-based game. Players play turns in which they have 6 moves to spend. They can essentially spend them in three ways: by moving their character, by rotating small rooms, or by rotating areas (rotating areas costs 2 moves though). By combining these simple moves, they have to reach the Gem as soon as possible before their opponent does.

While heading for the gem is the most easy solution, UFHO2 would be quite boring if players kept moving only for themselves. The cool part is that you can rotate any room or area, even the ones where your opponent is. This way you can slow him down on his path by disconnecting the rooms he's supposed to pass through.
The strategy lies in the fact that some moves (especially rotating areas) cost your opponent more moves to undo than the ones you spent. For instance, consider this situation:

The red Jeevil is at a stone's throw from the gem. He will reach it in 4 moves if the green doesn't do something quick. The green player so decides to rotate his area to disconnect it from the central area. He spends 2 moves by doing this:

The red Jeevil is moved to the side, his area disconnected. Since areas rotate always clockwise, to go back in the position he has to do three things: rotate the area for a cost of 2 moves (notice the blue gear changing position), then move up, and up again. Here are his moves:

He is now in the same situation as the beginning, but he spent 4 moves to go back from a situation while the green Gooy spent only 2 to create it. Clearly the green Gooy got some advantage here.

This is just the surface of UFHO2's strategy, think of it as just lesson 1 :D

Next time I'm going to talk a little bit about powerups, something that spices up this simple formula quite a lot to create some complex gameplay, and strategy.