In this article, we present the Officer Class and what the Officers' versatile skillset allows in terms of tactics. 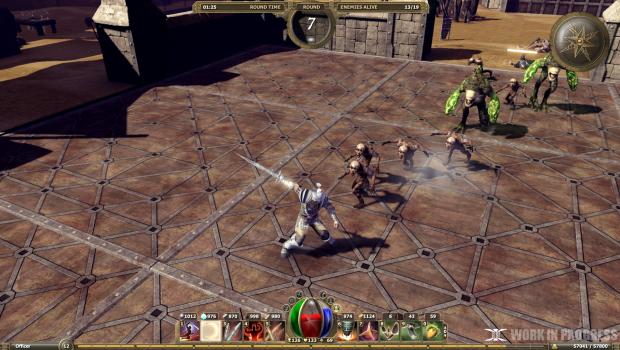 The Guild of Officers is a widespread assembly of combat professionals, ranging from gladiators to high ranking elite soldiers. The guild teaches combat techniques utilizing the power of Aethergems through a mental focus. The guild's purpose is the preservation of the Ancient War Disciplines and upholding the traditional battle codes of Valor and Honor.

Officers employ a number of different traps and weapons in combat. Depending on the material used, the skills will prove more or less efficient. They also specialize in specific combat arts passed down through the Officer's guild since ancient times. These combat techniques consume the radiant power of the Aether gems to temporarily give the Officer extraordinary strength, agility in battle or bravery.

Officers use a combination of skills, including melee and ranged attacks, along with numerous traps. They use a Ferocious Stomp and a high powered strike to throw enemies nearby to the ground, and can dispose of distant foes using thrown javelins or use strength to rip chunks of earth out of the ground to throw at groups of enemies. The Officers can also utilize defensive emplacements such as caltrops, punji stick traps and set up pavise-sized shields to protect them against incoming projectiles. Finally, the Officers have a number of hymns and shouts, usable to enhance the spirits of their allies or to sow hesitation and fear in their foes.

As an Officer, this means that you have a wide range of options in terms of approach to combat. Using the powerful melee attacks specific to the Officer class, one can become the equivalent of a human cannonball who throws him- or herself straight into the midst of enemies and dispose of them with an explosive force. But it is just as feasible to develop into a character relying on ranged attacks, keeping enemies at a distance with the use of barriers, caltrops and punji sticks.
Officers can also be capable support characters helping their party with the use of hymns and shouts. 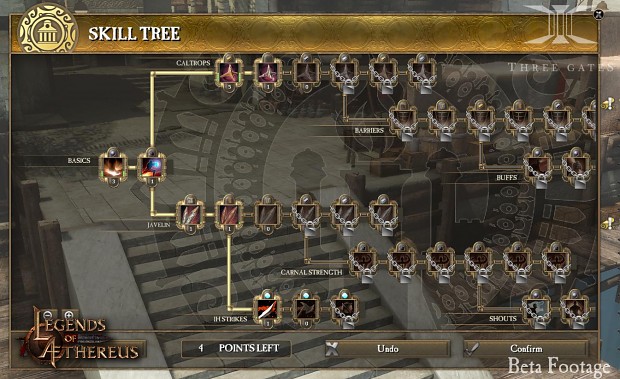 Our design intention with each class has been to not create a template character type, but to allow plenty of room for the player to develop their own style of fighting within the boundaries of each class. This is also why there are no weapon or other equipment restrictions on the different classes (compared to, for example, classic Dungeons & Dragons classes, which limits what gear you may equip). Regardless of class, you will be able to develop your character in any direction - into a damage resilient, slow beast with devastating attacks, or an agile and quick character who relies on critical hits to defeat their foes. 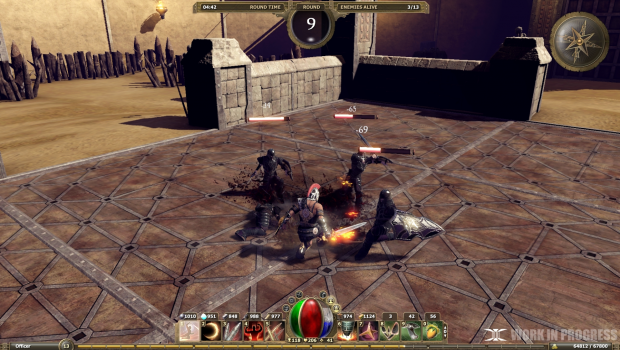