An explanation of the new score system, now with medals!

We are working on the game's new score system. We've modified the previous one since it seemed unclear. Now when the game is over, a scoreboard will appear for each player, with their corresponding image, indicating the following information:

Below you can see the medals obtained after each game. At the moment, we have the following:

There will be plenty more, and we're open to any suggestions! :)

Lastly, the number of coins that were picked up as well as the team score (adding up the individual scores) and team loot (adding all the coins) will all be added up too. 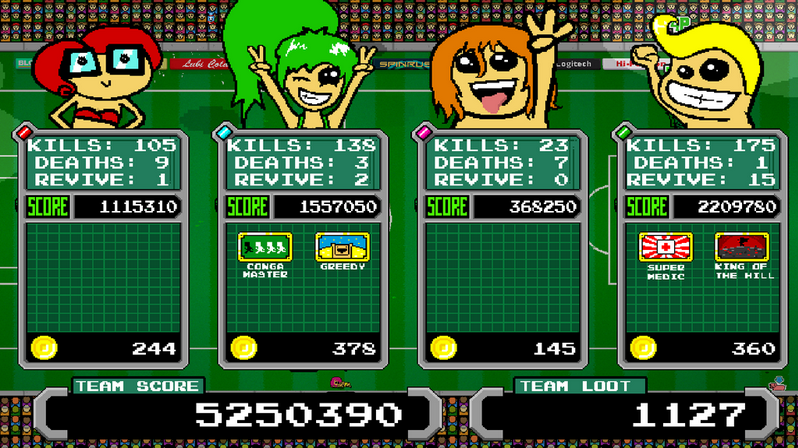