The Cult of Liberation 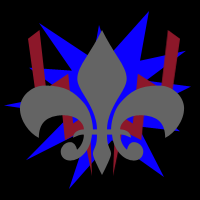 Military Infrastructure and Resources:
The Cult of Liberation relys on weapons imported from Asia, America, Europe & Russia. Most equipment is purchased from Contractors and Multi-Million Dollar Military Corporations (Example - M5A3 Leopard Tank). Some Vehicles/Weapons which the Cult uses are either Salvaged or Recovered from locations accross the world which are used for further purposes and used with permission from original owners (Example - Transport Van). The Cult uses Wind Enegy for power, which provides 3 more power cells than a USA Cold Fusion Reactor but 2 Less than China's Nuclear Reactor Station. Military Ranks consists of Young Acolyte to Elite Hand. The Cult's main strategies is using Tank Columns of Combined Tanks (Classic & Modern Tanks) imported from accross the world and usage of many good Aircraft/Helicopters Built by America.

Reasons Why Against the GLA:
Comming Soon
Infantry:

The Cults Infantry Division consists of 9 from Rookie to Hero Rank in which Recruits from all over the world take part in during the Cults Liberation against the GLA. recruits are trained in fair conditions in hacking enemy forces, infaltrating enemy structures, robbing enemy vehicles, Usage of Firearms and Rocket Launchers, Squad Training, Sniper Training and Explosive Managment Training.

High Ranking Member Khaled Deathstrike shown the Cults Pheonix Snipers the Basics on Anti-Garrison Multi Shooting and Sniping infantry while Stealthed, he is currently in Primary Command of the Pheonix Sniper Group, which consist of himself and Experienced 3 Pheonix Snipers from Middle Eastern Asia who fight for Liberation in the Cults Name.

Rookie - Young Frontline Acolytes of the Cult, Trained in Fair Conditions in Training Camps accross the world. This soldier can either be armed with a Shotgun or an Assault Rifle - Ability: Capture Structure

Skyguard Acolyte - American Acolytes serving as anti-air soldiers of the Cult. The Skyguard is well armed and is capable of destroying aircraft. Like Tankgunners, they have experience in using explosives - Ability: TNT Charge

Medic - Field Support unit for wounded soldiers of the Cult. Armed with a Needle Gun which he can use to defend himself and can heal soldiers - Ability: Heal Soldiers Nearby

Battle Squad - A group of 6 Acolytes, Armed with Assault Rifles and Recoiless Rifles. The Battle Squad is the Cults Answer to the GLA's Angry Mob and can sworm enemies in numbers - Abilities: None

Pheonix Sniper - Middle Eastern Sniper of the Cult, Can snipe enemies from far away, althou stealthed while stationary and shooting - Abilities: Anti-Garrison Multi-Shot

Khaled Deathstrike - Hero of the Cult of Liberation, Sworn enemy of Rodall "Demo" Juhziz. Khaled is the brother of GLA Commander Momar Deathstrike, he is capable of setting Timed Demo Charges and he is known for his Battle Buff Ability for Cult of Liberation Soldiers to fight harder when active & nearby him - Abilities: Timed Demo Charge, Battle Buff

The Infantry List is Finished, infantry Suggestions are Welcome in the websites forums.
Vehicles and Tanks:

The Cult of Liberations Tank and Vehicle is made up of many vehicles and tanks Purchased from Military Equipment Contractors, Salvaged from Local Scrapyards for Restoration and reuse for war against their enemy and Recovered Military Equipment which former armies use back in their days with Permission for the Cult to use in their war against Terror.

M5A3 Leopard Tank - Main Frontline tank for the Cult of Liberation, Imported from America. The Leopard is the Mainstay Tank of the Cult, More Armoured than a Crusader - Abilities: Build Drones

D-34 Scorpion Tank - Similar to the varient used by the GLA, Purchased from Russia. The Scorpion has 5& More Armour than the GLA Varient giving it more survival capabilities - Abilities: Build Drones

Transport Van - The Cult of Liberation's transport unit. Appears unarmed but lethal when infantry is inside. Tis vehicle can upgrade with a Rocket Launcher or Machine Gun - Abilities: Weapon Upgrade

Type-56 Salamander - The Secondary Ant-Garrison of the Cult of Liberation. The Salamander shoots out jets of Green Napalm and it the Sucessor of the "Type-45 Dragon" Tank - Ability: Fire Wall, Build Drones
Support Units:
These Vehicles help organise the Cult's Construction and Supply Networks. These vehicles consist on the construction of Cult Bases all over the world, supply gathering operations and helping out units once deployed on the battlefield.

Construction Bulldozer - This Vehicle is the Cult's main vehicle when building bases. The Dozer operates the same way as the US & Chinese Dozers - Abilities: Build Structures, Clear Mines

Supply Technical - A Fast Combination of a Technical and a Supply Truck. This vehicle is fast than other Supply Trucks and can outrun tanks, weaker than other supply gathers - Abilities: Supply Collection

Ambulance - This nifty vehicle imported from America is the Cult's special unit which can heal soldiers on the battlefield, this vehicle can carry 6 Soldiers - Abilities: Transports, Heals infantry

Type-38 Cheetah Mechanic Crawler - This imported converted Troop Crawler is a helpful vehicle which can fix vehicles in a radius. The Type-38 can also transport soldiers around the field, it has the ability to deploy Bombs on the field - Abilities: Transport, Deploy Bombs, Repair Vehicles

Internet Van - Defensive & Support Vehicle. Internet Vans are basicly hackers on wheels. They are are capable of shutting down vehicles and structures and is capable of hacking cash from Supply Centers - Abilities: Building/Vehicle Hack, Cash Hack

The Cults aircraft consist of many planes and helicopters flown by Russia and America. Some Even have modifications to make them more combat effective. They have a total of 2 Fighter Planes, 1 Bomber, 1 Defense Destroyer, 2 Attack Helicopters, 1 Support Helicopter and 1 Cargo Plane. Making a Total of 7 Aircraft Types (Except the Cargo Plane) to choose from when fighting your enemy.

Pelican Cargo Plane - This Aircraft is used for dropping off Military Personnel and Supplies to Cult Forces in the Area. The Cult's Cargo Plane is only seen when using Military Powers - Abilities: Bomber, Cargo Transporter

The Cult uses many unique buildings which can either be based on Civilian Structures but for military structures like the Barracks & Weapons Facility Include old structure blueprints from previous wars in history.

Wind Turbine - These structures generates clean power from the wind for Cult Bases. The Wind Turbine is a clean building which powers buildings in the Cult of Liberation.
Barracks - The Cult of Liberation uses these buildings to train soldiers into battle. Recruits from all over the world sign up, choose their rank and train at these facilities for battle against terrorism.

Weapons Facility - The mainstay building of the cults vehicle construction. This building houses all Combat and Support Vehicles which can be bought here, also houses upgrades for vehicles to use.
More Building Entries Comming Soon.

The Cult is known for its acts of freedom and anti-terrorist movements. The Army is capable of salvaging & purchasing additional equipment to upgrade its army during battle. The Cause is known for salavaging additional armour plates, installing additional weapons and helping tanks get the best out of their ability.

Capture Building - Grants the Rookies to Capture enemy buildings and neutral tech structures
Battle Plow - Equips D-34 Scorpions & Transport Vans with a Spiked Bumper. The Battle Plow increases armour on the Scorpion and Transport Van for longer survival on the battlefield by 20%