Making its first appearance in The Phantom Menace while chasing a young Obi-Wan across a lush jungle, the Single Trooper Aerial Platform has been portrayed as a handy, powerful single-manned speeder. Originally part of the Trade Federation’s security forces, the STAP would years later don the Confederacy of Independent System’s logo and paint scheme.

Not long before the infamous Blockade of Naboo, the Single Trooper Aerial Platform was procured in large numbers as part of the Trade Federation's secret rearmament to ramp up the Trade Federation's ability to perform organized ground operations on a large scale. The addition of the STAP, among several other vehicles, into the Trade Federation's arsenal transformed the mostly space-based and defensive Trade Defense Force into a substantial, highly mobile paramilitary force capable of enforcing the Federation's will on an entire planet.

When the Trade Federation invaded the peaceful planet of Naboo in 32 BBY, the STAP-1 was deployed in incredible numbers alongside the flanks of heavier vehicles like the MTT and the AAT, following the Trade Federation's doctrine of swarming an opposing force with an overwhelming number of battle droids. Designed for anti-infantry patrols and doubling as a speedy reconnaissance vehicle, the STAP is armed with a twin-linked blaster cannon quite capable for its size. It would later serve in the CIS' Droid Army in equally great numbers, retaining its original role. 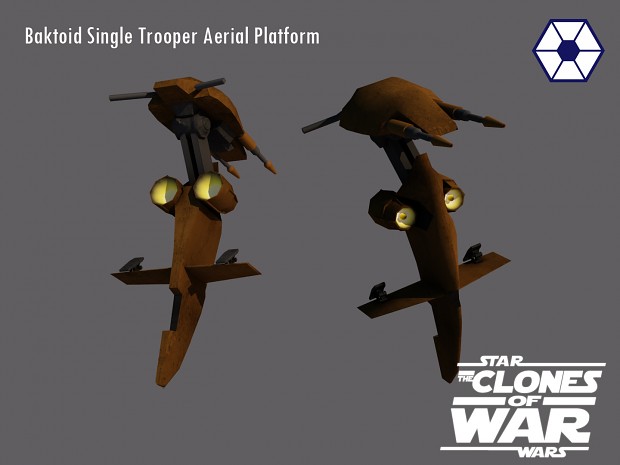 In keeping with showcasing the evolution of both the Loyalist and Separatist arsenals during the Clone Wars, there will be at least two versions of the STAP, the original brown-colored model introduced in The Phantom Menace and a fan-fictional design emulated from existing paint schemes like the Vulture Droids' and Tri Fighters' in Revenge of the Sith, both Trade Federation-funded designs.

In terms of armament, the STAP will definitely outclass the 74-Z in sheer firepower. Observe that the STAP's Twin Blaster Cannons as portrayed in The Phantom Menace have considerable high explosive properties. Then observe that when directly hit by a deflected bolt, the STAP violently explodes and pretty much vaporizes. Unfortunately, this doesn't say much about the strength of the gun, as we don't have anything else to compare it with like Chewbacca's bowcaster blowing up a 74-Z and the 74-Zs own blaster cannon being useless against its own model. But it is an indication of the speeder's effectiveness on vehicles its own size or class. So I will assume that the STAP is lightly armored and its gun is just really powerful, compared to the 74-Z. I imagine it, however, to be considerably slower than the 74-Z, noting its less-than-aerodynamic design and the rider's upright position. This assumption brings balance and a touch of asymmetry, and thus variety, to the forces of both sides. 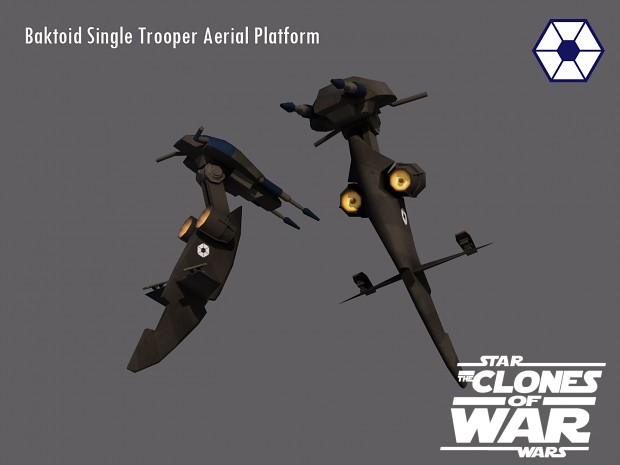 Next up: The Republic's late-war addition to its reconnaissance elements, the BARC Speeder!