Post feature RSS The art side of Jeffs Tower VR

Hello Everyone! First art blog for Jeffs Tower is here.

Posted by Lukas.Garliauskas on Dec 9th, 2016

Hello Everyone! First art blog for Jeffs Tower is here. Our name is Filthy Fresh Studios and today we will be going through the current pre-production stage of Jeffs Tower.

My name is Lukas Garliauskas. I am the lead/environment artist in the team. There is one more artist on the team (Carl Edvard Skanoy). He specialises in making 3D character assets. All of us are students at the moment in the University of South Wales.

The art direction is cartoony/stylized and all hand painted textures. I have been trying to concept along those lines to find a good style for the game. Trying to make stronger more easily readable shapes. The concepts are still in early phase and will be updated along the way. To make a good VR game first you have to make it run well. If it doesn’t it can completely destroy the player’s experience. While I am designing the art assets I try to take that into account to produce efficient ways of reusing the same asset. 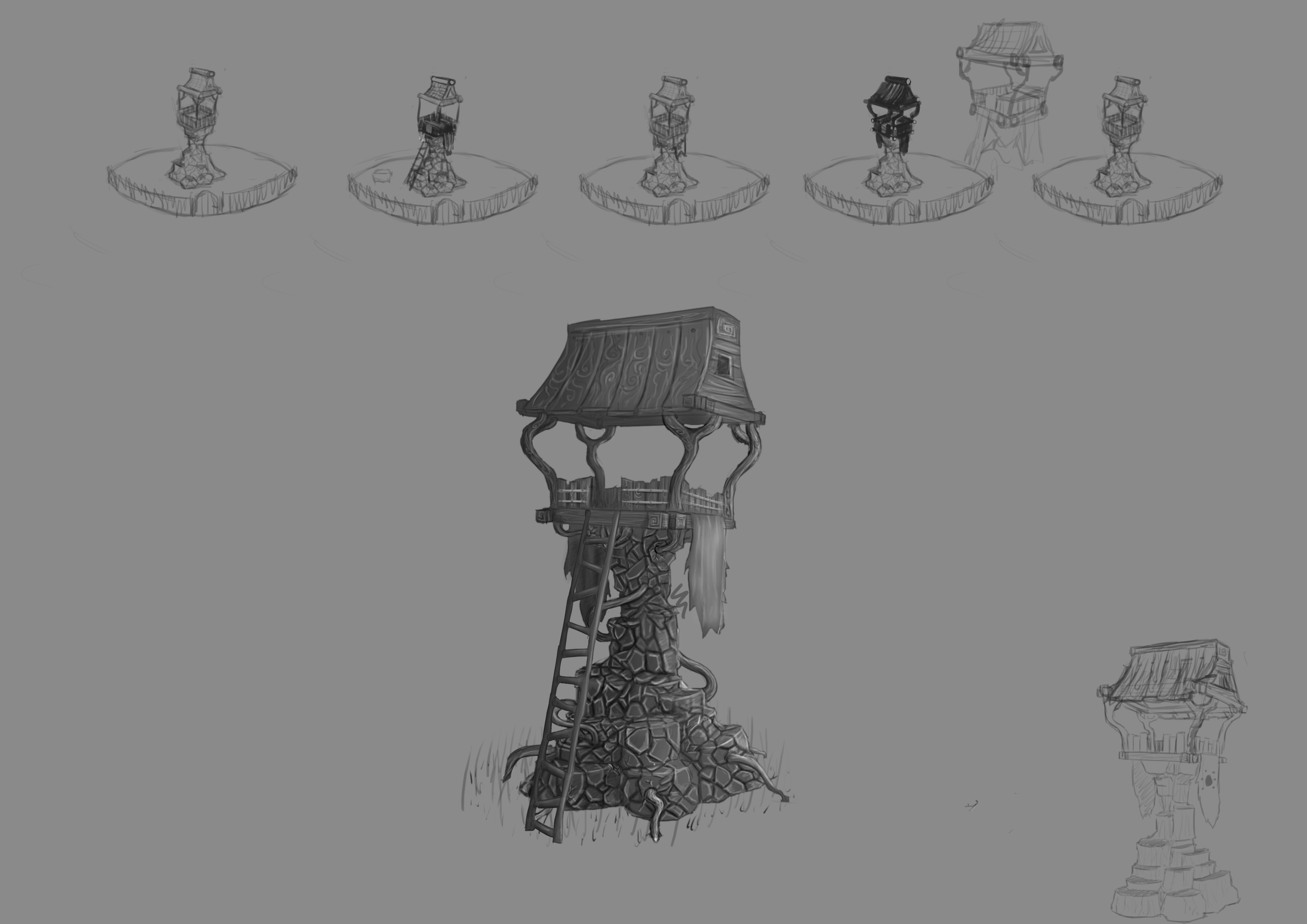 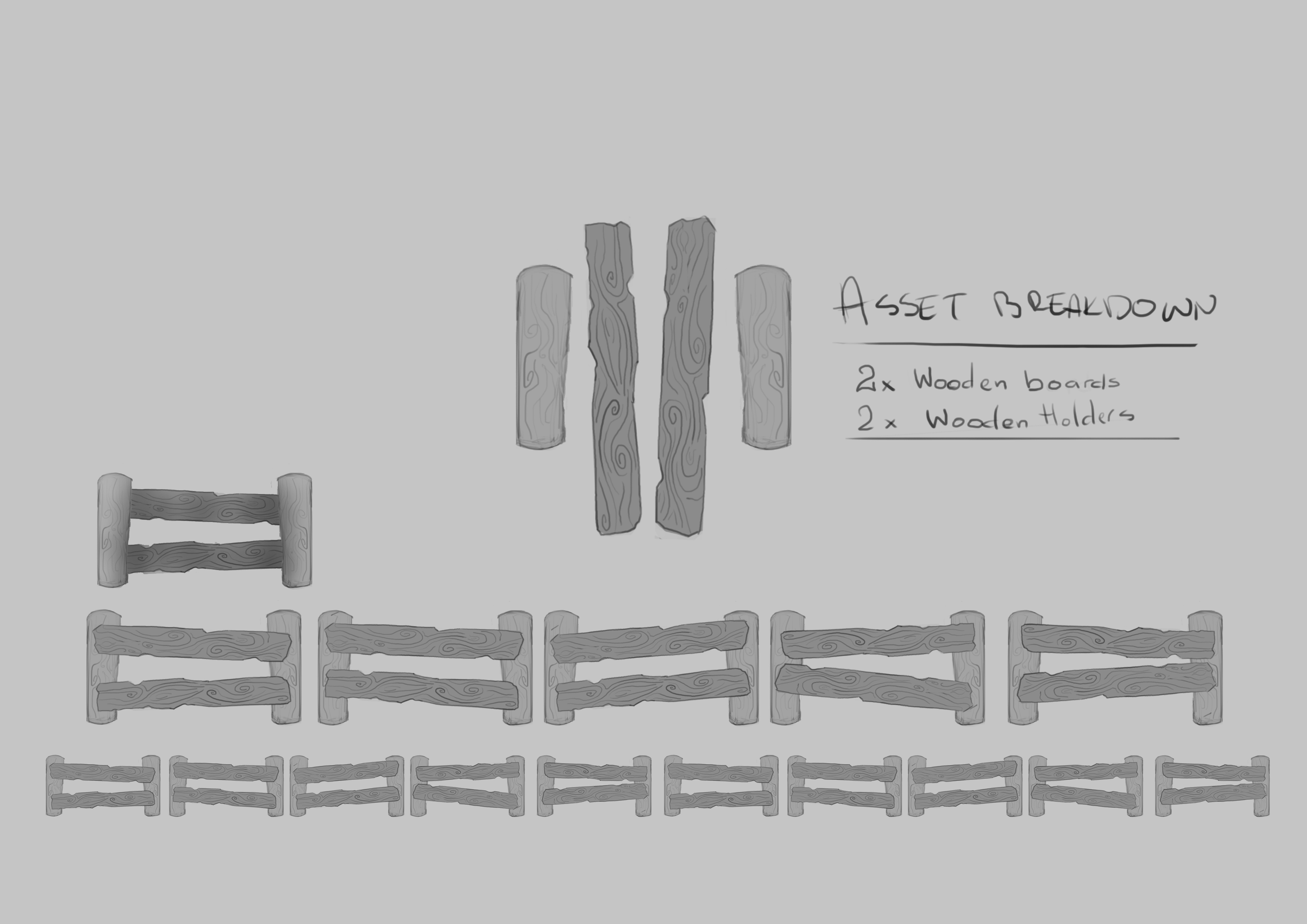 The game setting is that you are a botanist that works in the middle of two forests colliding at each other. One day you find a magical runestone that gives you amazing magical powers. Unfortunately, the evil king finds out that you have the runestone. He unleashes his evil army to try and get it back. While you try and defend your sanctuary. 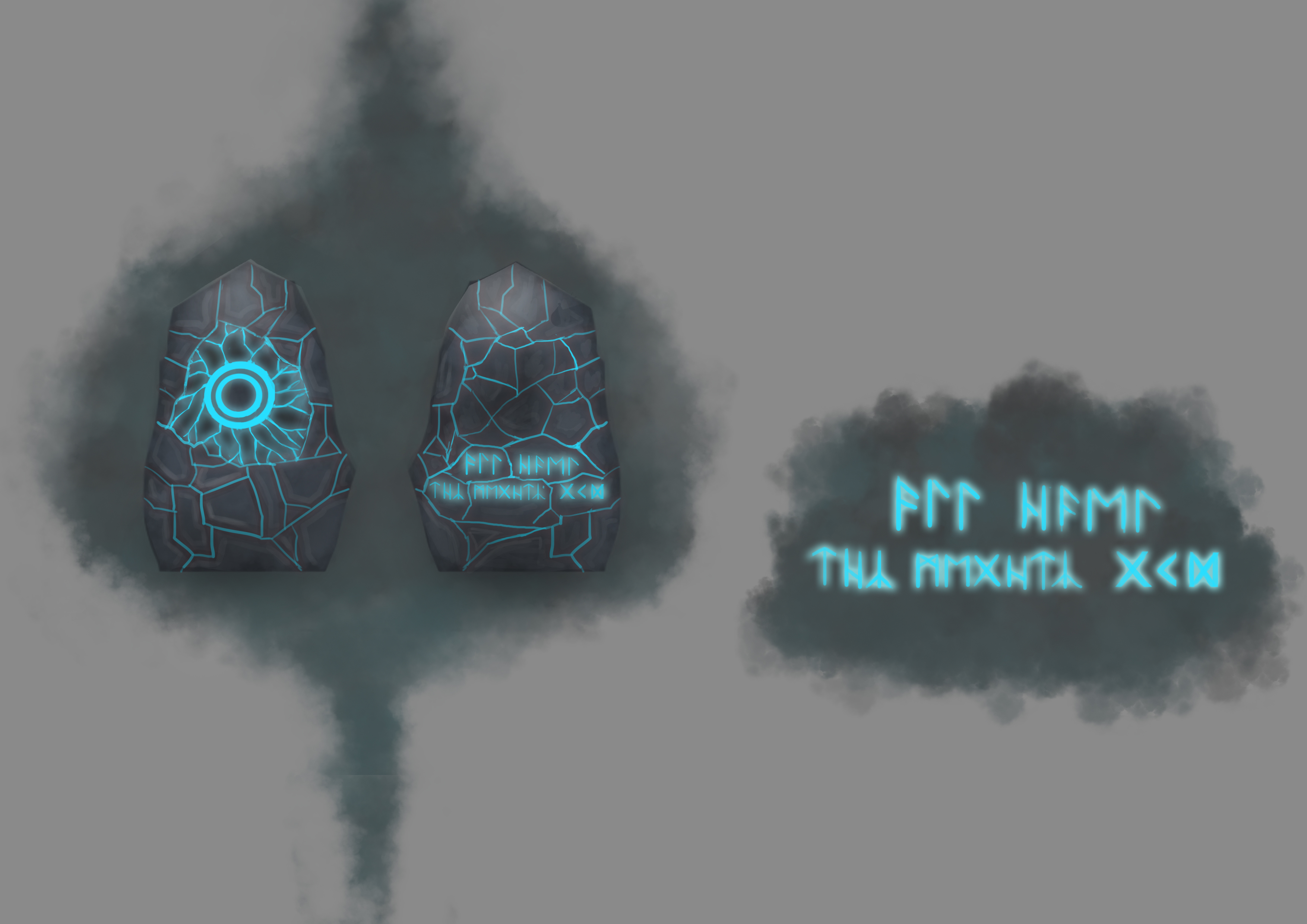 At the moment I have been focusing on character design. But will be moving towards the environment in the upcoming weeks. The characters will have 3 (ranks) each. Giving them a visual upgrade at each stage and letting the player know that they are stronger than the ones before. 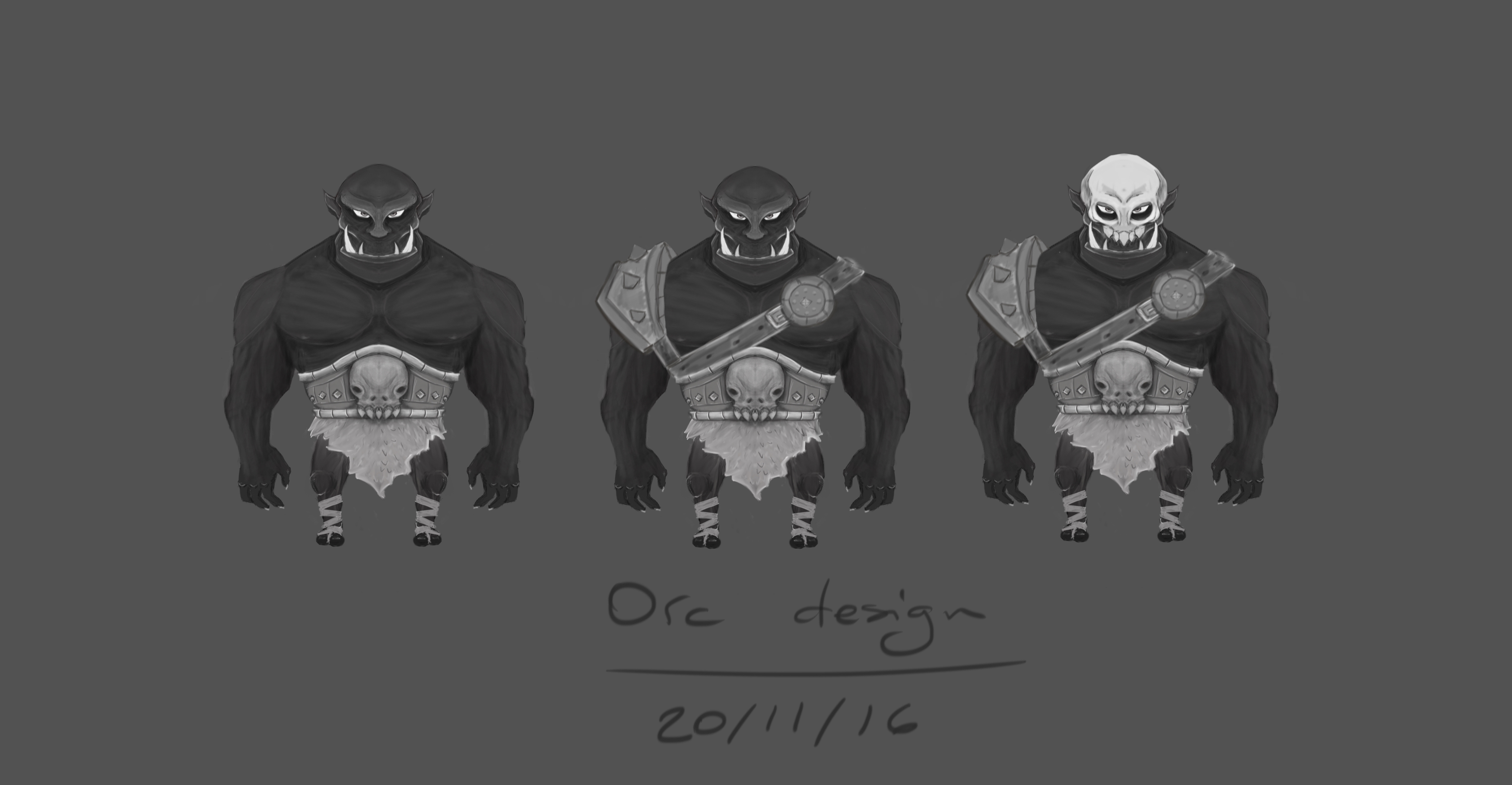 Golem would be the only one whose visual upgrade is a change in to a more intense colour and the size of the character per rank. (Given colours will tend to change later on). 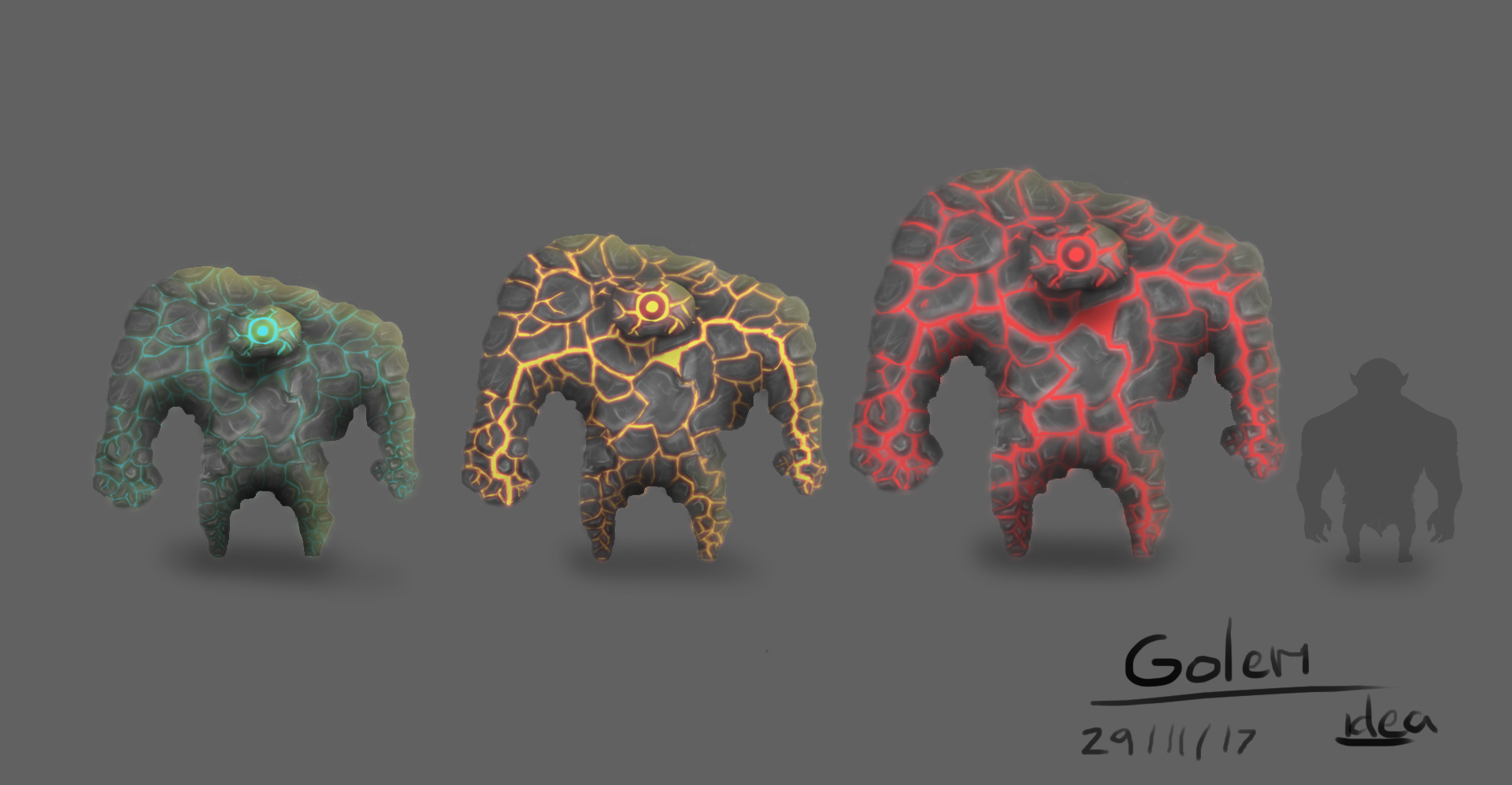 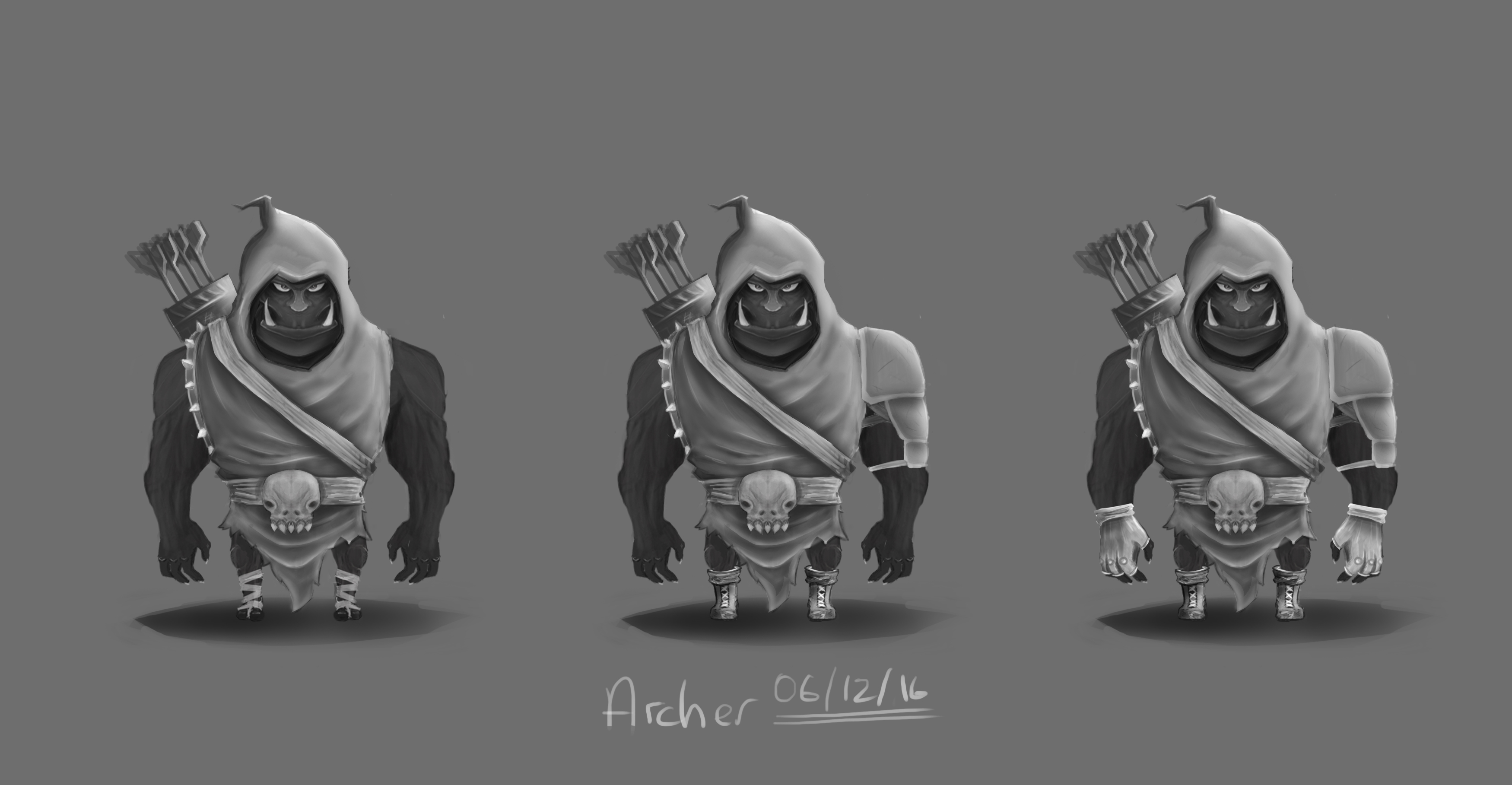 Another concept I have been working on was making the VR hands. This is early stages of concept and development. But we thought of making the tattoos on the hand change when changing the spell as well. To clarify what spell you are on at the moment. 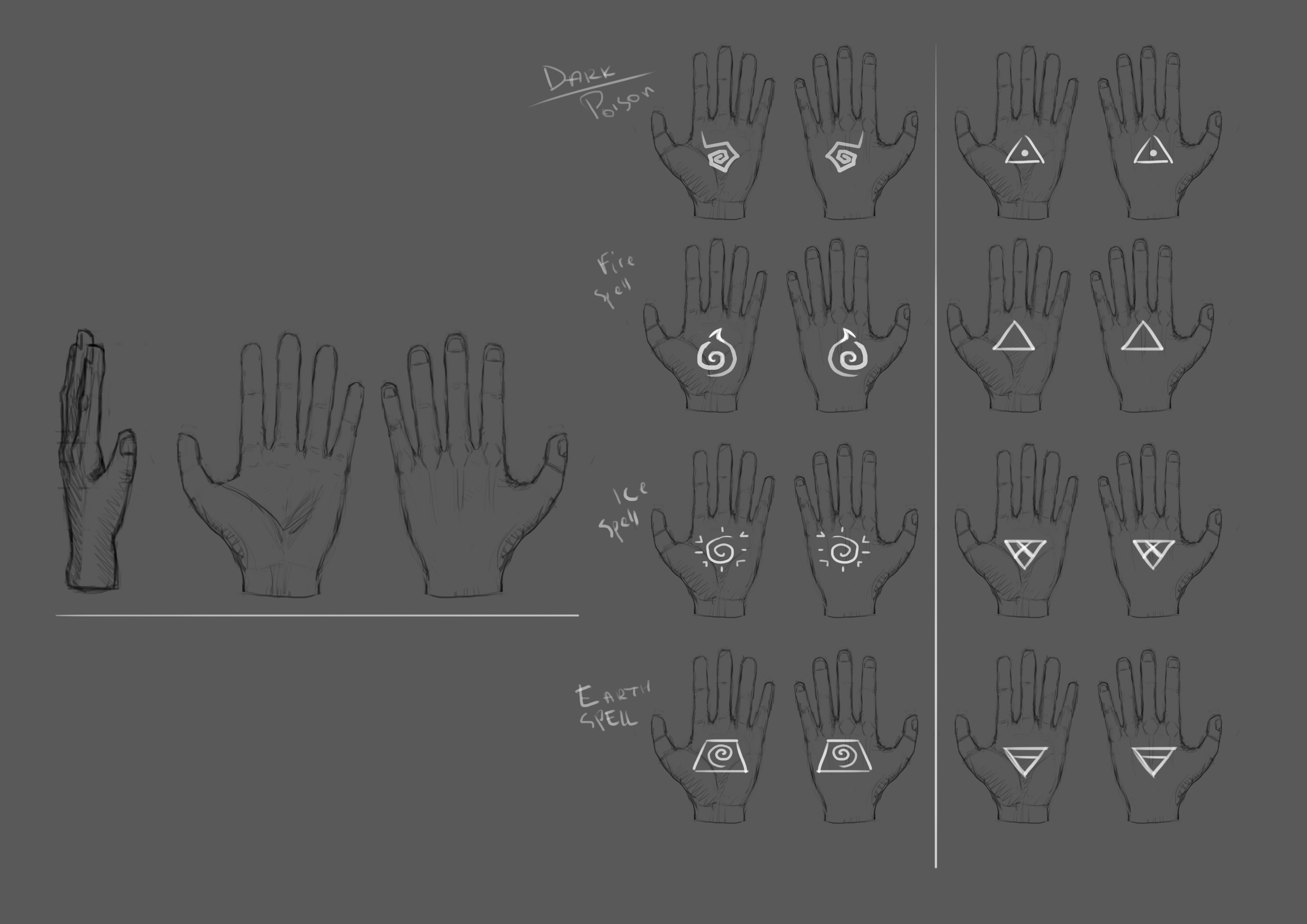 The progress of the environment has started picking up pace now. Even more in the next few weeks.

The scene in itself will be a stylized rocky canyon where the two forests meet. The level will have 4 roads where the enemies will be coming from. My objective is to make those roads stand out from each other so it will be easily recognisable in game. Some early concepts for the rock layout and tree idea designs below. 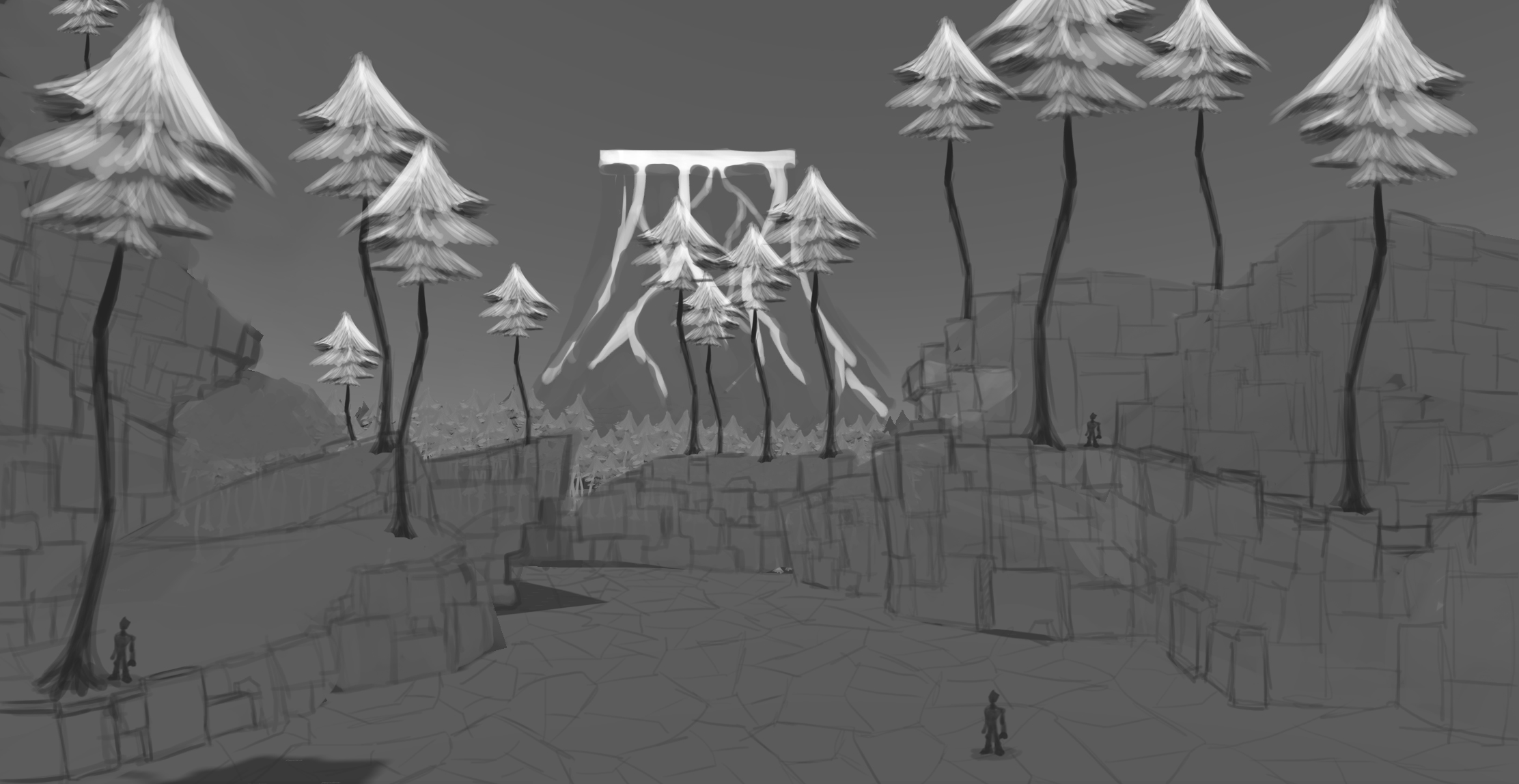 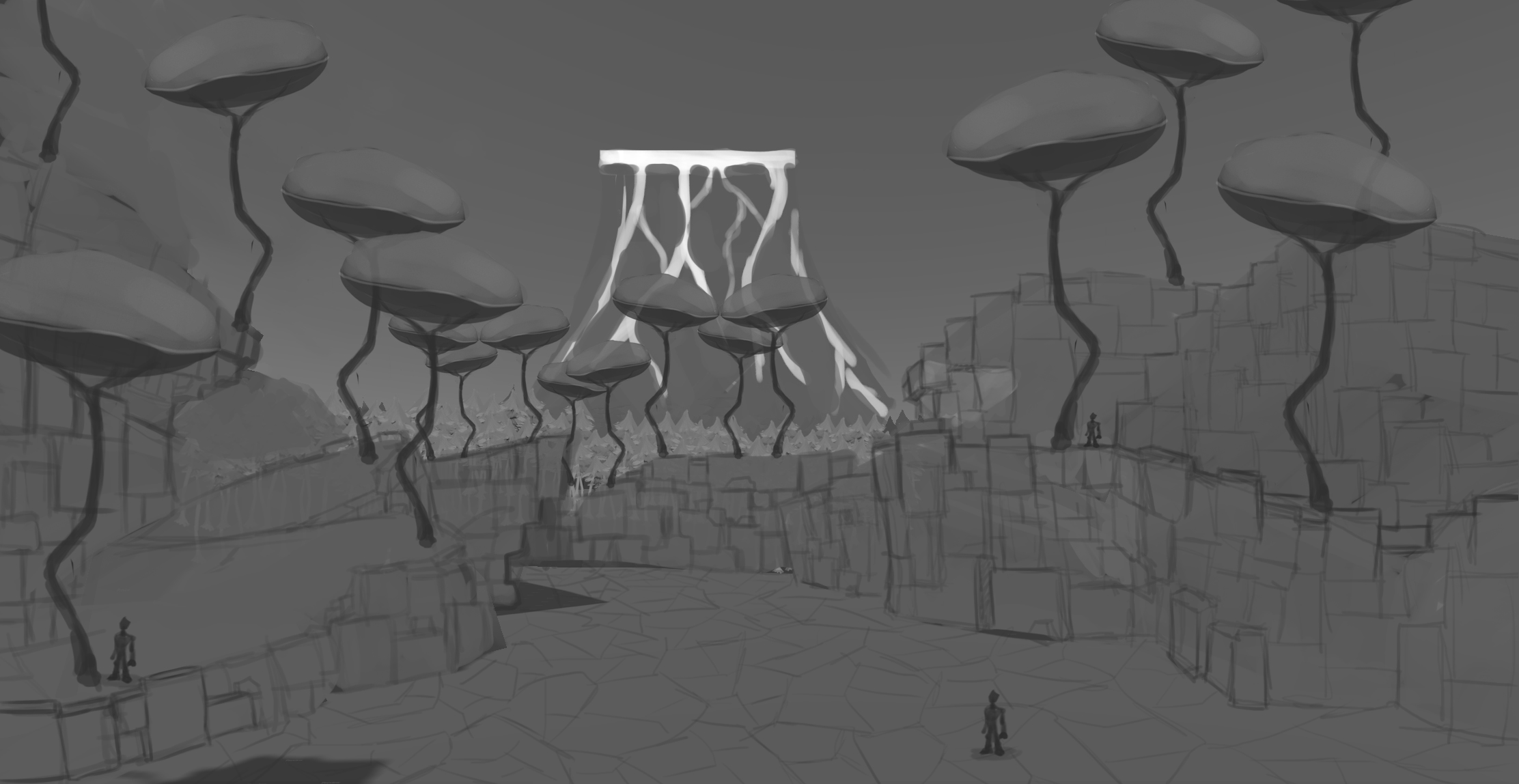 A quick sketch of the tower design iterations. The tower idea is that it has roots coming through the rock that makes the main holding pieces for the tower. Around it you have your garden. That will be surrounded by a fence. That will be the area the player will need to protect. 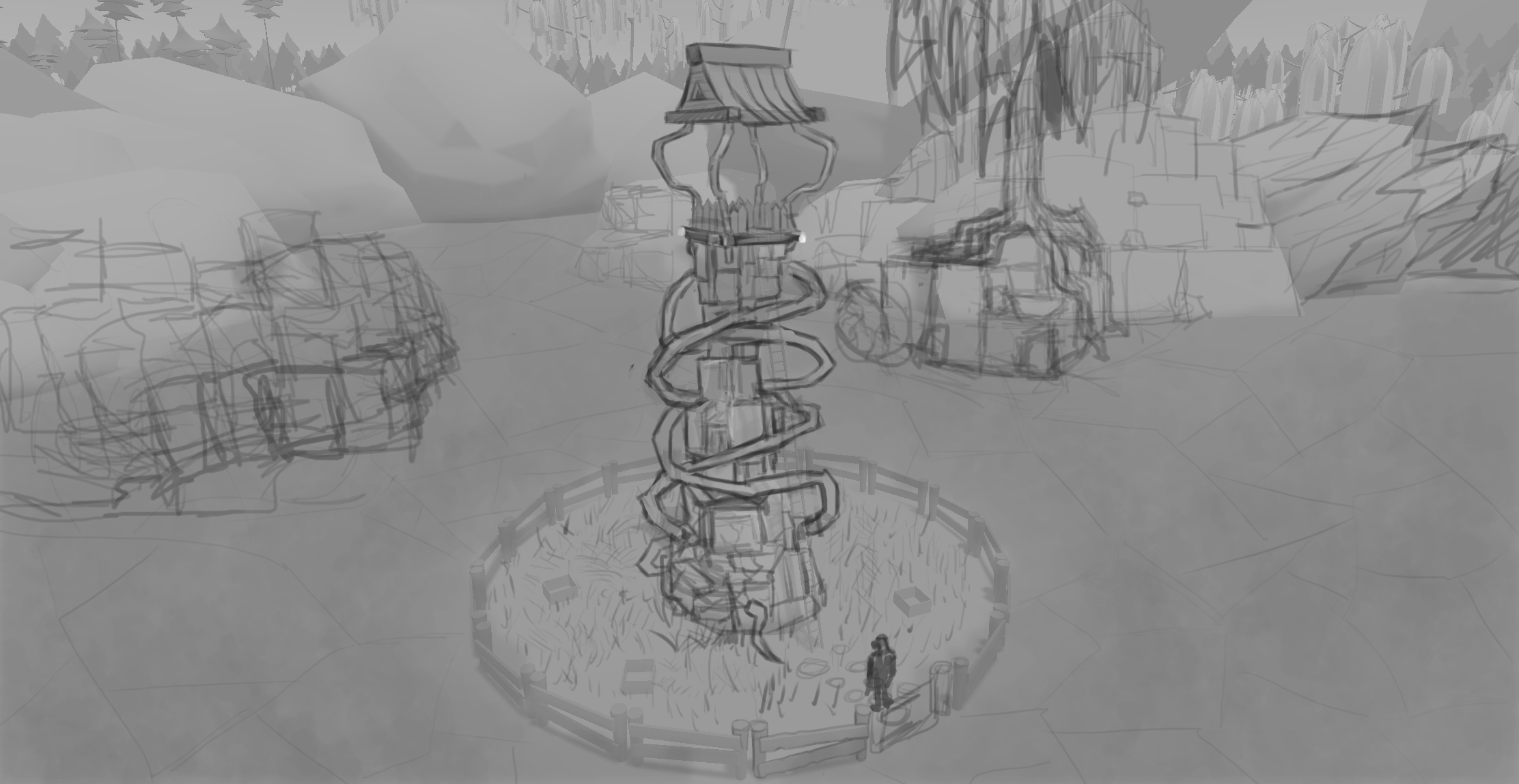 Last thing to share is the block in of the build. 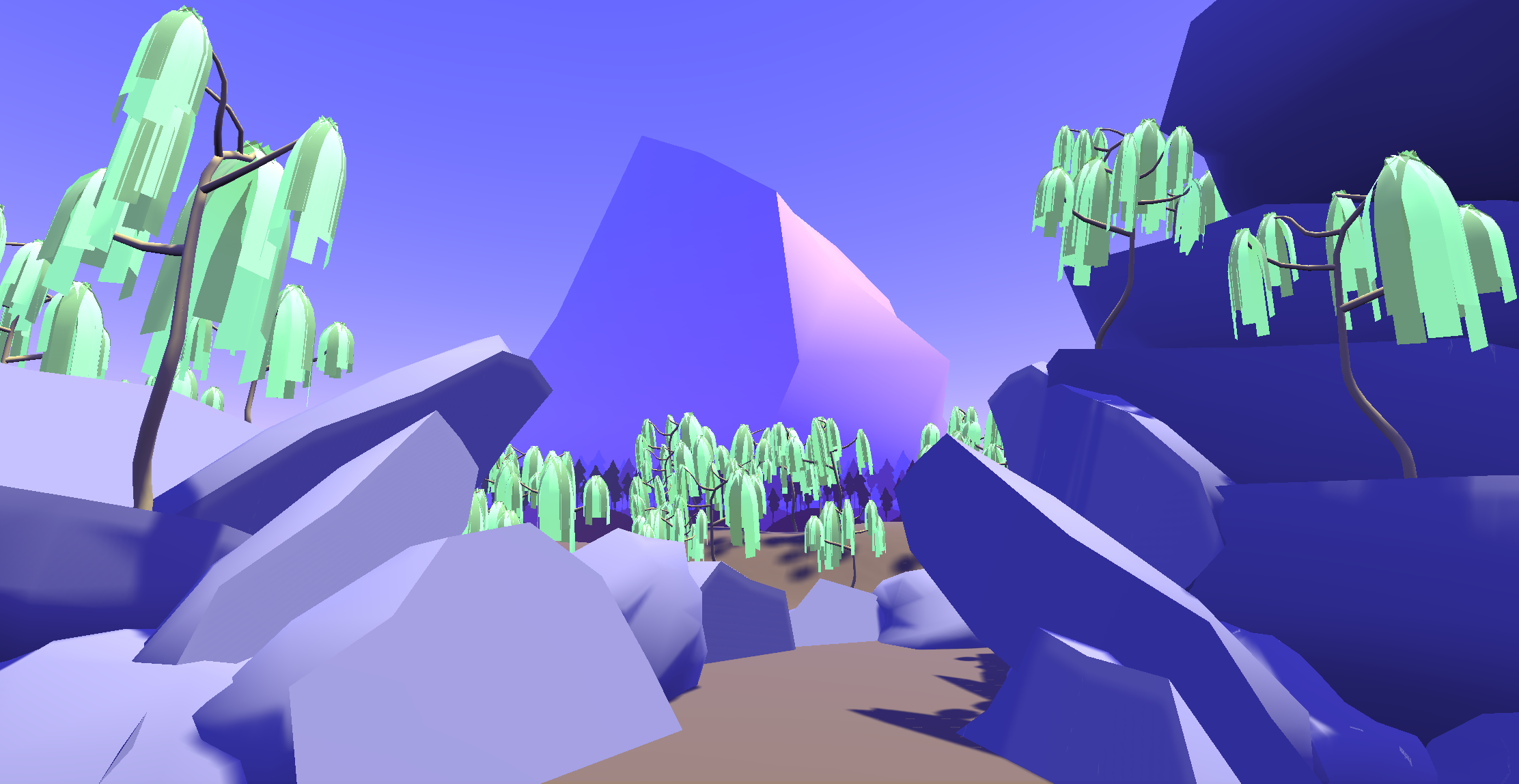 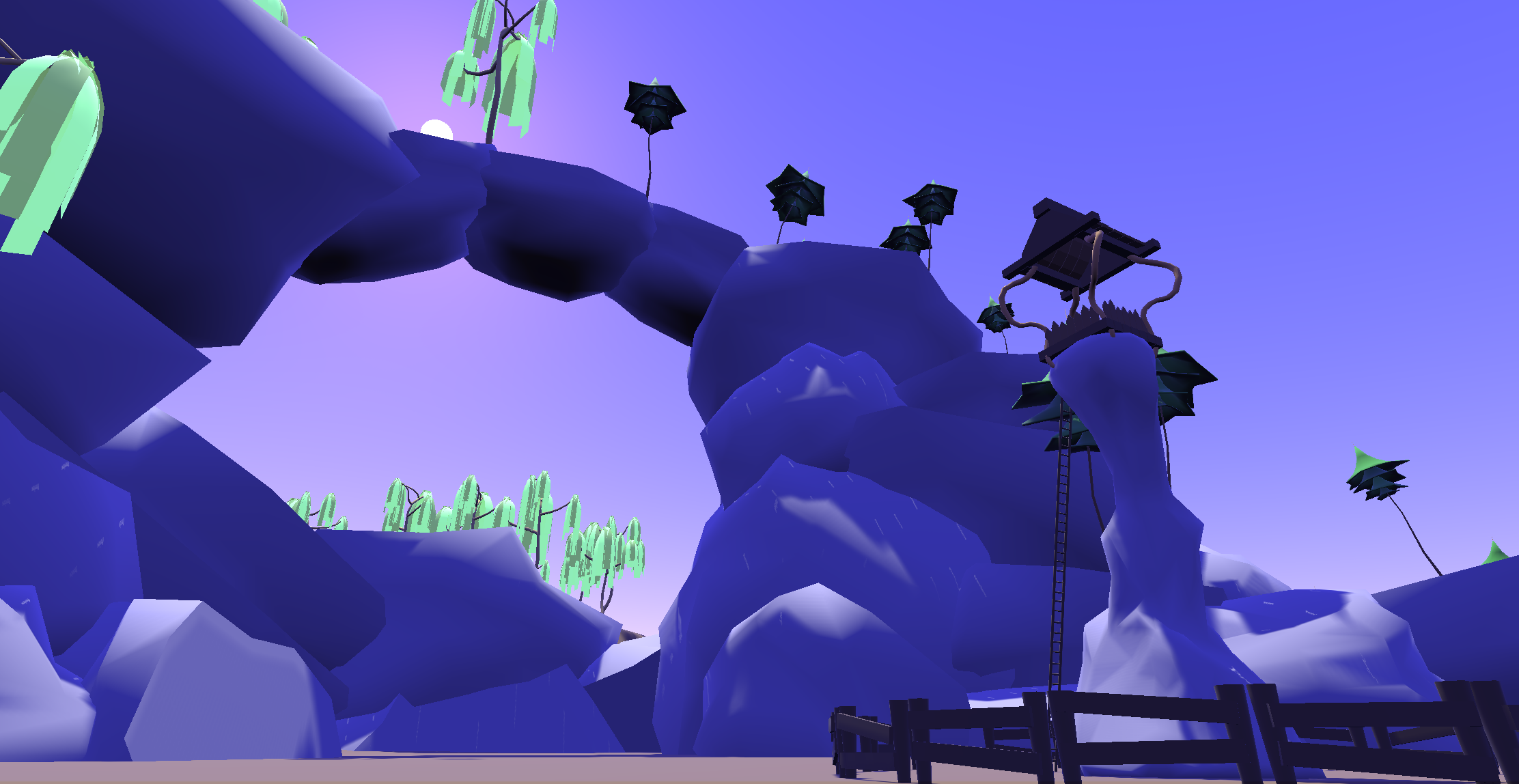 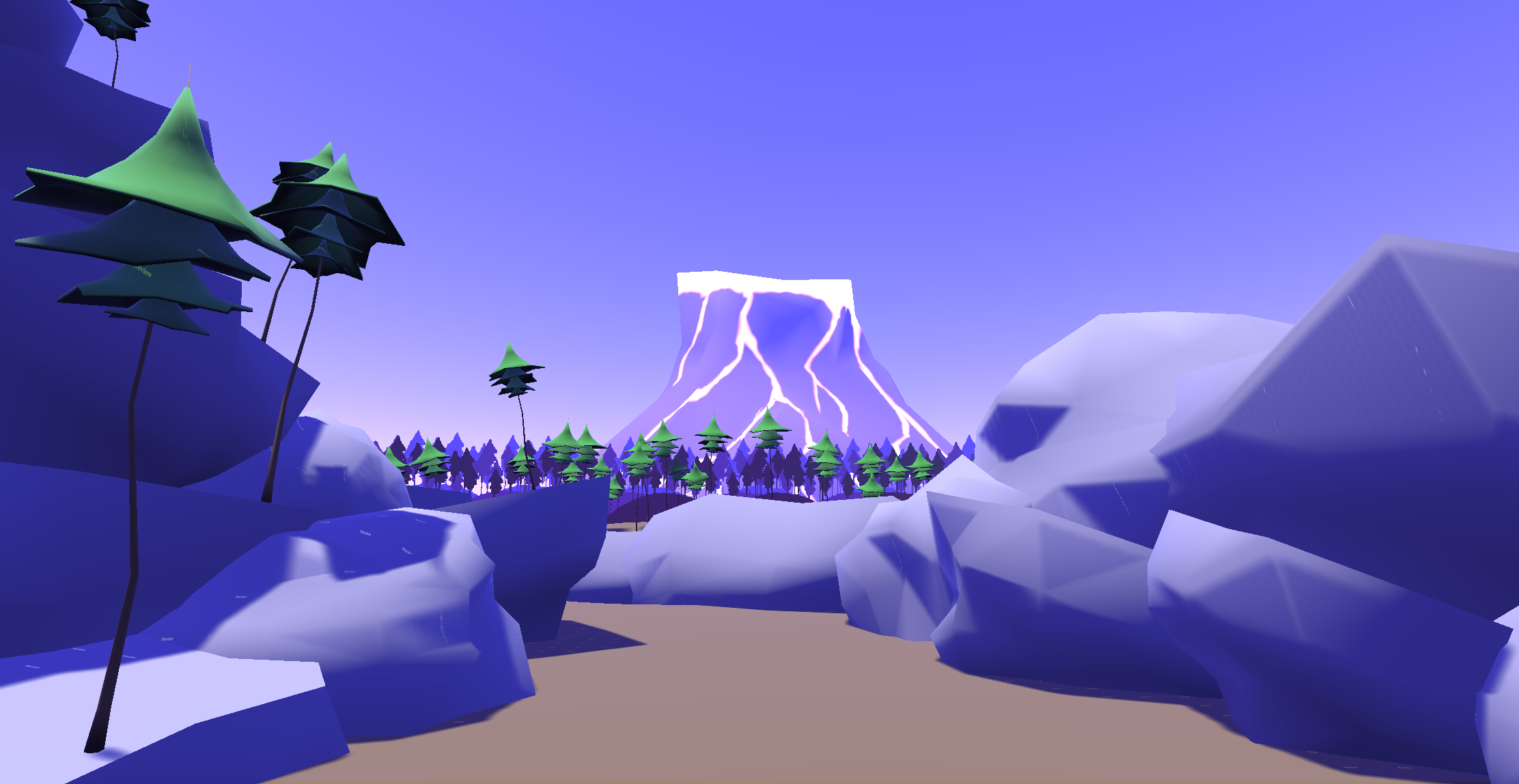 All the colours will be changed along the way. I set it up that way so we could quickly change the colour of a given block in asset. That will be help deciding on the colour palette for the scene in the future stages of development.