This Topic will explain the reasons why I am investing heavy time inside the .ini files of the AI.

Today I'm going to be explaining my many reasons for investing so much time editing the A.I
First of since the very release of Red Alert 2 Yuri's Revenge The A.I has been so very predictable but of course that's part of the game, The Game Engine infact so there's a limited amount we can do about making it more Human like, But that doesn't mean we can't try to change the A.I with what we have got.

Point 1 I am going to make is about the fact that the AI has predictable task forces you know whats coming at your before you see it really & that's what I want to change about the A.I.
Doing this involves creating maybe 250+ Task forces per A.I
So that's

Allied
Soviet
Yuri A.I's but remember with Sub-Factions that's more task forces for independent units that only certain Sub-Factions have access to.

With this in mind this allows the A.I to pick between any of the 250+ task forces then create it strike with it but also there is a way to add a secondary team to the Primary attack force allowing for some interesting combination.
Keep in mind 250+ is just an estimate and would take an extremely long time to create but that's what I am aiming for. 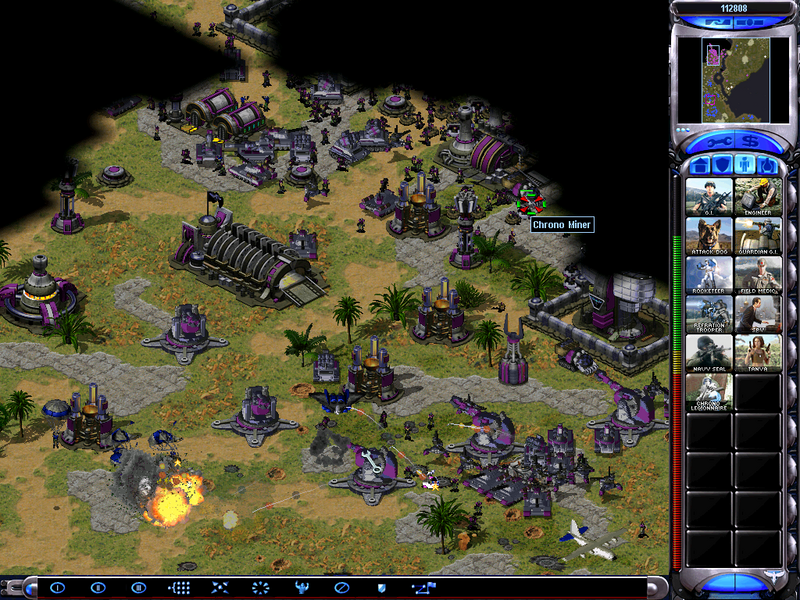 Point 2 I find that most mods are played solo player so creating an A.I that's well worth the challenge has been my goal since day 1 of planning. thus the name Enemy Enhanced.
imagine an AI that could keep pounding you non-stop until you can either muster enough force to push it back, or you watch as it rolls over your defenses with the hundreds of units it has at its disposal.

Point 3 Now with Ares the Coder DCoder does enjoy A.I Coding himself and hopefully one day he is going to try and change some of the ways the A.I does things certain things it can do and so on, I would really like to be able to get the A.I To create forward expansion bases so it has a bigger potentuial threat towards the opponent Human or A.I.

Point 4 I have always had a urge to change A.I's in games and I would like to create one that everyone is like WOW, I had some pre-AI builds and people seemed to be stumpped at how my AI trounced them in a matter of minutes so I want to do that but expand on it so that it can get into lategame and still be pounding you with units & keeping the pressure on so you have to react quick like in online play.

Q&A!
Q. How will the A.I's vairy E.G Easy, Medium, Extream.
A. The easy will be a little bit tougher than the normal Yuri's Revenge, Medium will be better than the Current Brutal in the unmodded game, & Extream well its going to be out of this world.

Q. Will the AI use cheats?
A. Yes, I know it sounds stupid but it wont be WTFPWN cheats like Super units but it will get more income obviously to help the A.I Because its not smart like a human so it does have a slightly better game.

Q. Are there any specific Tactics you want to allow the A.I to do
A. Infact there is a very good early tactic that I have managed to get the AI to do & that is engineer IFV Followed by a backup Engineer IFV, What it does is circles around if possible to avoid danger and goes for your MCV, You may see the first one but the second is normaly the most deadly :)

Thats all for now if you have any Questions just post some comments :)