A quick article discussing the capture mechanic changes coming to the neutral Tech structures located across many maps in CnC: Final War.

Hi, SMxReaver here for a quick article about the upcoming gameplay changes coming in CnC: Final War. One of the most popular features of Red Alert 2 were the Tech Structures, a set of neutral buildings across the map that offered a boon for the player who captured it. In Yuri's Revenge, these were expanded to offer even more options for gameplay tailored to specific maps. Most mods expand or more accurately define the role of the Tech structure, and Final War is no different. However, the similarities between Final War and other projects ends here as the Tech structures are completely different.

Tech Structures have been given a complete overhaul, in an effort to increase their reliability ingame and create places of interest to keep under control. For starters, Engineers no longer capture Tech Structures. Instead, any infantry capable of garrisoning a civilian structure may enter the Tech Building just as they would any other civilian structure. Upon entering, the occupying infantry still fire outside of the building just as if they were a regular garrison structure despite being used to capture. Tech Structures take minimal to no damage from most attacks, and instead pass the damage being dealt to the occupants thanks to the Ares' expanded urban combat features. The occupants inside will die from damage passed into the structure once they have lost the appropriate amount of health.

The European Coalition Rangers are ordered to garrison the Tech Oil Derrick. 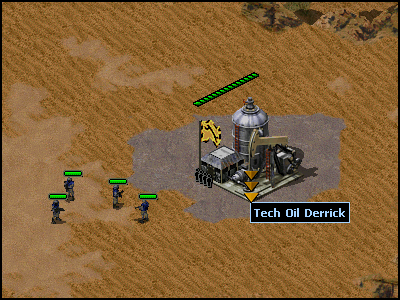 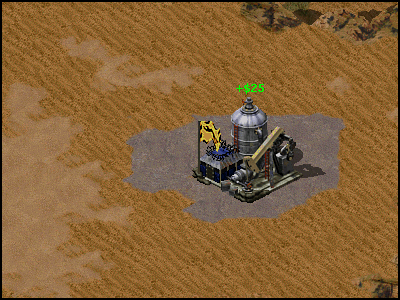 This turns each tech structure a control point on the map, granting you a different advantage based on structure and map choice. Tech Structures have incredibly high health values, and should survive any hailstorm of fire that you throw at them. All of the original Tech Structures appear in CnC: Final War, and have received a buff or rework to increase their value on the battlefield. Two new structures have been added to the Tech Structure, the Tech Field Hospital and the Tech Refinery. The Tech Field Hospital is a smaller, 3x3 version of the traditional Red Alert 2 Hospital. The Tech Refinery is a rare Tech Structure, capable of not only docking any miner but converting the ore straight into money, unlike the faction refineries. Tech Field Hospitals and Tech Refineries both use this new capture logic, and are just the two newest structures added to the mod and will not be the last added.

Thanks for reading, and tune in next time when we discuss the changes to the economy and a few new mechanics used globally throughout the mod.