Posted by generalszhprojectrap on Sep 20th, 2021 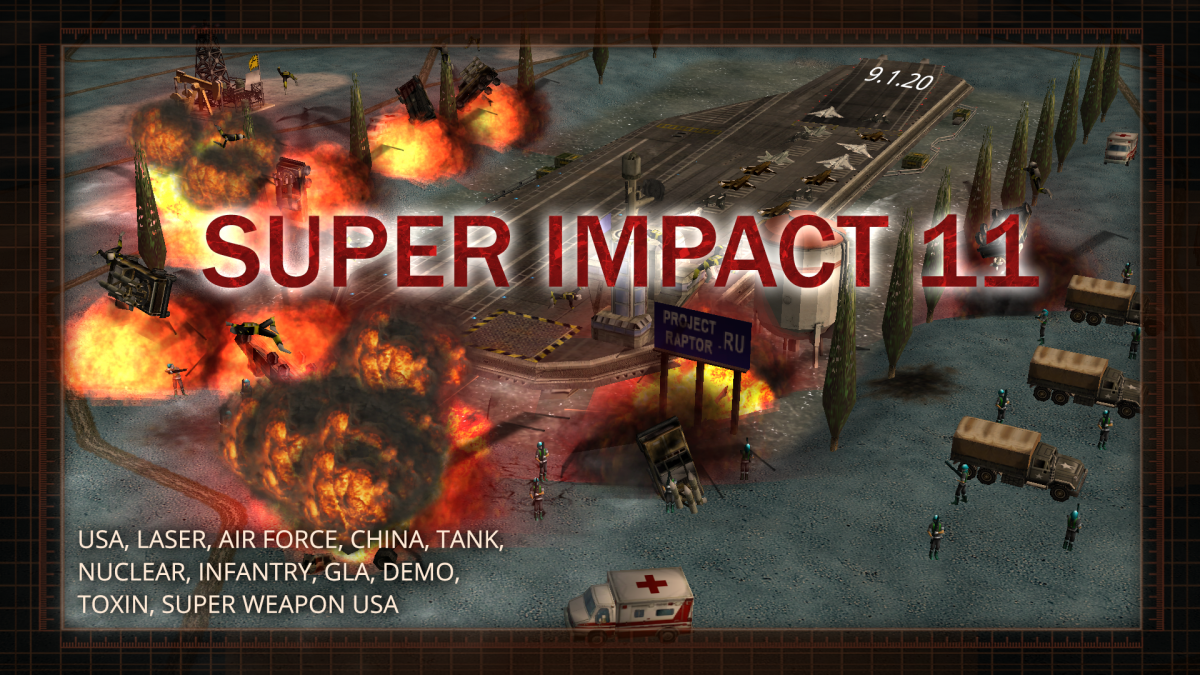 Added money management mode, no matter what amount you choose at the start, 100k or 1 million, at the beginning of the battle $ 10,000 will be credited

New global bots will be loaded on the map without internal reinforcement, aircraft carriers will be in the role of assistants.

The choice of your general is not limited, you can put any generals, aircraft carriers are given to the player who creates the map, so this map will be more suitable for the single-player game mode, but it will work on the network too. Only your friends will not be able to get an aircraft carrier because it is given for the first slot of the player.

11 bots that can be placed on this map and they will work.

Quite an interesting battle mode in 1x5, I recommend trying and changing bots from the list.

Aircraft carriers allow you to use them as a defense for your base or use them for an offensive. remember that their life is about 10 minutes.