The transcript from the Small Dev Talk Interview about Outpost. Learn about the backstory, development process and upcoming features.

Would you rather right for the Pangean Civil Defence or the Peagean Federation? Choose who you fight for in Outpost! Outpost is a new indie game developed by Outpost Software. Not long ago I got the chance to talk with Cameron Lonsdale & Benjamin Schaaf from Outpost Software to see what is to come of Outpost. You can check out the game at Outpostsoftware.com

Small Dev Talk: What is the story in Outpost?

Cameron & Ben: Just as a broad overview, the story is set not too many years in the future, where all countries have finally combined into one overall government. This giant country is called Pangea. This unification drastically improved the worldwide standard of living and poverty levels. As the conditions worsen, each district, what today known as the countries are beginning to revolt in civil war. The war makes up the two teams you play as in the game: The PCD (Pangean Civil Defence), who represents the revolting civilian militia as the green team and the Pangean Federation (PF) who represent the local government body as the blue team. Both sides are equally matched.


Small Dev Talk: On the version that is currently released, there is no single player. Will the final version of Outpost have a single player component to it?

Cameron & Ben: We had thought about doing singleplayer, but it just seemed like it would take away from the multiplayer aspect of Outpost, so we decided against it. 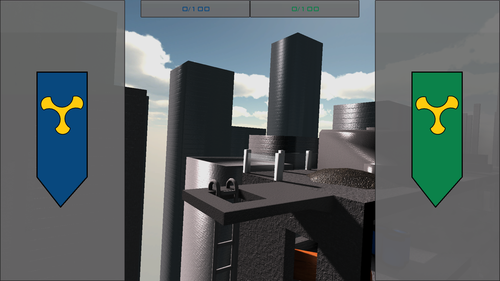 Small Dev Talk: What is the gameplay like in Outpost? 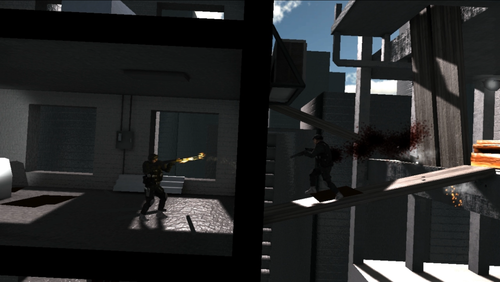 Small Dev Talk: What game modes will Outpost feature?
Cameron & Ben: Other than the two we already have: Team Death Match and King of the Hill. We have plans on adding Capture Point, for some larger maps, Gun Master (Gun Game) and Capture the flag. In the end we just want game modes that that fit to everyone’s play-style, so more people can enjoy Outpost.

Small Dev Talk: What weapons will we see in Outpost?
Cameron & Ben: The final game will feature at least 80 primary weapons and at least 40 secondaries. Tossable C4, the Mateba AutoRevolver, the UZI, the M249, the M16, the VSS and the PP-2000 are just some of my favourites to come, and perhaps some new weapons that no one has seen before. 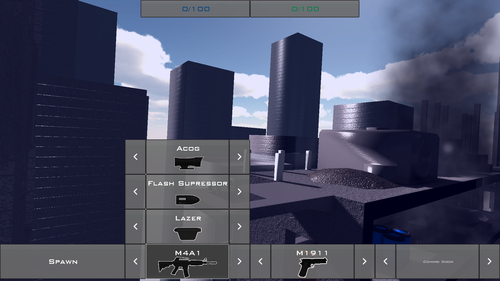 Small Dev Talk: Outpost has great potential in it for the multiplayer components. Will there be any player advancement in the game such as upgrades and/or ranks?

Cameron & Ben: The next update will feature a fully-fledged unlock and rank system, similar to that of any modern shooters. We will also give players the ability to play unranked, meaning people will be able to play with any weapons they like, without having to worry about ranks. 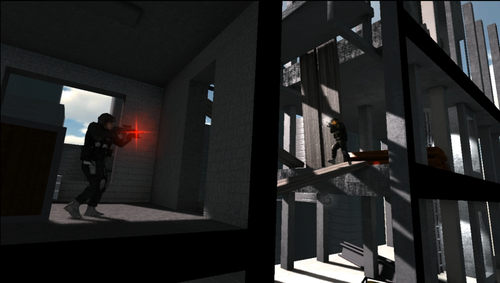 Small Dev Talk: What features are you planning on adding to the version that is currently available?

Cameron & Ben: In the next update we plan on adding the rank and unlock system, a new map, a new Menu to go with the ranking system, new game modes to go with the new map and also helicopters. 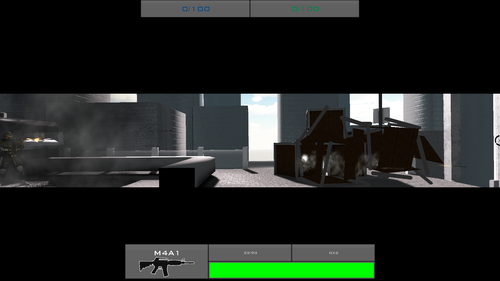 Small Dev Talk: What inspired you to create Outpost?

Cameron & Ben: You could say our inspiration came from the old retro sidescrolling, singleplayer shooters, as well as our passion for video games and the desire to create an enjoyable experience. The general idea is to make a multiplayer experience that combines the old with the new, creating the next standard for multiplayer gaming.

Small Dev Talk: What is your favourite aspect of Outpost?

Ben: I’m torn between the ability to play how you like and the fact that strategy is more important than pure strength. I wouldn’t say that the type of gun you have isn’t important, but unlike other games, every player can be killed if you just use the right strategy.
Cameron: My favourite aspect is how you can choose to play Outpost seriously and aim to be the best player, or just muck around with your friends, experimenting with weapons and tactics.

Small Dev Talk: What challenges did you and your team come across in the development of Outpost and how did you overcome them?

Cameron & Ben: Multiplayer was probably the biggest problem for us. We decided against using anything pre-made, so we had to work through the entire networking ourselves. We knew it was going to be a whole lot of work, but multiplayer still takes up the largest percentage of code in Outpost. And now we are moving to an even more complicated multiplayer system that minimises the possibility of cheating. 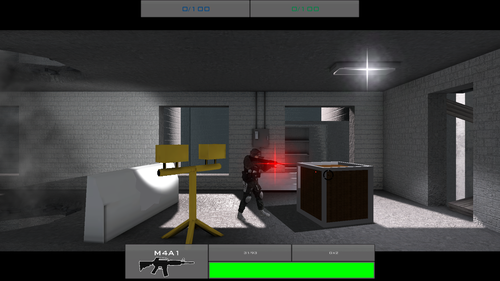 Small Dev Talk: What is it like handling everything from modelling to coding without anyone to specialize?

Cameron & Ben: A whole lot of work. We try not to waste any time we have to spare, we are always designing, coding or modelling. The key is to keep at it, we each have our own strengths and weaknesses, so we always end up helping each other out when it comes to the more complex components.

Small Dev Talk: What engine does your game run on?Cameron & Ben: Unity 3d, version 3.5. We are moving to version 4 in the next update, allowing us to support Linux based systems. 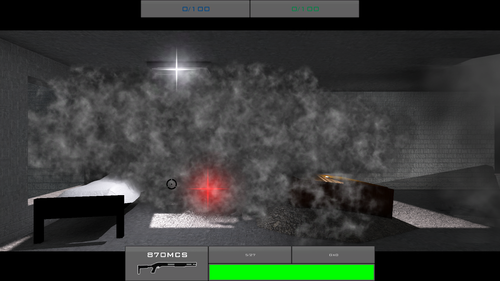 Small Dev Talk: Do you have any advice to upcoming developers?

Cameron: My advice would be, if you have an idea just go for it! If you think it works and you really enjoy it then don’t let anyone stop you!Ben: My advice is to stay at it. If you’re not able to stick with an idea and follow through till the end, you won’t ever get anything done. We’ve been working on Outpost for a year now and our spirit is as strong as ever. If that weren’t the case we wouldn’t be where we are now.

Small Dev Talk: What is the expected launch date for Outpost and will it have a cost or will it be Free-To-Play?

Cameron & Ben: Currently we have no release date set, and we can guarantee that there will always be a Free-To-Play version of Outpost.

Small Dev Talk: The game has a Steam Greenlight Concept page. If Outpost is released on Steam, will you be taking advantage of Steam Workshop for user made content or Steam Big TV for controller enabled gameplay?

Cameron & Ben: If Outpost was to be released on steam, both Big TV and Steam Workshop could be a possibility for Outpost in the future.

Small Dev Talk: Do you have anything to say towards the readers?

Cameron & Ben: Thank you for those who have supported us over the development so far. Keep your eye on Outpost, the best is yet to come.