Sim Hero v2.0 is finally "feature complete" and we took it for a 2 hour test drive. How far did we get? And, who is "Prettyboy"?

Posted by geekfevermatt on Jul 7th, 2015

Welcome to what will hopefully become an ongoing series where we A) test the game, B) showcase the new features and C) share some great stories. Let's get right down to it!

Right out of the gate, we were hit with a rash of wild animal and goblin attacks which devastated our population. Building the Barracks allowed us to install a Guard Captain and we fended-off the remaining attacks, but we were also terrorized by a few crises so we needed to build the Great Hall and reassign our best warrior (Wraiz) as our Champion: 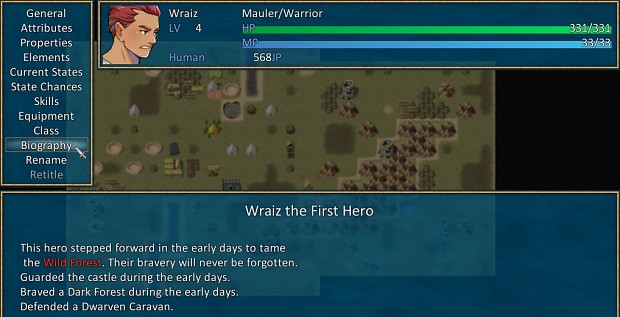 By Fall of Year 1, we had a stable economy going, producing us enough Stone & Wood to build & upgrade the first few buildings: 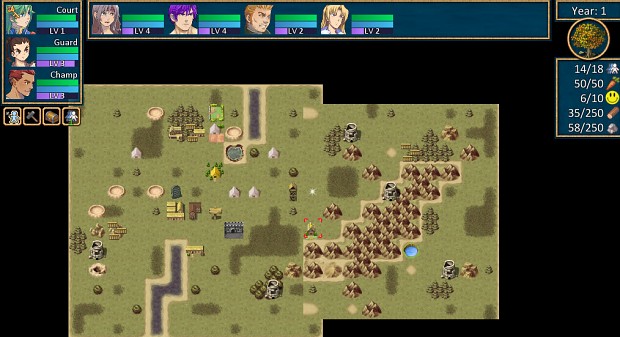 After opening up trade with the Dwarves (and having a fruitful trading session with them), we were then hit with a rash of Dwarf crises. Unfortunately, we didn't have the FAME to convince them we were a good neighbor - so our relations plummeted. We tried to compensate by sending envoys to the Dwarves, but without a few diplomats, it's slow going:

Despite our Dwarven problem, we were humming along. Prettyboy found a Green Swamp Sling and was terrorizing the enemies with his pathfinding skills as part of Party #1. Our economy was also doing just fine: 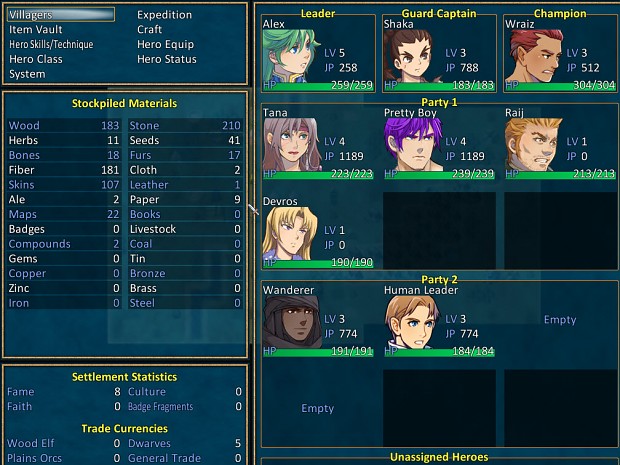 And then everything started to come off at the hinges. We had a little bit of mismanagement (plus an untimely string of -Food events/crises) in the winter time that sent our Food dangerously low:

And then we tried to take the Orc Mines with our adventuring party (which was mostly dual-classed with a few -somewhat decent- pieces of gear). Sadly, Prettyboy didn't make it out alive. Looking through the logs, the blame can be placed on Tana (the healer) as she decided to heal Raij (who was also low on HP) rather than Prettyboy: 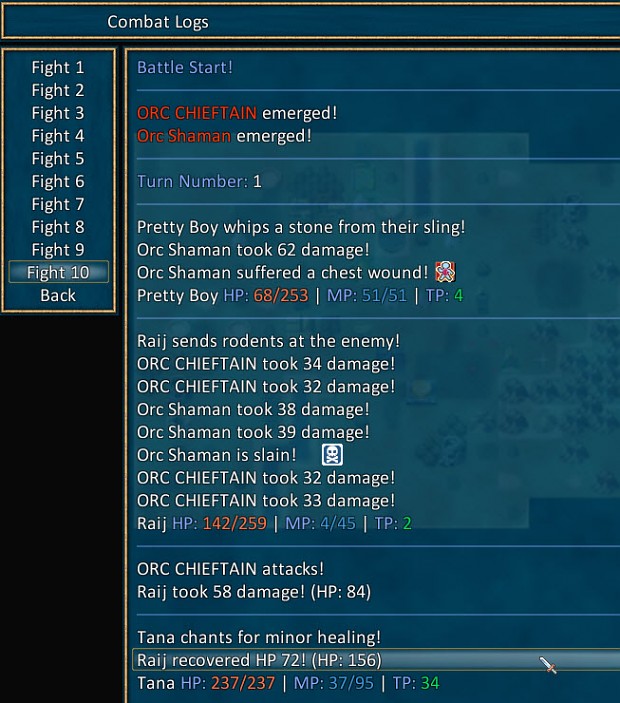 We assume Tana made her decision based on Prettyboy's unwanted advances through the preceding months... We might never know. But the Orc Chieftain had the final word: 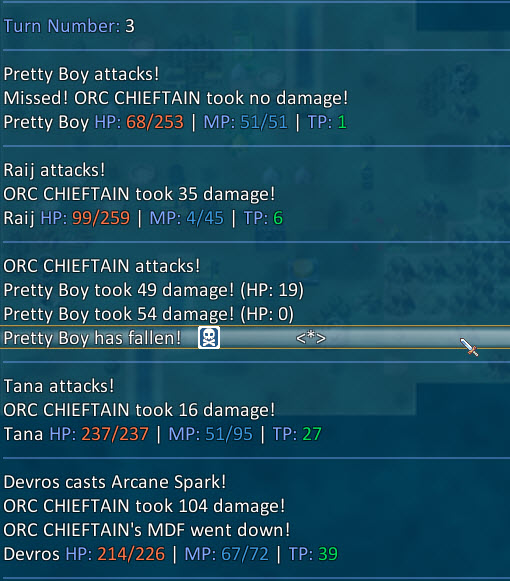 After the tough loss of our best Pathfinder, and some more resource management, our settlement looked like this at the end of year 1: 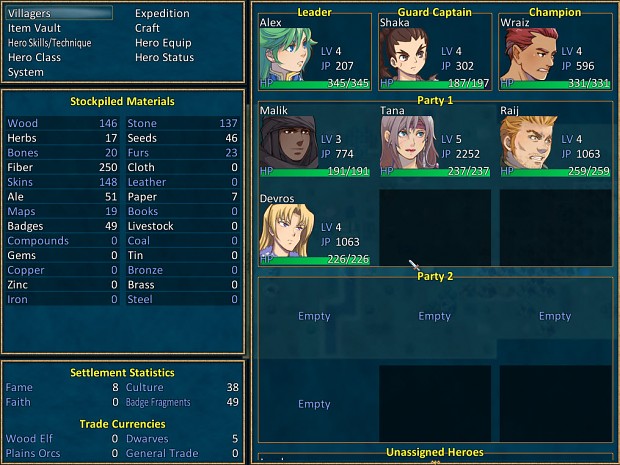 And Alex, through the drinking of many potions and a few envoy missions, is looking strong: 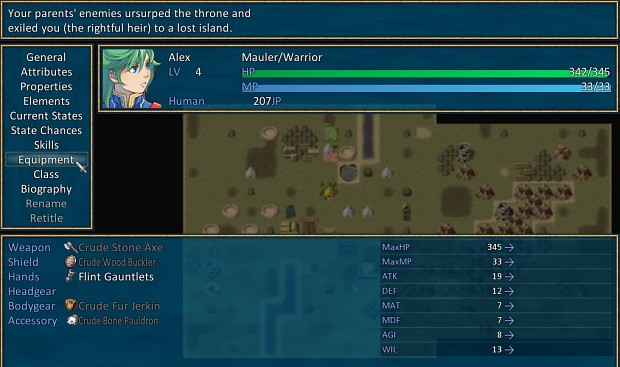 Stay tuned as we'll post more reports as we go along our initial testing of Sim Hero v2.0. Our next goals are to find some better loot and working the Orc Mine we paid for with our ?dearest? blood...