Posted by geekfevermatt on Jul 9th, 2015

Despite the death of one of our best heroes, our settlement was looking strong at the end of year 2. We had a great infrastructure and enough villagers to do the work required to keep moving forward. Our leader had multiclassed and was able to handle duels without problems. However, sadly, our loot was lacking (already fixed the drop rates) so we made a concerted effort to hit the dungeons for better gear: 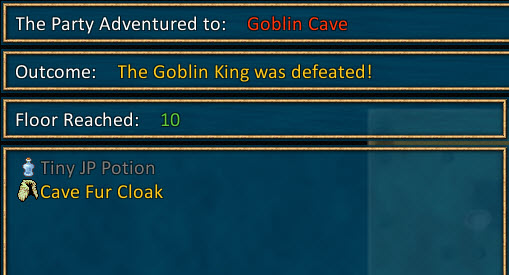 The future was looking bright!

...Until the attacks started. They began slow with a simple goblin raid that my guard captain and handful of guards easily fended-off. But that false sense of security quickly faded as attack-after-attack hit our settlement. One guard captain was killed in valiant defense, so I put another in his place. Sadly, our new guard captain was also promptly killed by cannibals: 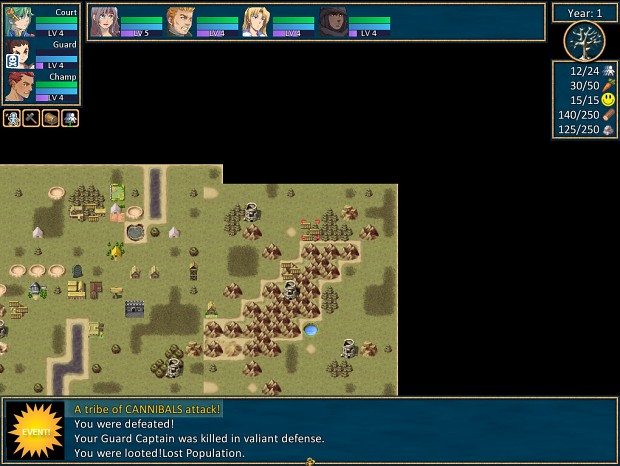 After dealing with a Vengeful Tribe, my Champion was pulled for double-duty, serving as Guard Captain and only switching to Champion when Crises threatened the settlement. That worked fine for a while, but the attacks just kept coming and population got to a critical low:

Sadly, even our mighty champion couldn't save the settlement from falling (he was getting ready to go deal with a crisis) and we lost our last villager to old age. Here rests our abandoned settlement. Our heroes have scattered, our treasures have been stolen and the goblins pick at our bones: 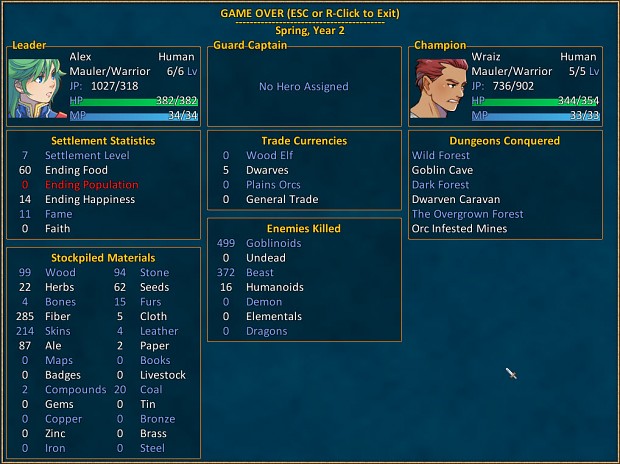