Rusviet Air units improved! The Rusviet Skybike is equipped with powerful rockets that are potent against air and ground. They are speedy and have longer range than the default skybike. The Rusviet Airlift can deploy a smokescreen to hide allies and removes suppression from nearby allied infantry units. Lastly is the Rusviet Gunship. Armed with a 4 burst heavy cannon, it deals massive damage but is highly inaccurate.

Hey guys,
this feature will showcase the first changes so far in the Diversity Mod. I have made each Rusviet air unit different from the base ones, and they are all producible from the new structure, the Rusviet airfield. Files for these changes will be forthcoming once all factions gain the Airfield and unique aircraft.

When Usonia attacked Rusviet forces in Alaska, the Rusviets were able to capture many downed Skybikes from both sides. The poor performance of the Rusviet skybikes against Usonian Airships like the Revere prompted them to redesign their existing mod. The end product is the present skybike.

Armed with guided rockets, the Rusviet skybike is effective against both air and ground, and outrange the standard skybike. Furthermore, the explosive power of the rockets create crowd control, something the original mgs could not do.

Developed in a secret base in the Kamchatka Peninsula, the Tsarist forces have been able to keep this model of skybikes from Revolutionary hands. 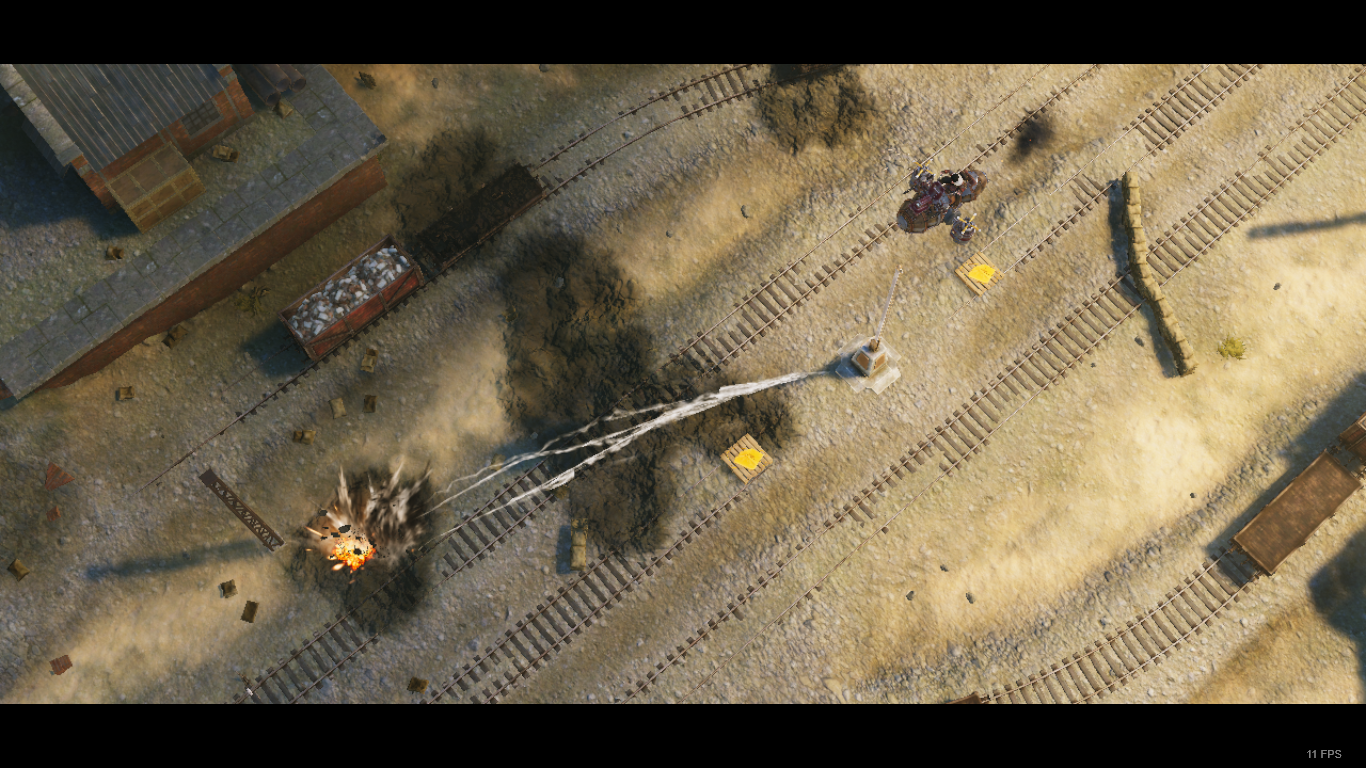 The original Airlift was far too basic and slow for modern mechanized combat, so a new model was developed. The new Airlift is faster and can unleash a rallying cry, healing and removing suppression for allies, while suppressing enemies.

The sight of an Airlift raises the morale of troops on the field, while enemies are demoralized. 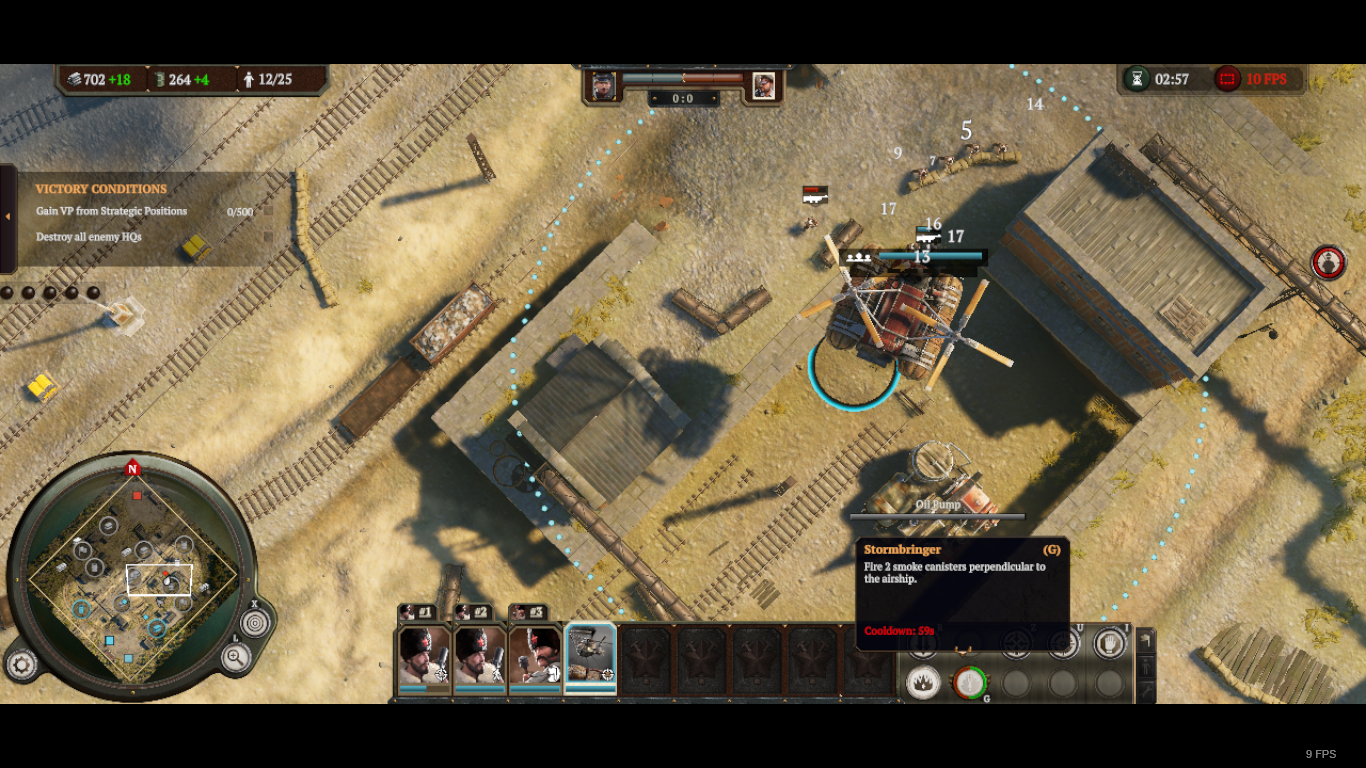 The Usonian Gunships used by Rusviet had a special ammunition that Rusviet could not constantly buy, so the Rusviet military built its own weapon for its gunships. Its design is very similar to the Nagan's: high burst, medium damage, and low accuracy. However, the Gunship's ammunition is much more explosive.

The Rusviet Gunship can also use a variety of special abilities to support units on the ground. These are a sweep of bullets to suppress enemy infantry and a powerful rocket that deals a lot of single target damage. 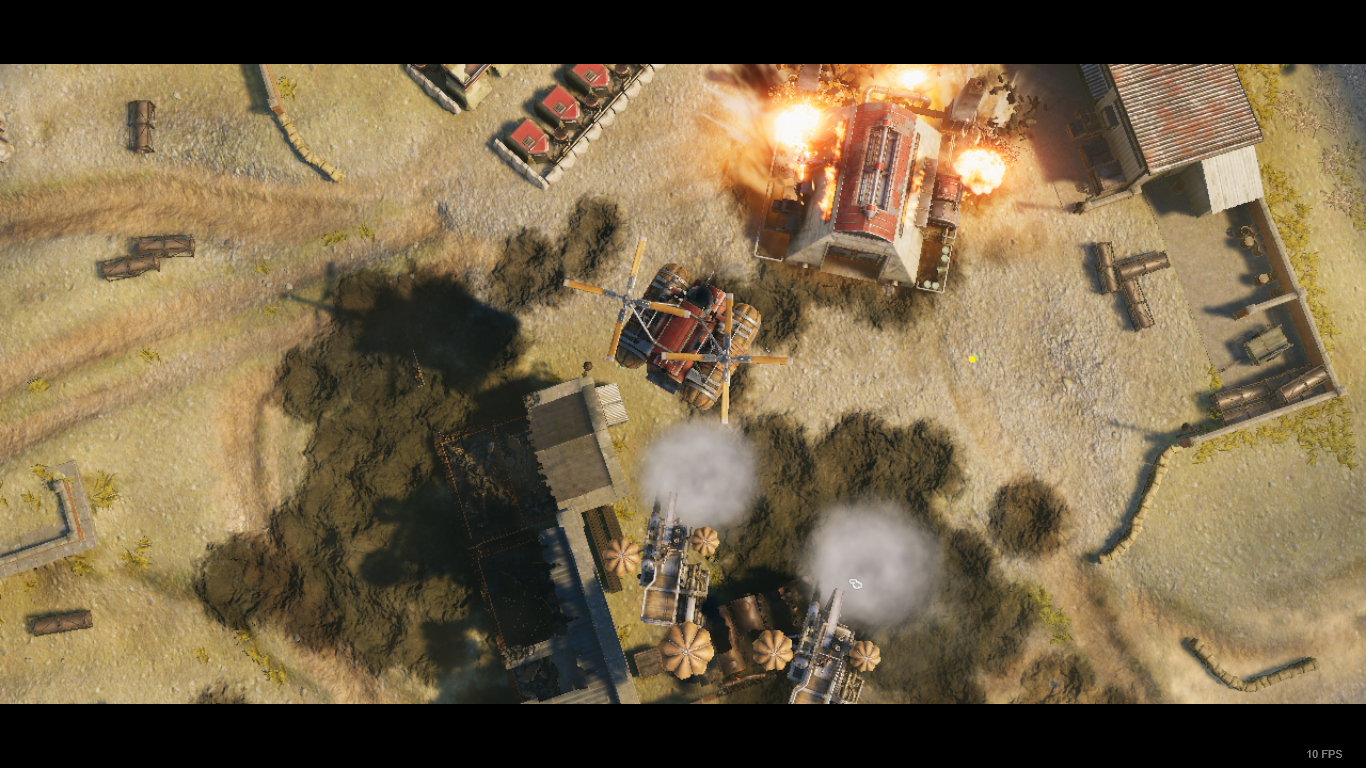 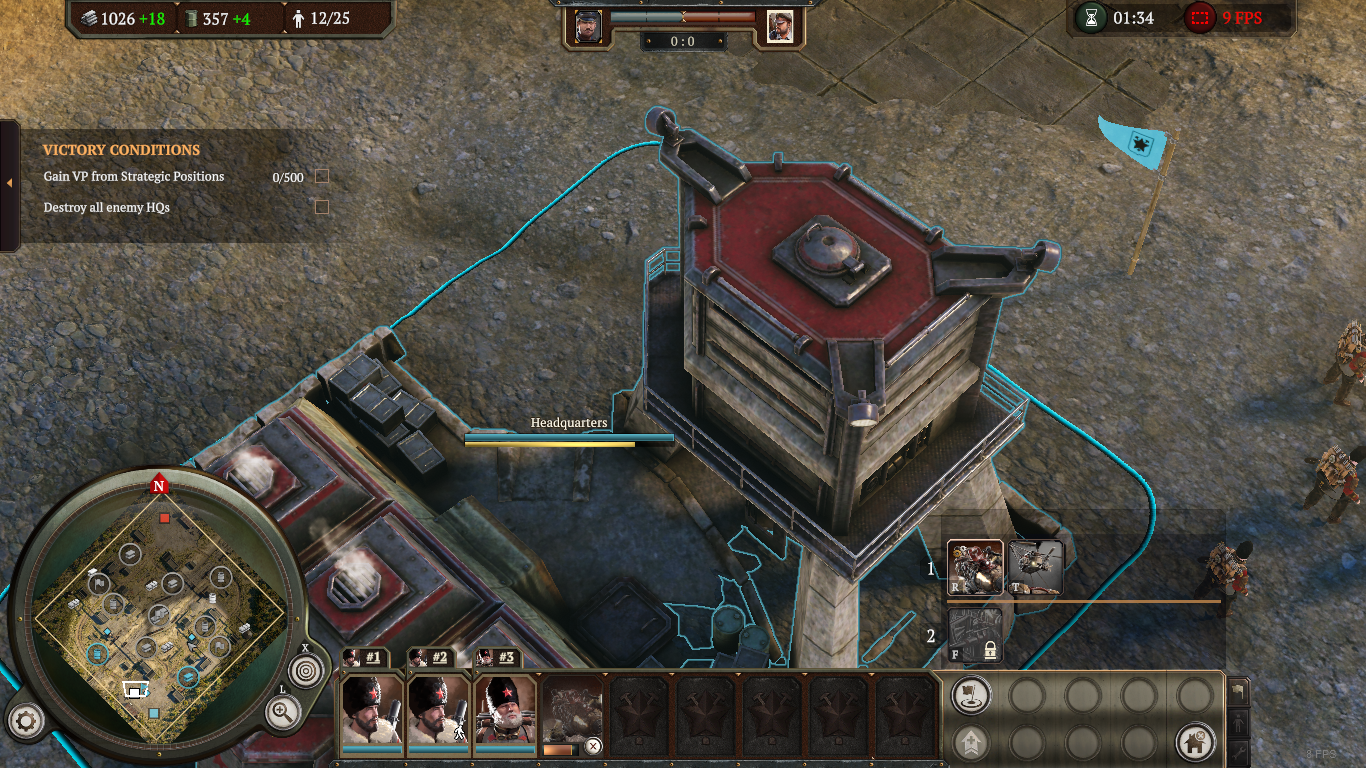 This structure is still being worked on, but it is now the productions structure for air units. Rusviet air units have since been removed from barracks and workshop. Note that although it uses the headquarters model, the Airfield is a separate structure. 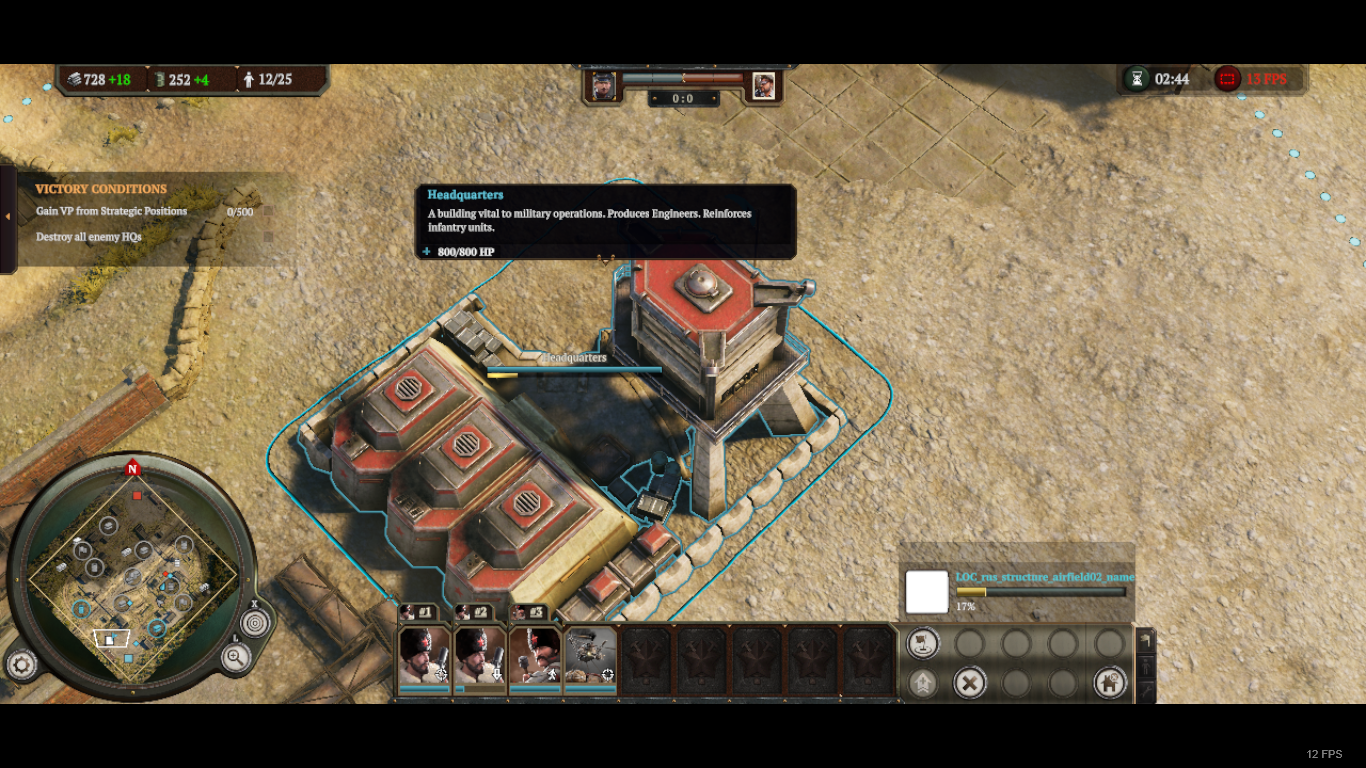