Run on the Bank is a action shooter for the mobile Android devices, about a wealthy eccentric man named Ramblington Babbling and his goal to recover his lost riches!

Run on the Bank is a game about a wealthy man, Ramblington Babblington, one day while swimming in his vault filled with his money, the vault suddenly exploded scattering his money everywhere. Babblington is determined to get his money back and run on the bank but he has many terrible foes who will stand in his path. Will you get his money back or will Babblington wind up in the poor house. 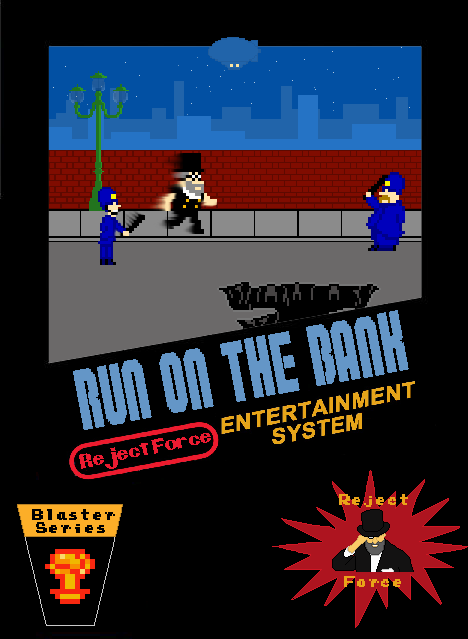